Can a South Street Movie Theater Save South Street?
Subscribe
Follow
I'm a scraper
This search result is here to prevent scraping

Can a Movie Theater Save South Street?

The man behind the new South Street Cinema certainly seems to think so. 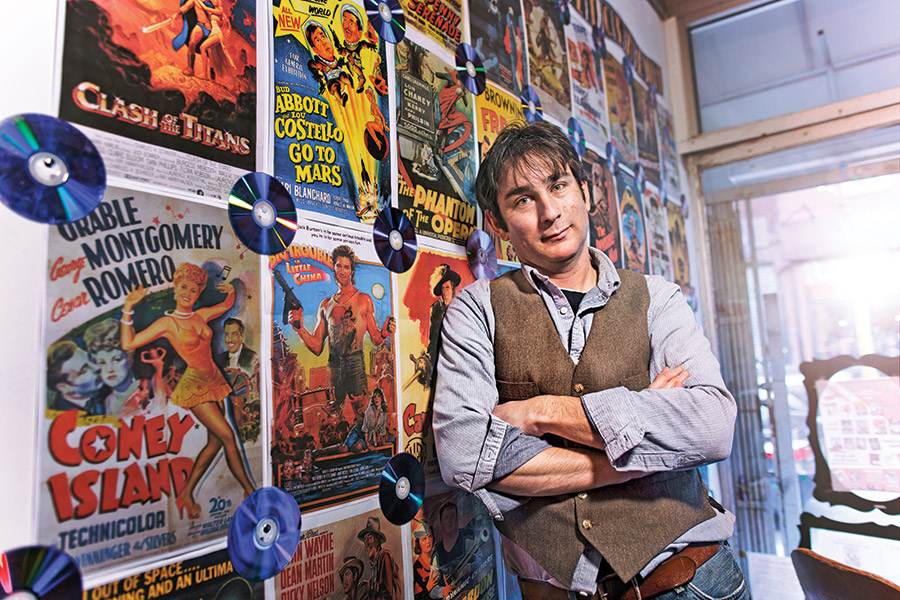 Ah, South Street. What was once a fringy, magical place is now an unattractive commercial strip of smoke shops and bro bars that I wouldn’t be caught dead in. South Philly resident Bill Arrowood wants to change that.

The Temple film-school alum recently opened South Street Cinema on the 300 block. In addition to being a film buff, Arrowood happens to be the assistant director of the South Street Headhouse District, and he’s brought his hobby and his job together in one 40-seat movie theater. “South Street has a history of being an eclectic, creative neighborhood where strange and unusual businesses can thrive and grow,” Arrowood says.

“Strange and unusual” is exactly how to best describe the offerings at the theater. South Street Cinema hosts a monthly VHS swap party at which enthusiasts can exchange tapes and watch a VHS movie on the big screen. There was a recent showing of cult horror film Buzzard Hollow Beef. (Two words: cannibal hillbillies). And this month, Arrowood is proud to present an entire weekend celebrating the bizarre work of filmmaker Ed Wood, as well as a showing of The Ghastly Love of Johnny X, the very last movie ever shot on real 35mm black-and-white film. Who knew?

How the heck do you make money showing such obscure films? Arrowood (smartly) isn’t in it for the cash. Admission is pay-what-you-want. “This is about community and bringing people down here,” he insists. “You build a community, and commerce will follow. This is a great opportunity to reshape South Street.”

Published as “Can a Movie Theater Save South Street?” in the March 2018 issue of Philadelphia magazine.