Walnut Street Theatre’s talented ensemble is its own reward, but they can’t disguise the thinness of Ken Ludwig's script. 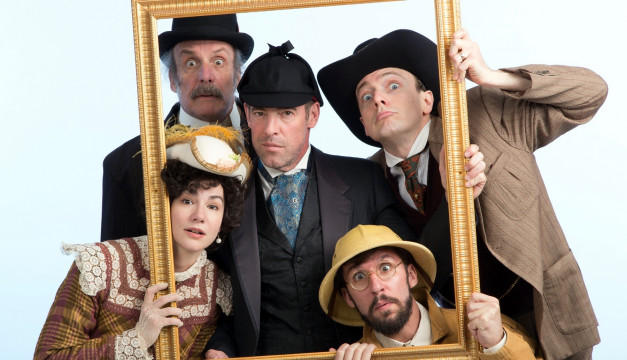 When playwright Ken Ludwig’s high energy but slender Baskerville: A Sherlock Holmes Mystery last came to town, the stars of the show were its design team. That shared production at Philadelphia Theatre Company boasted an astonishing array of ingenious scenic tricks, and what seemed to be literally hundreds of ever-changing lights. At the time, I recommended the show to anyone who “loves theatricality for its own sake,” although the actors—all of them good—were largely background for the special effects.

Two years later, that situation is reversed at the Walnut Street. There are some clever effects here, too—but director Bill Van Horn’s Baskerville is very much actor-driven. The intimate confines of the Independence Studio 3 space make the experience feel almost interactive. 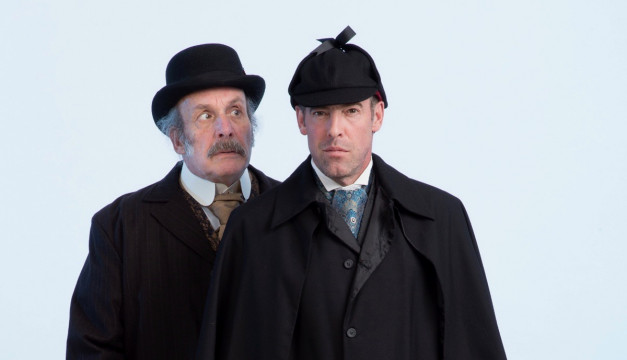 Happily, the talented performers make it worthwhile. It’s a cast of five—Ian Merrill Peakes is Sherlock Holmes; Bill Van Horn is Watson, and the rest of the characters are played by Sarah Gliko, Dan Hodge, and Jered McLenigan. They’re all terrific, but particular kudos to McLenigan for his variety and virtuosity in several roles, and Peakes, whose deliciously sly, foppish Holmes is reason enough to see the show.

But whether it’s actors or the designers who dominate Baskerville, what is impossible to ignore is the thinness of Ludwig’s script. Jokes abound—some funny, others not so much—but at the cost of character development, narrative coherence, and even any sense of scariness or suspense. And what’s Sherlock Holmes without mystery? The hero himself would surely figure out what’s wrong here. As he might well have posited, “Elementary, my dear Watson: the play’s the thing.”