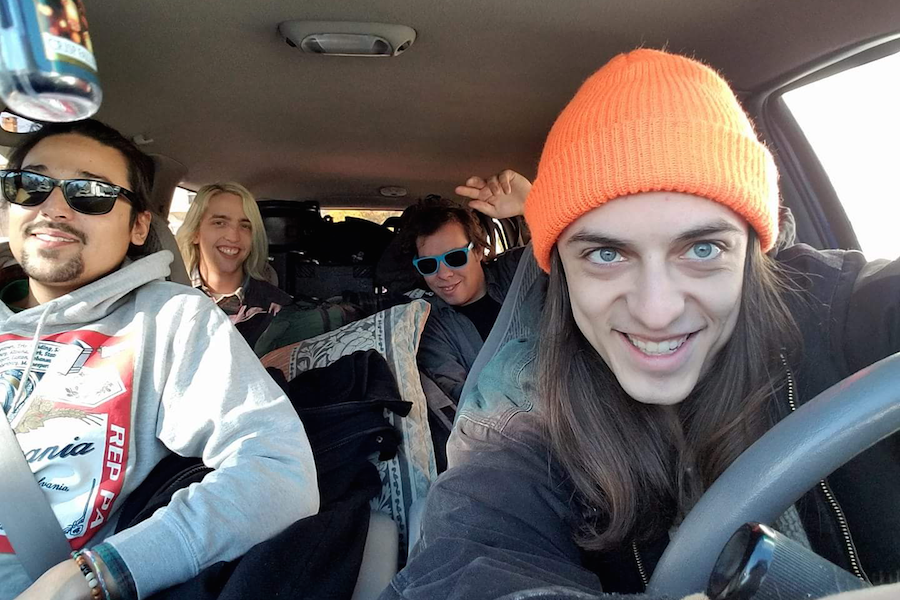 Cerulean Blue @ PhilaMOCA | Wednesday, January 3
If you’re the kind of music fan who runs screaming from anything with the “experimental” genre tag, first of all you gotta relax. And second of all, give Cerulean Blue a shot. Sure, it can be dissonant, confusing and maybe even contrarian, but there are plenty of engaging bits. The Philly band released the four-song Take It or Leave It in July and it gives me that old Modest Mouse/Guided By Voices feeling — that rock music has an obligation to color outside the lines.

Lame-O Records Rock Residency @ Boot & Saddle | starts Thursday, January 4
A four-show “rock residency” sounds pretty ambitious for a label called Lame-O, right, but they’ve got the talent to deliver the goods. Founded five years ago just to release a Modern Baseball record, Eric Osman’s Lame-O has become a reliable source of music in this town and this series is a good chance to show off the goods. (Also, each show is a fundraiser for one organization or another, and coats and warm clothing will be collected for those in need.) Here’s the rundown:

Madalean Gauze @Boot & Saddle | Friday, January 5
Artsy lo-fi rock band Madalean Gauze (led by the singer-guitarist of the same name) just released Cool and Fun in July, but here she is/they are with a new EP called FUNeral. This show’s a benefit for Valley Youth House. Show up on time for Queen Of Jeans, Louie Louie and Empath.

Frog Holler @ Johnny Brenda’s | Saturday, January 6
Frog Holler are rootsy rock royalty if you ask me, so it’s always a treat when Darren Schlappich gets the band together for a show. This one’s extra special, with Schlappich’s newer band Dem Hills kicking things off.

Wombats @ Union Transfer | Tuesday, January 9
It’s a well-known story at this point: British alt-rock/post-punk band gets kinda big kinda quick in the early 2000s, only to find it fading just as fast. Disappointment, car accidents and long hiatuses follow. So, it’s nice to see the Wombats back at it, or still at it. Their new one is called Beautiful People Will Ruin Your Life.