Moms Who Strip: Pregnant Women Do Burlesque at Franky Bradley’s

We talk to the very pregnant creator of Bumps and Grinds. 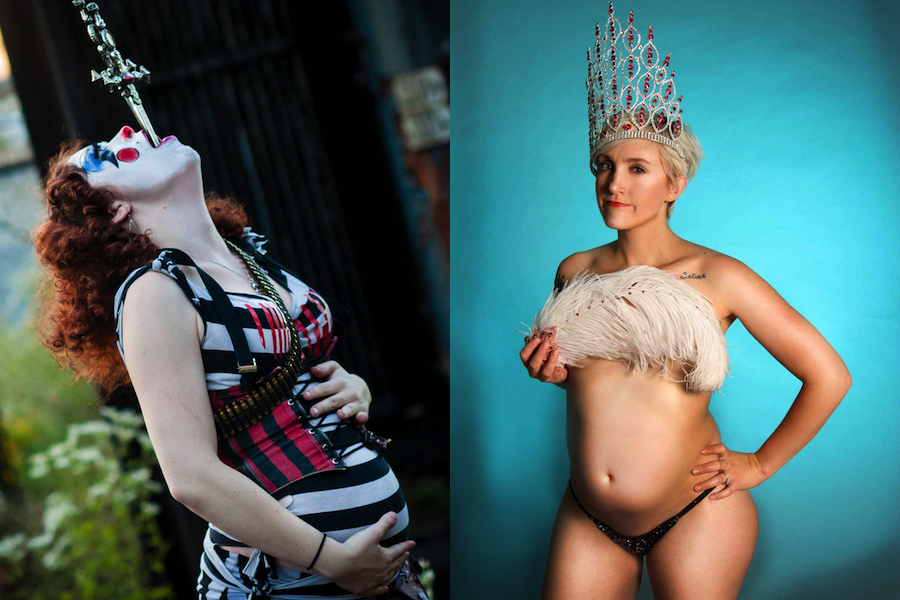 Popular Gayborhood bar Franky Bradley’s hosts a lot of burlesque shows, but this weekend, they’ve got something completely different in store for audiences. On Sunday, the club presents the first-ever Bumps and Grinds: An All Mama Revue, featuring performers who are pregnant or who have children. On Tuesday afternoon, we spoke with 29-year-old and eight-months-pregnant Bumps and Grinds founder Hattie Harlowe (not her real name) to learn more.

What’s your background on the local burlesque scene?
I started out pretty casually about five years ago after going to a bunch of shows and thinking that it was something that I wanted to try. And I’ve gone from casually getting into it into somewhat obsessed. And earlier this year, I was the co-winner of the 2017 Philadelphia Burlesque Battle Royale. I’m producing my own shows, performing a lot more, and trying to make a name for myself in the city.

Where did the idea for Bumps and Grinds come from?
Well, I actually got a lot more serious about burlesque after having my first child two years ago. I had this forced time off, and I would sit around and think about the kind of art I wanted to make. And there came this confidence, this idea of, Oh, I made a person with my body. I can do anything. And suddenly it wasn’t scary anymore. I realized there are so many other mothers who are performers.

What about your own mom? How does she feel about all this?
She is very supportive of the idea but she has not come to a show yet. She has been asking me where to go to get good lingerie.

Naturally, there are going to be some real old school thinkers out there who say you should be at home with your feet up and not baring your skin in public.
There’s plenty of time for that later. It’s frustrating when people want to dictate how women express themselves and the experiences we can have. That’s part of the reason I wanted to do this show. People are either overly sexualizing and objectifying pregnant women and moms or they turn us into inanimate objects who cannot possibly be sexual. I’m not down with that. I can dance and perform burlesque and then go home and put my sweatpants on if I want.

Any unusual dressing room requirements or other things to consider with a show like this?
[Laughs] I did one show before that was similar and I had to bring a breast pump into the dressing room at one point. 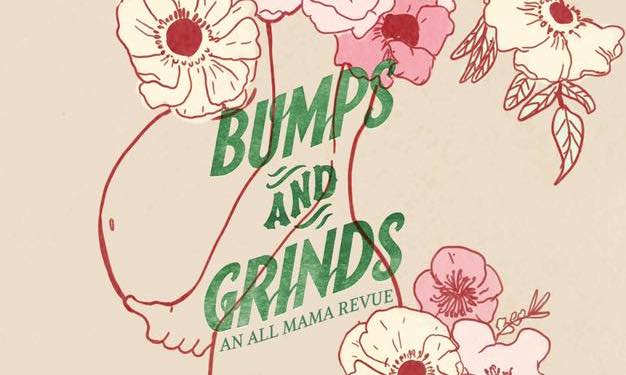 Do you dance to traditional burlesque music?
I do like dancing to jazz, but I like to play around with other music as well. I’m doing a fan dance to a Childish Gambino song. I’ve performed as Hillary Clinton to the Fifth Harmony song “That’s My Girl.” I’ve danced to Mozart. It’s a big mix. Metal music is the new thing I want to try. It’s very theatrical.

I know you have a big roster of great performers, but is there one in particular we should look out for?
MacKenzie Moltov. She has the world record for sword swallowing while pregnant. She’s so badass.

Will you do another Bumps and Grinds?
The reception has been so great that I’m thinking of doing another one around Mother’s Day.

You’re about to have your second kid. Will we ever have another chance to see you dancing while pregnant?
[Laughs] The last time for sure! The last time ever. I think this is it for us.