The Shins, The Hooters, Yolanda Wisher and more. 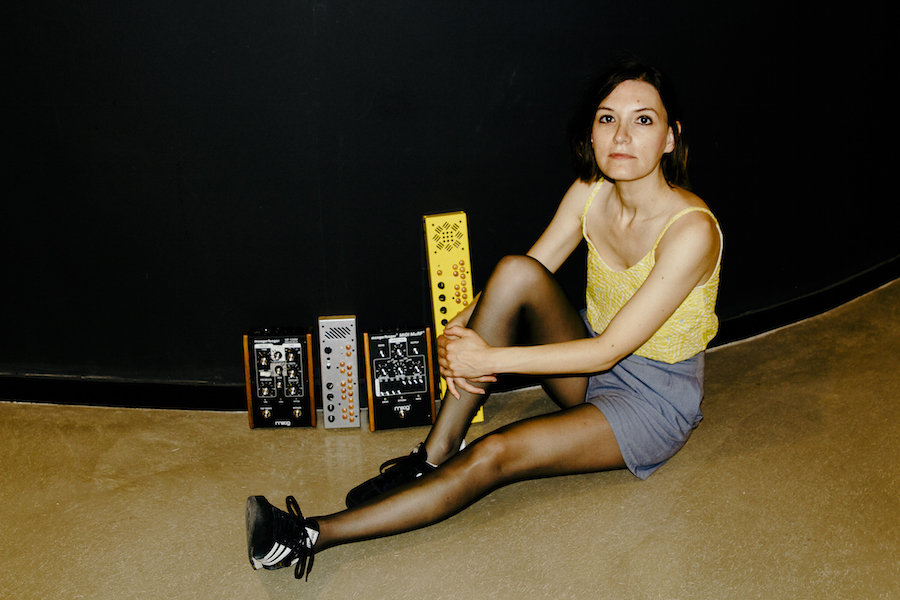 The Gap @ The Drake
Azuka Theatre presents a world premiere by Philadelphia playwright Emma Goidel. The Gap is a dark comedy about a woman who thinks she was abducted by aliens, and her sister who thinks she’s nuts. Directed by Rebecca Wright. Through November 19.

The Gap @ The Drake
Azuka Theatre presents a world premiere by Philadelphia playwright Emma Goidel. The Gap is a dark comedy about a woman who thinks she was abducted by aliens, and her sister who thinks she’s nuts. Directed by Rebecca Wright. Through November 19.

Turkuaz @ TLA
Feel-good kitchen-sink funk — a little Motown, some disco, a bit of George Clinton, you name it.

Mansfield 66/67 @ Lightbox Film Center
This experimental documentary by David Ebersole and Todd Hughes recounts the last two years of Bryn Mawr–born actress Jayne Mansfield’s life “and the speculation swirling around her untimely death being caused by a curse after her alleged romantic dalliance with Anton LaVey, head of the Church of Satan.”

Kaitlyn Aurelia Smith @ PhilaMOCA
This ethereal, ambient noisemaker makes music that at first seems peaceful but after awhile you have that “lost in the woods where everything wants to kill me” feeling. Lots of spooky vocals, swirling synths, clicks, bleeps and chirps.

Tera Melos @ Fillmore Philly
Electronic punk from Sacramento. In this video, a digital slug stabs things that get in its way.

The Hooters @ Keswick Theatre
The Hooters were once the biggest band in town, with a slew of hits on ’80s radio and an appearance at Live Aid. They have a ton of memorable songs; this one’s my favorite:

Hollywood Babble On/Kevin Smith @ Punchline
The director/podcaster/raconteur sets up shop at Punchline. On Friday, Smith and Ralph Garman do two shows talking about showbiz, just like they do on Hollywood Babble On. On Saturday, there’s two installments of An Evening with Kevin Smith, which I believe is a kind of free-for-all type thing.

The English Beat @ Underground Arts
According to Wikipedia, there are two versions of this ska/new wave band out there. From what I can tell, this show features the Dave Wakeling U.S. iteration (as opposed to the Ranking Roger U.K. one).

Worriers @ Johnny Brenda’s
I like the way this Brooklyn band makes dancey, guitar-heroic rock. So much fun. They recently made an appearance on The Chris Gethard Show and kicked ass. P.S. show up on time for Thin Lips and Katie Ellen.

Lola G/Daytime Cleaners @ Kung Fu Necktie
You might know Lola G from her dreamy, stargazey L.A. duo DTCV. Steven Soderbergh directed one of their videos. As for Daytime Cleaners, they’re a local “jangle pop/kiwi rock” band that claims The Clean as one of its influences. Interest sparked.

The Shins @ The Fillmore
Albuquerque’s finest return in support of Heartworms, released at the beginning of the year.

Mutantis @ South Street Cinema
Philadelphia Unnamed Film Festival presents Dire Wit Films’ tribute to classic monster movies. “When an unscrupulous scientist drags his stepchildren out into the forest to use them as bait in the hopes of luring out a big foot, not even the team of hillbillies he hired can contain the horror they find.”

Philly Bike Expo @ Pennsylvania Convention Center
Look at bicycles and maybe buy them but surely at least discuss them with lots of other enthusiasts and vendors. Saturday & Sunday, November 4 & 5.

Japanese Expanded Cinema Project @ Lightbox Film Center
Two programs of works by “seminal artists who experimented with multiple film projections and performance.” Includes Phenomenology of the Zeitgeist by Rikuro Miyai, Hopscotch by Kanesaka Kenji, Dance Party in the Kingdom of Lilliput, No.2 by Takahiko Iimura and many more.

Pirate Jenny’s Conspiracy @ International House
Poet Laureate of Philadelphia Yolanda Wisher tells the story of Pirate Jenny, from Kurt Weill’s Threepenny Opera. “Musing on black love and rage, civil rights, and the meaning of womanhood, Wisher’s tour-de-force performance travels the continents of spoken word and song, with first-mate and double bassist Mark Palacio at her side.” Nina Simone had a thousand songs that could make my hair stand on end, but nothing scared me quite like her version of “Pirate Jenny.”

Margaret Cho @ The Fillmore
The veteran standup comedian in on her Fresh Off The Bloat tour, featuring personal material about drugs, drinking and other dangerous pursuits. This show kicks off the First Person Arts festival.

Jonwayne @ Kung Fu Necktie
The L.A. artist rhymes like an MC and looks like a beat poet. He dropped Rap Album Two back in February.

Josh Ritter & the Royal City Band @ Union Transfer
If Paste magazine raised a baby, it might grow up to be Americana/folk singer-songwriter Josh Ritter. That’s not a burn; he’s really good at what he does. (It is, however a calculated statement on nature vs. nurture.) Get there early for the sweet melodies of Good Old War.

Colleen @ PhilaMOCA
Artful, ambient electronic music from France. Her latest, A flame my love, a frequency, is like a long, tense waking dream — a bit blissful and a smudge sublime, but always ready to teeter into darker territory.