The celebration of features, docs and shorts starts tonight with I, Tonya. 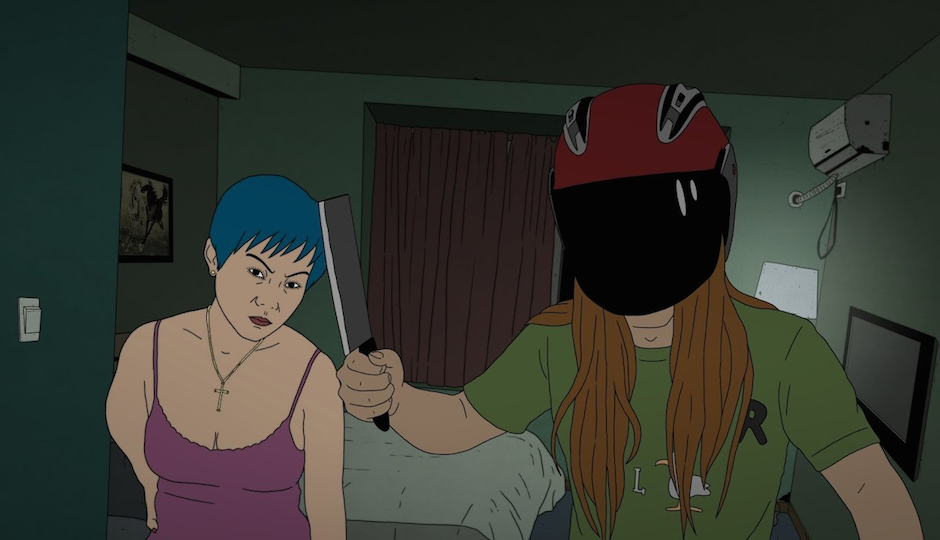 The animated Chinese thriller Have A Nice Day screens at Ritz East October 20 and 29. (youtube.com)

As always, the Philadelphia Film Festival has put together an impressive lineup of features, documentaries and shorts. It’s a lot to sift through. Here’s the outside scoop on 14 films that look promising.

11/8/16
Too soon? This documentary intertwines the footage of 16 filmmakers — including Philly’s Don Argott and Sheena M. Joyce — who were shooting all over the country on election day last year.

At the Drive-In
This documentary tells the story of the Mahoning Drive-In Theatre (in Lehighton, PA — about a two-hour drive from Philly) as its longtime owner/projectionist and a bunch of film buffs work to keep the place going.

Beauty and the Dogs
This Cannes hit should be one of the most talked about entries in the PFF. Using nine continous and visually arresting shots, filmmakers Khaled Walid Barsaoui and Kaouther Ben Hania tell the story of a Tunisian woman dealing with apathy, anger, and horror in her search for justice after being raped by three police officers.

Django
Reda Kateb stars as Django Reinhardt in this biopic about the legendary jazz guitarist escaping the Nazi-occupied Paris.

Golden Exits
Alex Ross Perry (Listen Up Philip, Queen of Earth) directs this thoughtful family drama about a young foreign girl living among unhappy Brooklynites. Stars Emily Browning along with Chloe Sevigny, Jason Schwartzman and Mary-Louise Parker. The trailer gives us nothing, but it’s alluring, in a way.

Gilbert
Documentary director Neil Berkeley (Harmontown) gets under the skin of Gilbert Gottfried, the veteran standup comedian and actor with the very distinctive voice.

Have A Nice Day
This fast-paced animated thriller from China has earned comparisons to the Coen Brothers and Quentin Tarantino for its quirky humor and idiosyncratic storytelling. Plus all the blood. It’s about a dude who steals money from a crime boss to pay for his girlfriend’s plastic surgery.

Ismael’s Ghosts
This why we go to film festivals: to see “dense and literary, yet funny and moving” French films about French filmmakers going on holiday with their lovers, only to have passionate and mysterious events unfold. Stars Mathieu Amalric, Marion Cotillard and Charlotte Gainsbourg. I couldn’t find a trailer with English subtitles, but you’ll get the gist:

I, Tonya
The festival opens with a bang, with Margot Robbie playing Tonya Harding in Craig Gillespie’s (Lars and the Real Girl, The Finest Hours) ripped-from-the-headlines dark comedy/biopic. It’s based, of course, on the insane U.S. figure skating scandal that preceded the 1994 Olympics and the media frenzy that followed. Younger viewers will probably be Googling furiously to find out if it really happened. It did. As far as I can tell, no (real) trailer for I, Tonya has been released yet. …

UPDATE: They just posted it:

Lady Bird
Greta Gerwig directs this very Greta Gerwig-looking comedy about a young slacker (Saoirse Ronan) trying to find her place in the world despite apparently not being very good anything. Also stars Odeya Rush, Kathryn Newton and Laurie Metcalf who is always great.

Living on Soul
A high-energy documentary — featuring lots of concert footage — about Daptone Records, the record label home to many modern soul and funk performers, including Sharon Jones and Charles Bradley (two favorite singers who passed in the last year).

Radiance
An unlikely romance develops between a photographer slowly losing his sight and a woman who narrates movies for the visually impaired in Naomi Kawase’s emotional drama.

Thoroughbreds
A stylish, funny thriller about two teenage girls (Olivia Cooke, Anya Taylor-Joy) attempting to plan the perfect murder. This was the last film made by actor Anton Yelchin, who played Checkov in the rebooted Star Trek franchise.