We just seem to bring out the worst in one of rock’s most notorious bands, which comes to Wells Fargo Center on October 8th. 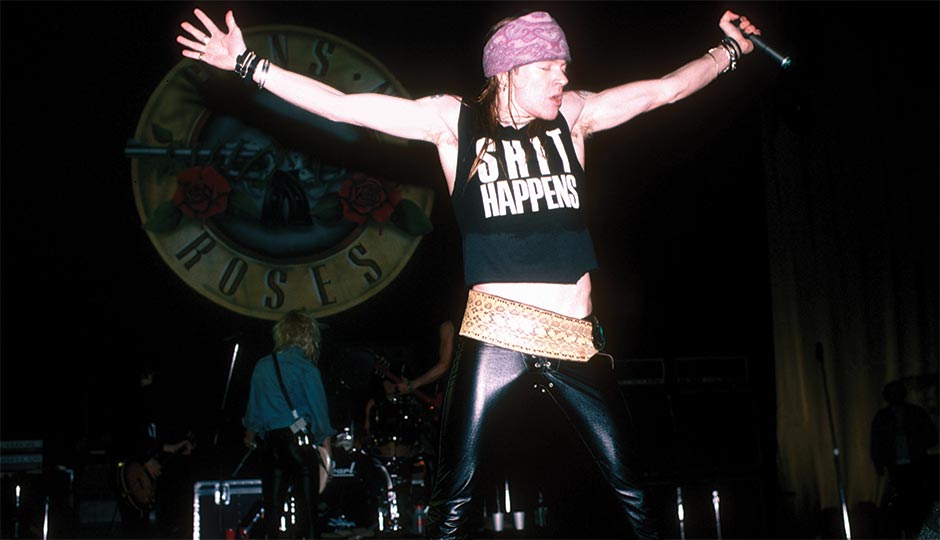 August 1988: The Axl Who? Incident
This Spectrum show was the band’s second stop in Philly on their “Appetite for Destruction” tour, the first being at the Trocadero in October 1987. (If you were at the latter, you’ve definitely unlocked some coolness tokens.) But this one almost didn’t happen. See, the parking attendants had no idea who Axl Rose was and didn’t want to let him drive onto the lot. A scuffle ensued, and he narrowly escaped arrest.

June 1991: The Major Assholes Incident
Axl declared to the sold-out Spectrum that it looked like “the biggest kegger” he had ever seen. Well, as the band pounded through “Welcome to the Jungle,” a fight broke out in front, and Axl stopped the show. “We’ve got a couple of major assholes down here,” he announced. “I wanna thank you for fucking up the song. Oh, you wanna flip me off? Come up here!” Fortunately, the main instigator was removed before things went nuclear.

December 2002: The Missing Axl Incident
By this stage of their career, GnR had developed a reputation for tardiness, sometimes showing up three hours late. So when they didn’t take the stage at the First Union Center on time, it was par for the course. But a full-blown riot ensued when, at 11 p.m., an announcer told the crowd there would be no show. Fans smashed mixing boards with chairs, tossed beers from the balcony, and went generally nuts.

Published as “Appetite for Destruction, Indeed” in the October 2017 issue of Philadelphia magazine.