Video Breakdown: “Owner of a Lonely Heart” by Yes

The shape-shifting demigods of prog-pop play the Kimmel on Sunday. 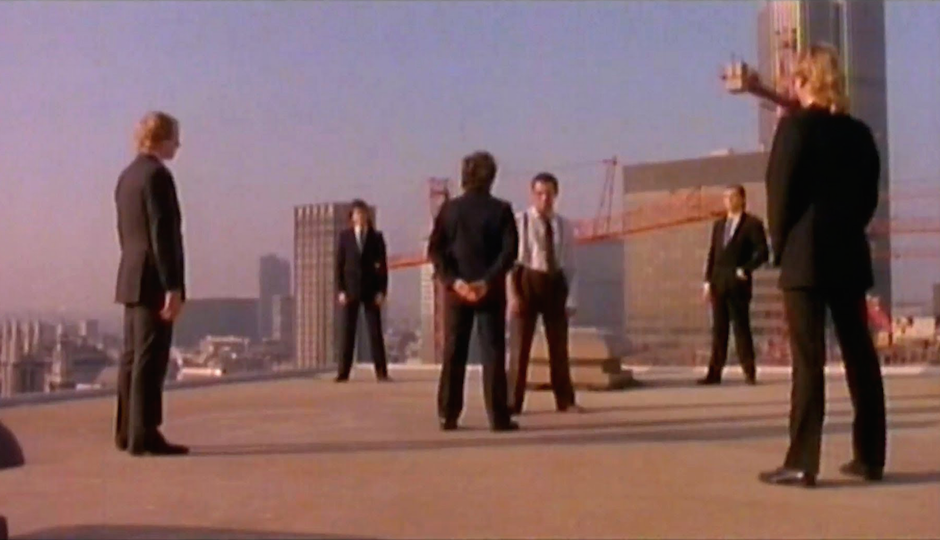 Yes, about to kill a person.

British prog/pop/prog-pop band Yes — who play the Kimmel Center on Sunday — had been active since 1968 and inactive for a year before rejiggering and scoring a number one hit in 1983 with “Owner of a Lonely Heart.” It’s the catchiest, most popular song in the Yes catalog, but it’s still pretty weird. Let’s watch the video. Which is also really weird…

[0:00-0:39] The members of Yes have gathered in a middle school assembly room for a brightly lit nighttime rehearsal. We notice two things right away: 1) This riff is tight. Like, Clash-worthy. 2) Something is a little off about these guys.
Is it the guitarist’s scarf? The drummer’s choker bandana? Is it the singer’s thick, wool, heat-retaining bomber jacket that has him glistening like a newborn? Hard to say.

[0:40-1:12] In a voice as smooth as Nutella, the singer [Note: I will not be referring to the members of Yes by their human names, as that only gives them more power] is unspooling a befuddling mix of motivational mantras and maddening doublespeak:

See yourself
You are the steps you take
You and you and that’s the only way
Shake! Shake yourself
You’re every move you make
So the story goes…

[1:13-1:20] The singer locks eyes with the lens — with us — and telepathically explains that a switcheroo is afoot: “Hang on,” his brain says. “Maybe there’s another way to do this.”
Ladies and gentlemen, the funding just got approved. 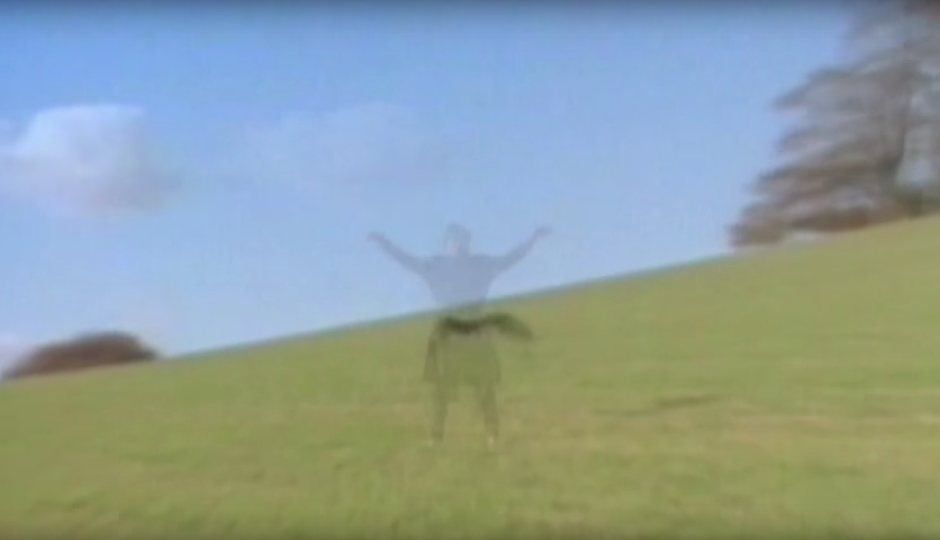 The next step after feathered hair is bird.

[1:30] The bass player sits down in the back seat of an empty car and turns into a snake.

[1:50] The drummer, decked out in jaunty attire, is walking on some bathroom sinks. Wait, he’s a kitty cat!

[2:14] After one full minute of ambient/animal noises, the music begins anew. That riff, you guys.

[2:20] Meet the new star of the video, a headache-ravaged, Patrick Bateman-looking everyman. He’s on his way to the business office where he is employed as a worker. Without warning, he is accosted by toughs in trench coats and strong-armed into a government building. The man is an enemy of the Yes police state — a sleepy, Dark City-style dystopia where reality is routinely fucked with by the most devious supernatural pranksters in prog-pop.

[3:01] As the man is being led past lines and cubicles, he begins suffering from a serious of migraineous visions in which the Yes animals invade his personal space. It starts with the bassist-snake suddenly appearing around his neck while he showers.

[3:32] The guitarist-lizard just kind of sits there. 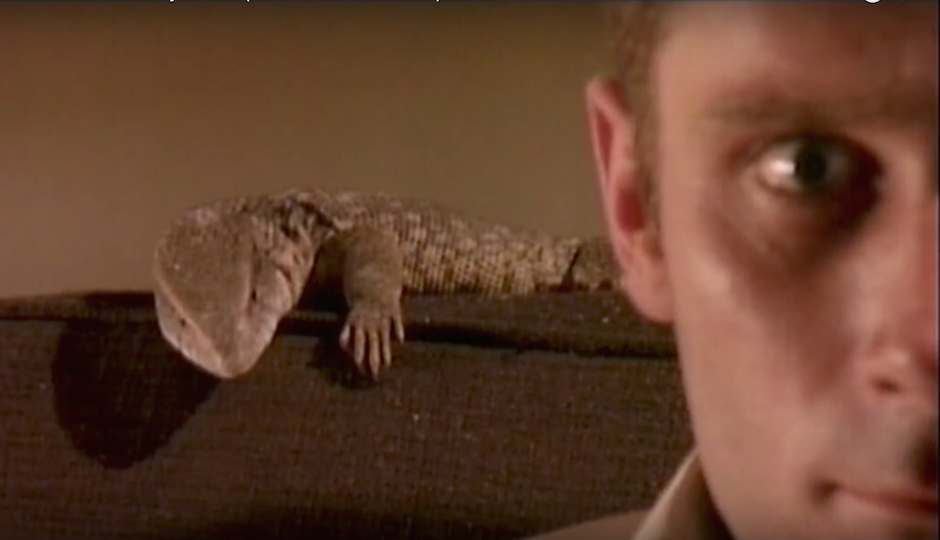 This lizard is not doing anything.

[3:40] The guy lets a scorpion walk on his face. In my experience, this is what people with pet scorpions do. They’re like “What, is this creepy? I’m just hanging out with my pet scorpion, being normal.” Ugh. Gross people with gross pets. Kissing their parakeets.

[3:41] The drummer, in kitty-cat form, is dropped onto the man’s back. He really freaks out about that, but dude: It’s the least weird thing that’s happened to you all day.

[3:52] The man washes his face with centipedes and we think about the journey we’re on. There are still two and a half minutes to go.

[4:00] The man is brought before some sort of Kafka-esque council and he just straight up embarrasses himself up there. Guilty of being a spaz!

[4:23] The lead singer of Yes is a bird eating raw meat on the back of a sleeping man.

[4:40] A slow elevator has taken the man to hell. No, wait, it’s just the ground-floor garage. People are using power tools.
The man is attacked by a metalsmith. This is what happens in a totalitarian regime: The government keeps the people fighting each other.

[5:15] The man kills the metalsmith and escapes by ladder to the roof where he is quickly surrounded by the fearsome Yes demigods, his tormentors. They did this. They haunted him with visions. They turned him into a murderer.

[6:00] Using their mind-control powers, they twirl the man around for a while, then send him leaping off the side of the building. They have no expression, but we know this amuses Yes. 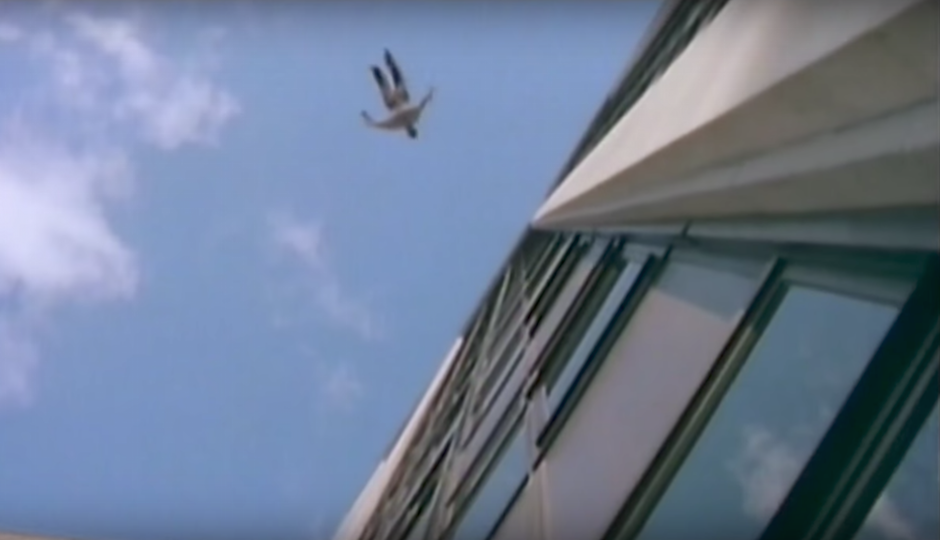 Yes made this guy jump off a building.

[6:02] As he falls, the man becomes unnaturally flexible like a rag doll. It’s almost hard to believe that’s a person.

[6:20] The man is back on the bridge. The last few minutes of the video were a vision, a nightmare. He… he killed someone. Is doesn’t matter whether it was real or not. You’re every move you make.
The man turns around. He won’t be going to work today. He will be marching straight to Buckingham Palace to tell the queen everything he knows about Yes. He hopes she’s not in on it. He hopes she doesn’t open the door and turn into an evil turtle or something.
Will he make it? Doubtful. The last thing we hear is the horrible flapping of the singer-bird’s wings. 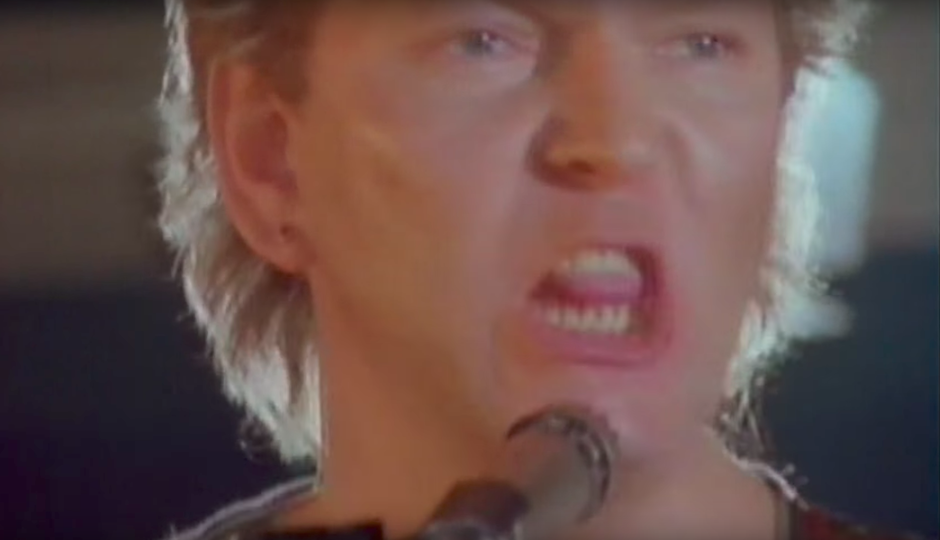 The bass player looks like Trump a little bit.