40 Things to Do This Weekend 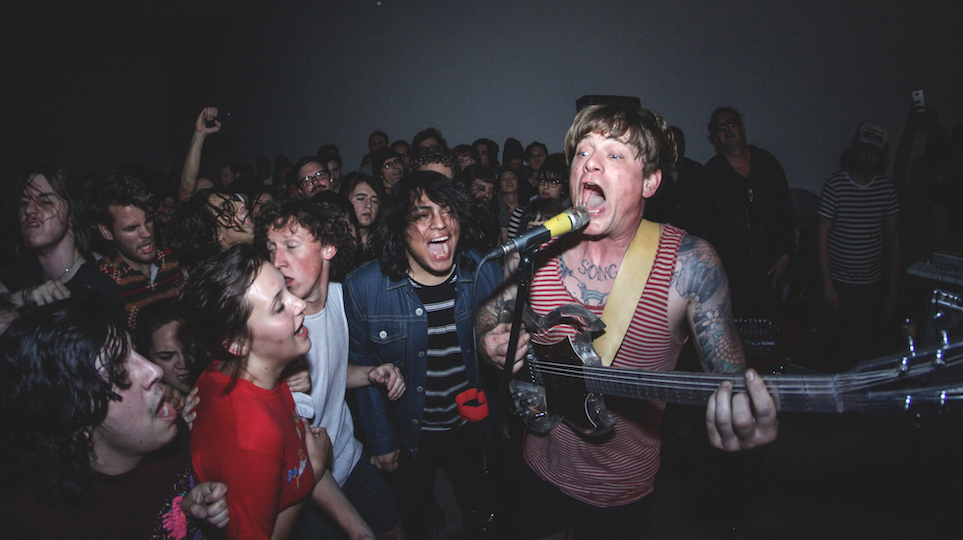 Parkway 100 We Are Connected Festival @ Ben Franklin Parkway
The Parkway is celebrating its centennial with events all year long, though Brian Howard thinks it’s unworthy. The party starts today with the We are Connected Festival, featuring family-friendly events and free/pay-what-you-wish admission to museums along the Parkway.

Fringe Festival @ all over town
As always, Fringe Fest 2017 is a behemoth — a massive celebration of art, theater, dance, music and more. There’s just way more stuff going on than we can do justice here. We highly recommend you peruse the Fringe web site or guide and plan a few nights out. And of course, we’ll be highlighting shows throughout the fest, which launches tonight and continues through September 24.

Hello Blackout @ The Drake
New Paradise Laboratories offers “a fresh and compelling take on the idea of a creation myth” with this Fringe Fest production. Directed and Choreographed by Whit MacLaughlin. Through September 17.

Danzig @ Electric Factory
The Jersey metal lord released Black Laden Crown back in May. The cover art was really bad, and Consequence of Sound didn’t care much for the music, calling it “well-crafted, if generally unremarkable.” But if you’re into Danzig, you probably don’t care about all that. Here’s a new video.

Thee Oh Sees @ The Trocadero
John Dwyer and the rest of this San Francisco band always deliver entertaining garage and psychedelic rock. Also, they’re technically call Oh Sees now, for whatever reason and their latest record, Orc, was released at the end of last month.

UB40 Legends Ali, Astro And Mickey @ Trocadero
Ali Campbell, Astro and Mickey Virtue are not in UB40 anymore, but that’s where you know them from. Campbell was the guy singing easygoing reggae/pop songs like “Red, Red Wine” and “Can’t Help Falling in Love.”

Children Shouldn’t Play With Dead Things @ Laurel Hill Cemetery
The Dead Milkmen’s Rodney Anonymous hosts a screening of this 1972 camp-horror “classic.” We previewed the event and posted the trailer earlier this week.

Brand Nubian @ Underground Arts
This show was supposed to happen in June but got postponed. Here’s what I said back then: You know Brand Nubian, led by smartass conscious rappers Grand Puba, Sadat X and Lord Jamar. Das EFX, of course, are known to for their spell-bindingly clever rhymes on songs like ‘They Want EFX’ and ‘Mic Checka.’ I agree with me.

2001: A Space Odyssey @ Ritz at the Bourse
A midnight screening of Stanley Kubrick’s classic sci-fi story about the world’s first sentient computer looking to escape his overbearing parents and strike out on his own.

Washington’s Blue Sash @ Museum of the American Revolution
The sash George Washington wore when he took command of the Continental Army is on display, paired with a 1776 portrait of Washington by Charles Willson Peale. Through October 9.

Haverford Music Festival @ Havertown, Pa
This free, outdoor festival features four stages and 30 performers — including headliner Matthew Sweet, best known for catchy, guitar-forward songs like “Girlfriend” and “Where You Get Love” in the ’90s. Sweet released his latest record, the Kickstarted Tomorrow Forever, in June. Also playing are The Weeklings, Danielle Miraglia, Nadjah Nicole and more.

Johanna d’Arc of Mongolia @ Lightbox Film Center
The New Yorker wrote about Ulrike Ottinger’s 1989 film back in May: “It’s a sumptuously stylized yet ardently observational film that builds its wild contrasts into its plot, about a train ride of legendary proportions aboard the Transsiberian, a virtual Orient Express filled with an exotic collection of international travellers with mysterious backgrounds and fabulous personalities.” Read the whole article here.

Philly Naked Bike Ride @ the streets of Philadelphia
Strip down and ride, to the delight of slideshow-makers, status-updaters and you.

A Womb of Their Own @ William Way LGBT Community Center
A screening of Cyn Lubow’s film in which “six articulate, charismatic and diverse masculine-identified people discuss their pregnancies and chest-feeding experiences, demonstrating the non-binary nature of gender.”

Nathan Fielder @ Keswick Theatre
The hilarious/awkward comedian/idea man previews the upcoming season of his Comedy Central show Nathan For You. I did a whole big thing on him yesterday.

Prophets of Rage @ TLA
Rap and rock collide in this heavy, political supergroup that features
B-Real of Cypress Hill, Chuck D of Public Enemy and several members of Rage Against the Machine and Audioslave.

2 Chainz @ The Fillmore
Every few years, a new prophet shows up on the scene claiming to know where the pretty girls are. Now here comes 2 Chainz with his Pretty Girls Like Trap Music tour and I’m telling you, they better be there because this is exhausting.

Dead Cross @ Union Transfer
People seem to dig this metal/punk outfit featuring Mike Patton (Faith No More, Mr. Bungle), Dave Lombardo (Slayer) and Justin Pearson (Locust, Retox). They’re loud and crazy, but also textured and crazy. Point is, they’re not just building walls of sound out there. The band recently invited Jello Biafra up onstage to rework a Dead Kennedys classic for the Trump era. And also some of them were in police custody for some reason. Anyway, here’s a video to creep you out.

Punk Rope @ The Rotunda
“A mash-up of jump rope and recess that improves cardio, agility, strength, and coordination, while burning approximately 600 calories per hour.” Jump ropes will be supplied.