There was a time when Philadelphians loved the Parkway. Granted, it was a hundred years ago. 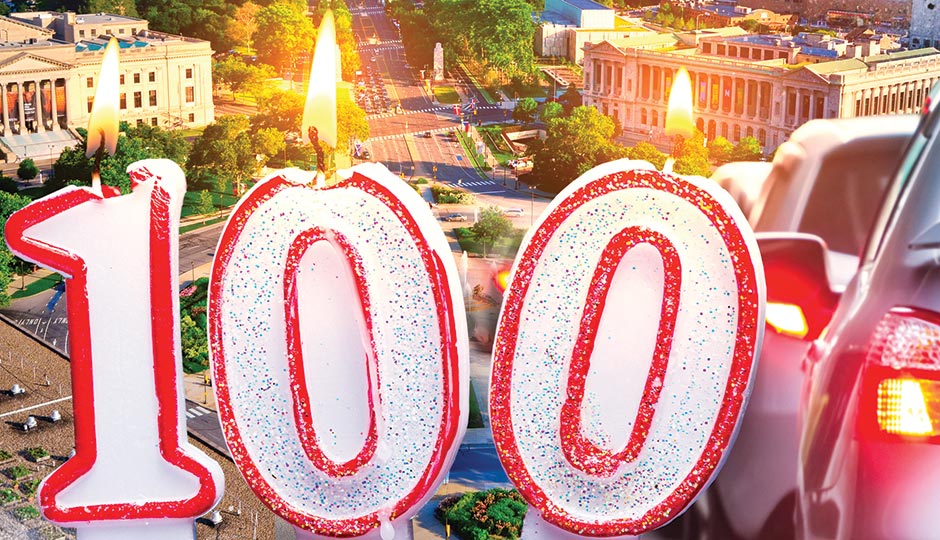 “The construction of the Parkway is the greatest Twentieth Century accomplishment of any city of the world.”

So wrote a breathless Andrew Wright Crawford in 1919 in the American Magazine of Art. Seeing as Crawford was secretary of Philadelphia’s Art Commission, his objectivity was a bit suspect. And the 20th century was still fairly young. But his sentiments about the Benjamin Franklin Parkway — née Fairmount Parkway — echoed throughout the city. “No Other Municipality Can Boast of Similar Accomplishment,” crowed the Inquirer, an outspoken proponent, from its front page on November 23, 1919.

For decades, Philadelphia had been completely obsessed with the Parkway project — think Rail Park fervor times 100. The goal was to connect the bustling, industrial downtown to the verdant oasis of Fairmount Park, and proposals for a diagonal gateway date to the 1890s. The Parkway, with the new Art Museum at its terminus, became the city’s grand entry in the informal “best city in the world” contest taking place among the precocious metropolises of the still-upstart United States. 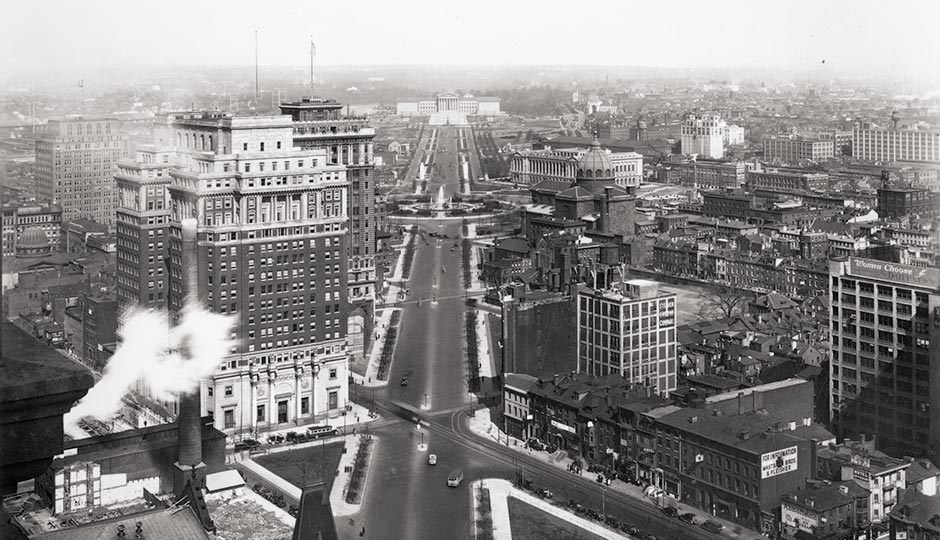 Portrait of the Parkway as a young road, April 19, 1929. Photograph by Charles L. Howell/Phillyhistory.org

But how we felt about the Parkway then and how we feel about it now are two very different things.

This month, the city will kick off a series of celebrations marking the Parkway’s 100th birthday, and all I can think is, “We’re celebrating the Parkway?” Sure, the Jersey-barrier-imposed gridlock from years of I-676 bridgework has finally receded, revealing small improvements, including a pair of Inga Saffron-approved parks along Logan Circle. But is that cause for actual festivities?

Up the street, the Oval, the yearly pop-up pavilion in Eakins Oval, has dedicated its programming to asking citizens what they’d like to see the Parkway be — which is code for “The Parkway is broken. Help us fix it.” That the city is asking for ideas is a good sign, given that so many of its planning mistakes were the result of top-down “visionary” thinking.

But how broken is the Parkway? It remains perilous to walk across. High-volume traffic makes it hell for cyclists pedaling to the Schuylkill River Trail. It still cuts a giant chasm between Center City and Fairmount. And with Eakins Oval a de facto rotary for I-76 and Kelly and MLK drives, the whole stretch is a rush-hour nightmare. From glorious urban achievement to civic debacle — where did the Parkway jump the shark?

Despite the best intentions of architect Jacques Gréber, the Parkway’s not much of a park. The problem seems to be the result of early-20th-century bigger-is-better thinking. The Parkway became an at-grade urban freeway because it was wide enough to be one. Crawford’s 1919 report boasts of the superior breadth of our grand avenue: 140 feet wide “at its narrowest, and for two short blocks only,” compared to London’s Kingsway (100 feet wide) and Rio de Janeiro’s Rio Branco (108 feet wide). The aforementioned Inquirer article also trumpets the widths of Delaware Avenue and Roosevelt Boulevard. Rich!

That girth makes the Parkway perfect for big events — the only occasions on which actual Philadelphians (a.k.a. not-tourists) really turn out to use it: fireworks, concerts, popes. The Parkway, when closed to automobile traffic, is, indeed, grand.

Which should be the guiding principle of any effort to truly rehabilitate it. Banning cars completely, as we learned on Chestnut Street, is probably not the answer. But there’s plenty of room to do something transformative.

Blocks and blocks of property were acquired and demolished to clear a path for the Parkway. It was a massive undertaking of civic will and political energy — and it will take the same to fix Philly’s grandest planning dud. Now that we’re finally getting the waterfront we deserve, this should be Philly urbanists’ next audacious goal.

Published as “Philly’s Grandest Flop” in the September 2017 issue of Philadelphia magazine.