35 Things to Do This Weekend 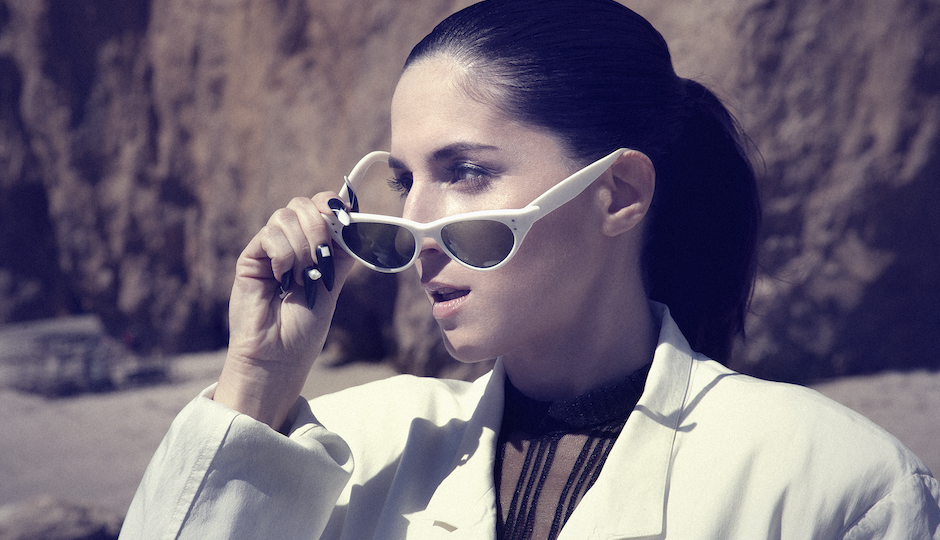 Nite Jewel @ Johnny Brenda’s
Supporting her new record Real High (and its corresponding b-sides collection, Real Low), L.A. artist Nite Jewel, aka Ramona Gonzalez, is touring for the first time in five years. Inspired by Janet Jackson and other titans of pop/R&B, Nite Jewel woulda crushed it on q102 in 1989. Works today, too.

Guys and Dolls @ Bucks County Playhouse
Theater critic David Fox had this to say: “Any opportunity to see Guys and Dolls—near the top of the top among American musicals—is a treat, and I especially looked forward to it at Bucks County Playhouse. It’s an ideally intimate venue, as well as one rich in history and atmosphere. The cast has many terrific performers (BCP does very well with casting in general). Most of all, the director is Hunter Foster, Artistic Associate here, who two summers ago led an exceptionally intriguing version of Stephen Sondheim’s Company.” Read the entire review here. Runs through Aug. 12.

The Mighty Mighty Bosstones @ Union Transfer
The veteran ska/rock band is celebrating the 20th anniversary of Let’s Face It, the record with “The Impression That I Get” on it.

Remy Ma @ TLA
Remy Ma’s still got it. The NYC rapper won BET’s award for Best Female Hip-Hop Artist in 2005 and then won it again in 2017. In between, she spent seven years in prison for shooting a friend. Former friend, probably.

Harry Potter and the Chamber of Secrets @ the Mann
The Philadelphia Orchestra performs live while you watch Harry, Weezy and Hermy run around having little witch adventures.

Funeral Parade of Roses @ Lightbox Film Center
Two screenings, 7 and 10 p.m., of the restored 1969 film by Toshio Matsumoto that Kubrick called an influence. Quoth the event description: “one of the most subversive and intoxicating films of the late 1960s; a headlong dive into a dazzling, unseen Tokyo night-world of drag queen bars and fabulous divas, fueled by booze, drugs, fuzz guitars, performance art and black mascara.”

Jo Kusy @ Boot & Saddle
Jo Kusy of The Whips and Far-Out Fangtooth released his seventh (!) solo release, No One Else, in June. It’s very lo-fi and kinda psychedelic — the sound of a man and his guitar, singing and strumming at the bottom of a well. Here’s my favorite track from the record:

This is Hardcore Afterparty @ Underground Arts
Featuring Kill Your Idols, Violent Society and Miracle Drug. This is also hardcore.

Alex Da Corte Book Launch @ Ulises
The artist celebrates the release of two books of his work, Slow Graffiti and 50 Wigs. The event features food, drink, video of the artist’s work and readings by Alissa Bennett and Sam McKinniss.

Diana Ross @ The Mann Center
Even if Motown goddess Diana Ross only plays her hits, there’s no way she’d be able to get to them all. Whether it was solo or with the Supremes, the Motown goddess piled up more beloved songs in the ’70s and ’80s than anybody else on the pop charts: “Where Did Our Love Go,” “Chain Reaction,” “You Can’t Hurry Love,” “Baby Love,” “Come See About Me,” “Stop! In the Name of Love,” “Ain’t No Mountain High Enough,” “I’m Coming Out,” etc.

The O’Jays @ Dell Music Center
A show by the Ohio-born legends of TSOP and makers of timeless hits like “Back Stabbers,” “For the Love of Money” and “Love Train.”

T-Rextasy @ PhilaMOCA
This “wacky feminist punk” band is fun and weird. No doubt they’ve got the chops to be a regular old serious rock band, but their off-speed sarcastic streak pushes them to another level.

Primus @ Festival Pier
Les Claypool and co. played Ozzfests and Lollapaloozas. They didn’t really fit in at either one, but they outlived them both.

Rick & Morty Season Premiere @ SouthHouse
You pretty much only get one chance to watch an episode before your fellow Rick & Morty fans make it insufferable via endless references, puerile art, misunderstood quotes. This event features drinks named after the main characters.

Queen + Adam Lambert @ Wells Fargo Center
This could happen to you: