Storm the Bastille, clean up Graffiti Pier, watch a podcast and more. 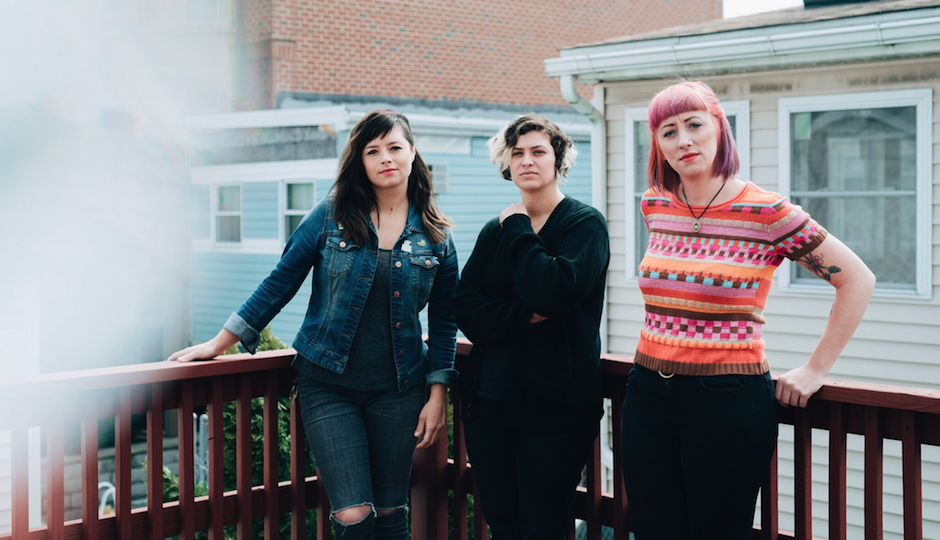 Philadelphia Podcast Festival
Live recordings of some 55 podcasts including The Black Tribbles, Call Your Girlfriend, Black Girls Laughing, Lulu & Pop, Micheaux Mission, Never Forget Radio and so many more. Check out my post about the festival from yesterday. Runs July 14-23.

A Worker’s Lunchbox: An Evening of Song @ Slought
This concert will examine “traditional and modern songs relating to factory life.” Includes the music of Woody Guthrie, Grateful Dead, Tennessee Ernie Ford and more.

Perfect Blue @ Christ Church Neighborhood House
Tiny Dynamite presents this play set in 2038, on the eve of a great extinction. Perfect Blue features two actors — one in Philly and the other in London via live video projection. Stars Emma Gibson and Harry Smith. Directed by David O’Connor. Designed by Jorge Cousineau. July 14-23

Sam O.B. @ Johnny Brenda’s
The DJ/producer/musician formerly known as Obey City. If you like this, you like him:

Zac Brown Band @ BB&T Pavilion
Country music. Friday and Saturday. If you attend one of these shows you have to go to Wheeler Walker on Sunday (see below) as penance.

Oso Oso @ Everybody Hits
The NYC band’s latest record is The Yunahon Mixtape. It’s sweet, strong indie pop. Fans of The Get Up Kids should take note. P.S. Mom Jeans is on the bill. You should see them too.

Dawson City: Frozen Time @ Lightbox Film Center
Bill Morrison — director of Decasia — presents this documentary telling the story of a lost treasure trove of films from the early 1900s discovered “in a sub-arctic swimming pool deep in the Yukon Territory.”

The Spinto Band @ Boot & Saddle
The latest record by this veteran indie rock band from Wilmington is 2013’s Cool Cocoon, but their instant classic from 2005, Nice and Nicely Done, was recently reissued. Here’s hoping a whole new generation discovers this great song:

Joe DeRosa @ Punchline
DeRosa grew up in the area and regularly performed standup at the Laff House. These days he lives in L.A. and performs comedy and music, in addition to co-hosting the Emotional Hangs podcast with Kurt Braunohler. Through Saturday.

Pursuing a Career in Illustration @ Indy Hall
A talk with Daniel Fishel, a staff editorial illustrator for Thrillist who was spotlighted in Forbes and Print magazine. His work has appeared in The New York Times, Washington Post and more.

Steve Rannazzisi @ Helium
Standup by the comedian and actor from The League. Through Saturday.

Woods @ Underground Arts
The long-lasting folk-pop band from Brooklyn released its latest EP, Love Is Love back in April.

Moody Blues @ The Mann
The British rock band who performed hits like “Nights in White Satin” and “Tuesday Afternoon” celebrates the 50th anniversary of their 1967 record Days of Future Passed. Did you think it was “Knights in White Satin”? Yeah, I used to think that, too.

Lupe Fiasco @ Electric Factory
The show goes on for this stream-of-consciousness Chicago rapper who escaped an unhappy deal with Atlantic Records and went indie. Released in February, Drogas Light is full of runaway-train storytelling and mesmerizing trap beats.

Graffiti Pier Cleanup @ Graffiti Pier
In case you don’t know, Graffiti Pier is the most photogenic part of Philadelphia (and that’s saying something). But it’s also basically overrun with garbage. You like the place? You like to go and fish and take photos and all that? Then you gotta do the work. Cleanup supplies provided. Wear things you maybe never want to wear again.

WOMEN @ Community Education Center
“WOMEN, choreographed by Nicole Bindler in collaboration with three dancers from Diyar Dance Theater, is a hybrid dabke/contemporary dance that explores the parallels between the conquest of Palestinian land and Palestinian women’s bodies. The dancers create a map of Palestine with stones on the stage and on the geography of their bodies.”

A Letter to Momo @ Lightbox Film Center
A hand-drawn animated film by Hiroyuki Okiura, an animator on Ghost in the Shell and Akira.

Check It @ Philadelphia Printworks
A free screening of “a feature-length documentary about a black gay gang struggling to survive in one of Washington D.C.’s most violent neighborhoods.” Directed by Dana Flor and Toby Oppenheimer, Check It was released by Louis C.K.

Bastille Day @ Eastern State Penitentiary
“Let Them Eat Tastykake” is the battle cry at this annual street festival on Fairmount Avenue. Then Butterscotch Krimpets come flying down from the prison to the crowd below. Oh and there’s a (mock) beheading of Marie Antoinette. Entertainment provided by experimental cabaret troupe The Bearded Ladies.

Idina Menzel @ BB&T Pavilion
A live concert by the actress and singer (Rent, Glee, Frozen). She sang “Let It Go,” which won an Oscar and a Grammy and made my nieces insufferable for like a year.

3-DEMENTIA @ Lightbox Film Center
Exhumed Films screens 35mm prints of “some of the greatest 3-D films of all time” including Friday the 13th Part III 3-D (1982), Treasure of the Four Crowns (1983), Rottweiller (1983), Hit the Road Running (1983) and Revenge of the Shogun Women (1977). Worth Keeter, director of Rottweiller and Hit the Road Running will introduce his films.

Reggae in the Park @ The Mann
Giant afternoon reggae festival featuring Ziggy Marley, Beres Hammond, Sizzla, Capleton and lots more. By “the park” they mean Fairmount Park, where the Mann is.