The Hit List: The 10 Best Shows in Philly in July

From Shakespeare to Ed Sheeran to the XPoNential Festival, here are the month’s hot tickets. 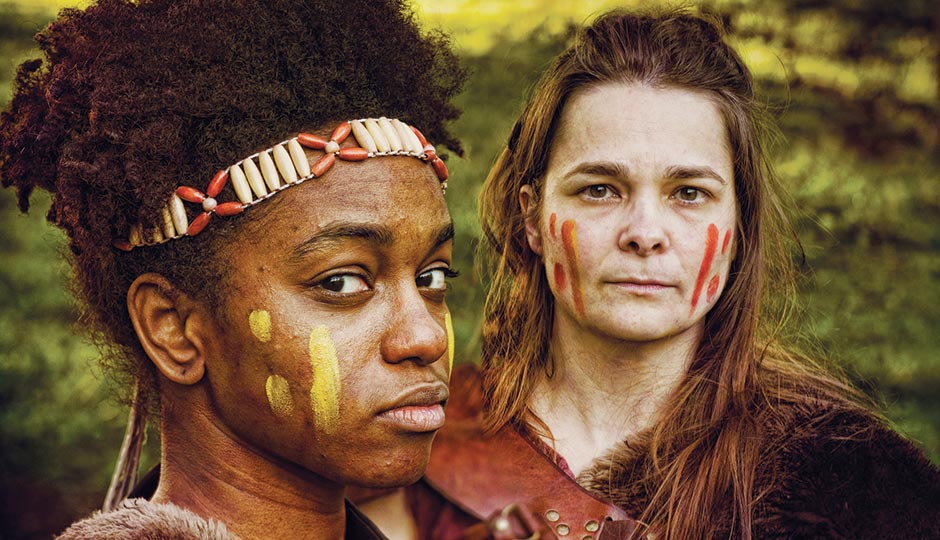 1. David Blaine
The 44-year-old Manhattanite made a name for himself­ with televised stunts and illusions. But it is TV, after all, and we’re not supposed to believe everything we see on TV, right? So I’m more than willing to make the drive to Bethlehem to watch Blaine astonish and astound a live audience at the only local stop on this rare national tour. July 7th at Sands Bethlehem Event Center

2. Party on the Parkway
I know, I know. Our Fourth of July festivities have sucked for way too long now. (Remember Nicki Minaj?) But there’s been a major regime change at Welcome America, the organization that oversees the Fourth and the bazillions of free events leading up to it, and we have high hopes. The first sign that they’re pointed in the right direction: Consummate R&B performer Mary J. Blige headlines. July 4th on the Ben Franklin Parkway

3. Shakespeare in Clark Park
For this edition of the beloved free annual open-air theater event, it’s the Bard’s tragedy Coriolanus, with an all-female cast of bloodthirsty warriors. And if that’s not enough Shakespeare for you, Commonwealth Classic Theatre Company is doing Romeo & Juliet in parks around the five-county area throughout July, all for free. July 26th through 30th

4. XPoNential Festival
With Wilco, Amos Lee, Strand of Oaks, Foxygen, Drive-By Truckers, Rhiannon Giddens, Hop Along, Charles Bradley (below) & His Extraordinaires and Conor Oberst on the bill — to name just a handful of the many, many acts — there’s plenty to be excited about. July 28th through 30th on the Camden Waterfront

5. Wicked
The big Broadway musical that made Idina Menzel and Kristin Chenoweth household names tells the Land of Oz story through a much different lens: It’s all about the witches. July 26th through August 27th at the Academy of Music

7. Clark Park Music and Arts Fest
We can only hope that co-headliners West Philly Orchestra and the Dead Milkmen team up for a Balkanized dance version of “Punk Rock Girl.” July 15th

8. Gorillaz
It was a bizarre idea, to say the least: Create a virtual alternative electro-hip-hop band consisting of four fictional animated characters, have real people record their songs, and then let the characters tell their stories and “perform” the songs using groundbreaking video-enhanced shows. Well, nearly 20 years after that project launched, they’re still at it. One of the most unique concert experiences you’ll ever have. July 13th at Festival Pier

9. The Jaws Project and The It Girl
A theatrical double-feature restaging of two Philly-born shows. The Jaws Project is a funny phony-origin story of the legendary shark movie and the legendarily disastrous production surrounding it. The It Girl is a poignant silent play about 1920s movie star Clara Bow, starring Amanda Schoonover. Both worth seeing on their own. Together? A no-brainer. July 4th through 7th at Plays and Players Theater

10. 3-Dementia!
Film-buff alert! A rare 10-hour 3-D movie marathon from Philly’s Exhumed Films, including the killer dogs of Rottweiller, Revenge of the Shogun Women, and Friday the 13th Part III, the sequel that debuted that iconic hockey mask. All on 35mm. July 16th at International House of Philadelphia

Stinker of the Month: Corey Feldman
Some number of years from now, hopefully at a time in the distant future, after Earth’s civilization has been wiped out by asteroids, hemorrhagic fever or, more likely, our own doing, alien scientists will visit the desolate remains of our planet in an effort to learn what happened to us. Immediately upon discovery of some evidence of this 1980s actor-turned-singer’s existence, they will promptly vaporize every molecule that was once the Earth, just to make sure that nothing like Corey Feldman ever happens again. July 13th at Underground Arts

Published in the July 2017 issue of Philadelphia magazine.