Let’s All Go to the Movies This Week 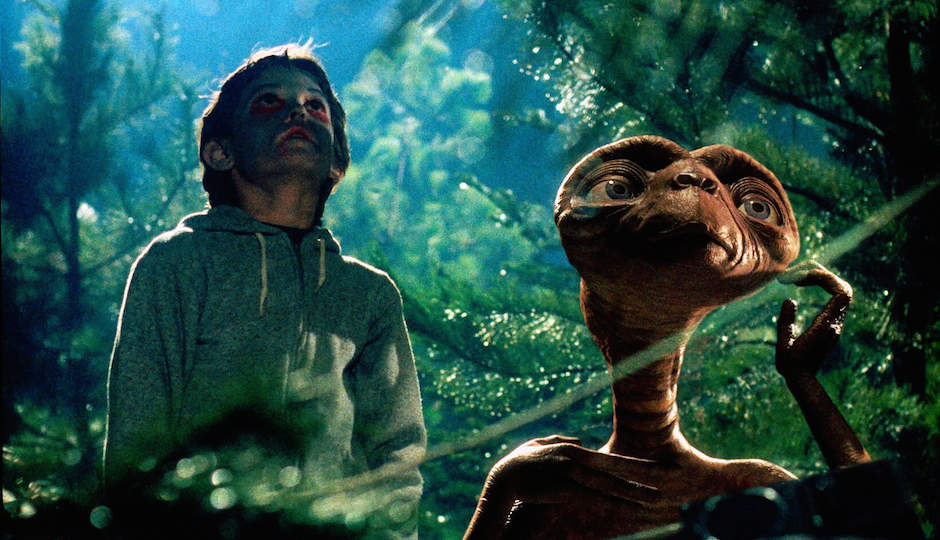 E.T. @ FringeArts | Wednesday, June 28
A child hides an invasive biological specimen from the authorities, putting himself and the entire community at risk and wasting a rare research opportunity.

High Teen Boogie @ PhilaMOCA | Wednesday, June 28
Hey, last time I spoke with PhilaMOCA’s Eric Bresler he was in Japan, and now he’s displaying his awesome collection of Japanese movie posters from the ’50s to the present. Cool. The posters will hang through July. The kickoff party on Wednesday includes a screening of 1982 Grease-inspired romp called High Teen Boogie.

Crocodile @ PhilaMOCA | Thursday, June 29
A screening of the bloody 1979 monster movie from Thailand. It’s about a big crocodile that bites people. Researcher/photographer Phil Jablon will be there too, selling Thai movie posters and talking about his attempts to document the dwindling standalone movie houses of Southeast Asia. Here’s a TEDx talk he did about it.

Charade @ Schuylkill Banks | Thursday, June 29
BYO food and blanket and watch this 1963 comedy thriller starring Cary Grant, Audrey Hepburn, Walter Matthau, George Kennedy and James Coburn near the Walnut Street Bridge. “I already know an awful lot of people, so until one of them dies I couldn’t possibly meet anyone else.”

House @ CineMug | Thursday, June 29
“A schoolgirl and six of her classmates travel to her aunt’s country home, which tries to devour the girls in bizarre ways.” What’s that? Why yes, it is a Japanese film.

Despicable Me @ Main Street, Manayunk | Thursday, June 29
Animated kids comedy about an evil mastermind (Steve Carell) and a guy with an annoying voice (Russell Brand). P.S. The sequel is playing the exact same night. See below.

Secret Cinema: Weird Cartoons @ Fleisher Art Memorial | Friday, June 30
Rare animated 16mm gems from the ’30s to the ’60s. Pretty much guaranteed you’ll never see them anywhere else, especially not on a big screen. “What these films… all share is a fearless aesthetic that is unafraid of the absurd; an often shocking sense of humor that is the polar opposite of today’s sanitized, cross-marketed Pixar sensations.” Includes: Buddy’s Lost World (1935), Korochan the Little Bear (1959) and To Your Health (1956).

Jaws @ Ritz at the Bourse | Friday, June 30
Midnight screening of Steven Spielberg’s 1975 summer blockbuster about a fish being hunted by its food.

Sweet Sixteen @ Lightbox | Saturday, July 1
The theater formerly known as International House dug deep into its archives and came up with a program of “classics, rarities and surprises.” Some are feature length, some are shorts, some are experimental. Free — with free pizza, too.

L.A. Burning — The Riots 25 Years Later @ The Barnes | Sunday, July 2
BlackStar Film Festival presents a screening of this amazing 2017 documentary about the violence and racial unrest in Los Angeles following the verdict in Rodney King case in 1992. Director Erik Parker and scholar Gwendolyn DuBois Shaw will discuss the film.