37 Things to Do with Your Long Weekend 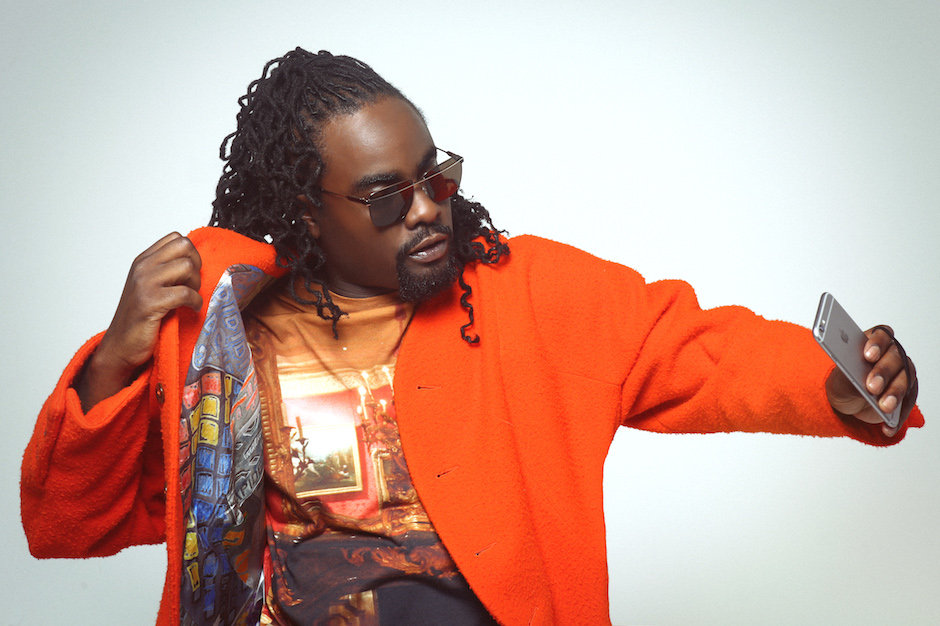 Final Fridays: Technologic @ Philadelphia Museum of Art
Tech and arts collide with events by Technically Philly, ChickTech Philadelphia, The Franklin Institute, The Hacktory and more. Includes a performance by Quindar (Wilco keyboardist Mikael Jorgensen and Philadelphia-based art historian James Merle Thomas) whose performance will include material from the Museum’s archives.

Aye Nako/ Ramona Córdova/ Empath @ Vox Populi
Just a kickass night of indie rock just outside Chinatown. Looks like Ramona Cordova’s got a new record coming on July 4. Till then, here’s an oldie but a goodie:

Jamie Lee @ Helium
Standup comedy by a writer for “The Pete Holmes Show” and “Crashing.”

Andorra @ The Barbary
The Philly rock band celebrates the release of the new What You Wanted EP.

R.A. the Rugged Man @ Underground Arts
Long Island hip-hopper R.A. the Rugged Man has been rapping’ since he was a kid. These days he’s also a boxing commentator and host of a web series on film for MTV. Smart move. Diversifying.

Fire in the Radio @ Boot & Saddle
The punk/indie band from Philly celebrates the release of their new record, New Air.

Cartoon Cabaret @ L’Etage
Local comedy group Creatures of the Night channels Snow White, Rick & Morty and more for “a night of live singing from your favorite cartoon characters from Film and TV. With songs from cartoons and inspired by cartoon cosplay looks.”

Rick Ross @ Fillmore Philly
With 2017’s Rather You Than Me and 2018’s Port of Miami 2: Born to Kill, the Rick Ross discography is boasting 10 solo records in 12 years. He works hard. If you ever run into Rick Ross, tell him you appreciate the effort.

The Silence of the Lambs @ Ritz Five
A midnight screening of Jonathan Demme’s masterful 1991 thriller starring Jodie Foster and Anthony Hopkins. This is not the real trailer:

The Absolute Brightness of Leonard Pelkey @ Suzanne Roberts Theatre
Theater critic David Fox had this to say: “Sara Garonzik’s final season as executive producing artistic director of the Philadelphia Theatre Company — had been set to end with a new play about Thomas Eakins that she helped to develop. The late-hour reshuffling that brought this substitution worried me. It sounded like the knell of financial gloom… and a one-actor, 80-minute show where PTC functions as mostly as a presenter seemed a let-down. But Brightness is bold, daring, and large format. The show has a big heart, and Lecesne — who is both writer and solo performer — is a big talent.” (Read the whole review here.) Through June 4.

Buzzer @ Theatre Exile
Theater critic David Fox had this to say: “The high-stakes, social-status-transforming metaphors of home ownership are so powerful, so connected to the American Dream, that it’s no wonder it’s a favorite motif in theater. Tracey Scott Wilson’s punchy, gripping Buzzer riffs on it in clever and unexpected ways. The pioneer here, Jackson (Akeem Davis) is a black man with a blue-chip education — he’s moving back to his old neighborhood, which is every bit as fraught as it sounds. … Wilson deftly weaves the strands together, and we come to understand that the tensions rising from the personal relationships are of a piece with the problems of living in a neighborhood that isn’t gentrifying fast enough.” (Read the whole review here.) Runs through May 28.

Wale @ TLA
Wale’s latest album, Shine — on the aforementioned Rick Ross’s Maybach Music label — was released in April but already has four singles, including “PYT” which dropped about a year ago.

Tkay Maidza @ Trocadero Balcony
Born in Zimbabwe and raised in Australia, the young singer-rapper is a ball of energy. Listen to this one right now.

Commonspace LIVE @ FringeArts
The Commonspace program finishes up its week of shows presented by First Person Arts and WHYY with “Targeted” which incorporates personal stories about being an outsider.

One More River to Cross: A Verbatim Fugue @ The Latvian Society of Philadelphia
James Jackson directs the world premiere of playwright Lynn Nottage’s work based on interviews with former slaves conducted in 1936 and 1938 by the Federal Writers Project. Shows Thursdays through Sundays, through June 11.

OOLALA @ Boot & Saddle
A record release show for “the greatest Space RockRoll band in the UNIVERSE” featuring Rumi Kitchen of Johnny Showcase. Minka and Carol Cleveland Sings round out the bill.

Life of Jesus @ Lightbox Film Center
The 20th anniversary of Bruno Dumont’s gritty, sometimes unsettling film which follows “a group of aimless youth in the north of France as they spiral downward toward the unthinkable.”

Harris Cole @ PhilaMOCA
The young producer and beatmaker from Chicago makes enthralling electronic that’s as much about setting moods as it is making heads bob.

Pretty Big Movement @ Asian Arts Initiative
Women of Colour hosts a workshop with NYC dance company Pretty Big Movement who “brings dancing to full-figured women and every woman all across the globe.” Maybe you caught them on America’s Got Talent?

Nightlands @ Johnny Brenda’s
Dave Hartley’s Nightlands is due to find a bigger audience, and the new I Can Feel the Night Around Me should help them get there. It’s a lovely mix of dreamy and dreary, earthy and celestial, spooky and peaceful.

The Cookout @ Punchline
Tony Woods, Skeet Carter and DJ Cash Money put on a full day of food and comedy.

Maxo Kream @ The Trocadero
This Houston MC does first got noticed for remixing Kendrick Lamar’s “Rigamortis.” He’s all about rapid-fire rhymes, low-key delivery and super simple beats. Here’s his song about all the messed up things he’s seen and done. It’s vivid, engrossing storytelling. NSFW.

JMSN @ Fillmore Philly
Christian Berishaj (once known as Christian TV, now called JMSN and sometimes Pearl) is a one-man show with a sound that straddles pop, dance and soul. Not the most clever music in the world, but sometimes all you need is a supple voice and a hard beat.

Miles Mosely + the West Coast Get Down @ World Café Live
Mosely — the L.A. upright bassist who has played with Lauryn Hill, Chris Cornell, Kamasi Washington and more — pushes the limits of his chosen instrument with effects pedals and inventive techniques. And he sings, too.

Valley Exit @ Johnny Brenda’s
Whether playing with Arc In Round or Mary Lattimore, Jeff Zeigler the kind of musician you wanna keep your eye on. He’s always flipping switches and turning knobs, subtly conjuring up electronic experimental music that moves gracefully and surprisingly.

City and Colour @ Electric Factory
Smooth-voiced Dallas Green — that’s his actual name, Philadelphia — has been singing and songwriting under the City and Colour moniker for over a decade, but before he got all folky, Green played punk with Alexisonfire. Remember them?

Go To a Barbecue @ wherever
Grab a drink and a burger and relax. You work too hard. Or too much, anyway.