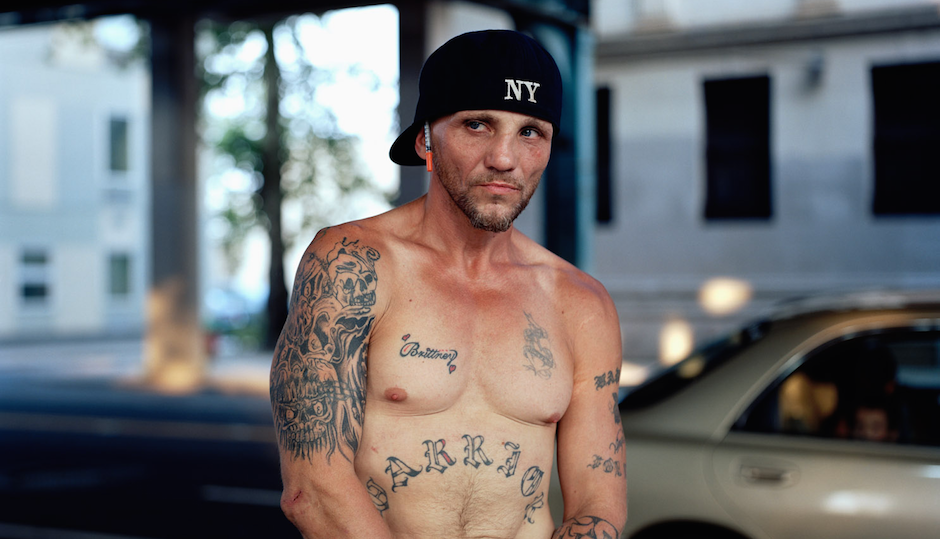 Kensington Blues @ Savery Gallery
Between 2008 and 2014, photographer Jeffrey Stockbridge captured a side of Philly rarely seen, rarely talked about anywhere else. The photos and interviews on his Kensington Blues site tell stories of addiction and sex work, survival and struggle along Kensington Avenue. These images are not just stunning — they’re essential. This exhibition doubles as the launch of his new book of photos from the project. Reception Friday, May 5, 5-9 p.m. 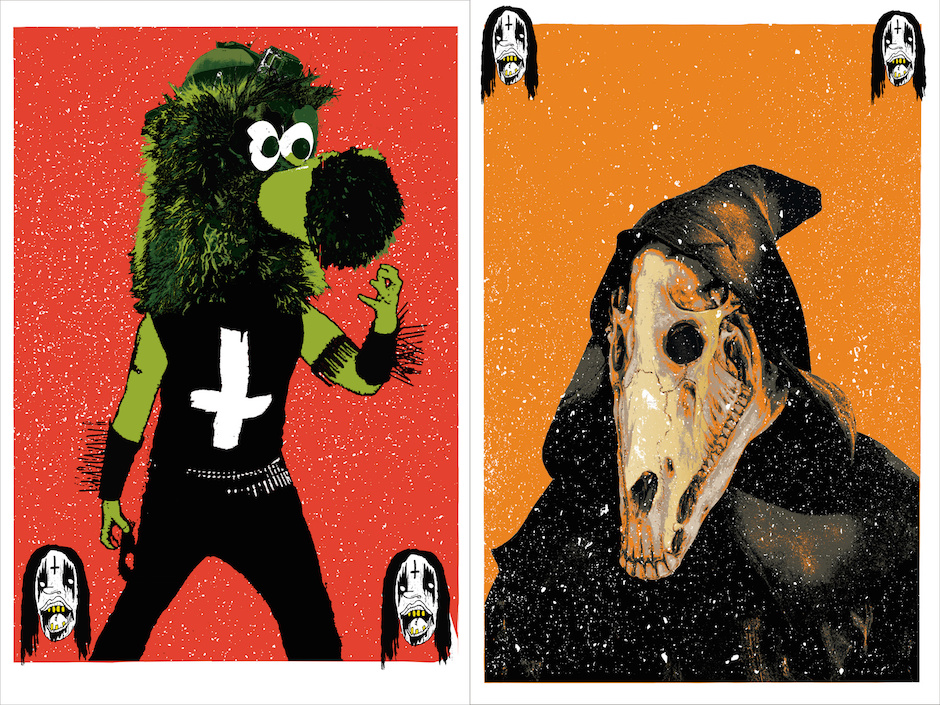 From Jim Anderson’s “This World Is Not For Me” exhibition. (Jim Anderson)

This World Is Not For Me @ Colorspace Labs
Philly screenprinter and graphic designer Jim Anderson specializes in color-saturated, inventively creepy posters and wheatpastes. It’ll be cool to see them in a gallery setting — though with beer by Evil Genius Beer and music by Lushlife and DJ Steve, maybe it’ll feel more like a party. Reception Friday, May 5, 5-9 p.m.
(Speaking of Lushlife…) 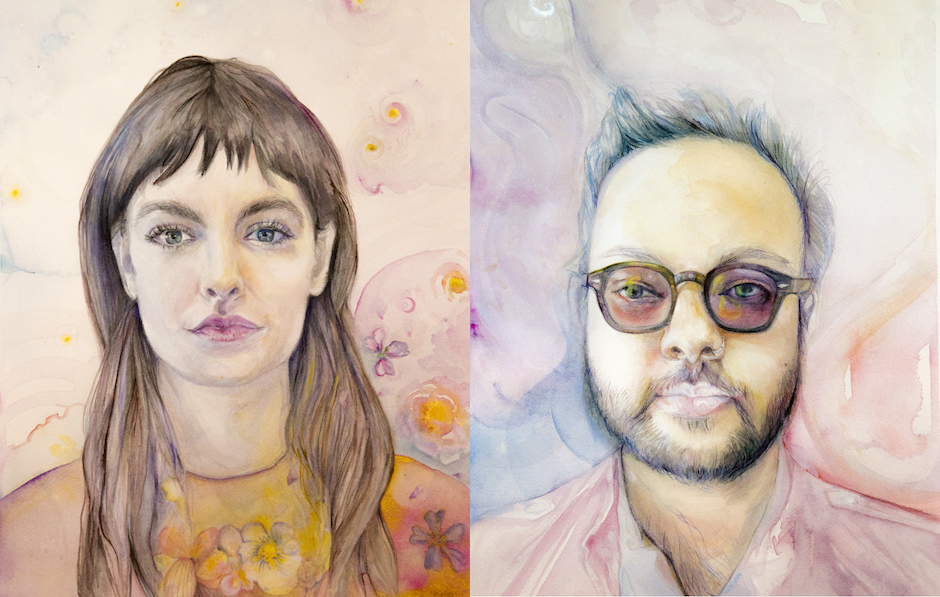 Faces of Philadelphia (Musicians) @ Brewerytown Beats
The faces in Anna Mraz’s “Faces of Philadelphia” series may be familiar to you — everybody on the walls is a musician in this city — but you’ve never seen them like this. In the artist’s eye, they’re beings of ethereal light and color, illuminated from within by an untamed essence. After staring into the gently swirling aura of Raj Haldar (aka Lushlife) rendered in watercolor on plexiglass, I decided I had to pin Mraz down for a few questions. Reception Friday, May 5, 6-10 p.m.

These portraits are amazing. Tell me about the series.
“Faces of Philadelphia” is meant to highlight the similarities and differences which ultimately connect us all. I use the color spectrum to describe the subject as I perceive them, not just see them. As they say, there’s a lot more to a person than meets the eye. I like to find beauty in others and share it.

And your medium is paint on plexiglass?
These are what I like to call “non-traditional” or expressive watercolor portraits. The visual spectrum of colors is used to convey the energy and personality of the subject. I had my aura photographed by Radiant Human last year and became borderline obsessed with color energy. We are electric beings and we have an energetic field that surrounds us. Also known as an “aura,” each energetic wavelength is associated with a different color. These colors in turn can describe personality traits and existential beliefs. Its intense. I cried when I had my aura read because it struck me as a subconscious truth; almost like deja-vu.

How did you choose which artists you wanted to include? Are you a fan of the music these artists make?
I started with three subjects that I knew and admired. Erin McCurdie is a friend and all around inspiring person to me. Her style of letting the moment direct her sets- totally unplanned, is something that I really vibed with. Taking the energy around her and transforming it for the listeners — it’s magic. I’m a fan of every single one of these artists. They all have something unique to say and I wanted to celebrate that. 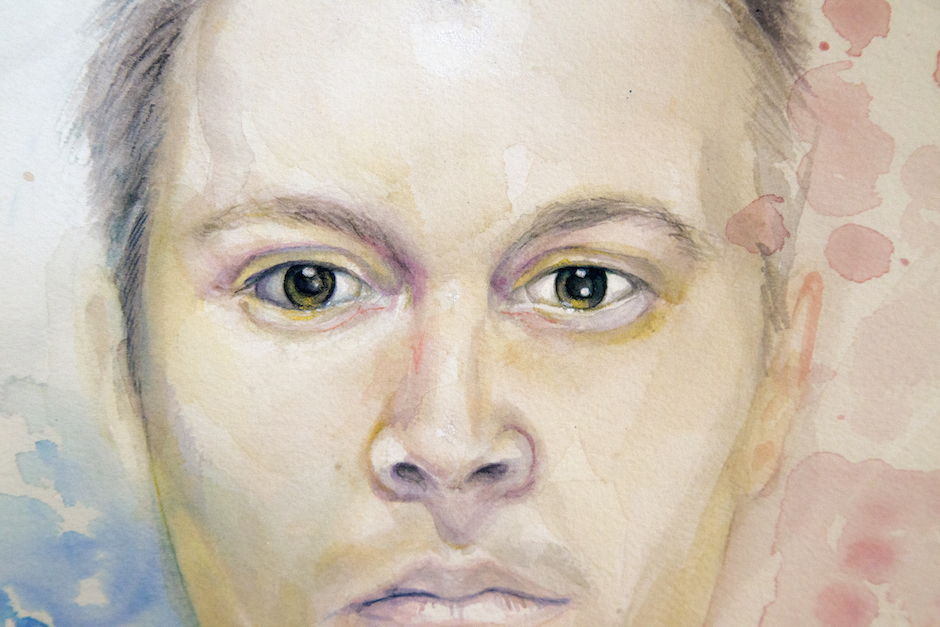 Did the music affect the way the art came out?
Totally. For each portrait, I sat with the artist for a one- to two-hour sketching session/conversation. I suggested that the musician select the music, but each session was unique. Greg D brought records that he’d just cherry-picked, Johnny played me some new samples from Damn Right’s upcoming album, while Raina and I bonded over Paramour and Joni Mitchell. The music, conversation, and physical appearance are all represented in the final portrait.

So the first one is subtitled “Musicians” — what will future installments be?
Next up is a “Children” series of portraits which would ideally benefit a community arts program or the school district of Philadelphia. The education system is so flawed and it tears me up to see children who are struggling with their curriculum be denied access to the arts. Not only are art and music therapeutic, they provide an outlet for success and confidence just like sports or reading. It’s a lifelong investment in a person’s happiness.