36 Ways to Dodge the NFL Draft This Weekend 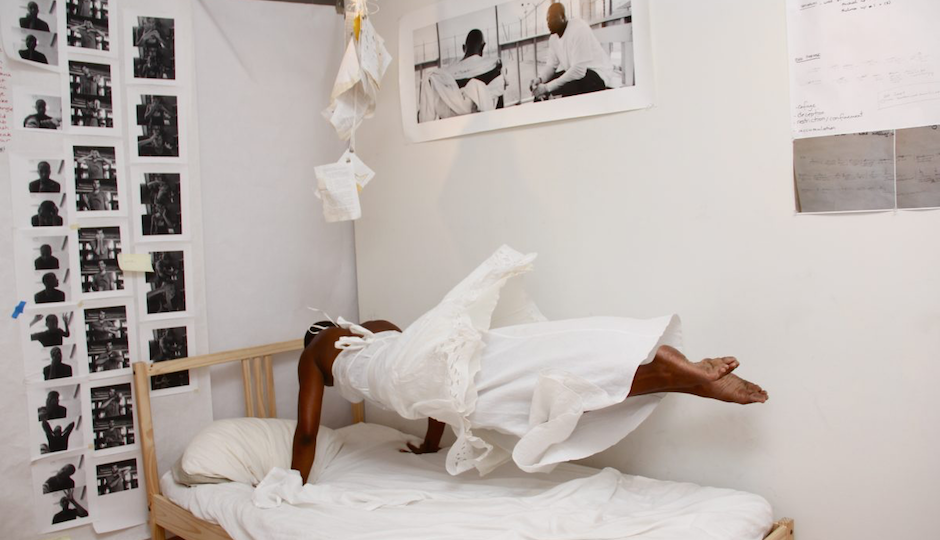 Star Party @ The Mann
This sounds pretty cool: a free concert and stargazing get-together at the Mann featuring telescopes and astronomers who know where to point them. The current forecast for tonight is “partly cloudy,” so fingers x’d. Part of Science Fest.

Spirit of the Beehive @ Everybody Hits
Idiosyncratic indie rockers Spirit of the Beehive celebrate the release of Pleasure Suck in their hometown. Actually, “idiosyncratic” doesn’t cover it. This band seems to be infected with a rare strain of deep-tissue, Philly-borne weirdness once fleetingly observed in bands like Man Man and Echo Orbiter. It’s not just a sound, it’s an aesthetic illness that prizes catchiness and freakiness equally. This is beautiful mutant rock ’n’ roll.

The Marriage of Figaro @ Academy of Music
Opera Philadelphia presents Mozart’s screwball comedy/love story through May 7.

Swallow @ the Drake
Inis Nua presents the American premiere of Stef Smith’s drama, directed by Claire Moyer. Through May 14.

Tech Week @ all over town
Hackathons, lectures, games, robots, etc. Starts… now. Plan your schedule. Call in sick from work if you gotta. Then get spotted on a web stream. Say you have a twin. Get some smarty pants engineer to make a robot version of you to trick suspicious boss. Never work again. Tech!

BalletX @ Wilma Theater
The Spring Series 2017 concert includes Cayetano Soto’s Schachmatt, Matthew Neenan’s The Last Glass and a Tommie-Waheed Evans’ In Between the Passing. Through May 7.

KYL/D @ Prince Music Theater
Kun-Yang Lin/Dancers perform “home season,” a program featuring Santuario (“a moving response to the tragic shootings at Pulse Nightclub in Orlando”) and One: Immortal Game (“an exploration of humankind’s rituals surrounding the drive to win”). Through April 29.

The Feelies @ World Café Live
Legends of NJ indie rock. Jonathan Demme was a fan; he filmed the above video for their song “Away” back in 1988. (R.I.Power Jonathan Demme, honorary Philadelphian forever.)

Bob Mould @ Underground Arts
The Sugar/Husker Du frontman continues his silver-age winning streak with a solo electric tour. Mould has proven quite emphatically that he can still rock the house; it’ll be interesting to see him switch gears and get intimate again. Show up on time to see the amazing Frances Quinlan of Hop Along do a solo set, too.

eX-Fest Part VII @ International House
Exhumed Films — area purveyors of lost cinematic gems (often horror, but not only horror) offers a full day of screenings, “from kung-fu to blaxploitation, spaghetti western to sexploitation, etc.” The titles are top secret till you get there.

Doo Wop, Volume 3 @ the Keswick
Featuring Freddy “Boom Boom” Cannon (“Tallahassee Lassie”), The Happenings (“See You in September”), The Super Girl Group (members of The Exciters, The Cookies, The Jaynettes, etc.) and more.

Philadelphia Soul @ Wells Fargo Center
If you don’t completely hate football right now you could watch the Soul play their home opener against the Baltimore Brigade. Ugh, they’re called the Brigade? That’s stupid. (P.S. I stole that “NFL draft dodgers” pun from a quizzo team at Fergie’s. Thanks, guys. Sorry we beat ya.)

Science Carnival @ Penn’s Landing
The main event of the Philadelphia Science Festival. Animals to pet, games to play, sciences to experimentalize, activities to activate — it’s fun for the whole freakin’ family. You can even make slime whatever that means.

Laser Background @ Baird Mansion Atrium
Philly psych-rock band Laser Background celebrates the release of Dark Nuclear Bogs in a historic mansion on North Broad. Also on the bill are Norwegian Arms, Breathers and YCIB. Should be a good one.

Ruin Tribute Night @ The Tusk
Is this real? A live-band tribute to Philly punk forefathers Ruin — in a room above Woolly Mammoth at Fifth and South? Could be amazing. Could be a trap.

Monster Energy Outbreak Presents: 21 Savage — Issa Tour @ Fillmore
Okay, I did some googling and I think I get it. Monster Energy is a thing you drink if you’re too extreme for Rockstar. Outbreak is not a flavor; it’s what Monster calls its music tours. 21 Savage is an Atlanta hip-hop dude who is firm but fair when it comes to the subject of throwing things at him. Issa, of course, refers to 21’s support for Republican congressman Darrell Issa.

Tower of Power/Average White Band @ Scottish Rite Auditorium
Veterans of good-time, old-time pop/disco/funk. Oh, and the tour travels all the way to the Keswick on Sunday.

The Revolution @ TLA
The Revolution backed Prince at the height of his reign: we’re talking “Let’s Go Crazy,” “Purple Rain,” “I Would Die 4 U” and a lot more. Now Wendy Melvoin, Matt “Doctor” Fink and the rest are on tour to keep the music alive and the party going.