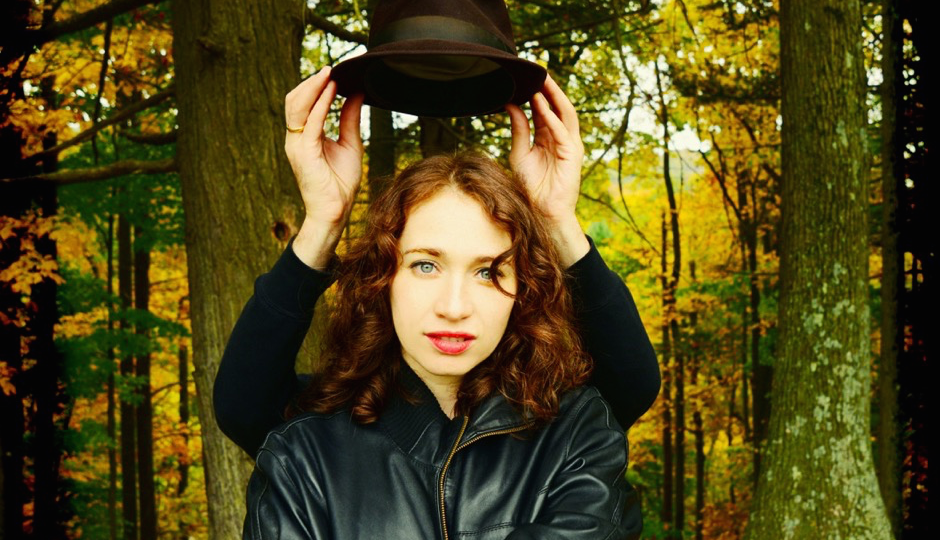 Either you’re excited about Regina Spektor’s show tonight because you have tickets or you’re sad it’s sold out — or you and I don’t understand each other. Those are the three options, and all of them sound like a good excuse to watch a bunch of Spektor videos.

Based loosely on the story of the dude with the fateful haircut (loosely because, like, they didn’t have Wonder bread during Biblical times), this song is so lovely she did it twice. “Samson” first appeared on 2002’s under-appreciated Songs only to be polished/shortened for a wider audience on 2006’s Begin to Hope. It’s a genuine heartbreaker and the video, directed by animator Peter Sluszka, is appropriately moody, full of flickering black and white and magical abstraction.

“Summer in the City”

This song first hits you with a gorgeous melody and seemingly harmless whimsy, but eventually it dawns on you how messed up the protagonist really is. For instance: He’s so lonely he goes to a protest “just to rub up against strangers.” There’s no official video, but this live clip from 2007 sums up the conflict that comes with writing a pretty song about a very troubled soul.

“Call Them Brothers” & “All the Rowboats”

The former is a heartachey duet with Only Son (aka Jack Dishel, formerly of The Moldy Peaches, aka Spektor’s husband) and compares lost siblings to reframed art. The latter is a playful pop tune about oil paintings (and other masterpieces) serving life sentences in museums. Both are from 2012’s What We Saw from the Cheap Seats.

Oh man, no song expresses the excruciating awkwardness of finding yourself better than this one. Enthralled with her own youth, the protagonist recalls her many attention-hungry phases en route to quasi-adulthood. Of course things get dark despite her best efforts to avoid serious situations, but everybody survived so it’s hard to say whether lessons were learned. The video’s a bit literal for my taste, but hey.

Play this one for the whiners.

“The Trapper and the Furrier”

This spooky, ethereal opus is from the new record, Remember Us to Life. A weird and weirdly straightforward song.

These two catchy ones from Begin to Hope seem to focus on using music to understand love. Or something. I don’t know. both are quirky, starry-eyed pop songs that deserve each other.

This one rivals “Samson” for its simple charm and sweeping historic sensibility. In my mind, “Us” is about our ancestors lamenting their own relative primitivity: “They’ll name a city after us / and later say it’s all our fault / then they’ll give us a talking to… / ’cause they’ve got years of experience.”

I can’t find an official video for this dreamy, maudlin standout track from 2004’s breakout record, Soviet Kitsch. Couldn’t even find a super great live version. Whatevs. There’s a lot going on in this song, but I always picture a destitute, defiant, dying woman dressing up her kids and taking one last limo ride together before everything goes to shit.