Songwriters, Win a Chance to Play at Firefly Music Festival
Subscribe
Follow
I'm a scraper
This search result is here to prevent scraping

Songwriters, Win a Chance to Play at Firefly Music Festival 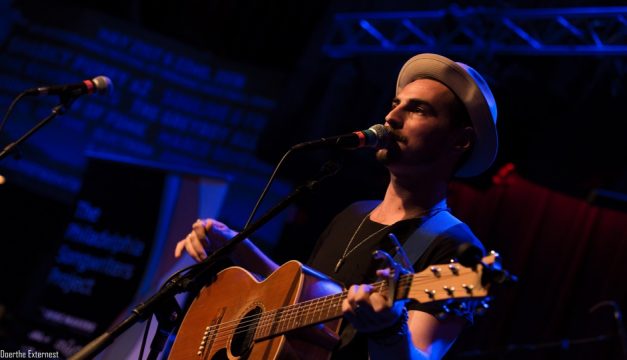 Submit a song to the Philadelphia Songwriters Project’s annual competition and you just might win a summer tour. This year’s theme is Songs of Our Time and all genres of music are welcome, including instrumental. Read more about what fits into the theme here.

The local arts and education non-profit usually receives around 200 to 300 video entries for the contest. Out of those, a panel of judges narrows it down to 10 to 15 finalists, who are invited to sing their submitted songs in a showcase in front of a live audience at Ardmore Music Hall. Four showcase winners will then get the chance to play on a summer tour, which includes performances at the Bethlehem Musik Festival, the Sellersville Theater, the Rose Tree Summer Festival, the Big Orange Tarp at the Falcon Ridge Folk Festival, and a concert series at Penn.

One grand prize winner gets to be on the bill with the likes of The Weeknd, Chance the Rapper and Bob Dylan at the Firefly Music Festival in Dover, Delaware.

It costs $25 to submit a song, or $18 if you’re already a member of the Philadelphia Songwriters Project. The contest closes March 17th, so if you don’t have your entry ready to go, it’s time to get singing. Finalists are announced April 14th.