From Opera Philadelphia's Tancredi to Peek-a-Boo Revue’s Teasers and Tormenters. 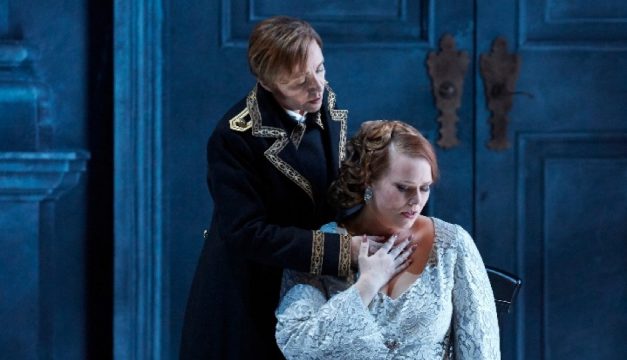 Tancredi @ Academy of Music
Renowned mezzo-soprano Stephanie Blythe stars in Opera Philadelphia’s production of Rossini’s Tancredi, about an exiled solider in love with a woman sentenced to death for a treason she didn’t commit. It opens Friday and runs through February 19th, but there are only five performances total.

A User’s Manual @ The Beard Cave at St. Mary’s Church
SoLow Festival founder Thomas Choinacky premieres his solo dance performance about how the body relates to the architecture around it. There are shows on Friday and Saturday, as well as February 17th and 18th.

Ryan Raftery is the Most Powerful Woman in Fashion: The Anna Wintour Musical @ SEI Innovation Studio at the Kimmel Center
Comedian Ryan Raftery plays Vogue editor Anna Wintour in this one-man musical. This is a rare BYO series at the Kimmel, so you can bring along wine or beer. There’s a show on Saturday, too.

The Seagull @ EgoPo Classic Theater
Theater critic David Fox doesn’t give away too much in his review of EgoPo’s production of The Seagull “for fear of spoiling the fun,” but he does promise that “this reimagining of Chekhov will blow your mind.” It runs through February 19th.

The Crashing Comedy Tour @ Trocadero Theatre
Pete Holmes, Judd Apatow and Artie Lange are on the road in support of their new HBO series, Crashing, which premieres next week.

Secrets of the Heart: Lusted, Busted or Trusted @ PlayGround at the Adrienne
Write down a deep dark secret about love or lust (or both) before the start of this unscripted Valentine’s Day-themed show from Tongue & Groove and the performers just might act it out. 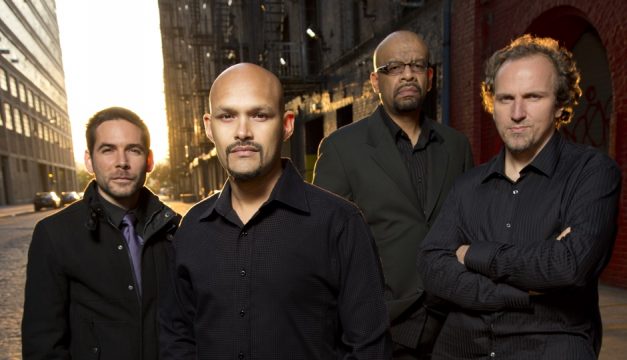 The Miguel Zenón Quartet is at the Annenberg Center on Saturday. Photo by Jimmy Katz

Miguel Zenón Quartet @ Annenberg Center
Composer and saxophonist Miguel Zenón is on tour with his Latin jazz quartet for their new album, Tipico.

‘Til Death Do Us Part @ Laurel Hill Cemetery
I’m going to let the venue explain the origins of this one: “Laurel Hill Cemetery’s Love Stories wintertime walking tour was inspired by the little-known story of a little-known woman whose heart – and only her heart – now lies buried beneath the cemetery’s earth.” The tour ends with hot chocolate, wine and snacks inside by the fireplace.

The Secret World of Arrietty @ International House
Bring the kids to I-House for a matinee of this family-friendly animated film out of Japan.

Fasten Your Seat Belts: Films From the Jet Set Era @ Fairmount Park Horticulture Center
Secret Cinema is screening shorts about air travel from the ’50s and ’60s in the Horticulture Center’s greenhouse. Many of the films were made by airlines like Pan Am and TWA to promote the latest in luxury: commercial overseas flights. 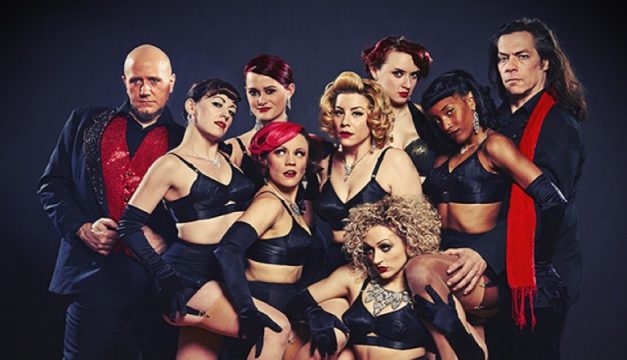 Peek-a-Boo Revue @ Punch Line Philly
Get in the Valentine’s Day mood with Peek-a-Boo Revue’s Teasers and Tormenters burlesque show, featuring the Striptease Orchestra and hosts Joey Martini and Count Scotchula. This is the same show the troupe will be taking to Germany next month, where they’ll be headlining the Munich Burlesque Festival.

A Valentine’s Day PAWty @ Panorama
Pups are invited to this Valentine’s Day party, with wine and snacks for the humans and treats from Doggie Style for the guests of honor. All of the proceeds go to Saved Me.