Throw Tastykakes from a Tower for Bastille Day

Here are three ways to celebrate le 14 Juillet in Philly. We’ve wrapped up Independence Day festivities for another year, but don’t put away your red, white and blue gear just yet. July 14 is Bastille Day, France’s commemoration of the storming of the Bastille in 1789 during the French Revolution — and you don’t have to be a Francophile to enjoy a good party with crepes and Champagne.

If you’re more Marie Antoinette than revolutionary, celebrate French National Day two days early at the Bastille Day Fireman’s Ball, on Tuesday at the Local 22 Philadelphia Firefighters Union in Northern Liberties. The party space is attached to the fire station, so you’ll “have a chance to chat up our city’s finest firefighters,” promises host Chloe Johnston Experiences, a bespoke travel company run by Philly-based Chloe Johnston. Or you can just hang out near the (open) bar, attired in your best summer chic, and eat French-themed food like croissant sandwiches and macarons. Mr Hollywood DJ will provide the music.

The 22nd annual Bastille Day Festival at Eastern State Penitentiary in Fairmount is Saturday, kicking off at 2 p.m. with a French Family Carnival, complete with a Tastykake-eating contest. At 5:30 p.m., cabaret troupe The Bearded Ladies will entertain with “song, dance, beheading and raining Tastykakes”: The free performance leads up to a storming of the penitentiary, filling in for the Bastille, and the capture of Marie Antoinette, while 2,000 Tastykakes are thrown from the former prison’s towers. After the festival, wander over to one of the neighboring bars and restaurants offering Bastille Day specials. 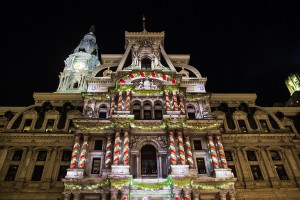