Further details about Kimmel Center’s PIFA 2016 were released late last week, including the unveiling of the festival’s signature installation, The Kinetic Tree, at Commonwealth Plaza. There’s quite a lineup of announced performances, and tickets for all of the gigs are currently on sale via the Kimmel website. However, the huge selection of shows can be somewhat overwhelming for those who aren’t quite sure how to navigate the offerings. We hand selected five best bets for PIFA presentations that should be on everyone’s to-do list, including both free and ticketed shows for kids and adults. Take a look at the preview gallery below, and book your tickets by visiting this link. 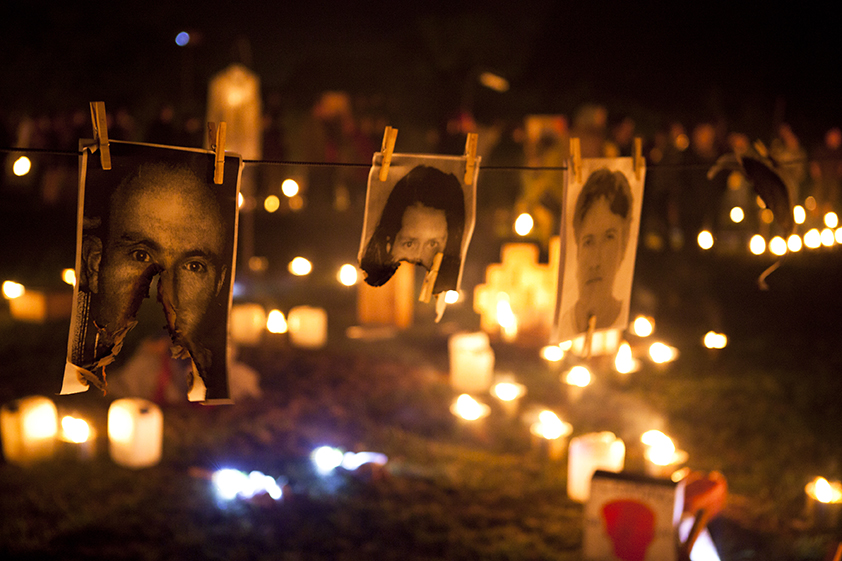 This interactive presentation, which tells the story of thousands of migrants who have disappeared, is a collaboration between Carabosse Company and Teatro Linea de Sombra. Article 13 features a memorial made of fire, sand, water, video, and performance. The PIFA festival marks the work's American premiere. Guests will literally be surrounded by flames as they walk through the free installation (it's as big as two football fields) at Penn's Landing. April 8-10, 9 pm, free, Penn's Landing. 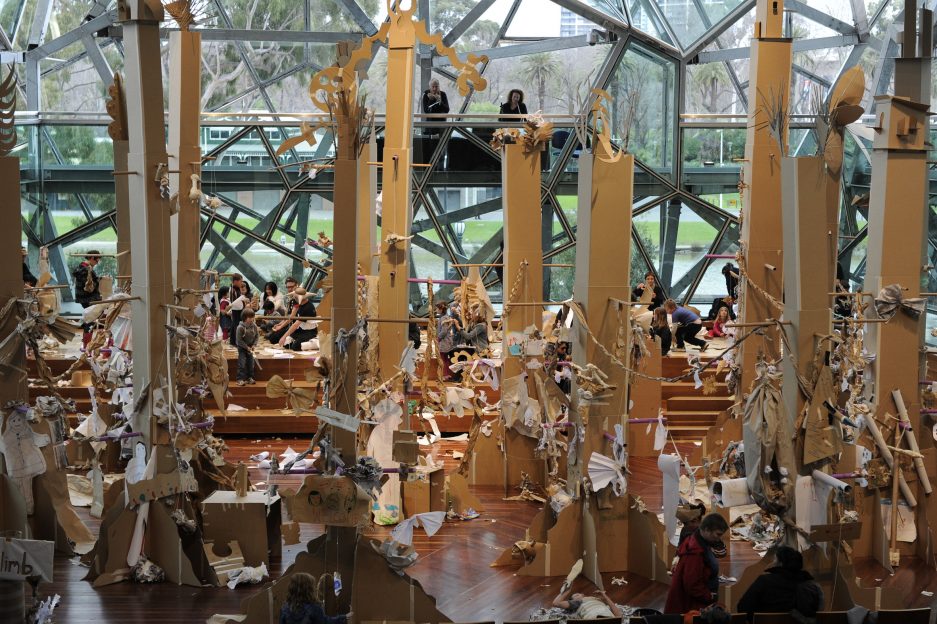 The Polyglot Theatre's Paper Planet is the perfect way to introduce youngsters to PIFA. The Kimmel's Hamilton Garden will be transformed into a giant forest of interactive cardboard trees, where visitors can touch, play, and explore amongst, well, paper. This will be the Philadelphia premiere of the installation, and it's appropriate for kids as young as 3 years old. April 9-23, various times, $29, Hamilton Garden. 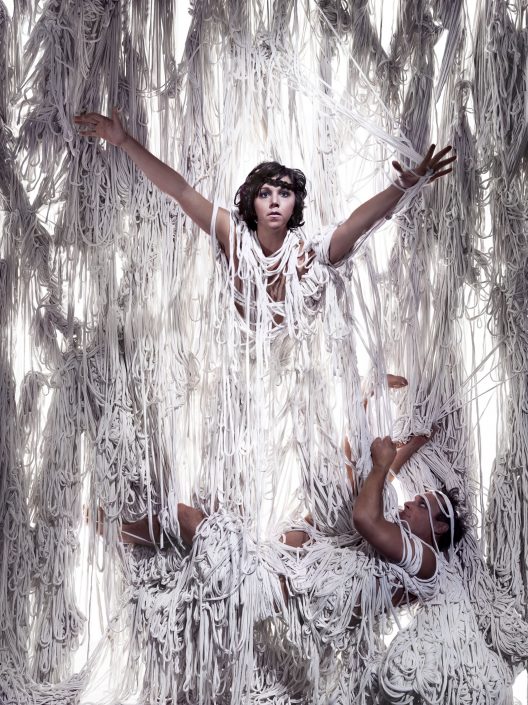 Local knitters are encouraged to participate in this massive contemporary "yarn circus" by submitting white knitted works to the Kimmel, which may be used during a performance of Knitting Peace. The Swedish troupe, Cirkus Cirkor, will fly, dance, and pounce on a set made of 75% thick cotton yarn produced from waste product. The American premiere of this works asks if creating human dialogue through art is possible. April 8-10, various times, $30-95, Merriam Theater. 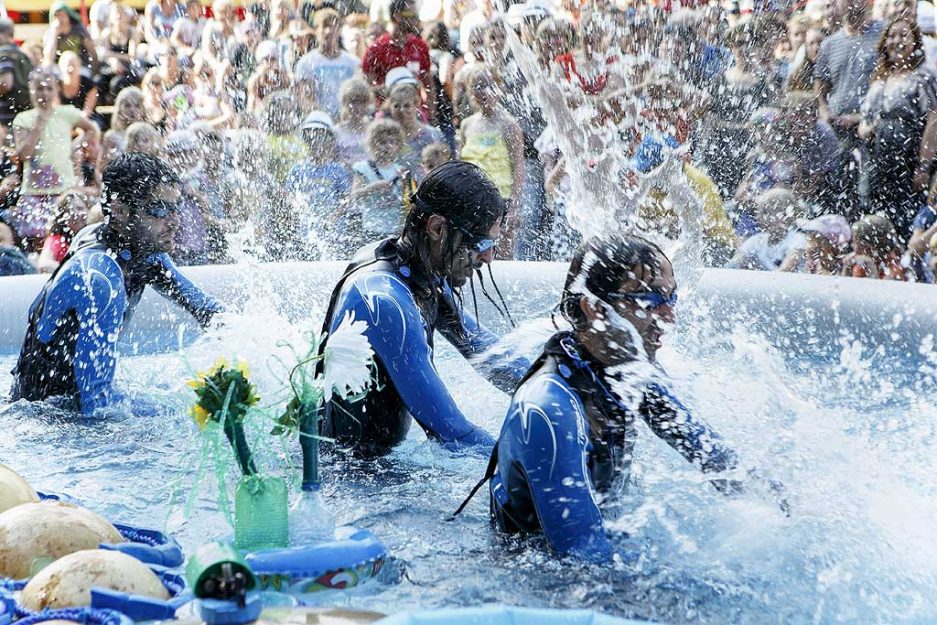 Aquacoustique will be making their Philadelphia premiere during PIFA, and they won't be performing in any theatre at all. This troupe of musicians will transform public fountains at Independence National Park, the Rodin Museum, and the Penn Museum into stages. They'll turn recycled snorkels, watering cans, and other regular objects into musical instruments and will perform in the water of each fountain. Strange, yes, but utterly memorable. April 15-17, various times, free, various locations. 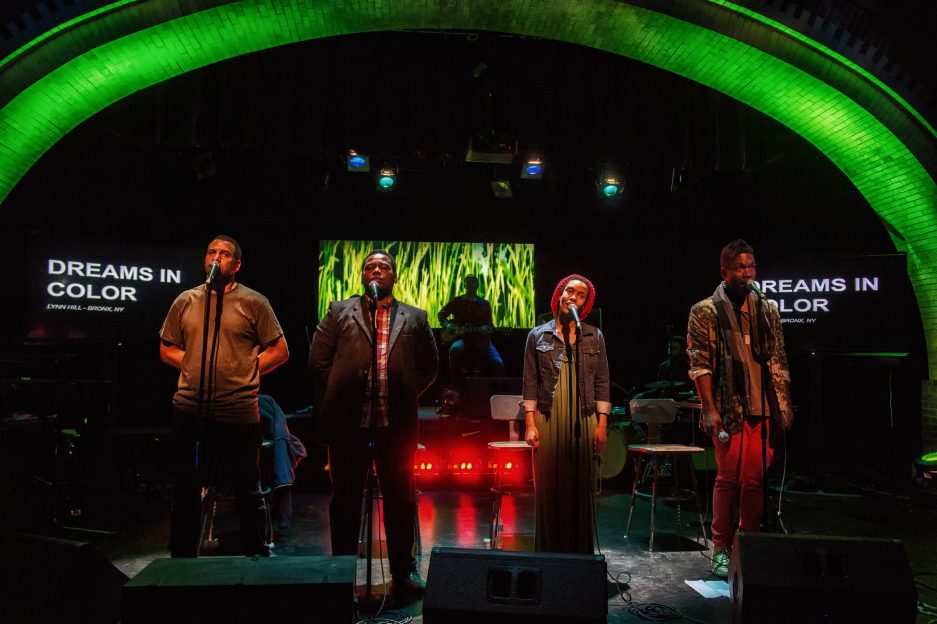 Holding It Down: The Veterans' Dream Project

Grammy-nominated musician Vijay Iyer and performer Mike Ladd have collected dozens of first-person stories from veterans of color over the last decade and weaved them into this evening of music, poetry, and visuals. The Philadelphia premiere of Holding It Down will provide free tickets to local veterans and their families (on a first-come, first-serve basis), and will also offer a workshop where local vets can literally turn their old uniforms into paper on February 20. April 22, $29-39, Perelman Theatre.