Shaquille O’Neal introduced a new hybrid table/slot game, called ShaqBLACKJack, this Sunday night at Parx Casino in Bensalem. Over 500 fans came out to see the retired basketball legend. He posed for photos along the pic wall and signed memorabilia before heading over to deal a few hands for ShaqBLACKJack players. According to an article we posted in September, Shaq was heavily involved in creating the game. Here’s how it works: “ShaqBlackJack has a live dealer, who pulls cards out of a shoe and deals onto a table. But he or she deals three hands, instead of just one. Players sit at consoles near the dealer; before each hand, they are allowed to pick which hand they want to play against. Yes, otherwise this seems exactly the same as any other type of blackjack. But it has a cartoon Shaquille O’Neal that congratulates you if you win.”

The game is exclusive to Parx Casino and consists of twenty-four separate blackjack games which are linked to a live blackjack game and dealer on the gaming floor at Parx Casino. More photos from the night below: 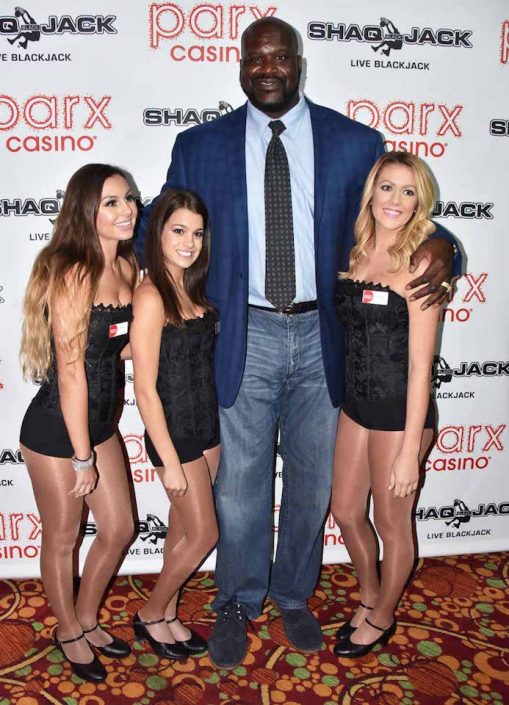 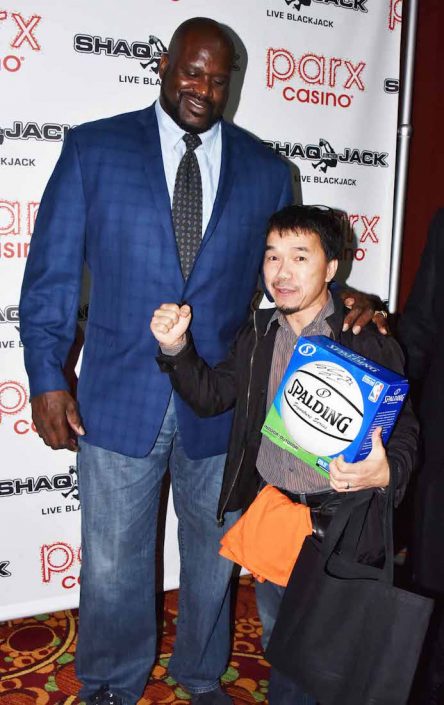 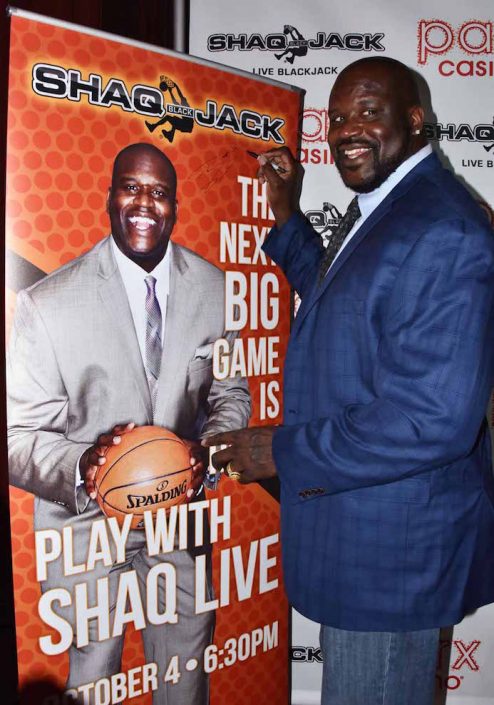 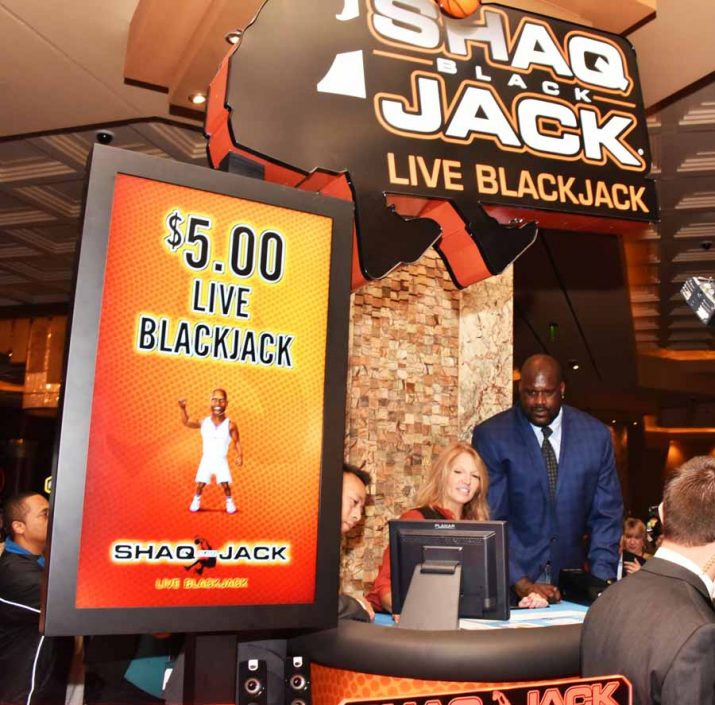