They didn’t have soaring speeches by Viola Davis and Jon Hamm, but Philly held its own Emmy Award ceremony on Saturday at the Philadelphia Hilton Hotel. The Mid-Atlantic Chapter of the National Academy of Television Arts & Sciences (NATAS) presented a total of 81 Mid-Atlantic Emmy Awards in 77 categories as the sold-out audience of more than 500 regional television industry professionals gathered for the 33rd annual event.

Mid-Atlantic Chapter also inducted five television professionals into the Silver Circle Society, an honor society that recognizes significant contributions by individuals in the broadcast industry for 25 years or more. This year’s inductees included Pat Ciarrocchi, news anchor/reporter at CBS 3 in Philadelphia, and Paul Gluck, associate professor of practice in the Department of Media Studies and Production at Temple University. The Mid-Atlantic Chapter also awarded eight “College Student Awards” for Excellence in College Production at Penn State and Temple.

Check out photos below. For a full list of the evening’s winners, go here. 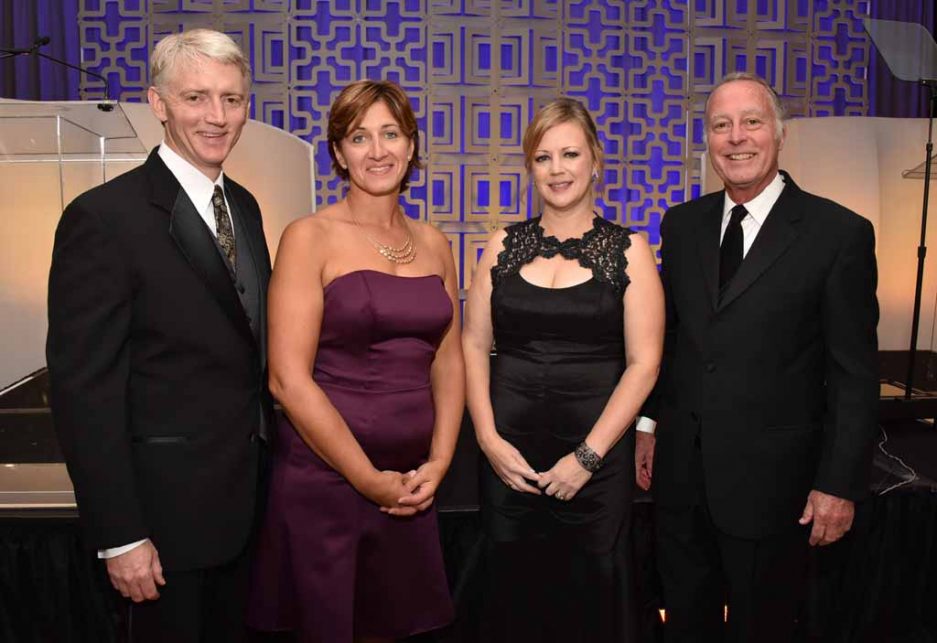 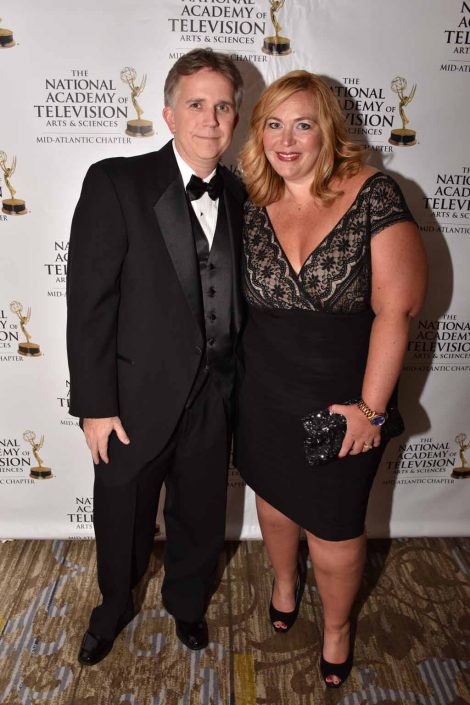 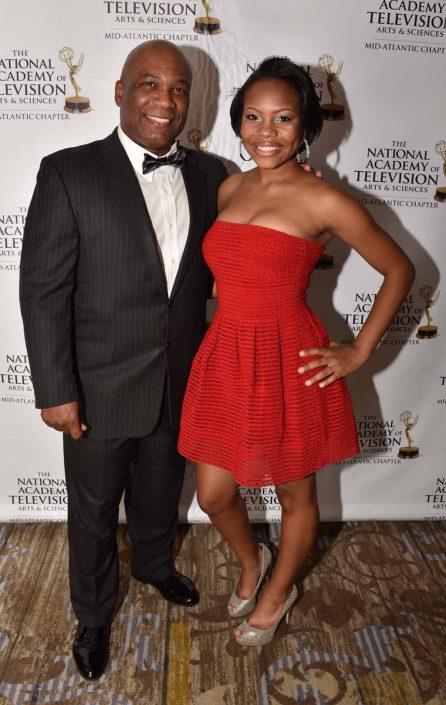 Ron Burke of Comcast SportsNet, whose show won an Emmy for Sports: Daily or Weekly Program, and Madison Burke 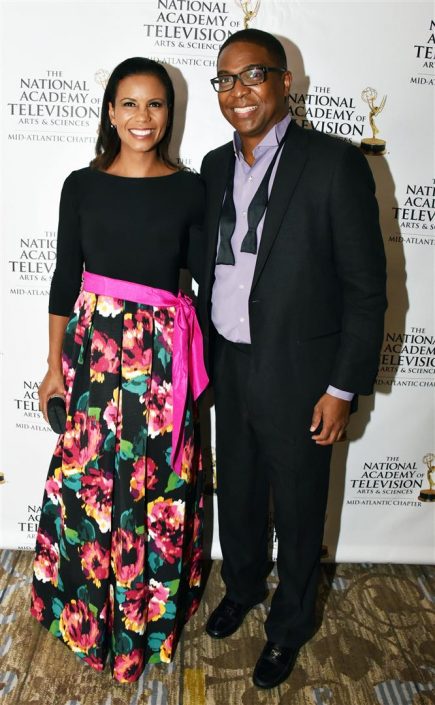 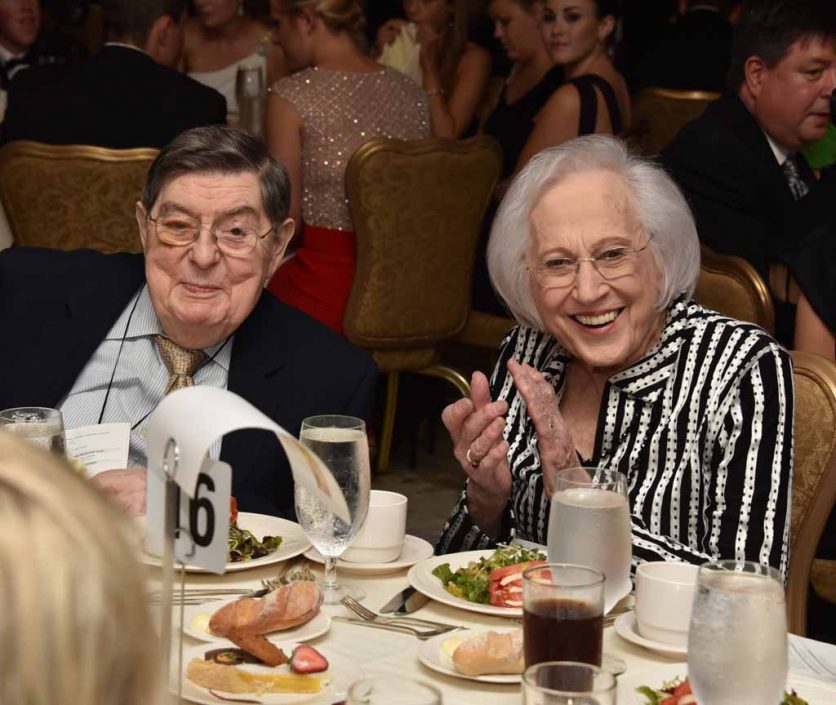 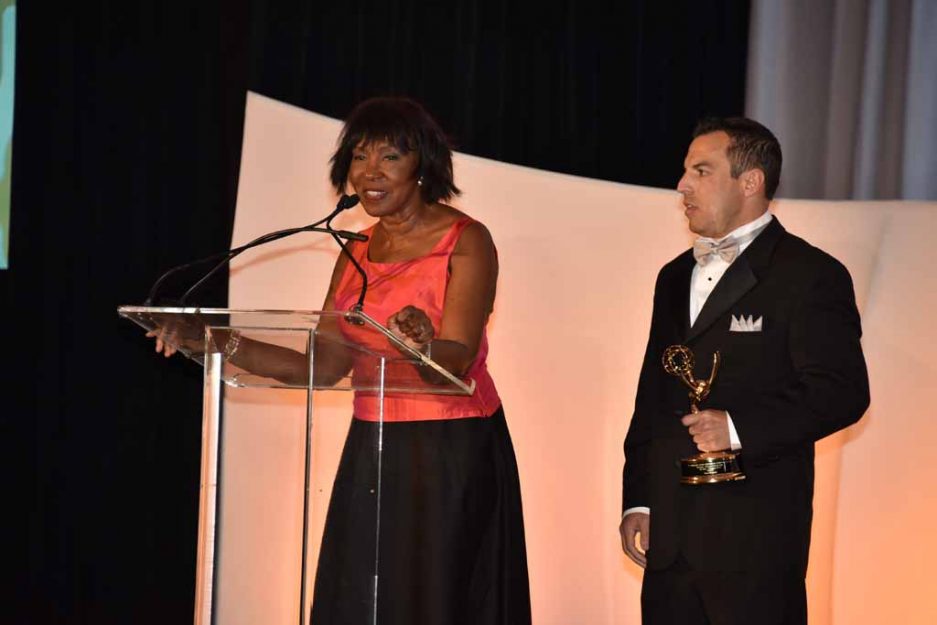 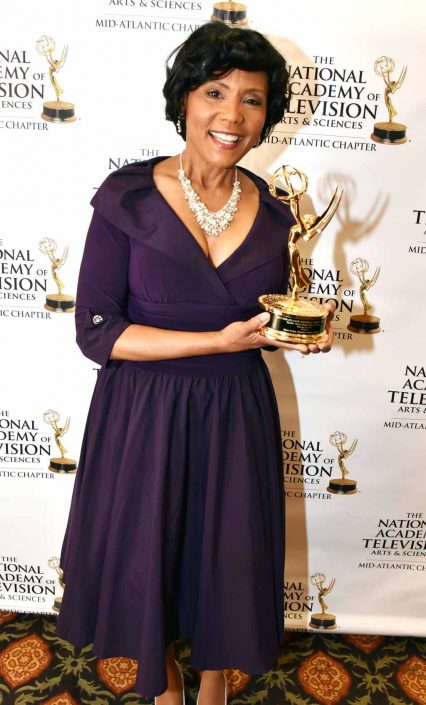 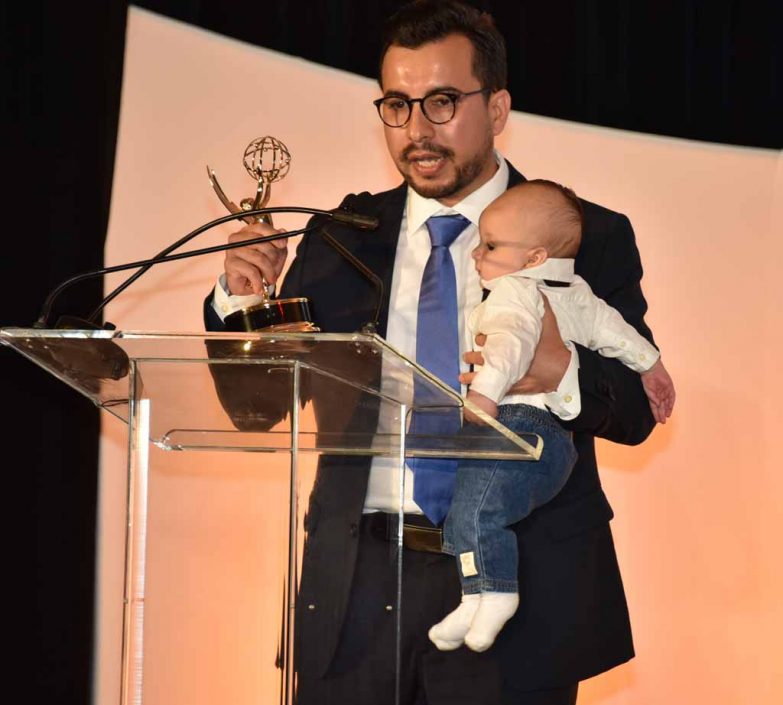 Ayhan Cebe and Ebru TV won in the category of Graphic Arts: Animation, and carried another trophy up to the stage with him: his son Burhan. 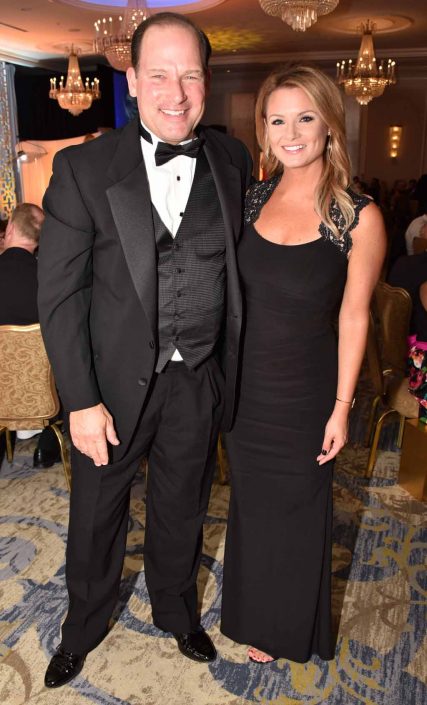 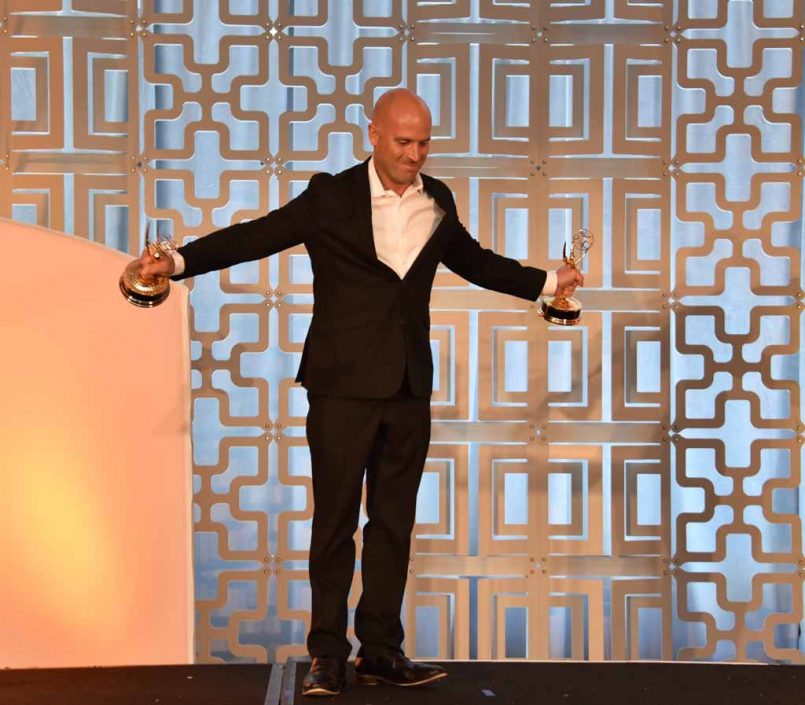 NBC 10 photojournalist Brad Berner picked up an Emmy for Education/Schools: News Single Story or Series for "Playing For Funding.” Brad got up, thanked the academy and then thanked the band, asking them to play "Bennie and the Jets," which they did and he danced his way off stage. 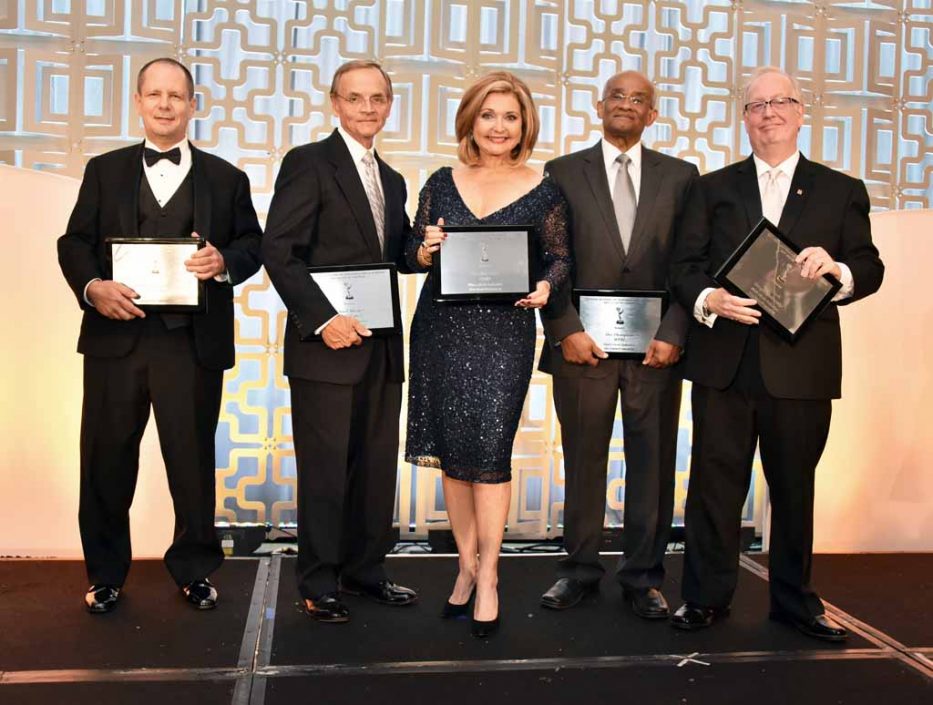 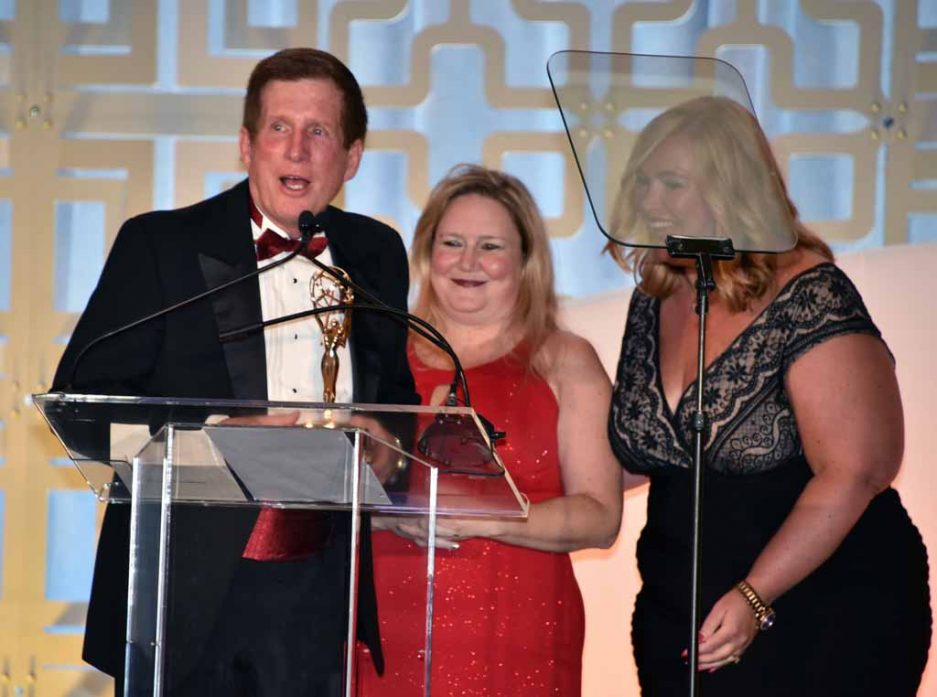 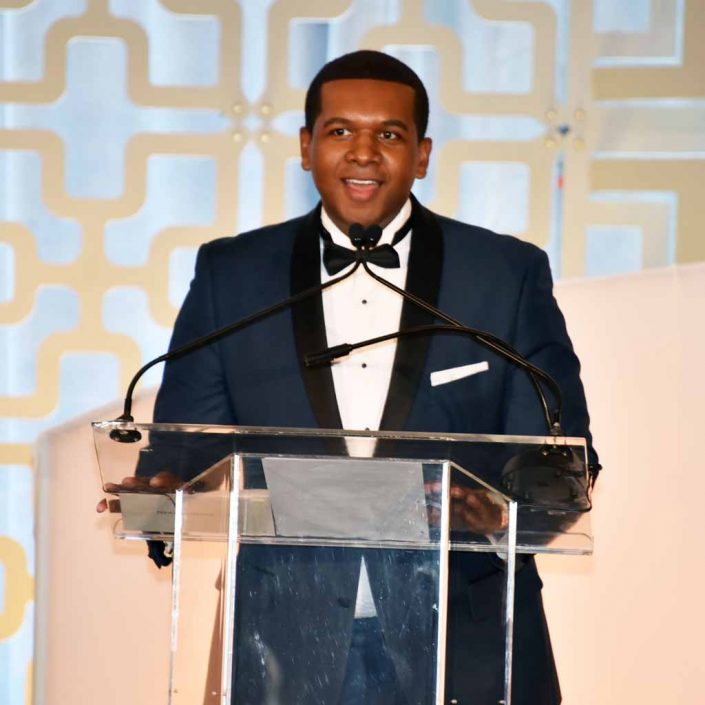 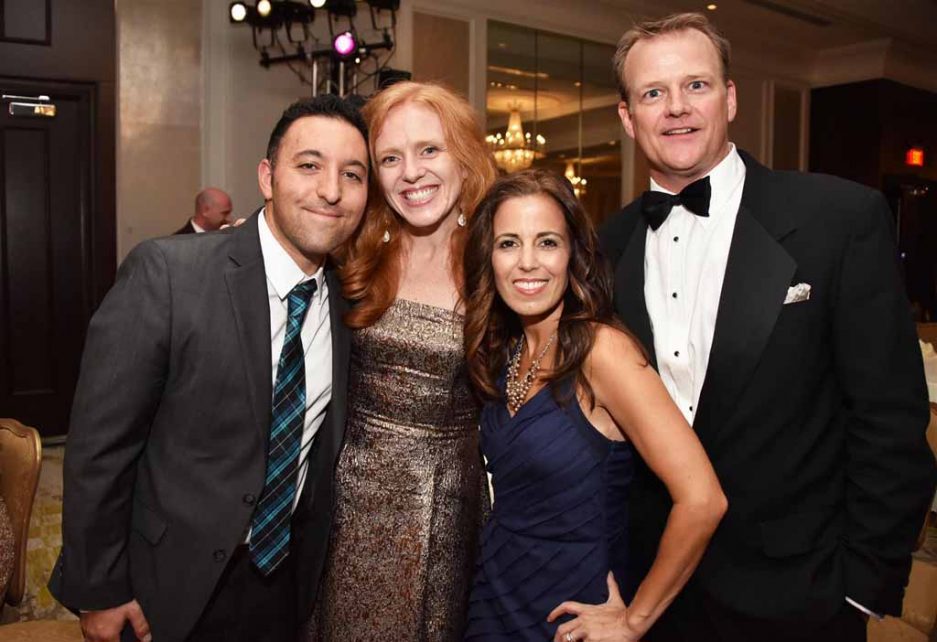