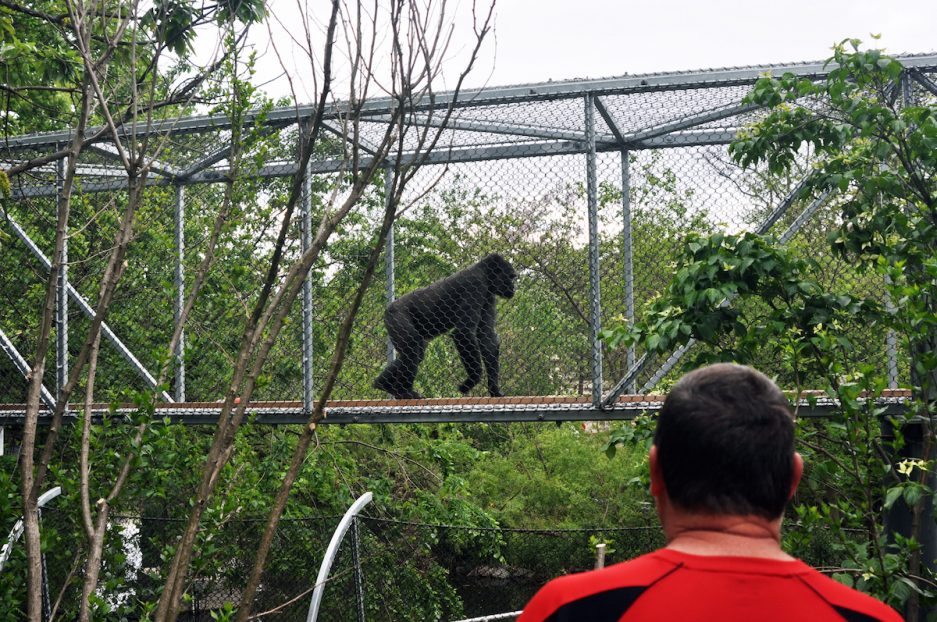 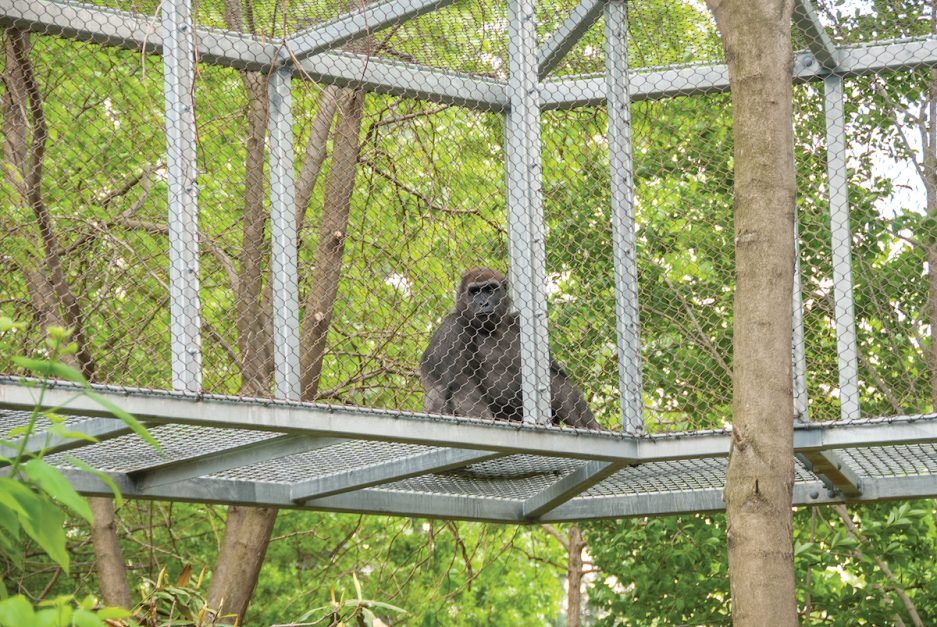 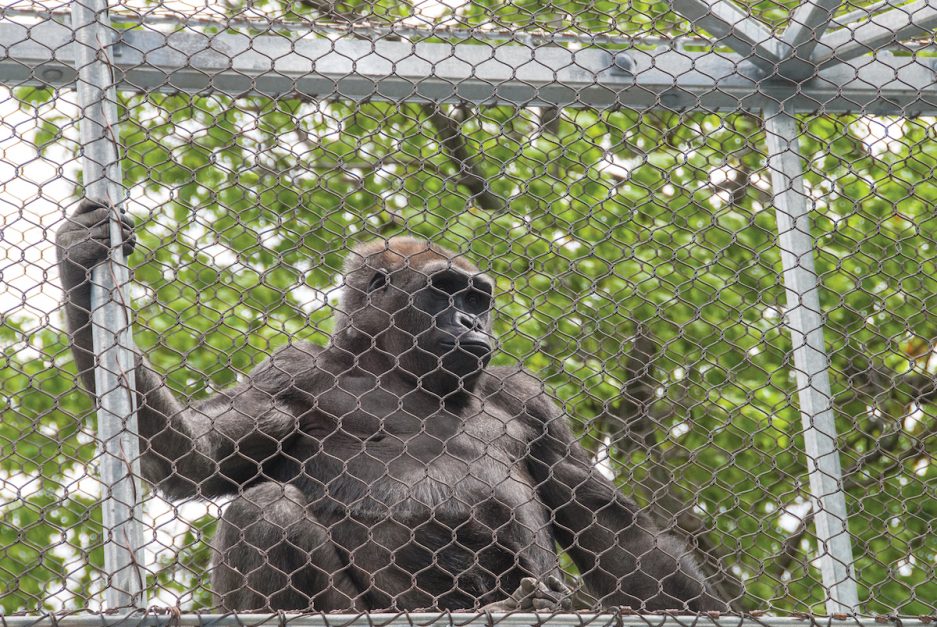 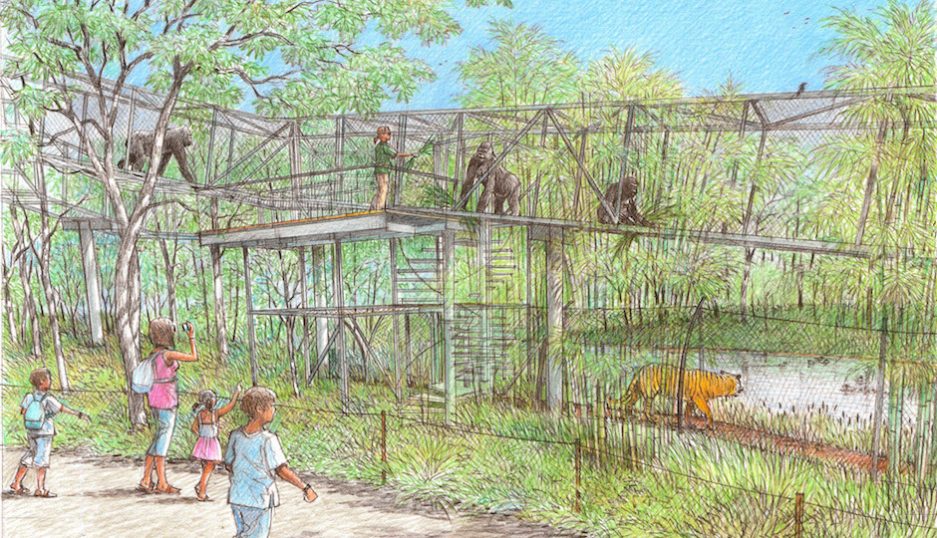 A rendering the upcoming Gorilla Treeway, an extension of the Great Ape Trail.

The latest addition to Philadelphia Zoo‘s Zoo360 program, an initiative that seeks to get visitors up close and personal with the animals like they’ve never seen them before, is set to open this weekend. That addition is Gorilla Treeway, a 300-foot, mesh overhead system of tunnels that lets the gorillas stroll around the Zoo grounds more freely—and at times right over our heads. The Treeway extends 12 feet above the visitor path and gives the animals a 5-foot by 6-foot expanse to stretch their arms and get peeks at parts of the Zoo—and their animal neighbors—that they may not have seen before.

“The opening of Gorilla Treeway marks another major milestone as we continue to transform the Zoo experience—quite literally taking visitors’ engagement with wildlife to new heights,” says Zoo President and Chief Executive Officer Vikram H. Dewan “The Zoo experience is evolving and though Philadelphia Zoo is an organization steeped in history, we are on the forefront of this change—defining the zoo of the future.”

Treeway specifically, he says, gives the Zoo’s five Western lowland gorillas, Kira, Honi, Motuba, Louis and Kuchimba the opportunity to “travel long-distance, investigate a greater variety of environments and determine their own experiences.”

The Gorilla Treeway joins other Zoo360 projects, like Treetop Trail and Big Cat Crossing, the latter of which is about to be extended by 170 feet along the Zoo’s Bird Lake to give the big cats a view of the waterfront. In winter, Dewan says, the gorillas will be whisked away from the Treeway and opened for the large felines to use until weather is suitable for the apes to return, because sharing is caring in the animal kingdom. “Over time, and through gradual acclimation, gorillas can move through Gorilla Treeway, while big cats roam the ground-based portion of Big Cat Crossing directly below them,” says Dewan.

Gorilla Treeway gets its official public debut this Saturday, May 16th.