And here are 10 reasons why. 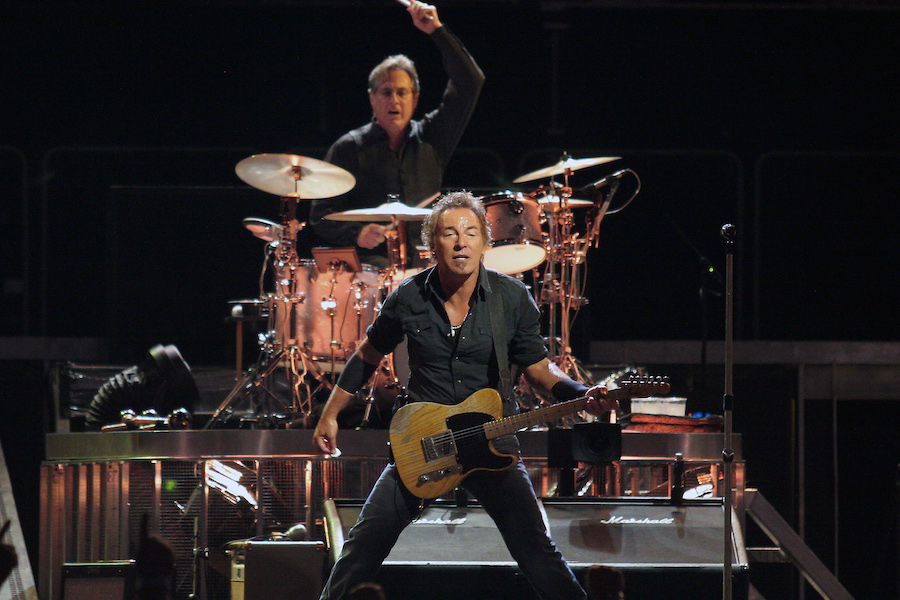 Reason #2 Why Springsteen Sucks: “Oh, You Have To See Him Live”

The most common argument against Bruce Springsteen hatred goes like this. Have you seen him live? Oh, you haven’t. I see. Well, you really have to see him live. I used to hate him, too. But then I saw him live.

The whole thing has some weird, cult-like, Amway seminar thread running through it. I say, “I hate Bruce Springsteen,” and the best you can do is suggest that I go spend three hours with the man? (Yes, I’ve heard all about those legendary three-hour concerts. Save your breath.) What is this, aversion therapy?

People used to say the same thing about the Grateful Dead, and, against my better judgment, I went to see them live. In fact, I saw them at their last Spectrum performance before Jerry Garcia died. There’s a reason why Grateful Dead fans needed all those drugs.

I love the saxophone in jazz and funk. But in rock-and-roll, the instrument is overused even when it is barely used. And no one is more guilty of rock-and-roll saxophone overuse than Bruce Springsteen. (Okay, well maybe Steely Dan.)

When longtime Springsteen sax player Clarence Clemons died of a massive stroke a couple of years back, some fans wondered whether the Clarence-less 2012 tour would be worth the price of admission. That’s how integral saxophone overuse is to Springsteen’s music.

Bands out there, when you’re recording your next album and one of your members says, “Hey guys, I think that a saxophone solo here would really seal the deal,” fire him on the spot.

Reason #4 Why Springsteen Sucks: “The Streets of Philadelphia”

It is unfortunate that two of the most famous songs about Philadelphia are Elton John’s “Philadelphia Freedom” (only someone not from here would ever write a song about tennis and include “Philadelphia” in the title) and “The Streets of Philadelphia,” the track that Bruce Springsteen contributed to Philadelphia, Jonathan Demme’s 1993 film.

Yes, “Streets” won the Oscar. (Neil Young, also nominated for a Philadelphia song, was robbed). But, then, “A Whole New World” won it the year before, and “Can You Feel the Love Tonight?” the year after. Not exactly great company to keep.

In 1991, Dr. Venkat Ramani reported in the New England Journal of Medicine that one of his patients went into seizures every time she heard Entertainment Tonight host Mary Hart’s voice. Apparently, it’s called audiogenic epilepsy and is an actual thing, which pretty much makes it number one on The List of Things That Seem Like They Are Urban Legends But Are Not. Based on my own reactions to the voice of Bruce Springsteen, I may be a candidate for this diagnosis, although my allergic reaction is also triggered by the mere sight of his bandanna, denim and open-shirt-clad self.

As far back as the 1970s, Bruce Springsteen was sporting an earring, making millions of working-class grunts think they had the right to do the same. Men with earrings would become an unfortunate trend that lasted far too long. When in doubt, fellas, skip the stud.

We here in Philadelphia know all about nepotism, and it has no place at rock concerts. And yet, Van Halen replaced founding bass player Michael Anthony with Wolfgang van Halen, the spawn of Eddie van Halen and Valerie Bertinelli, while Springsteen chose Jake Clemons (nephew of Clarence) to replace the late sax player. Springsteen nepotism bonus: Bruce’s wife, Patti Scialfa, sings backup vocals and bangs on a tambourine for him.

I’m pretty sure that if Led Zeppelin drummer John Bonham hadn’t died, he would have kicked Max Weinberg’s ass a long, long time ago.

Maybe I wouldn’t have to hate Bruce Springsteen so much if you fans didn’t love and worship him so much. I could tolerate a general liking of the guy. But it seems like people don’t like Bruce Springsteen. They love him. And when we hear you go on and on and on and on about how awesome he is, it gets a little tiresome and leads to reactions like the one you are reading here. Stop shoving him down my throat. I get it, even though you’ll say that I don’t. I get it. I just hate it.