The End of HIV: Philly Researchers Are Closing in on the First Safe, Reliable Cure 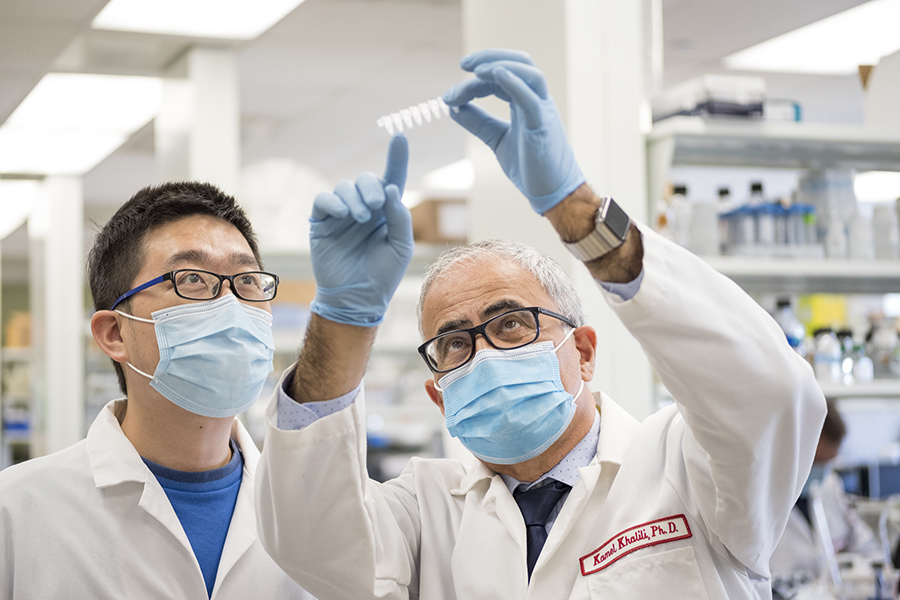 After nearly half a century of searching for a cure, HIV is still a potent, harmful force in our country and across the globe. 35 million people are infected worldwide, and close to a million people every year are infected in the United States. In Greater Philadelphia alone, 30,000 people are living with the disease.

But there’s newfound hope, and it’s coming from Philly.

“I would like to see that we can cure HIV right over here at Temple Health on North Broad Street,” says Dr. Kamel Kahlili, professor of neuroscience at Lewis Katz School of Medicine at Temple University.

Khalili has been working on a cure for HIV since the beginning of the virus’s appearance in humans, and has already managed to completely eradicate the virus from human cells in the lab. Recently, he partnered with Dr. Tricia Burdo, associate professor in the department of neuroscience at Lewis Katz School of Medicine at Temple University and the leading expert on SIV (HIV in primates).

Although much remains to be done, together, they’ve had a breakthrough that serves as the foundation to enter the next phase of studies that may lead to clinical trials for a potential cure for HIV—a major step in a forty year journey that has implications for other seemingly impossible to cure conditions, from genetic disorders to cancer.

Obstacles to a Cure

What’s so insidious about HIV, and what has stumped scientists for so long, is that the virus actually inserts itself into your DNA.

“When individuals infected with HIV first enter into a clinic, the viral genome has already been integrated into the host’s gene, and becomes part of the fabric of the host’s DNA,” Khalili says. “Basically, it’s a foreign DNA.”

What’s worse, it’s almost impossible to tell which cells are infected, which means that any treatment is going to have to spread throughout the entire human body. While current antiretrovirals are generally successful in suppressing the development of HIV into AIDS, the treatment is harder to obtain in resource-poor countries. And even when it’s available in wealthier nations, it carries risks as well.

“People with HIV that are on antiretroviral therapies for a long period of time have a lot of different comorbidities,” Burdo says. “They can have cardiovascular diseases, cognitive function impairment and daily living dysfunction.”

A huge leap forward occurred just five years ago, when Khalili saw the potential in the newly developed CRISPR, a special protein that can destroy sections of DNA.

“When the CRISPR technology was introduced, I immediately realized that is the way that we have to move forward,” Khalili says. He worked with the two inventors (now Nobel-Prize winners) to develop what could become a cure for HIV.

To put it simply, Khalili creates an enzyme (a protein that interacts with DNA) designed to interact only with the viral DNA, leaving the human DNA untouched. That enzyme is then placed into a kind of dummy virus (one that doesn’t make you sick), and the virus carries the enzyme throughout the cells of the human body.

“It functions like trucks that carry your therapeutic molecules to the different sites. And then delivers CRISPR to the cells,” Khalili says.

CRISPR therefore appears to allow Burdo and Khalili to do the seemingly impossible—destroy a virus that has become fused in the most basic building blocks of a person, without harming the person.

“Our technology really cuts out that viral DNA and removes it, and your body will then enjoin those DNA back together and repair it,” Burdo says. 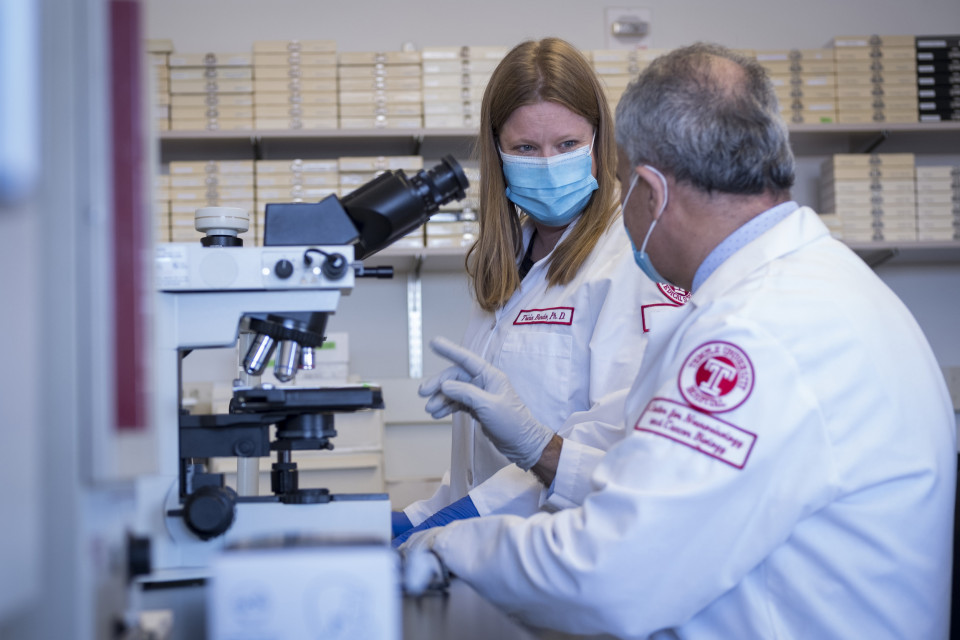 The use of CRISPR has accelerated the development of a potential cure. Khalili has already eliminated the virus from “humanized” mice (mice bioengineered to grow small amounts of human cells). Now, Khalili, Burdo and their teams are in the process of completing the final step before initiating clinical trials: eliminating the immunodeficiency virus from primates.

“This is very, very novel work,” Burdo says. “No one has ever done an experiment like this in nonhuman primates.” Burdo, who developed the model for testing SIV in primates, points out that it makes sense a promising cure is being developed in Philadelphia and at Lewis Katz School of Medicine at Temple University.

“Especially in our department and in our center, we have a lot of infrastructure for this kind of work. We have the Center for Neurovirology and the Comprehensive NeuroAIDS Center,” Burdo says. Amy Goldberg, MD, interim Dean of the Lewis Katz School of Medicine at Temple University, notes that the team has worked not just with their own department, but has collaborated with individuals across the college of science and technology.

“It is that collaboration and that sense of a willingness to work with other people that’s been so extremely important in this discovery,” Goldberg says.

Because their studies have shown the elimination of SIV without harming the primates, the next step is the big one.

“We feel that we’re prepared to move on to a clinical trial using this product in people with HIV,” Burdo says.

“We are hoping that by the end of this year or beginning of next year, we get into clinic,” Khalili adds.

According to Goldberg, for her and for other researchers and physicians treating HIV at Temple Health, that hope is on their minds frequently—not just for its potential overall impact, but for the individuals they work to help each day.

“We have seen and treated so many cases of HIV here at Temple Health over the years, and our doctors and staff have a deep, personal concern for each one of these patients,” Goldberg says. “To know that a potential cure is being developed on the same campus at the same time as we work to save and improve lives each day has a profound meaning for all of us.”

The significance of the discovery expands far beyond Philadelphia, however. What’s so important about Khalili’s and Burdo’s approach to potentially curing HIV is that they’ve designed the cure to be widely accessible. Although CRISPR sounds complex, it can be injected like any other liquid solution. If trials go as they hope, one single shot will be enough to eliminate HIV from the body.

“From the very beginning we were trying to develop a strategy that can be applied in all different areas,” Khalili says. “With a hospital, without a hospital, as long as there’s a clinic and you can inject with a needle, you should be able to use this technology that we have.” That’s key because HIV most frequently develops into AIDS in nations where antiretroviral treatments are not affordable.

This is even more important when you consider the ramifications of the approach. As Khalili points out, the success they’ve had so far offers hope for other, once-thought-incurable conditions as well.

“You can basically modify human genes that have been mutated,” Khalili says. “And mutation causes a broad range of diseases, from genetic diseases to cancer.”

For Burdo, the fact that her work can help people in general is what matters most.

“That’s the ultimate goal as a scientist,” Burdo says. “To improve the health of people.” 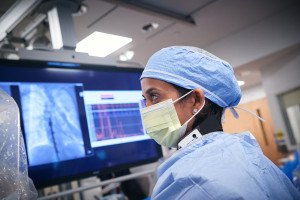 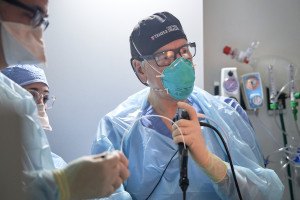 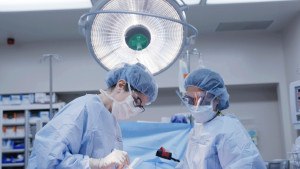 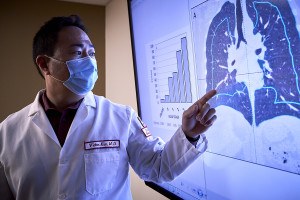