Giving Philly’s Next Generation a Chance 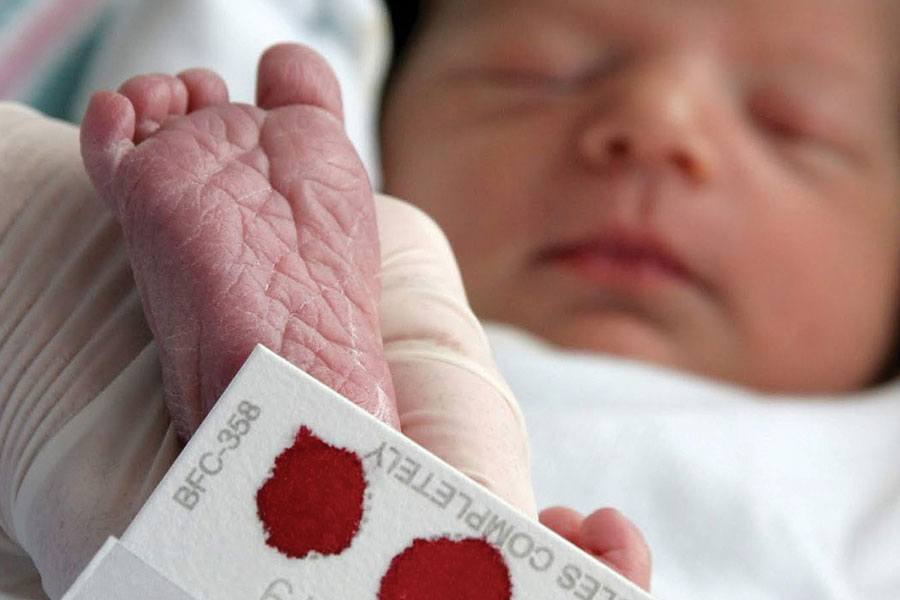 Sanya Brown was 36 weeks into her second pregnancy and nearing her due date without complications. For one of her final check ups, her regular obstetrician was on vacation, so she saw a different physician in the practice. This physician identified issues that Brown’s previous doctor hadn’t brought up.

“He said, ‘You’re overweight, you’re too big, you shouldn’t be this size. Your baby could die. I’m ordering you to get a stress test right now,’” Brown says.

Despite his blunt delivery, the doctor was right, Brown realized during the stress test. She could see there was a problem. The nurses hovered around, scurrying back and forth, speaking in hushed tones. Brown kept asking what was wrong but got no response. Finally, a nurse approached her, and explained they needed to admit her.

Shocked, she asked why they were going to admit her, and the nurse responded, “You’re going to have your baby today,” Brown recalls. Her blood pressure was dangerously high.

High blood pressure had been a problem during Brown’s first pregnancy. After she gave birth to her first son, she had postpartum preeclampsia, a potentially life threatening condition tied to high blood pressure.

Minutes later, Brown was walked from one side of the hospital to the delivery room, where she delivered her son via Cesarean birth. “It was a lovely experience, as lovely as a Cesarean birth can be,” Brown says. “But it was several hours after the birth that I experienced my most life-threatening moment.”

Brown had a near fatal hemorrhage about six hours after her son was born. She was holding her baby, when she suddenly felt something akin to a drunken haze come over her. She told her husband to take her son. He didn’t understand. She repeated—something was wrong. He needed to take the baby.

“As soon as he grabbed the baby, I said, ‘Call the nurse,’ and fell backward on the bed,” Brown says. The room was spinning. She began bleeding severely. A team of doctors and nurses rushed in, working hurriedly to remove rapidly forming blood clots.

At 1 a.m., they managed to cut off the blood supply to her uterus. She had lost three liters of blood.

“They told me most mothers who lose three liters of blood don’t come back from that,” Brown says. They told her she almost made them take the walk with her husband they hate taking—the one where they have to walk a father and a baby out without the mom.

Tragically, that walk is becoming more common. March of Dimes’s most recent grade for the city of Philadelphia regarding infant and maternal mortality was a D-. Nationally, the number of involuntary preterm birth, which is correlated with a myriad of potential health concerns for mother and infant, has risen by about 40 percent in the past decade. And when looking at the problem more closely, Brown’s story is representative—infant and maternal mortality disproportionately affects African-American women.

In response to the problem, researchers at the University of Pennsylvania began working with March of Dimes in 2015 to understand what leads to preterm births through their Prematurity Research Center. And as they and other physicians seek to solve the issue,
they are moving beyond a traditional diagnosis and prescription approach to addressing the root of the problem. Increasingly, obstetrics, the field of medicine focused on pregnancy and maternal and infant health, is realizing that disparities in health go beyond genetics to lifestyle, accounting in part for the disparities seen from nation to nation, city to city and ethnicity to ethnicity.

That represents a shift in health care research. Twenty years ago, health care was focused on genetics. The Human Genome Project was treated as a moonshot, potentially miraculous solution that could unlock the cure to manifold medical conditions. But the project has since been completed—and not only does disease remain, but some of the deadliest conditions, such as heart disease, have a clear link to lifestyle. The focus on genes has faded, and it’s been replaced with an emphasis on addressing the social determinants of health, a concept common in the medical community, which refers to how the environment and culture you grow up and live in can shape your behavior and physical and mental status. Researchers believe that’s in part what’s driving higher rates of maternal morbidity and mortality in the U.S. compared to other countries, and in Philly compared to other cities. Social determinants of health are different and producing different outcomes.

There’s also a growing understanding that social determinants of health include the disadvantages that minority and disenfranchised groups face, and that in order to best treat patients, physicians need to address these factors. Before the new focus on lifestyle, physicians might have said a given behavior isn’t a medical problem; it’s a social problem. Health care providers felt their job was to look for medicines that treat high cholesterol, but not dig into why certain groups might have diets that drive high cholesterol. They have changed in that regard. Rather than dismiss the difference as an inevitable result of genetics, the researchers at the Prematurity Center are now investigating differences in lifestyles.

As researchers have looked more closely, they’ve found that the increase in spontaneous preterm births is correlated with a rise in high blood pressure in Philadelphia. In turn, that rise in high blood pressure appears to be linked to a lack of healthy nutrition options where at-risk groups live, a phenomenon commonly known as food deserts or food swamps. Patients who are at highest risk for preterm births and severe maternal morbidity and mortality don’t have the healthiest diets, and they’re now looking for opportunities to influence what these patients’ diets are preceding and during pregnancy.

One of the researchers at the center, Samuel Parry, MD, Franklin Payne professor of obstetrics and gynecology at the University of Pennsylvania, points to the effects of historical and structural racism on the environments where disadvantaged populations live. Issues range from a lack of green space and a lack of transportation options to health care, to stress-causing factors like the threat of areas where gun violence is predominant, or having to deal with outright racist behavior.

The resulting systemic struggles with pregnancy produce clear tragedies like the one narrowly averted in the case of Sanya Brown. But it also has more insidious effects, where affected groups are presented with greater health struggles from birth.

“Obstetricians are gaining a better understanding of what they call fetal programming, which is where exposures during pregnancy can impact the child’s health long-term,” Parry says. “For example, it’s been observed that babies that are born smaller have an increased risk later in life from hypertensive disorders such as high blood pressure.” Other observed effects include physical and developmental delays, from increased rates of behavioral disorders to problems with eyesight to shorter lifespans.

The severity of the problem has caused groups concerned with the health of moms and infants to start to take action. The March of Dimes NICU Family Support® program recognizes that the large number of moms in the NICU need support.

Kathryn Phillips, who gave birth to her daughter Liberty at 27 weeks, nearly three months early, when she was just over two pounds, benefitted from that program’s help.

“My March of Dimes coordinator was absolutely fantastic in helping me meet a group of people who have become like family,” Phillips says, referring to the fact that she met other moms with preterm babies through the program. That group shared critical information to Phillips, making her less afraid to hold her child, who seemed so delicate, and helped her get through the pain and fear of her baby’s health struggles.

For their part, Parry’s group wants to help solve the causes and negative health conditions of preterm births. The Prematurity Research Center is collecting data that they hope to use to gain support for the big, systemic changes needed to help solve the problem presented by lifestyle differences.

“If you can show people that certain things cause bad outcomes, and bad outcomes are expensive, then you can influence, for example, insurance carriers to support programs that reduce the bad outcomes,” Parry says. Penn is currently pursuing remote fetal monitoring, which allows physicians to measure the vital signs of babies in the womb while the mom is at home.

“That’s expensive, but if you’re preventing babies from being born preterm and getting sick, that may save everyone money, and more importantly, lead to healthier babies, which is what we care most about,” Parry says. Penn has also had success in their Heart Safe Motherhood program, which uses simple text messages to monitor the blood pressure of expectant moms, and are looking at working with Philabundance to supply patients in need with nutritious food.

For Brown, it’s knowledge about her health and access to care that has helped improve both her and her children’s health outcomes. Not only is her second son healthy, but she is now nearing the end of her third pregnancy, without signs of complications.

“We have the best medical team and they’ve been treating me like a Faberge egg, making sure we’ve crossed every T, dotted every I, and I’m seeing a perinatologist and obstetrician every two to four weeks,” Brown says.

Her regular screenings make it likely that her pregnancy will go smoothly. But Brown understands that, until widespread changes occur, many moms-to-be may not even have that option.