The Weekly Five: Can the Eagles Bounce Back from a Critical Injury? 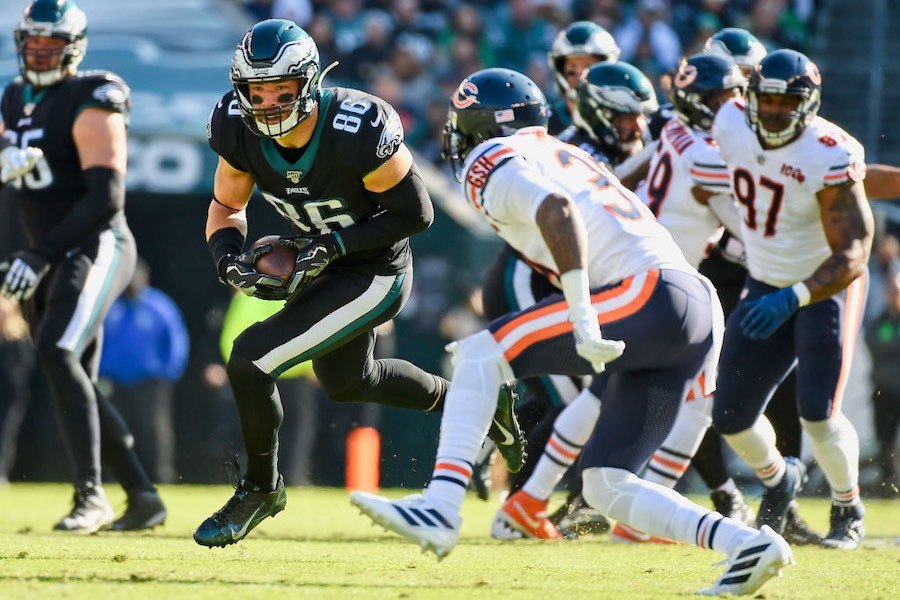 The speedy wideout’s season got off to a stellar start (eight catches for 154 yards and two touchdowns against the Washington Redskins). D-Jax has not done much since thanks to an abdominal injury he suffered in the Week 2 game against the Atlanta Falcons.

He finally returned on Sunday to play the Chicago Bears. Jackson caught one pass for 5 yards, and ended up back in the locker room before the first quarter was out. Now, he’s apparently out again, perhaps for the rest of the season.

If Jackson does not return, the potential of this Eagles offense will have a big question mark. Will they try to add another receiver to the roster? Rely more on their dual-threat tight ends of Zach Ertz and Dallas Goeddert? Either way, no Jackson seems to be bad news for Philly’s Super Bowl odds.

What should we watch for in the Sunday Night Football game?

The Philadelphia Eagles may have a bye week, but the Sunday Night Football game between the Minnesota Vikings and Dallas Cowboys is a biggie. Both teams hold convincing victories over the Birds and stand in the way of a potential playoff spot. Dallas controls the NFC East race by virtue of their 37-10 victory over Philly in Week 7.

Minnesota, meanwhile, is one game ahead of the Eagles in the NFC Wild Card standings. The Vikings currently hold the No. 6 seed. How much will that 38-20 loss in Week 6 come into play? Eagles players, coaches and fans will be Minnesota fans this week for sure.

Baltimore Ravens quarterback Lamar Jackson and Seattle Seahawks quarterback Russell Wilson are currently tied for the best odds in the MVP race at +300. So a $100 wager would amount to a $300 win at PA sportsbooks.

Jackson is likely getting some serious attention following his Sunday night performance over the previously unbeaten and defending Super Bowl champion New England Patriots. Jackson rushed for two touchdowns and threw for another. Through eight games, he has more than 2,400 combined yards and 27 TDs.

Wilson leads all NFL QBs with 22 passing touchdowns. Five of them came in Sunday’s 40-34 overtime victory against Tampa Bay. Up next is a Monday Night Football showdown at the San Francisco 49ers, the NFL’s only remaining undefeated team.

As far as which one is the better bet at this point, the slight edge goes to Jackson.

What is likely to be the closest game for NFL Week 10?

The New York Giants versus the New York Jets. Face it, neither team has any shot of making the playoffs this season. The Jets are 1-7, and that includes Sunday’s loss to the previously unbeaten Miami Dolphins.

Why is it going to be close? Well, because both teams struggle to score points on a weekly basis. The G-Men are averaging under 20 points per game while the Jets are scoring around 12 a contest. Plus, both teams have a knack for turning over the ball at a rapid rate. On defense, they are each surrendering more than 25 points per game.

So this is either going to be a very low-scoring affair or an offensive shootout.

Either way, don’t expect a blowout.

What’s the most interesting thing you can bet on this week in the NFL?

There are three double-digit point spreads on the board this week, but the Indianapolis Colts being a 10.5 t0 11.5-point favorite over the Miami Dolphins could catch some betting action.

On one side, you have a Colts team that just lost starting quarterback Jacoby Brissett to a knee injury. His status for this week’s game is questionable. If he can’t go, Brian Hoyer could get the starting nod this week. The veteran made the team after veteran Andrew Luck announced his retirement.

On the other side, the 1-7 Dolphins finally got a taste of victory on Sunday. Of course it came against the Jets.

The intriguing part here will be deciding which side of the line to play.