Could Your Heartburn Medication Be Causing Kidney Disease, Dementia and More? 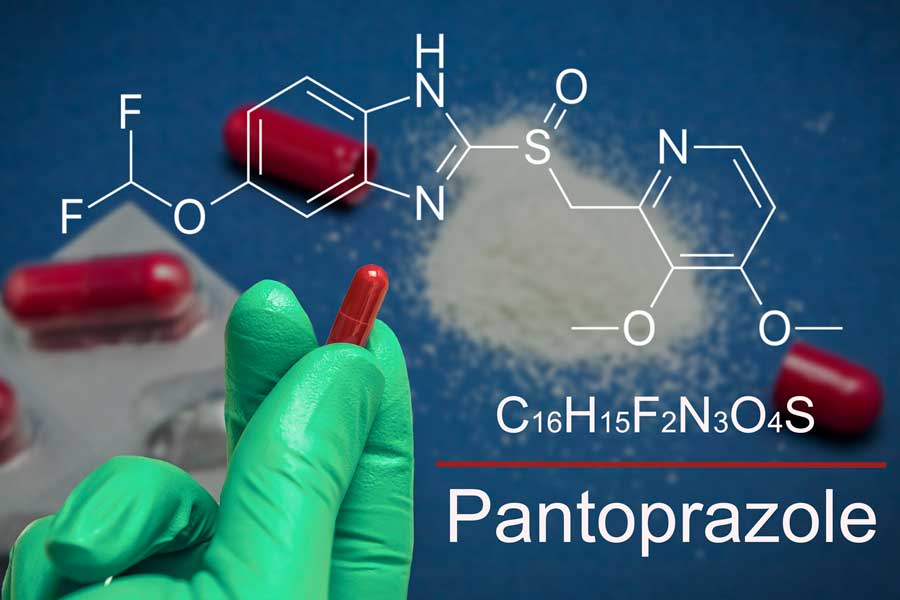 If you suffer from heartburn you’ve probably heard of proton pump inhibitors (PPIs). They’re a commonly prescribed treatment for people with acid-related medical conditions. But recently, PPIs have come under fire, with a number of research articles associating adverse side effects and their use—especially when taken long-term. These potential negative side effects have included increased risk of pneumonia, bone fracture, dementia, and kidney disease. But before you swear off these medications and resign yourself to a lifetime of heartburn and stomach aches, let’s examine the facts of the situation more closely. It’s possible that the controversy around PPIs is more complex than popular perception and it’s important to recognize that there are a number of treatment options available for these problems. When taken appropriately, the risk of serious side effects can be reduced—and you won’t have to stick to a lifelong diet of bread and water to keep your acid under control.

The term proton pump inhibitors refers to a class of medications that work by turning off acid-producing pumps in the stomach. According to Michael Davis, D.O., a gastroenterologist at Crozer-Keystone Health System, “Prescription PPIs are used for gastroesophageal reflux disease (GERD) and many other acid-related conditions. These include esophagitis, Barrett’s esophagus, dyspepsia, H. pylori treatment and to help heal and prevent peptic ulcers.” PPIs’ broad effectiveness has made them one of the most commonly prescribed classes of medications in the U.S. Of the prescriptions that treat acid-related disorders, PPIs are the most common. You’ve probably heard the brand names before: Nexium, Prevacid and Protonix are all PPIs.

So, if they’re that popular, what could be the problem? Well, some researchers feel their popularity is the problem, and in some instances, they are overprescribed or can be prescribed for the wrong reasons.  Their relative ubiquity in treating everything from mild heartburn to serious stomach conditions has sparked something of a backlash. There have been multiple studies released in the past few years tracing a connection between long-term use of PPIs and increased risk of kidney disease, dementia, osteoporosis, heart attack, pneumonia and other health conditions–dangers that have been reported on fairly extensively by the media, prompting widespread, public concern about the drugs.

However, before you tell your doctor to keep their PPIs away from you (or throwing them out if you’re currently on the medication), it’s important to understand that the majority of these studies are observational and retrospective, rather than experimental–a fact that often gets lost in popular reporting.

While still informative, the conclusions reached by observational studies are considered to be less reliable than experimental studies. Without a control group, they risk creating confusion between association and causality. According to Dr. Davis, “What is important to recognize is that the relationship between long-term PPI use and these increased risks are most likely to be associations and not necessarily cause and effect. There are a number of confounding factors in this type of research, and caution must be taken when interpreting the results. This will be a constantly evolving research area.”

PPI studies are particularly at risk of this mistake because people who take them may be in poorer health than the general public, a “confounding factor” that can mislead analysis. When unhealthy people are studied for the long-term consequences of a drug, they may manifest problems related to their poorer health, independent of the drug’s effects. For instance, if several individuals with high cholesterol have heart problems during a study, analysis of the data might show an association between risk of heart trouble and PPIs.

Observational studies also don’t necessarily account for the reason a PPI is prescribed and whether the dose is appropriate. According to one recent study, “many patients who are on PPI treatment for appropriate indications are receiving excessively high daily doses.” It’s possible that PPIs’ success in treating many different degrees of acid-related disorders has caused them to be prescribed in the wrong dosages and for the wrong problems, which could lead to unnecessary side effects.

It’s therefore important to keep in mind when talking with your doctor that there are several available treatments for reflux disease. For heartburn that’s infrequent and only mildly irritating, antacids like Tums are worth considering. Lifestyle changes like weight loss, elevating the head of the bed, and avoiding late night meals, acidic foods and other triggers can also make a positive difference. If medication is still required, histamine-2 blockers are an alternative to PPIs which block receptors that trigger acid production. There are also endoscopic and surgical techniques available that control acid reflux.

Still, Dr. Davis says, “PPIs are considered to be the strongest and best at healing the damage done by acid-related disorders, however, responsible prescribing is key. It is important to recognize why a PPI is being used and to question if the medication can be safely stopped, dose-reduced or perhaps be changed to another type of acid-suppressive therapy. This should be reassessed periodically if taken long-term.” GERD is a widespread disease that causes serious challenges for many people, and each person’s health, lifestyle, and personal preferences require a different approach. While the verdict on PPIs is still being determined, people suffering from acid-related disorders should not let that stop them from seeking treatment.

For more information about Crozer-Keystone’s gastroenterology and digestive health services, click here. To schedule an appointment with Dr. Davis at one of his three locations, call 610-619-7475.

SPONSOR CONTENT Bariatric Surgery Success: At Half His Size, His Life is Fuller Than Ever