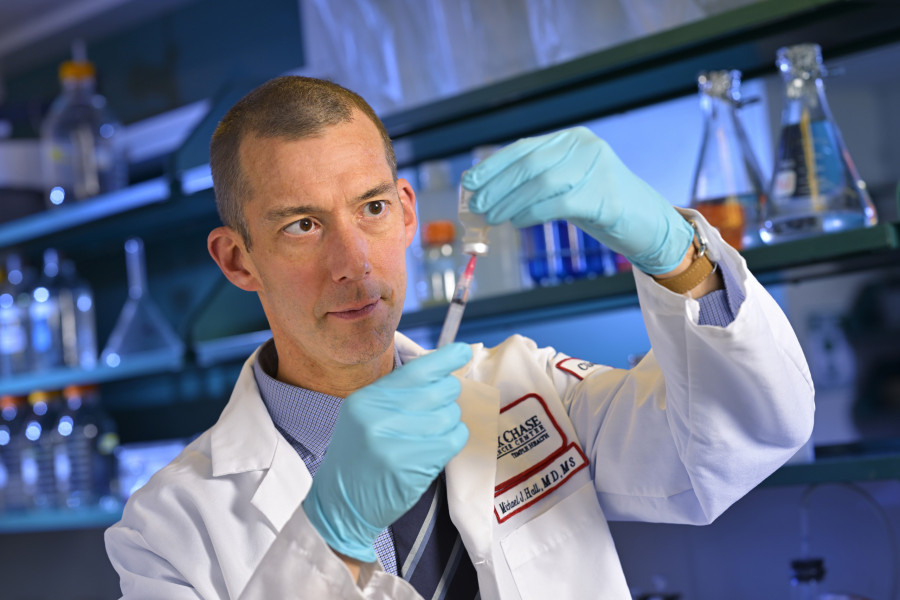 It’s not often that you get to be part of modern medicine taking a great leap forward, but that’s what some patients in Philadelphia are doing right now. The past few decades have seen remarkable progress in cancer treatment through the rapid development of genetic testing and immunotherapy, which uses genetic information to train the body’s immune system to destroy cancer cells. Genetic testing and immunotherapy have already accomplished revolutionary things, including making tumors that were once inoperable, now able to be removed completely.

But now, this work is reaching a culmination–in the form of the first vaccines that train the immune system to protect the patient against cancer as soon as it shows signs of developing. In other words, the first vaccines designed to prevent cancer are currently being tested in humans.

It sounds like a medical miracle, but one of these investigational vaccines is being tested here in our city. The implications could be profound for those patients participating in the clinical trial opened at Fox Chase Cancer Center.

“If you can, perhaps, identify patients with a genetic propensity for cancer, and vaccinate them early in life, even if that cuts down their chance of cancer by 50 percent, that’s a huge difference in their quality of life and in savings for society,” says Dr. Michael Hall, who is leading the Fox Chase trial.

The vaccine is being studied to see if it can protect those with a specific genetic condition called Lynch Syndrome, which puts individuals at risk for developing cancer at some point in their lifetime.  The vaccine test is the first step to learn if it can prevent these people from developing colorectal cancer later in life.

“Lynch Syndrome is one of the most common hereditary causes of colon cancer,” Hall explains. “It affects about one in 300 people, but frustratingly it’s often only with a cancer diagnosis that people get tested, which misses the chance to prevent that cancer.”

As one of the most widespread genetic syndromes tied to cancer, Lynch Syndrome makes an ideal test case for vaccine development. The genetic root of the condition is fairly intuitive. Patients with Lynch Syndrome have a flaw in the protective safeguards that keep errors out of their DNA. Since human beings need to replicate DNA rapidly to replenish our cells and repair damage, that replication is sometimes flawed. Still, the body has a backup system of enzymes that check for errors in the code and repair the DNA accordingly. In a person with Lynch Syndrome, those enzymes don’t always work correctly–which puts them at risk for flaws in the DNA that lead to cancer, particularly colorectal cancer and endometrial cancer.

The development of the vaccine represents a crucial step in the rapid progress made in combatting Lynch Syndrome.

Recently, immunotherapy and genetic testing have been revolutionary for Lynch Syndrome. Hall became interested in Lynch Syndrome in the early 2000s when genetics in cancer treatment wasn’t a priority of the medical community. With the development of genetic testing, Lynch Syndrome became a critical instance where someone’s genes could reveal that they were at risk for cancer later in life. And fortunately, the tumors that form in people with Lynch Syndrome can be treated successfully with immunotherapy, making it the prototypical case for using genetics to combat cancer. In one pivotal study, patients with cancer due to Lynch Syndrome were given immunotherapy rather than surgery, and the results were incredible.

“While this approach is still experimental and not yet the new standard of care, nearly all of them had excellent responses to immunotherapy and had the disease basically eliminated without having to do the standard modalities like surgery,” Hall says.

And as genetic testing has expanded in recent years, the medical community has realized that Lynch Syndrome is far more common than once thought, meaning the impact of successful preventive treatment for Lynch Syndrome could be huge.

That realization has made the testing of one of the first preventive vaccines for Lynch Syndrome, and for cancer in general, even more exciting.

The vaccine works similarly to many other vaccines you’ve probably received but takes advantage of decades of genetic testing advancements. For example, cancer cells in patients with Lynch Syndrome regularly create something called frameshift peptides–a mistake protein that Hall compares to a failed piece of writing that the body crumples up and throws away. The vaccine trains the immune system’s T cells to recognize those frameshift peptides and eliminate the Lynch syndrome tumors as soon as they develop. In laboratory studies, frameshift vaccines have already had success in shrinking and preventing new tumors in mice.

“The idea is if we can super boost the immune system to recognize these peptide products early, we can quash the formation of tumors early in these patients,” Hall says. “The idea is that, for a population like this who face very high risks of cancer and lifelong screenings, we may be able to intercept cancers before they develop.”

If this vaccine trial is successful, the significance could extend beyond those with Lynch Syndrome. Certain cancers that cause similar changes in tumors could benefit from similar vaccines or related technologies. Still, more importantly, according to Hall, a successful vaccine trial would demonstrate that preventive treatment could be effective for other genetics-driven cancers, such as those derived from BRCA1/2 mutations and other high-risk genes.

“Every next gene, and the mechanism by which that gene puts the patient at risk of cancer, can lead us to a greater understanding of how we might develop mechanisms to prevent cancer in patients,” Hall says. “That’s part of what’s exciting here is, if we prove we can do it in one setting, we could, in theory, do it in a broader setting for a larger swath of the population.”

This is a paid partnership between Fox Chase Cancer Center and Philadelphia Magazine's City/Studio
You Might Also Like
SPONSOR CONTENT This Philly “Super-Team” Is Working To Decode One of the Most Mysterious, Dangerous Cancers 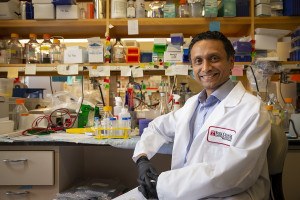 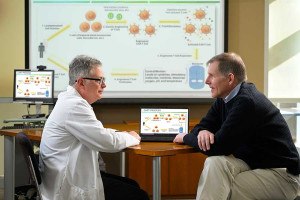