Before the First Drink: Understanding and Resisting Relapse Triggers 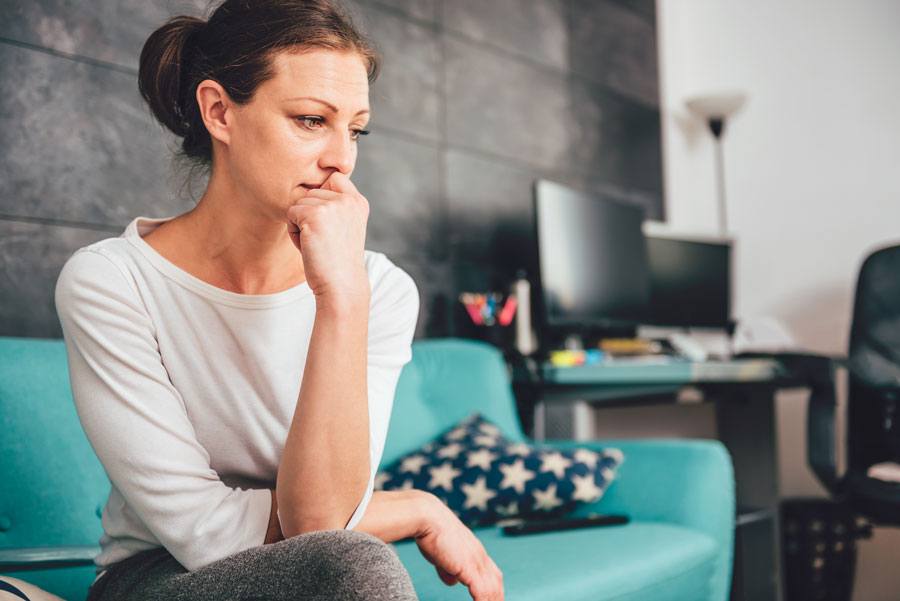 It’s a common story: A recovering alcoholic has gone years without a drink, and out of the blue, they go on a binge No matter how long a former addict has gone without the use of drugs or alcohol, the risk of relapse is always present. For that reason, many struggling and recovering addicts and their families, are desperate to understand the moment when a relapse is triggered. If they can learn how relapse triggers work, then maybe they can avoid it once and for all.

“The number one thing that patients and families want to know is what was the trigger? What was the thing that set them back?” says Jacqueline Guthridge, the Clinical Supervisor for Relapse Women at Caron. “Unfortunately, it doesn’t come in the way of a cue card that says, ‘hey I’m a trigger!’ It comes in slow and insidious ways.”

It’s not as simple as learning to avoid a certain strain of thought or a toxic environment (although that can certainly help). Relapse triggers can differ widely, from stresses, such as family conflict or work pressures, to positive events, like celebrations where alcohol is present, to simple boredom at having nothing else to do. Relapse can occur in more than moments of crisis, but also everyday events that combine to result in a return to substance abuse or the need/want to use. Triggers can also come in the form of undiagnosed or untreated behavioral and psychological disorders, from depression to compulsive behaviors like gambling or workaholism.

But the origin of triggers runs even deeper, to the limbic system, the part of our brain that controls our survival instinct. A recovering addict’s limbic system will compel them to return to substance abuse with cravings that shut out higher cognitive functions, like moral decision making—even after years of avoiding the substance. “People with a severe substance abuse disorder have truthfully lost the power of choice,” says Dr. Dean Drosnes, the Associate Medical Director and Director of the Chronic Pain Program at Caron. “The choice mechanism of the brain, the prefrontal cortex, is disrupted to the point that no matter how much somebody wants to or tries, this part of the brain is not going to work in their favor.” If someone in recovery is not prepared to identify and resist these cravings, does not have a support system in place, or even feels confident enough in their sobriety to try drugs or alcohol again, they can be at risk of a return to addiction.

The myth surrounding relapse is that treatment was ineffective and will be going forward. “If we don’t have all of the information regarding the patient in the first treatment experience and that isn’t addressed, whether somebody’s a workaholic, they have an issue in a relationship at home, or there’s past trauma that just didn’t come up, these can all affect the effectiveness of their treatment plan,” says Dr. Drosnes. “So, they go home, they get sober and all that other stuff is still there. They might’ve done everything that they were supposed to do but there are still triggers in their life that haven’t been addressed.”

Oftentimes, patients haven’t even realized the extent of their illness. “The nature of the disease of addiction is such that people often deny some of the symptoms that they’re actually experiencing or minimize the degree to which these symptoms have impacted their life,” says Brad Sorte, the Executive Vice President and Managing Director of The Florida Continuum. “They may not even realize how much the stress of their previous life trauma or toxic relationships have had on their current struggle with addiction.”

To provide additional resources and services to individuals in their early years of sobriety, Caron Treatment Centers developed a comprehensive program called My First Year of Recovery that supports recovering addicts as they learn to resist relapse triggers in the world outside of the recovery center. The program helps the patient work through deeper issues in their life that cause triggers and identifies and develops a support circle that patients can turn to when faced with triggers. The program then creates an action plan with concrete assignments and resources like regular tele-counseling to help patients maintain those positive behaviors as they return to independent life.

The results have been extremely positive: 78.7 percent of alumni of the My First Year of Recovery program were abstinent at completion of the one-year program, 89 percent of family members reported quality life as good to very good,. There may be no way to completely eliminate relapse triggers, but by developing habits and an environment that will help patients resist them as they occur, Caron is helping patients live with both their triggers and cravings and their sobriety.

If you, or someone you know, is struggling in their sobriety and to stay sober—don’t wait until it’s too late. For more information on taking the next steps, visit caron.org to learn more.