The Undiagnosed Disease Your Aging Parent Could Be Suffering From—Addiction 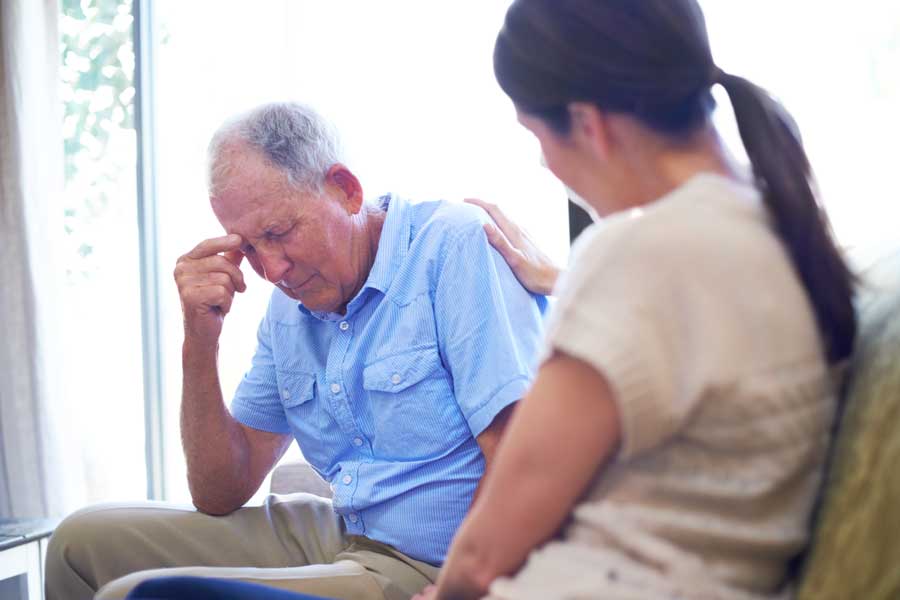 When you think of the people around you who might be at risk of drug dependency or addiction, you might not think of a parent or grandparent who hasn’t appeared to struggle with drugs or alcohol throughout their life. But substance abuse among older adults is one of the fastest growing health problems in the United States, with around 2.5 million older Americans dependent on drugs or alcohol. And that number is growing—according to the Substance Abuse and Mental Health Services Administration, a branch of the U.S. Department of Health and Human Services, that number is expected to double by 2020. The problem is also all the more dangerous for being severely under-recognized—according to a Harris poll from 2015, about half of adults may not recognize the warning signs of addiction in an older parent.

There are several reasons why older adults are particularly at risk of dependency and addiction. Older adults take more prescription drugs than the average person: 30 percent of people from the ages of 57 to 85 take at least five prescriptions, according to the Substance Abuse and Mental Health Services Administration. And they’ve been taking them for significant periods of time, which increases their body’s tolerance, which in turns means dosages need to be increased for the effects of the medication to felt. At the same time, their body’s ability to filter and absorb medication degrades with age, which makes them more susceptible to unintended dependency. Taken all together, it might never occur to loved ones or the older person who is taking dangerous amounts of prescription drugs that they’re doing anything other than the right thing for their health and what was prescribed by their doctor.

Deepening the danger, it can be difficult for an older person’s family to tell the symptoms of dependency apart from common changes that occur with age. Seven of the major signs of dependency in older adults—slurred speech, forgetfulness, unexplained bruises, a messy home, less appetite, reclusiveness and anxiety—may seem like fairly normal characteristics and symptoms of aging. That’s unfortunate, as support from their family is integral to addressing the behavioral and emotional issues that often lie behind dependency.

In addition to the major symptoms and signs of dependency, loss can also be a cause or factor for alcohol or drug dependency to take a bigger hold on older adults. According to the National Council on Alcoholism and Drug Dependence, widowers over the age of 75 have the highest rate of alcoholism in the U.S. As life progresses and people incur loss, it’s easier to turn to physically and emotionally numbing substances. In an article with the Wall Street Journal, Sharon Matthew, the clinical director of the older adult program at Caron Treatment Centers, says 70% of her patients never sought treatment, but often develop a problem after experiencing a loss. For most, alcohol is the drug of choice, followed by anxiety meds like Valium. “It’s not about getting high. It’s about wanting to feel better emotionally or physically,” she says.

While most adult children notice their parent struggling, especially after a loss, they don’t feel comfortable addressing the issue for fear of upsetting their parent or coming off as disrespectful. Individuals struggling with addiction, especially someone who’s a grandparent, can often experience a great deal of shame surrounding their dependency and a hard time facing the stigma. But addiction has no age limit and if you suspect your loved one is suffering from addiction, Caron is here to help. Experts will assess the situation of your loved one and you determine the best course of action to take. Caron’s multidisciplinary older adult treatment team comprised of licensed psychologists, psychiatrists, medical doctors and addiction specialists will work with the individual and their family to with build a comprehensive, personalized treatment plan.

At Caron Treatment Centers, family members are kept informed about individualized treatment plans and how they themselves can receive help. The specialists on staff work with the entire family to get to the root of the problem and provide the necessary support and education for the patient, their children and even their grandchildren. Their wellbeing and ability to provide support is bolstered by licensed therapists who teach family members how they can best assist in recovery and lead them through group therapy with the patient.

While family members are trained in support tactics, the multidisciplinary treatment team will evaluate the patient’s health, taking into account existing medical conditions like chronic pain, diabetes, and heart disease. They’ll work to combat the stigma and shame associated with addiction disorders, help them find non-addictive ways to manage pain and reduce the medication the patient takes, where possible. Patients are often prescribed these medications for 15 plus years and they have long since stopped working. By cutting back on them, most cases will see a decrease in pain and long-lasting side effects.

Facing and overcoming addiction at any life stage will improve their quality of life—it’s never too late to seek treatment. In fact, older men and women have the highest recovery rates following rehab that any other age group. And in some cases, older adults may even reverse or improve the effects of dementia, memory loss, and complications caused by addiction, like liver disease. Caron’s there to help families work towards a hopeful and happy future, together.

If you suspect your parent is struggling with drug use or addiction, don’t wait until it’s too late. For more information on taking the next steps toward recovery, visit Caron Treatment Centers.

SPONSOR CONTENT How Did We Get Here? A Look at America’s Opioid Crisis