10 Authors From Philadelphia You Should be Reading Philadelphia’s literary heritage is well-known and deeply-rooted. It’s the city where Benjamin Franklin founded the first lending library, and where noted bibliophile James Logan once stated “books are my disease” (and consequently admitted to owning over 3,000). The penchant has outlasted these luminaries, and now, even in 2016, the city remains a beacon for brilliant writing. Here, 10 of our favorite authors with local ties.

WHO: Andrew Meredith
WHY: The freshman author has already received heaps of praise for his Philly-centric memoir, which details both his relationship with his father and his job as a “remover” shuttling the deceased to their final resting places. Not to mention, he received a Best of Philly nod back in 2014 for “Best Local Author.”
READ: The Removers: A Memoir

WHO: Scott Barry Kaufman and Carolyn Gregoire
WHY: Okay, these are two people. However, they’re two people who joined forces following the publication of their thematically similar works detailing the intersection of creativity, neuroscience and psychology, to create a text probing the habits of creative geniuses. You’ll finish the book ready to tackle your next big project.
READ: Wired to Create: Unraveling the Mysteries of the Creative Mind

WHO: Ken Kalfus
WHY: A National Book Award nominee, Kalfus is the author of three critically acclaimed novels and two collections of short stories. His 2015 collection includes the full text of his Harper’s novella along with an equally impressive series of stories.
READ: Coup de Foudre

WHO: Matthew Quick
WHY: Perhaps most widely known for the film adaptation of his first book The Silver Linings Playbook (it notably starred other Philly native Bradley Cooper), Quick reemerges with a charming and entertaining story of love and heartache.
READ: Love May Fail: A Novel

WHO: Lisa Scottoline
WHY: Lauded for her series of legal thrillers, Scottoline is a mainstay on the Philly book circuit. Her latest release Corrupted is the third part of the Rosato & DiNunzio chronicles. We promise: it’s so much better than logging another Law & Order marathon.
READ: Corrupted: A Rosato & DiNunzio Novel

WHO: Beth Kephart
WHY: Admittedly, Kephart’s most recent book, Going Over, is geared for the teen set, but that doesn’t mean you shouldn’t plunge it into the hands of your brother, sister, niece or nephew in hopes of lifting their heads from their iPhones. A love story set in Berlin, the novel might leave you smitten, too.
READ: Going Over

WHO: Jennifer Weiner
WHY: Known for her warm and engaging books, New York Times bestselling author Weiner weaves an equally compelling and resonant tale in her most recent novel, which explores romance and its strains.
READ: Who Do You Love: A Novel

WHO: Lorene Cary
WHY: In Cary’s most recent novel, the college lecturer and social activist navigates the complexities of family, race and history through outstanding character development and commitment to poignant prose.
READ: If Sons, Then Heirs: A Novel

WHO: Buzz Bissinger
WHY: We’ll admit that this one seems obvious. However, at Think Fest in November, the Friday Night Lights author disclosed: “I’d like to leave a legacy of one more really good book.” In the meantime, we’ll be waiting patiently.
READ: Father’s Day: Across America with an Unusual Dad and His Extraordinary Son

Of course, if rounding out your reading list isn’t enough, and you excel in all things literary, you may want to consider pursuing a Master’s degree in English at Villanova University. There, you can enroll in a variety of literature courses — featuring wonderful writers from Shakespeare, Austen, Melville and Larsen to contemporary greats like the ones listed above — while completing your degree on a part-time or full-time basis. For more information about the program, click here. 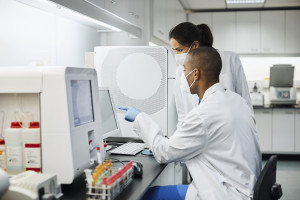 SPONSOR CONTENT A New COVID-19 Treatment Was Just Approved for Emergency Use. This Philly Math Whiz Helped Make It Happen