The mall's owner shared renderings of KOP's 155,000-square-foot expansion, which will connect The Court and the Plaza malls.

The owner of the King of Prussia Mall unveiled its expansion plans yesterday. Simon Property Group announced details and showed off renderings of the already-underway expansion that will connect the two malls at King of Prussia, The Court and The Plaza.

The 155,000-square-foot expansion, which will be fully enclosed, is scheduled to be completed in the fall of 2016. The mall will also add a new parking garage “with speed ramps, space location technology and valet service.”

“The expansion of King of Prussia Mall will further enhance the shopping and dining experience of one of the nation’s largest and most compelling retail destinations,” Simon president David J. Contis said in a release. “Based on the success of luxury retailers like Cartier, Tiffany & Co., Hermes and Louis Vuitton, we’re seeing a strong interest from other luxury brands to join the King of Prussia roster of retailers. Interest by national and Philadelphia-area restaurants is also high.”

When the expansion is completed, King of Prussia will have more than 450 retail shops and dining options in 2.86 million square feet of space. Simon is also renovating the former Franklin Mills in Far Northeast Philadelphia, now named Philadelphia Mills.

Simon passed along renderings of expansion. Check them out below!

I think this looks like a Casino entrance. Is this the King of Prussia Mall or the Borgata?

As you can see in this rendering, people with regular sedans and SUVs will park in the lot in front of the new entrance, while those with Lamborghinis will drive right into the new advanced parking garage.

Rendering of the Mall Expansion

As part of the expansion, Bloomingdale's, Neiman Marcus and Macy's will all add new entrances to the expansion area. 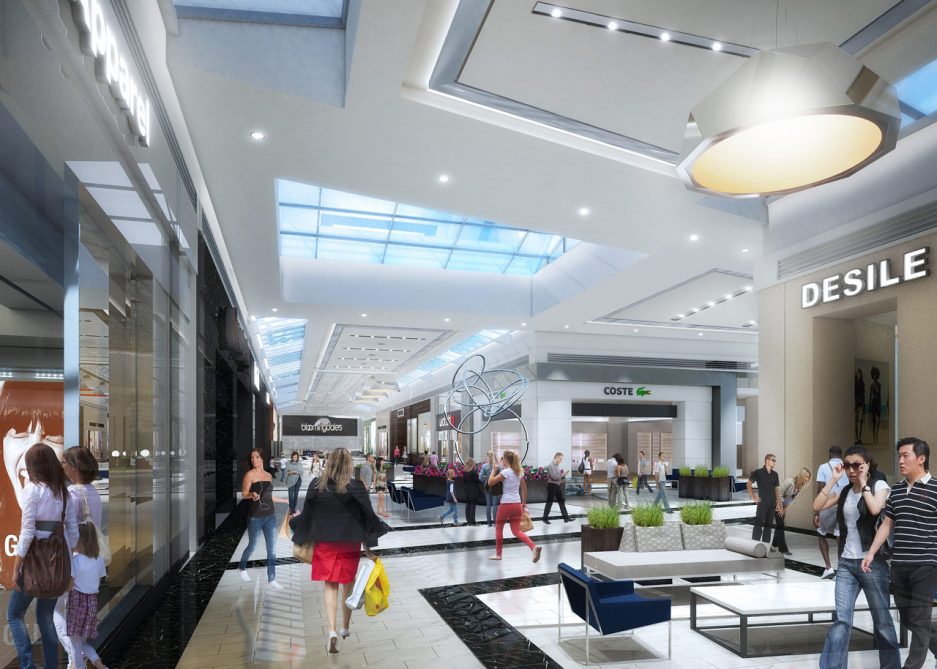 Simon apparently couldn't use actual brands for the renderings, which means these stores have hilarious knockoff names: Desile, Coste, (Not American) Apparel and a store just called Watch. Also, that woman in the tube top is (1) wearing a tube top to the mall and (2) translucent. 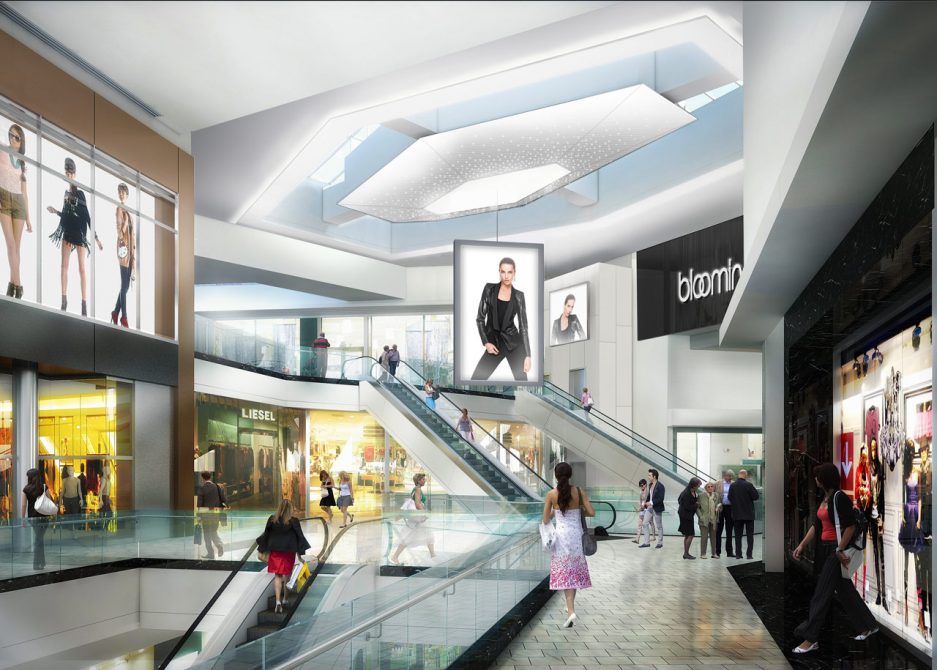 Pretty fancy-looking, huh? Hopefully that scary model isn't piercing visitors with her gaze when this finally opens. (Also: I want to shop at Liesel.)