This mansard-roofed standout has been updated in a distinctively modern fashion. 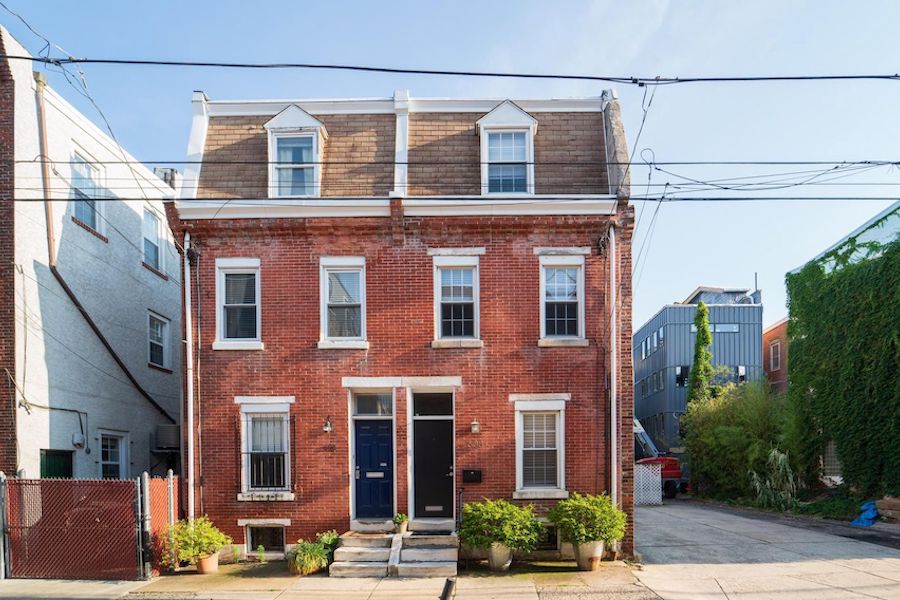 This Victorian-era expanded trinity at 608 Kater St., Philadelphia, PA 19147 has a twin, as you can see from this photo (it’s on the right). But it’s totally original, and totally modern, on the inside. | Bright MLS images via Compass

One of the things that annoy just about everyone in the real estate biz hereabouts is the appearance of the year 1920 in the date-of-construction data in public records.

Especially when it’s clear just from looking at a house like this Queen Village Victorian expanded trinity house for sale that it was actually built well before then.

The mock-mansard facade offers clear evidence that it was not only built before 1920, but most likely before 1900, for the heyday of the mansard roof in America was during the years from the decade before the Civil War to the decade after it. That period, which coincides with the high Victorian years, also saw French Second Empire architecture reach the height of its popularity.

That would place the likely construction date for this house somewhere between 1850 and 1880. But, truth to tell, that doesn’t matter so much now, for a makeover ten years ago changed this house into a totally modern looker on the inside. 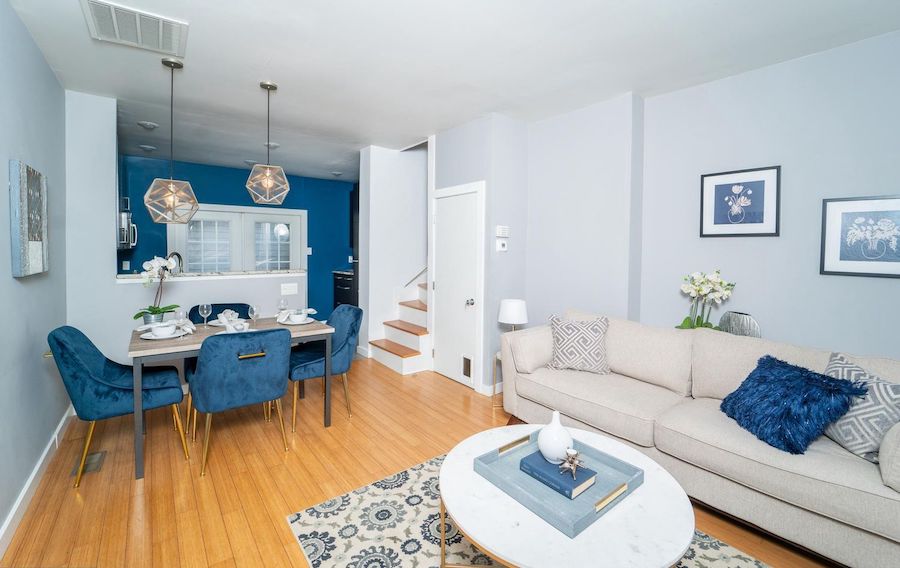 The transformation of this expanded trinity begins on its main floor, which is now totally open. It’s big enough to accommodate a living room, a dining area and a kitchen. 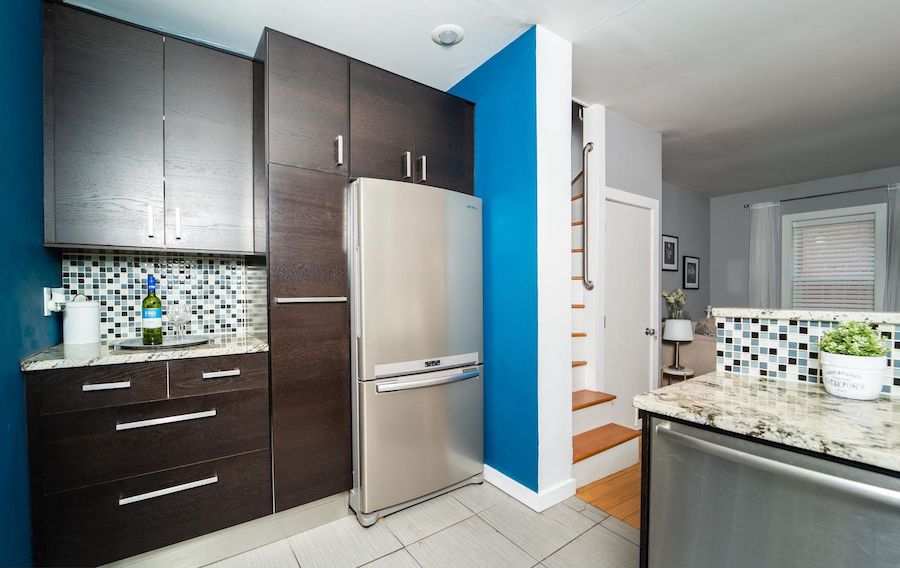 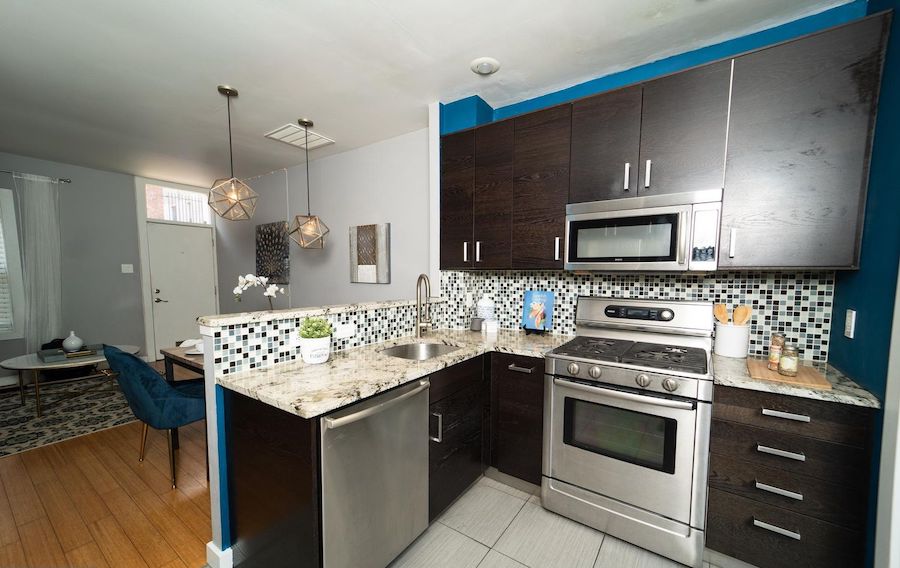 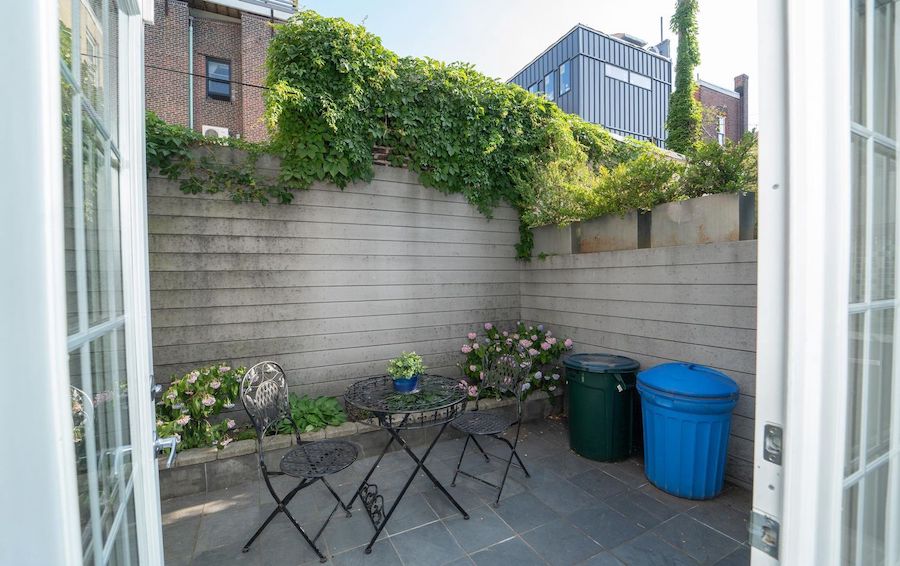 French doors at the back of the kitchen open onto a good-sized rear patio enhanced with greenery and a planting bed. 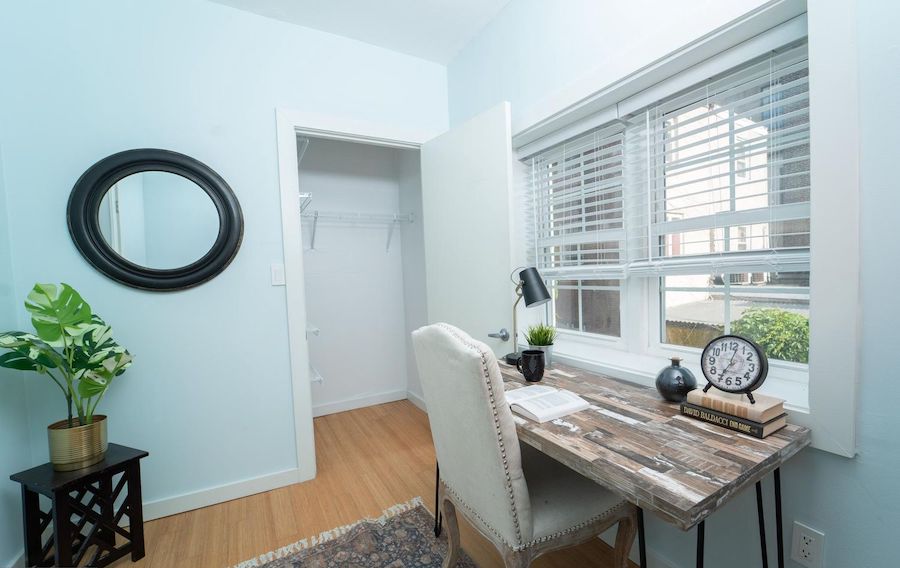 Since this is a Queen Village Victorian expanded trinity house for sale, the second floor has enough room for two bedrooms and a hall bath. The rear bedroom currently serves as a home office. 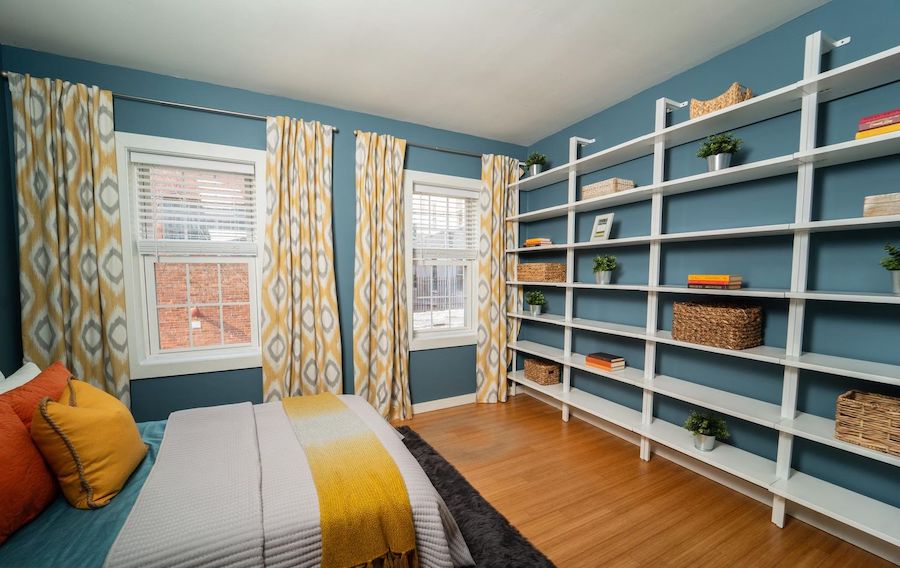 The front bedroom has built-in shelves and two large windows that let in lots of light. 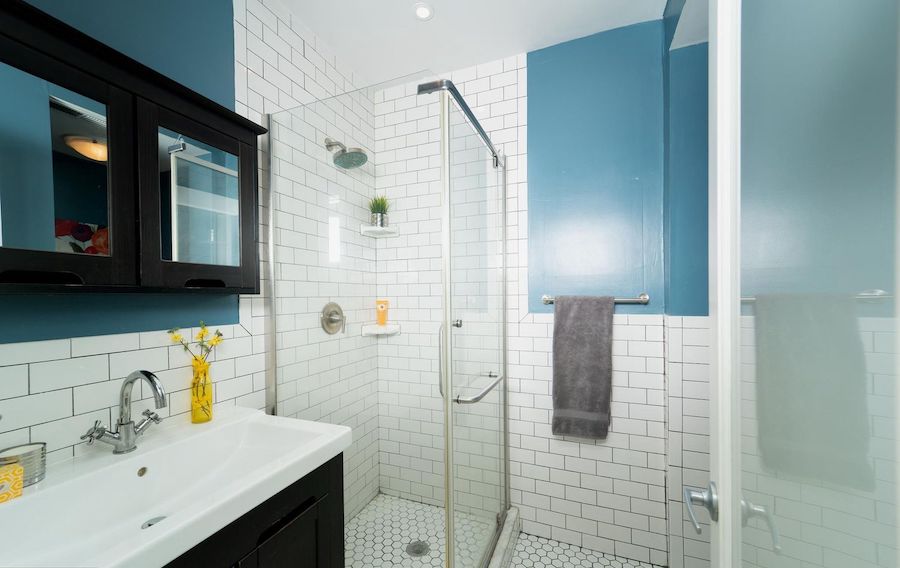 And the bathroom in between is at once totally modern and a throwback to the past, thanks to its subway-tile wainscoting and shower lining. 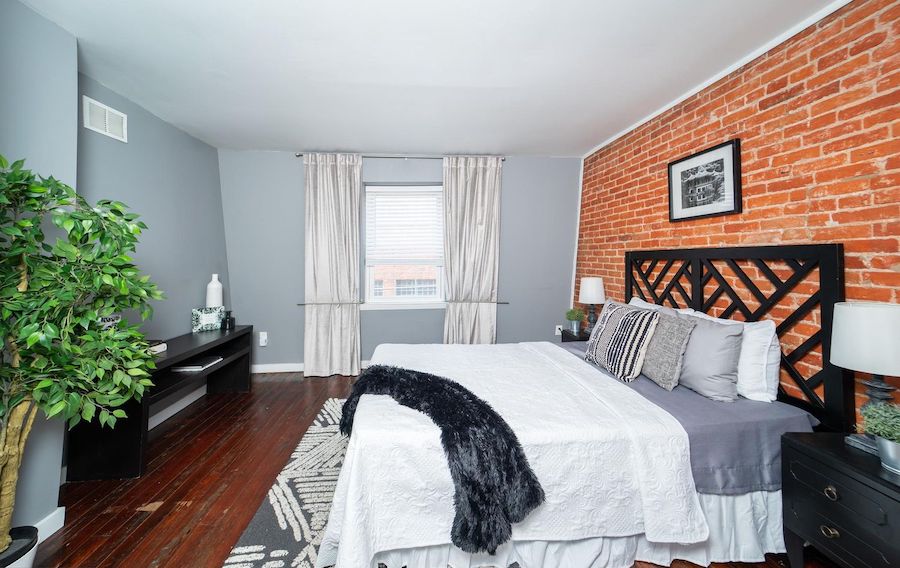 The primary bedroom on the top floor lies behind that mansard rooflet. The largest of the three bedrooms has a lovely exposed-brick accent wall. And where the two below it were rebuilt with bamboo floors, this one still has its original hardwood flooring. 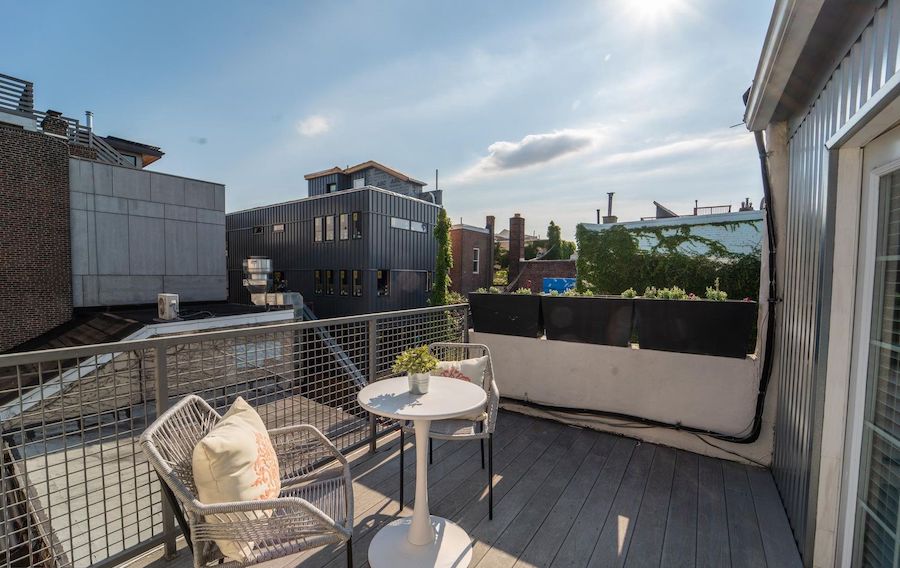 It also has French doors that open onto a private rear deck.

And it has a great location just below South Street. From here, you can walk to two supermarkets at 10th and South streets, the Italian Market, the Bainbridge Green restaurant district, Head House Square and the Delaware riverfront, among other places.

But you don’t even have to walk to Bainbridge Green to find great dining and drinking spots: A cidery, a French gastropub and a popular pizzeria sit at the west end of your block. And SEPTA bus routes on 7th, 8th, Lombard and South streets can get you where you want to go outside the neighborhood.

All these things make this mid- to late-19th-century (not 1920) expanded trinity with a modern heart quite a find.