Philadelphia's first neighborhood has changed its personality several times since the Swedes settled it in the 1630s. 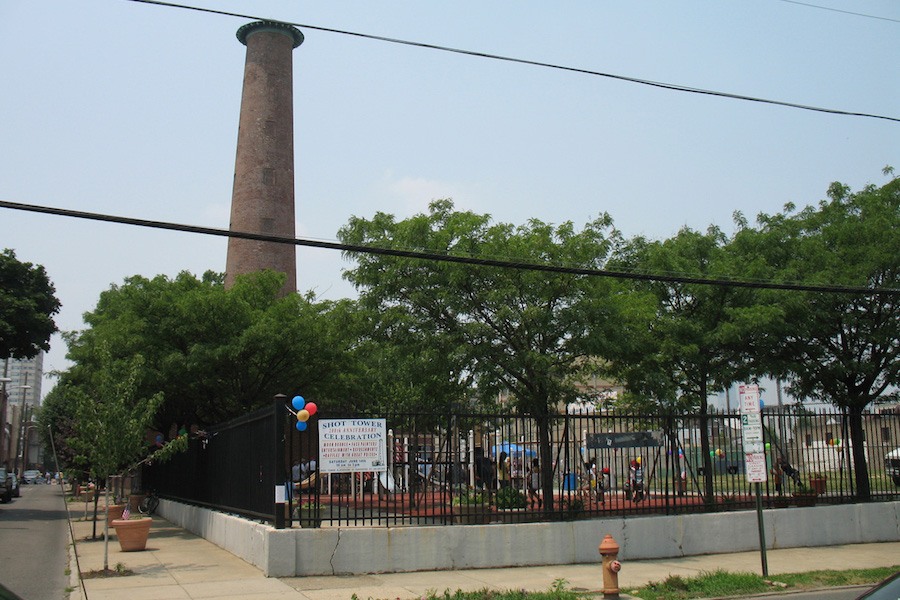 Shot Tower Playground, a hub for recreation in Queen Village, surrounds the Sparks Shot Tower. Built in 1801, the tower may be the first tower for manufacturing lead ammunition in the United States and one of the oldest surviving industrial buildings in the country. | Photo: Shaun Kirkpatrick, Drexel University (2009)

Before William Penn, there were the Swedes. And before them, of course, the Lenni Lenape.

The last of these are the “original people” (translated from the Lenape), the first inhabitants of what we now call Queen Village. Some of the Swedes who sailed up the (not yet) Delaware around 1638 and established a colony they called New Sweden settled in a place the Lenape called “Weccacoe” (also “Wicaco”), or “pleasant place.”

The Swedes thought that was a good enough name, but when William Penn took over the land they had settled, he renamed it “Southwark,” after the neighborhood in south London the area reminded him of. As waves of immigrants poured into its densely built blocks, Southwark became a less pleasant place, noted for its brawling working-class gangs and occasional spats of violence. The only Philadelphia neighborhood that’s older than the city itself also became home to its first free African-American community.

Those working-class brawlers found plenty of work in the docks and industries that dotted the neighborhood. But as the docks and the industry contracted after World War II, so did the population. A high-rise public housing project the city built in the early 1960s sent it into a tailspin, one elevated freeway cut it off from the river it depended on, and a second proposed freeway along its northern border of South Street threatened to finish it off.

Instead, the freeway — which the residents succeeded in killing — sparked a renaissance as young artists, restaurateurs and shopkeepers moved into the vacated storefronts along South Street. As the street revived, so did the fortunes of the blocks to its south. Parks and playgrounds got restored. The Southwark Plaza project was demolished and rebuilt as low-rise affordable housing. New homes began to appear amidst the surviving 18th- and 19th-century dwellings and those old homes got refurbished. And the real estate agents who sold those new and restored homes began to call the neighborhood “Queen Village,” in honor of the Swedes and their queen, Christina, who got the ball rolling in the first place.

The name stuck, and so have the improvements.

What You Can Buy in Queen Village 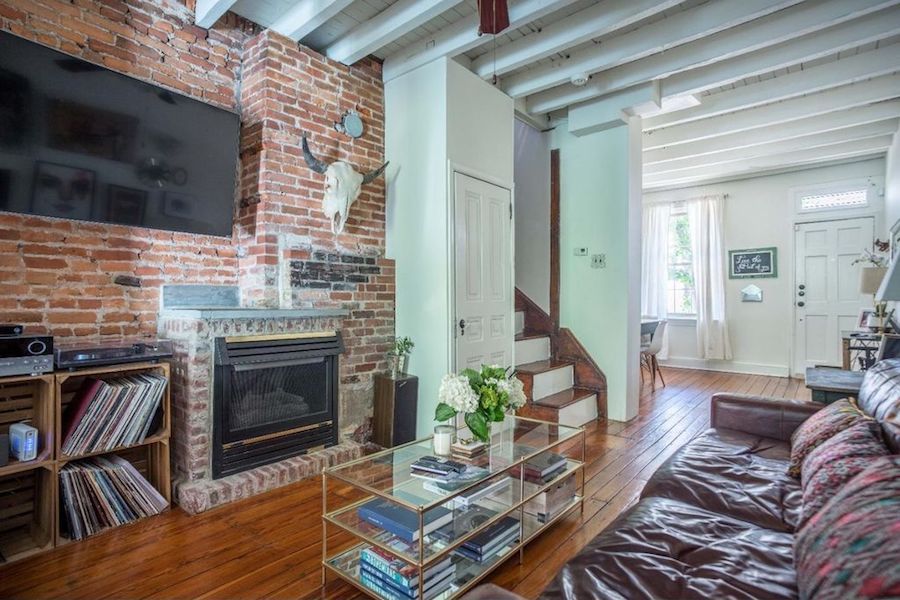 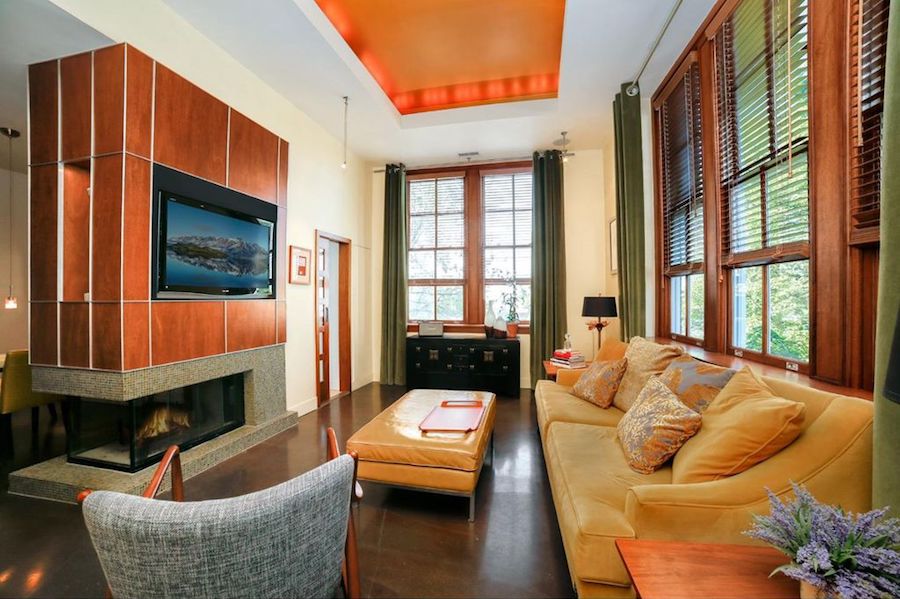 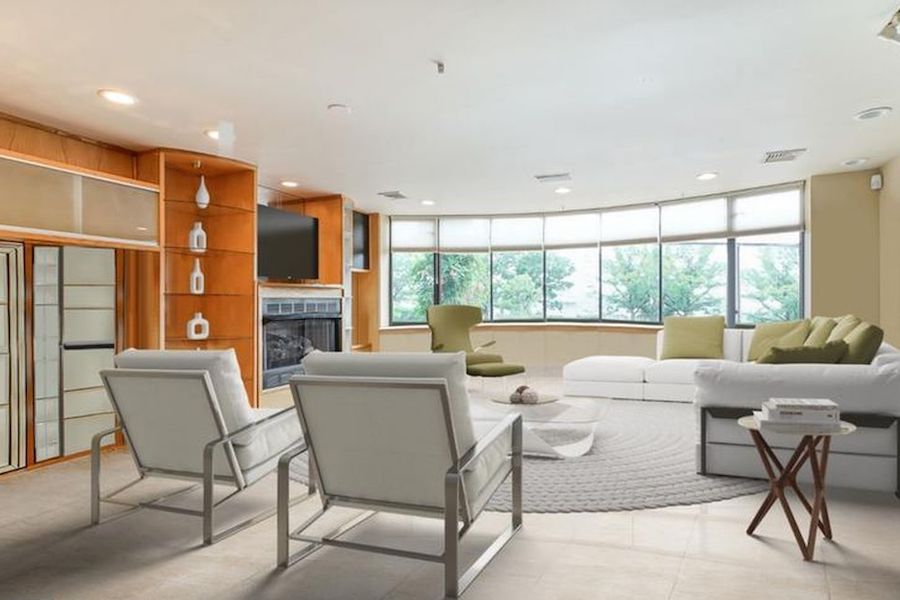 SEPTA Bus Routes: 25, on Columbus Boulevard; 40, on South and Lombard streets; 47, on 7th and 8th streets, one and two blocks west of the neighborhood; 57, on 3rd and 4th streets; 64, on Washington Avenue

Italian Market: Located along South 9th Street from Fitzwater to Reed in next-door Bella Vista, the Italian Market features dozens of local butchers, cheesemongers, fishmongers, specialty grocers and produce stands, most of the last in sidewalk stalls along the curb.

What a Real Estate Agent Says About Queen Village

“Queen Village is one of the most highly desirable neighborhoods in the entire city given its tight-knit South Philly vibe, community feel, well-maintained historically charming properties, schooling, and proximity to eclectic restaurants and small local neighborhood businesses. Economics in this neighborhood are incredibly strong: median household income in Queen Village is roughly double the Philadelphia average and median home values are roughly three times the Philadelphia average.

Meredith Elementary is one of the most coveted public schools in the entire city; families move into this neighborhood for the schooling alone, given that Meredith Elementary boasts strong student achievement and has an active parent group that supplements the school budget with robust funding. This puts a premium on available listings located within the catchment; buyers are willing to pay more in this neighborhood because the purchase is not only an investment in real estate but in their children’s education and future. Therefore, sellers have a distinct advantage over buyers in this submarket, especially with a critically low inventory of available properties citywide. 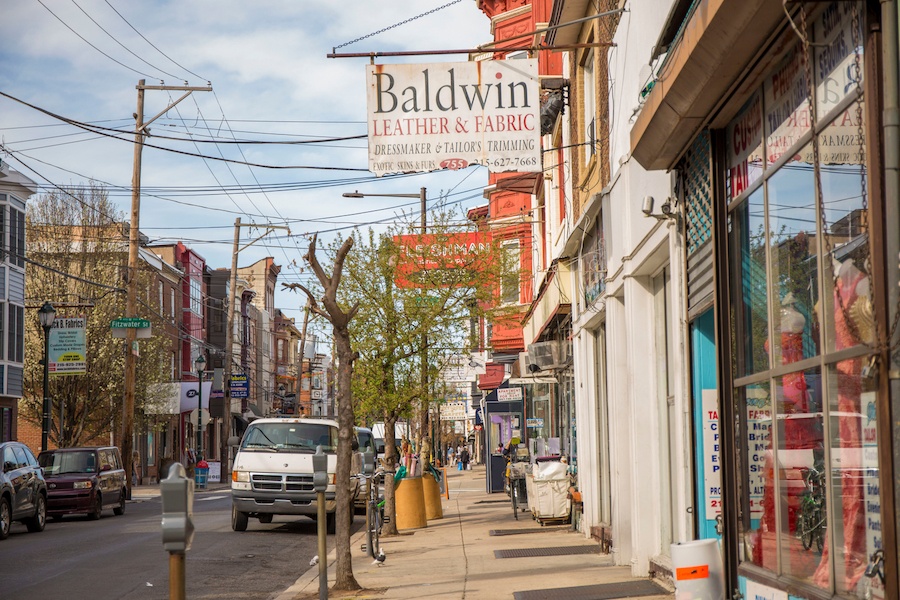 Although only 10 of the dozens of fabric vendors that once lined this street survive, “Fabric Row” on South 4th Street in Queen Village remains a go-to destination for fabric shoppers. Others come for the eclectic mix of shops, galleries and eateries that have sprung up in the wake of the fabric shops. Best-known of the restaurants: the Famous 4th Street Delicatessen, a classic Jewish deli that also serves as an Election Night hotspot for the politicos. 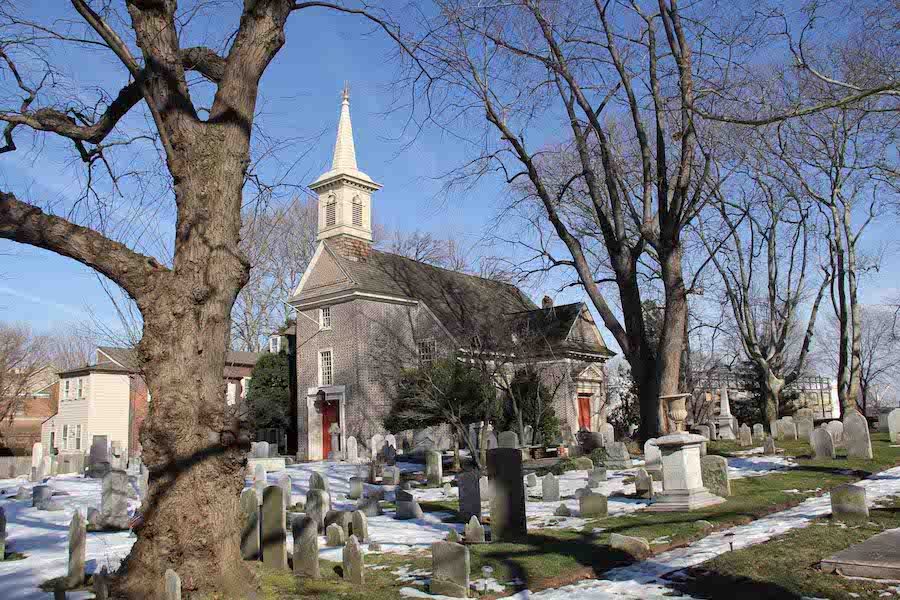 Not only is Queen Village Philadelphia’s oldest neighborhood, it’s also home to the state’s oldest house of worship: Gloria Dei (Old Swedes’) Church (916 S. Swanson St.) Work on the church started in 1697, and it was consecrated on July 2, 1700. A Lutheran church until 1845 and an Episcopal congregation since then, the church was named a National Historic Site in 1942. Not only is Gloria Dei the state’s oldest house of worship, it’s also the oldest building now standing in Pennsylvania, period.