This two-year-old custom-built house fetched $11.15 million when it sold on Nov. 19th. 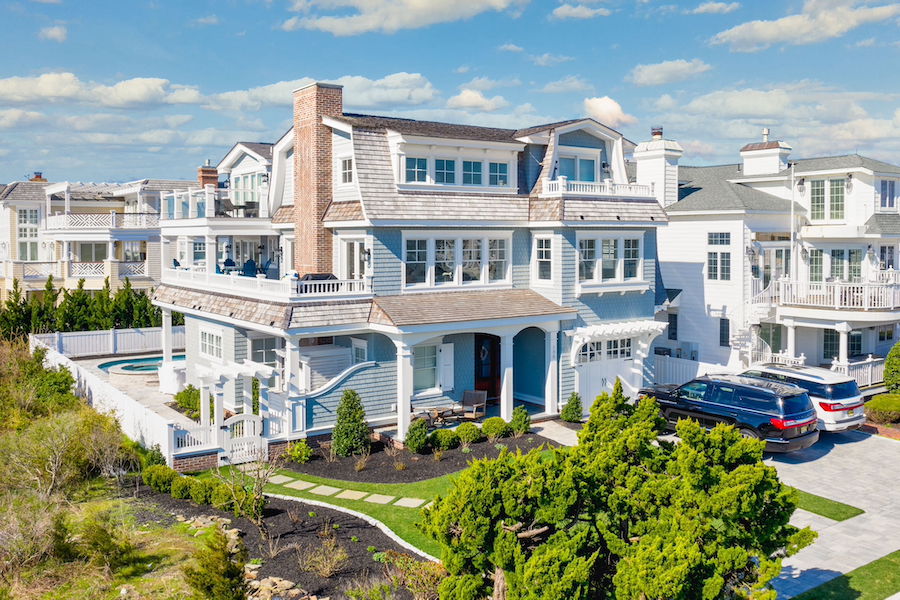 This handsome confection with heavy Dutch Colonial influence, designed by Ocean City architect Christina Amey, was built as the personal residence of builder Thomas J. Welsh. When Welsh decided to give it up in favor of a house facing the bay, this oceanfront house fetched a cool $11.15 million. | Photos and drone shots: Anthony Priest Photography unless otherwise noted

Even in the off-season, real estate deals of all kinds continue apace at the Jersey Shore. We recently caught wind of a big one in Avalon.

The Dutch Colonial-influenced Shingle Style house you see above, located at 130 74th St. in Avalon, changed hands Nov. 19th for a sale price of $11,150,000, the highest price yet paid for a property on a single lot in Avalon.

Even though its architecture draws deeply on the traditional Jersey Shore vernacular, it is a thoroughly modern house that takes advantage of its site right next to the dunes of Avalon’s beach.

It does so by offering balconies and porches facing the ocean on every level. And three of its six bedrooms open onto balconies, one of them exclusive to its bedroom. 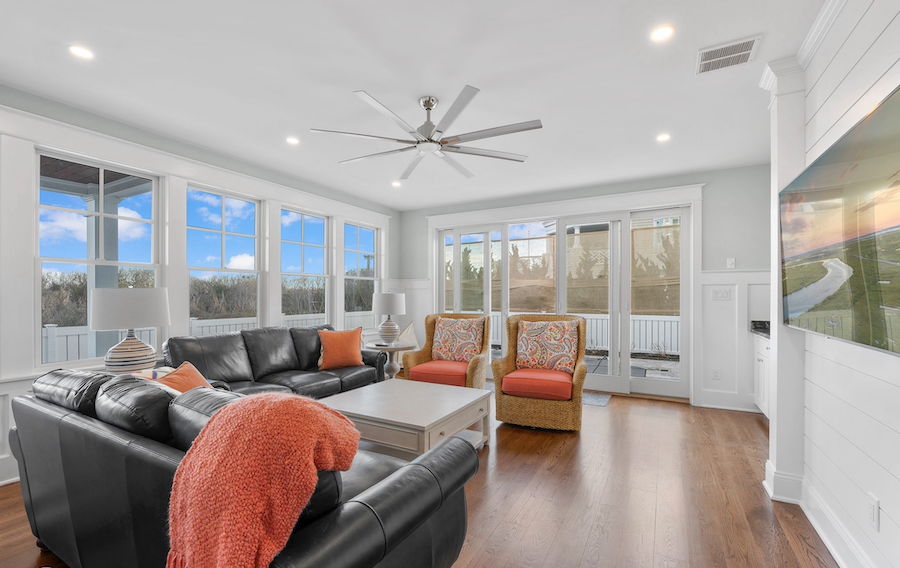 Its first floor has a family room with a wet bar, large windows looking out on the dunes and sliding glass doors leading to the backyard pool and hot tub. 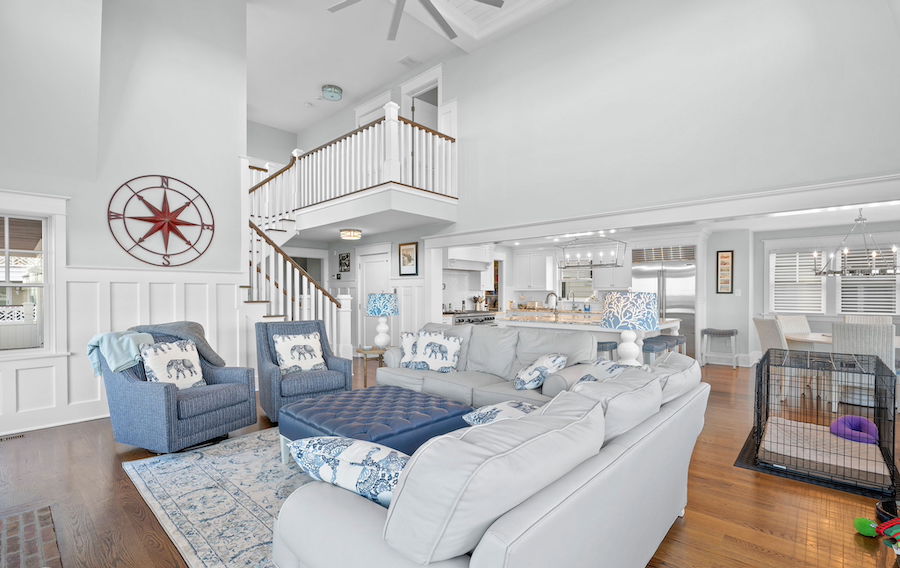 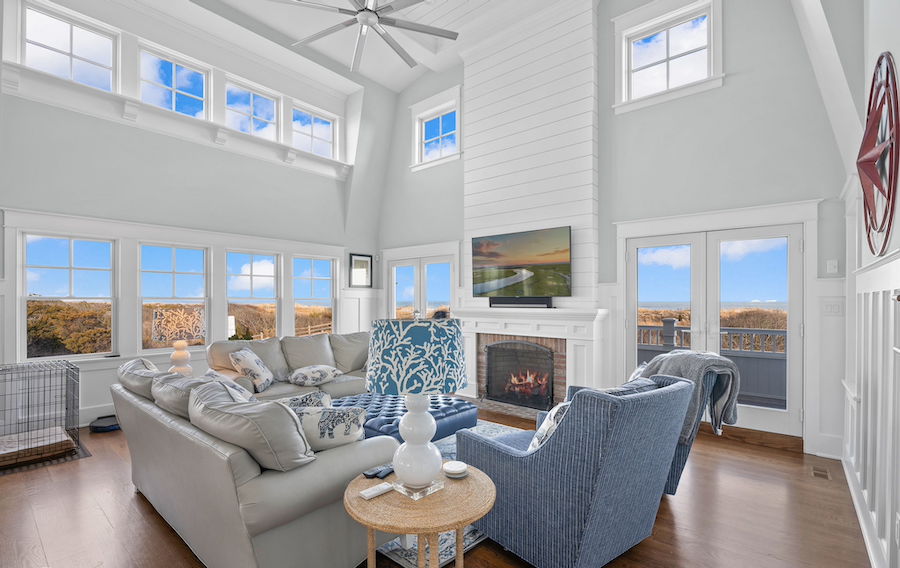 Its main floor has an open-plan living room/dining room/kitchen combo. The living room and its fireplace rise two stories high, with French doors that open onto the large second-floor balcony. 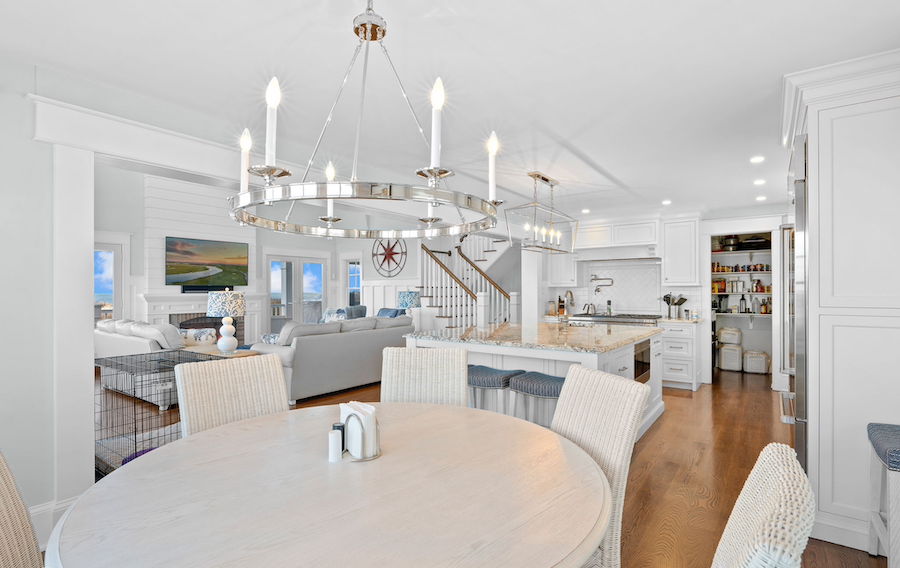 The kitchen and dining room together can accommodate a decent crowd thanks to bar seating for six around the large kitchen island in addition to the dining room table. 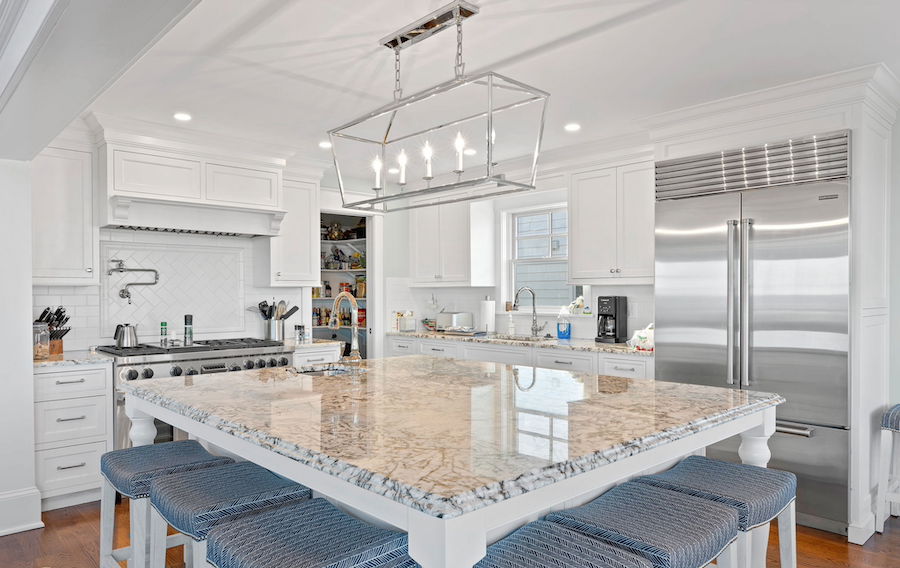 And the kitchen features top-of-the-line appliances that include a six-burner gas range with griddle and double oven. There’s also a pot filler over the range. 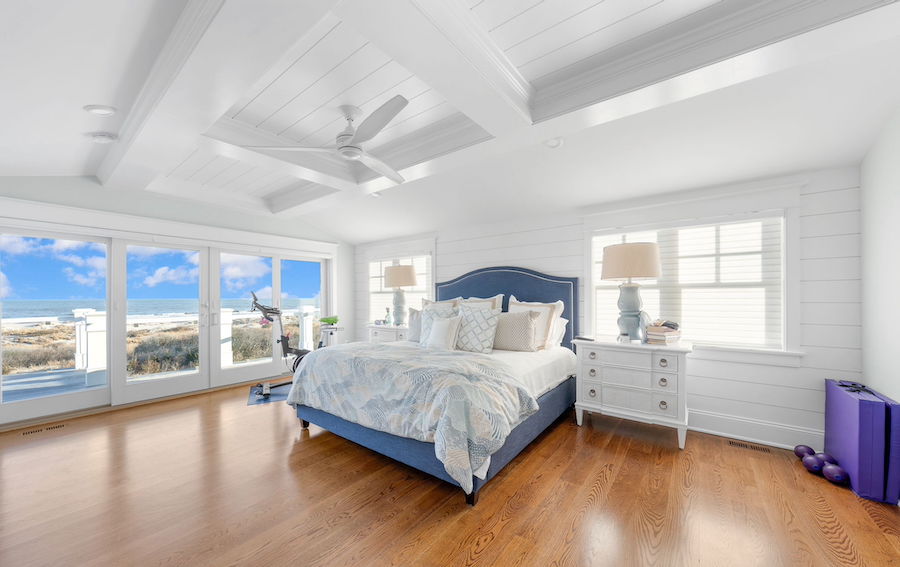 Each floor contains two bedrooms. The second-floor bedrooms have en-suite baths, as does the third-floor primary bedroom, which also has a coffered ceiling. 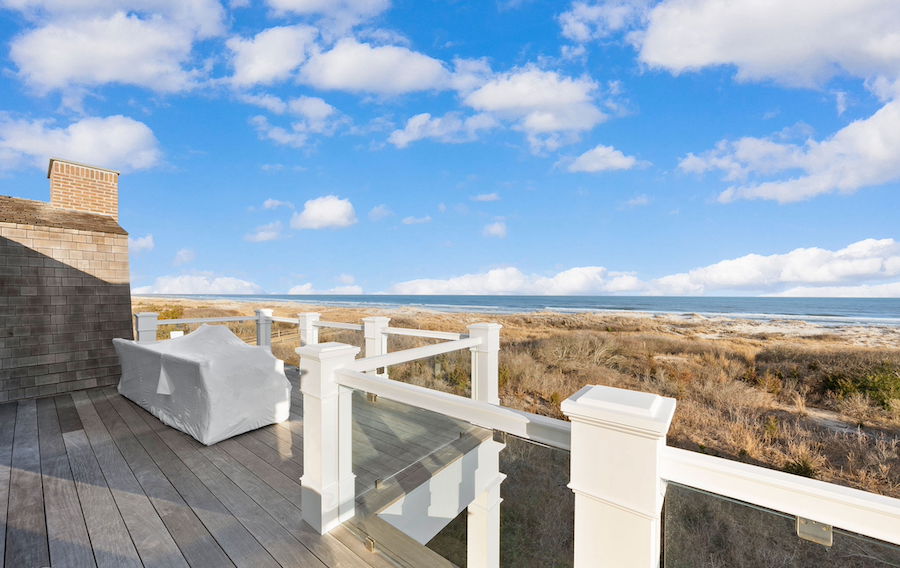 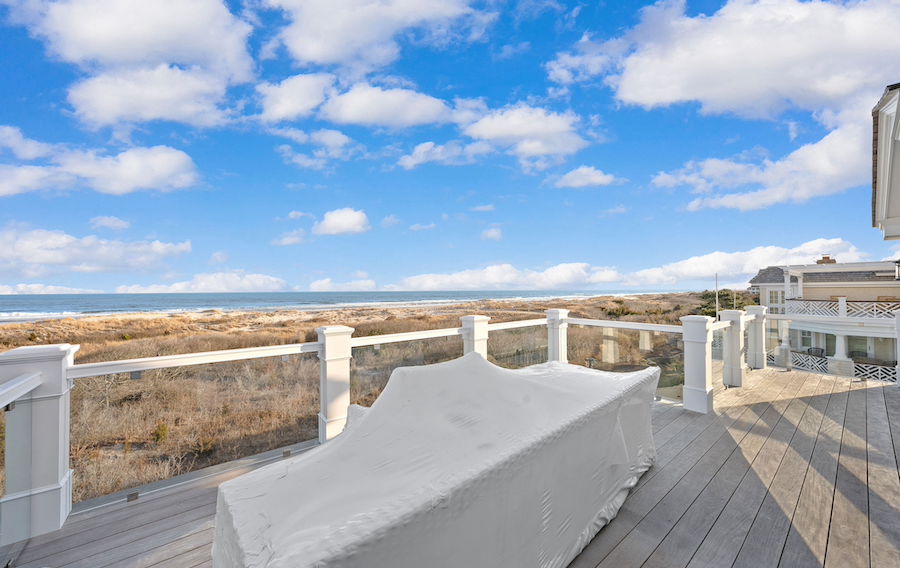 Its balcony offers a panoramic view of the beach and ocean. Partly covered, it is also accessible from the main stairwell. The other third-floor bedroom has its own private balcony facing the street; it too offers a glimpse of the ocean. 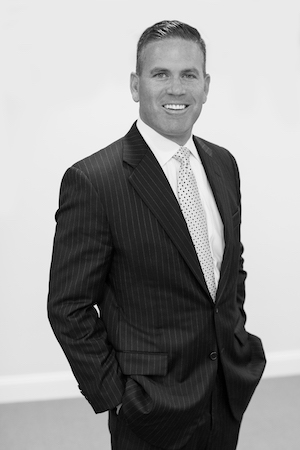 Welsh built this custom house for himself, then sold it when he found a bayfront residence he liked even better. But Jack Vizzard of BHHS Fox & Roach, who handled the sale, said that he loved this house too. One thing in particular delighted him: “He fell in love with its provided three-car garage,” he says.

In addition, Avalon’s south end has large-lot zoning, which makes houses there more expensive. This house sits on a 60-foot by 110-foot lot, and the sale price was the highest yet recorded for a single large-lot property in the borough.