On the Market: Renewed Victorian in Roxborough

A developer and a builder with roots in the neighborhood spotted a diamond in the rough on Leverington Street and knew they had to polish it. 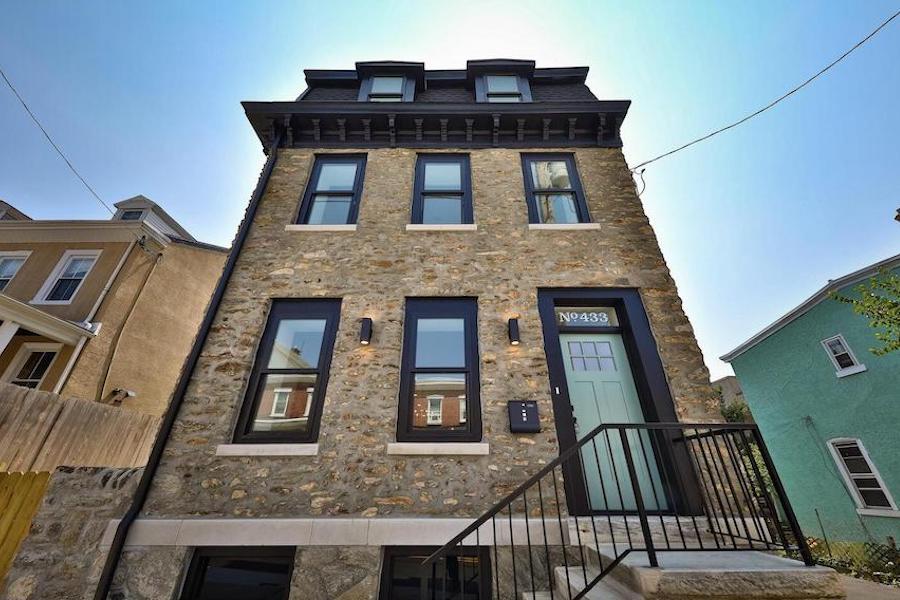 A Roxborough builder used to pass this house all the time when he was a kid, and, he says, it was an eyesore back then. He finally got to a place where he could do something about that. See the result at 433 Leverington Ave., Philadelphia, PA 19128 | Bright MLS images via Compass

The good people of Roxborough appreciate their neighborhood’s history. Unfortunately, some developers don’t, as residents learned a few years back when a historic house near the center of its business district was demolished to make way for a Wendy’s.

That act of historic vandalism has made preservationists out of some local builders and developers. Cessna Homes owner Nick Cessna is one of those builders.

Of late, he has taken to finding historic houses in need of repair or rehabilitation, fixing them up, and putting them on the market for a new generation of Roxboroughites to enjoy.

This rebuilt Roxborough Victorian house for sale is the latest diamond in the rough he found.

A few years back, Cessna and his business partner, Baker Street Partners, had renovated a similar house on Umbria Street whose Wissahickon schist walls had been covered with stucco. They removed the stucco, repaired the stone walls, and renewed the house. Then, last year, this opportunity came along. 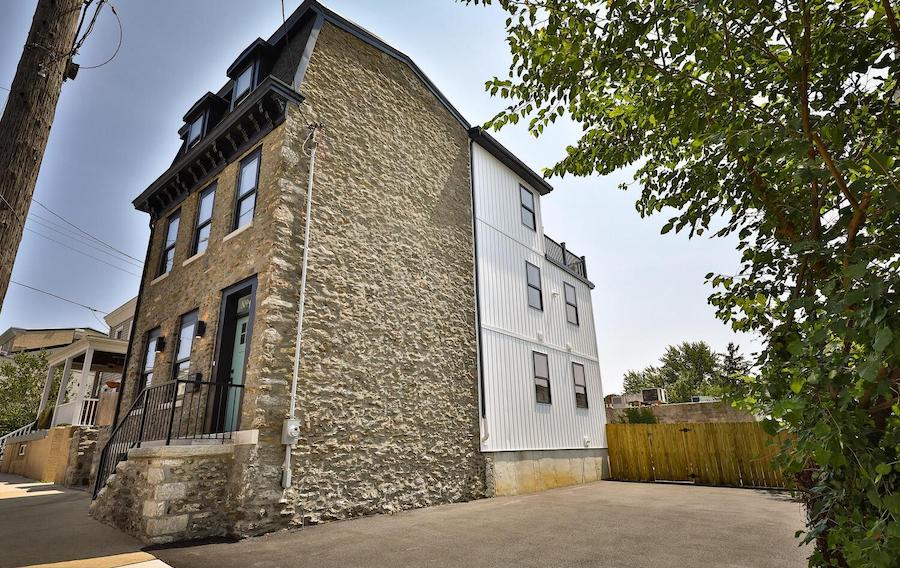 Driveway in side yard (435 Leverington Street); Cessna and his partners demolished the entire existing house save for its exterior stone walls, which they restored

433 Leverington Street is a freestanding single house, but the lot next to it came with it. “We knew by right that we could knock it down and build a set of twins with no garages,” Cessna says. But the neighbors made it known that they did not like all the demolition taking place in the area, and parking is also a sore point. “So we decided not to be greedy. And we told them we were going to keep [the house in place] because we knew that stone was there.” (Wissahickon schist, which was quarried along the banks of that creek in times past, is a common facing material for houses in Northwest Philadelphia.)

And technically, Cessna and his partners did keep the house in place. But they did so by removing everything but the stone walls and mansard roof, then building a totally new house inside them. 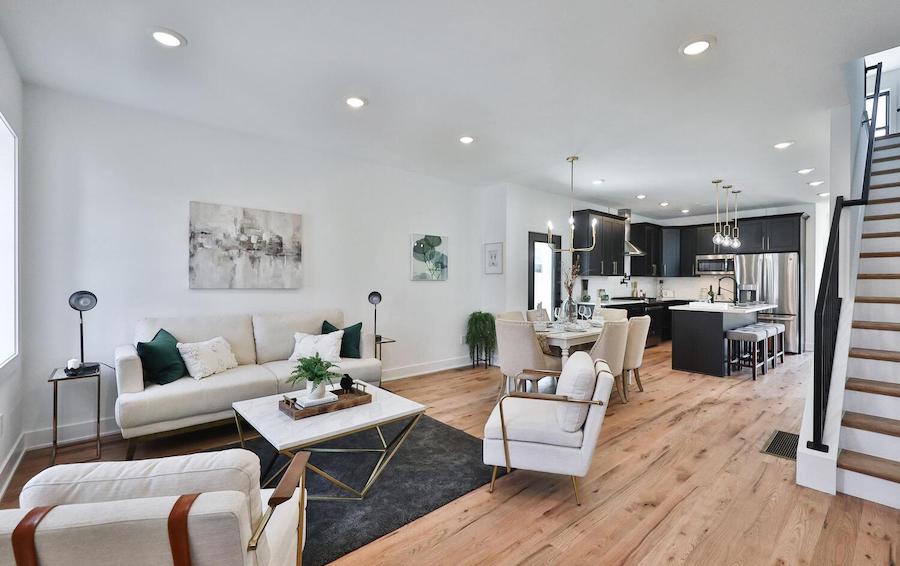 And that house is a real looker, inside and out. On the outside, they removed not only the stucco but the vinyl siding that had covered the mansarded third floor. They dismantled the corbels at the base of the mansard roof, traced them, and made new ones. They painstakingly chipped off the stucco, cleaned the stone and applied fresh mortar to the walls. They made the window frames out of a special variety of wood that doesn’t expand or contract.

All told, Cessna says the exterior restoration work added some 60 days to the project timeline. 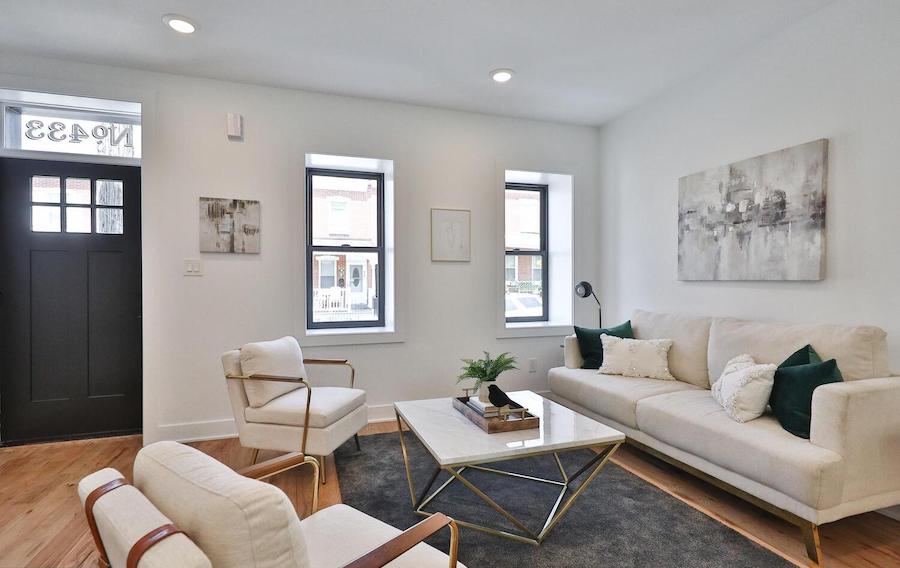 Then, on the inside,  they built a totally modern, 21st-century house with an open main floor with modern light fixtures. 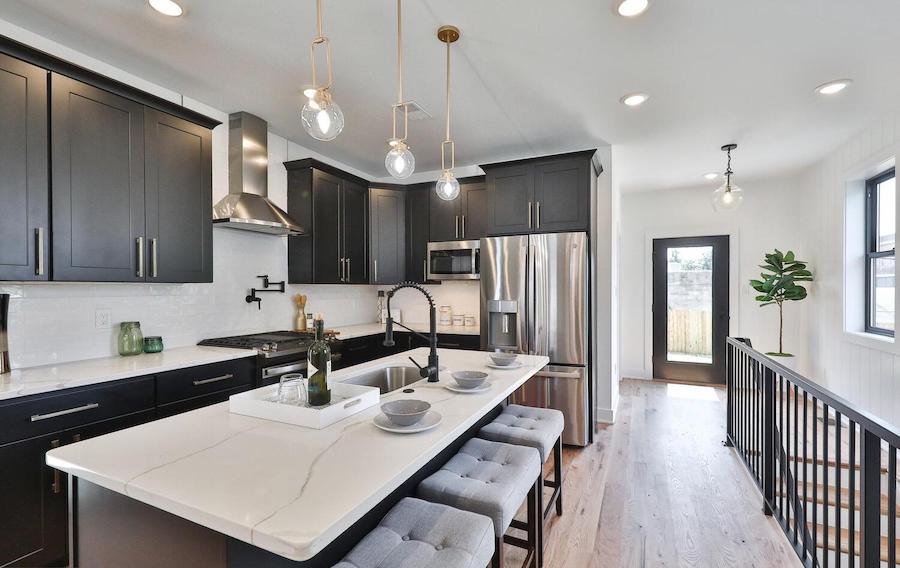 Its kitchen boasts Shaker cabinets, quartz countertops, stainless-steel appliances and a pot filler over the stove. 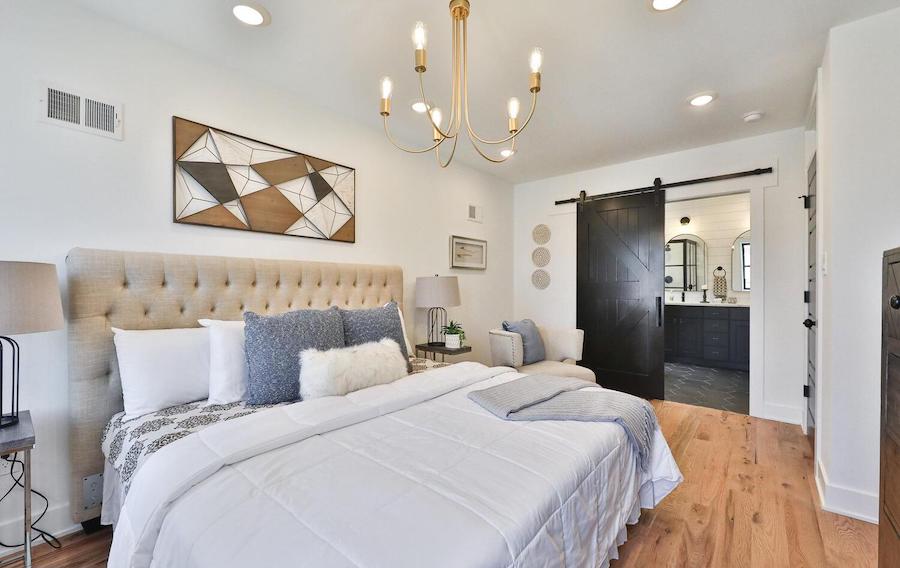 Two bedrooms each are found on the upper two floors. The second-floor primary suite has a huge bedroom with two walk-in closets. 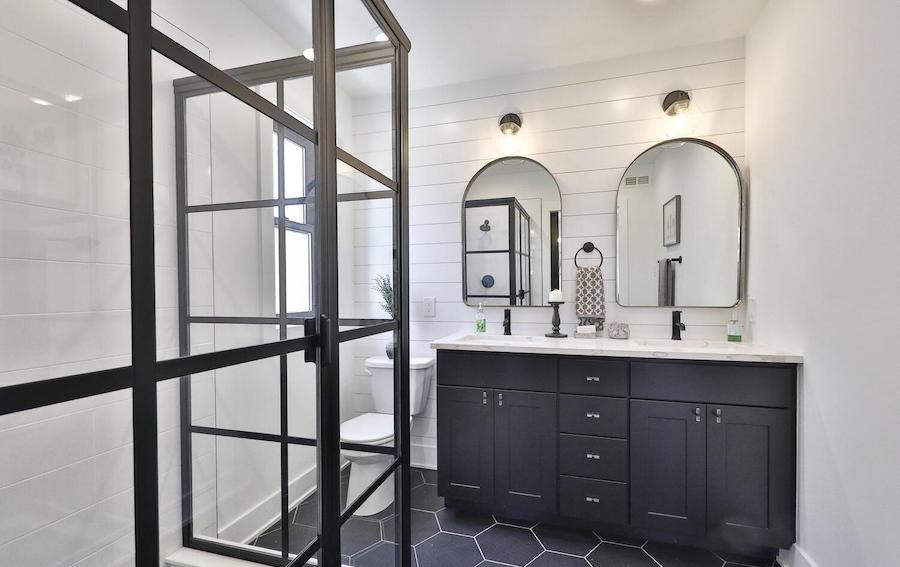 Its bathroom features dual vanities, full subway-tile walls, and a stall shower with an industrial-style enclosure. 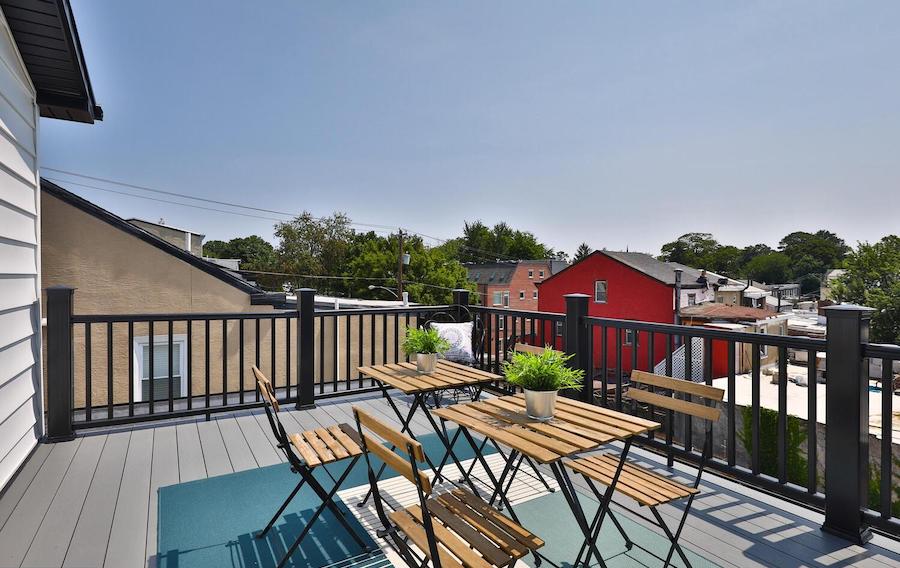 The back half of the house is completely new, inside and out, and on its third floor is a roof deck with great views from its hilltop location. 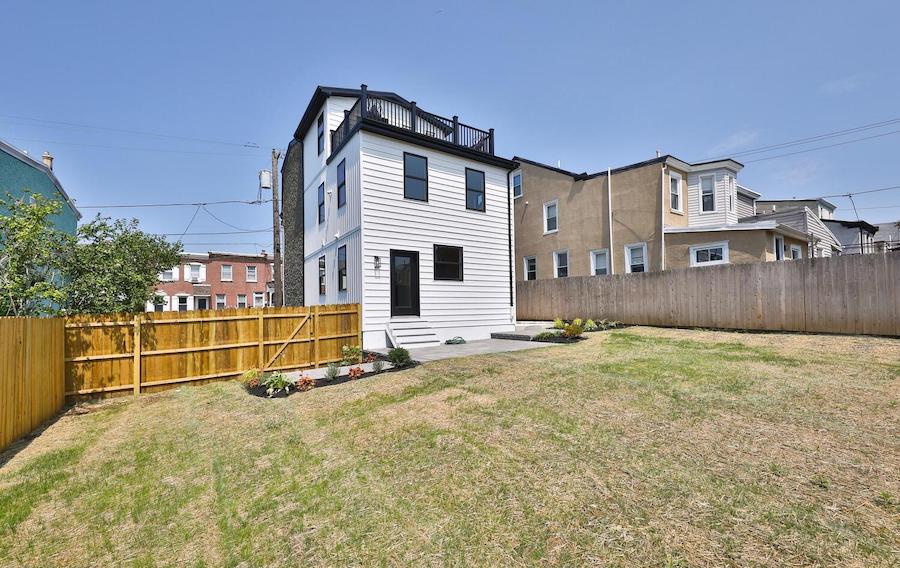 And its ample backyard has a paver patio in back and a concrete one on the side. Plus there are three parking spaces in that side lot.

“It would have been so much simpler to knock it down and start fresh,” says Cessna. “But we’re big proponents of building to what exists around you. Even when we build new construction homes, we want them to fit in.” And if there’s already a house that fits in, why not take advantage of it?