Introducing the Last Penthouse Apartment at Lyndon at the Curtis

This unit, which completes the residential conversion project, features a wraparound terrace with fantastic skyline and sunset views. 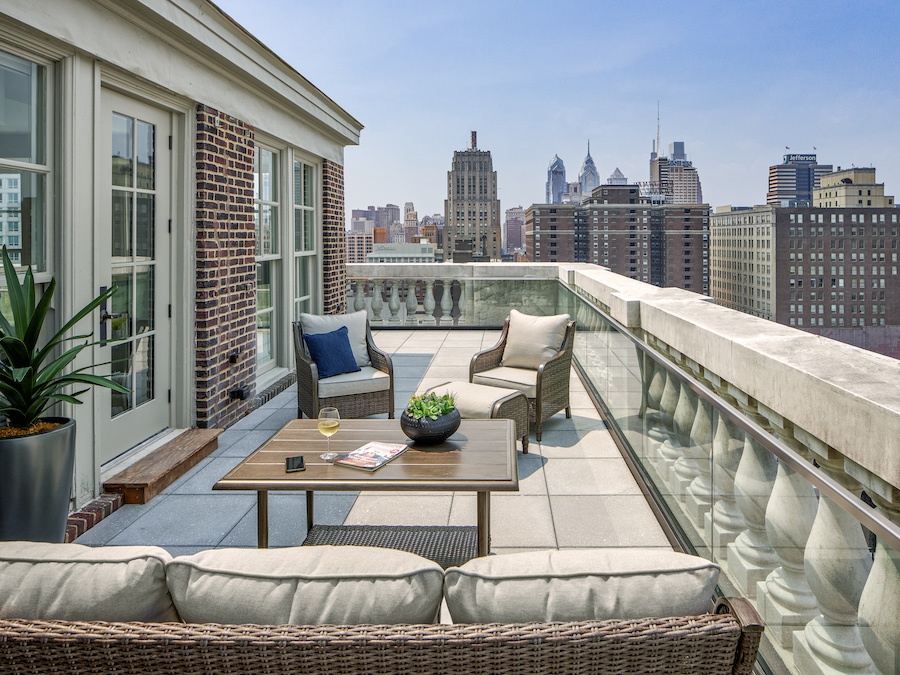 Imagine sitting here and watching the sunset over the Center City skyline. Now stop imagining: the penthouse apartment attached to this terrace at the Lyndon at the Curtis is available for rent. | Photos courtesy Keystone Property Group unless otherwise noted

When Keystone Property Group acquired The Curtis in 2014, company founder and CEO Bill Glazer had an epiphany the moment he laid his eyes on the Dream Garden mosaic in its main lobby.

“We came in, we looked at this, and we said, ‘Wow, that’s an art-museum-quality piece,’” he says.

And as his team explored the building and learned more about its history, he realized that Keystone was about to acquire a historic gem.

“The Curtis has such a rich tapestry of history that we could weave more stories here than episodes of a Netflix mini-series,” he continues.

So You Want to Live in Old City
Living in Washington Square West: A Neighborhood Guide

And over the seven years since then, the company has been transforming the former headquarters of The Curtis Publishing Company from a huge office building into a mixed-use office/residential/retail structure, keeping one eye focused on its past as it built for its future. 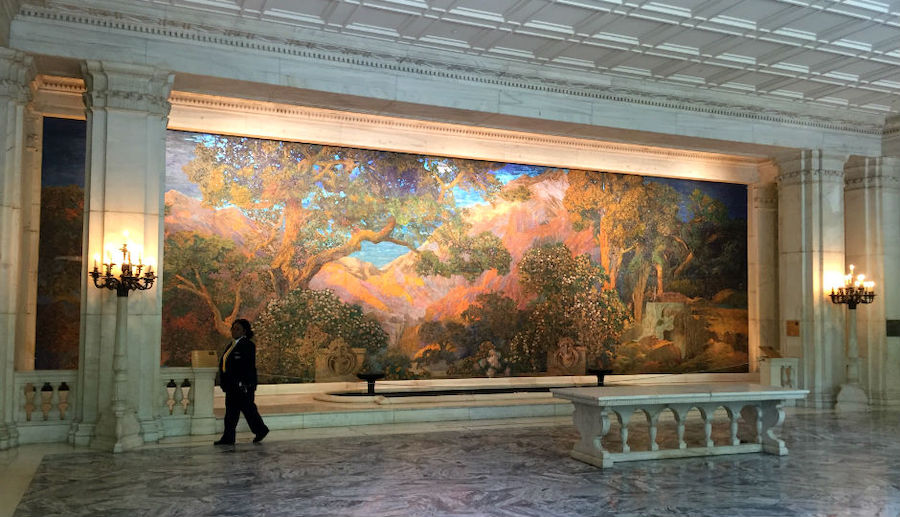 “The Dream Garden,” by Maxfield Parrish and Louis Comfort Tiffany, graces The Curtis’ Sixth Street lobby, which doubles as the entrance to The Lyndon. | Photo: Jared Brey

Glazer already knew something about the building’s history besides being the place from which millions of copies of The Saturday Evening Post, the Ladies’ Home Journal, Jack and Jill, American Home and other titles issued. He knew, for instance, that the mural he stood in front of on that 2014 visit had almost been removed from the building in 1998 by casino mogul and University of Pennsylvania alumnus Steve Wynn. The fight to save the Maxfield Parrish-Louis Comfort Tiffany work led to its becoming a museum piece literally: the Pennsylvania Academy of the Fine Arts acquired it with money donated by The Pew Charitable Trusts after a protracted legal battle. (Keystone repaired the mural after a construction accident related to the apartment conversion damaged it.)

The vision Glazer developed for The Curtis after Keystone acquired it was a refined one. Earlier this summer, as he prepared to show me the final piece of the Curtis’ transformation, he explained, “This has to be a bespoke, tailored fit for a narrow band of clientele that would appreciate the history, appreciate the artwork, and appreciate what we’re about to show you.”

And what Glazer and Stonehenge Advisors Leasing Director Jennifer Ballard showed me was this: 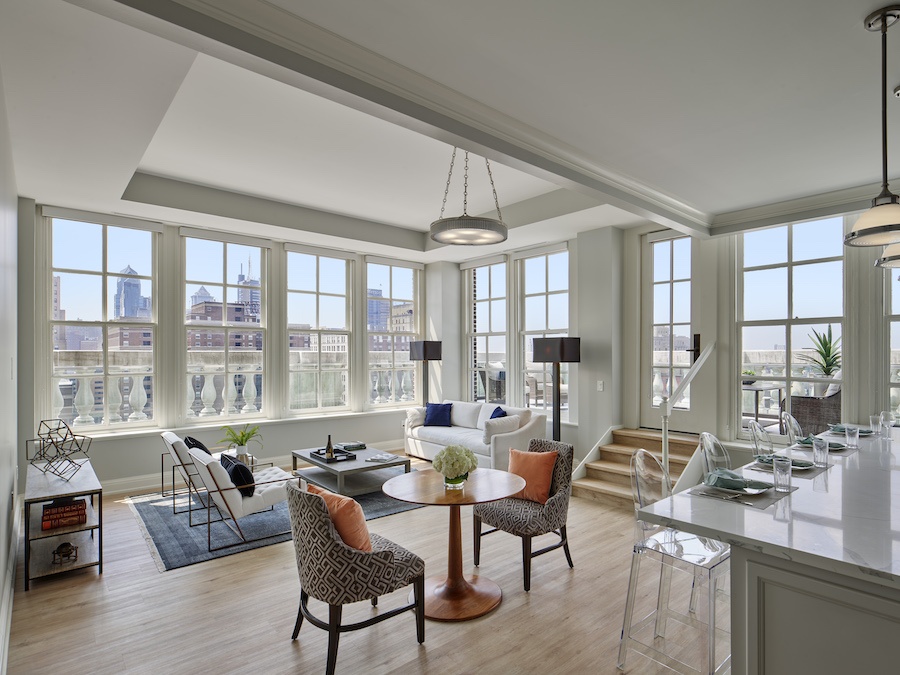 This apartment on the northwest corner of the Curtis’ 11th floor is the last penthouse unit in the residential part of the building, Lyndon at the Curtis.

Unlike the new construction bi-level penthouses on the east side of the 11th floor, this unit was part of the original building, which was built in sections over 17 years from 1910 to 1927. This section of the top residential floor is set far enough back from the building cornice line to be invisible from the street, even from a block away. 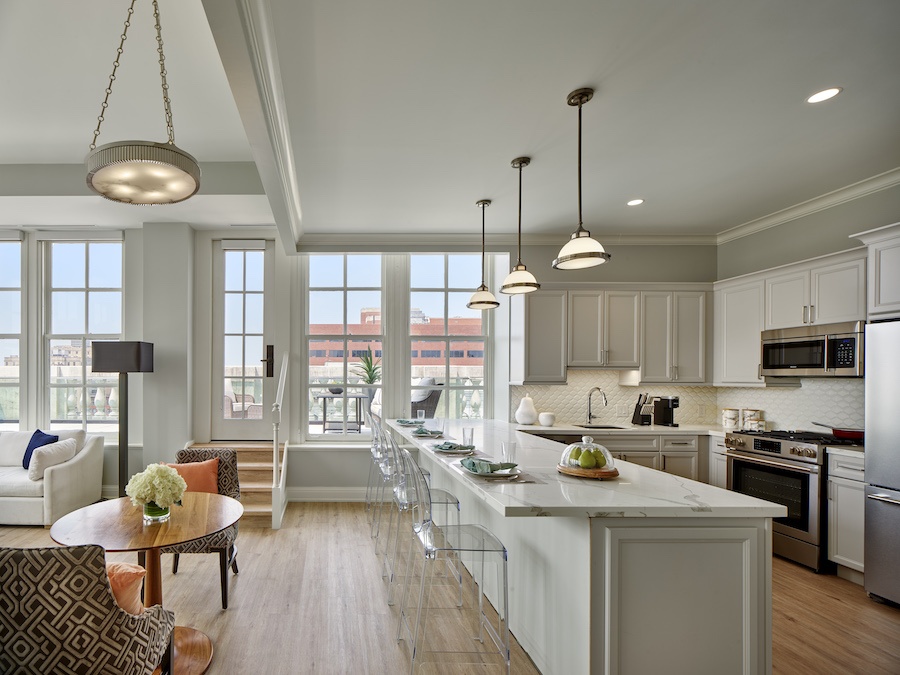 Kitchen of the penthouse apartment

While the Lyndon’s other apartments are all located on the east side of the floors below this one, the entire 11th floor was given over to residences. The south-side units were completed first, and finishing touches remain to be put on some sixth-floor units, but this penthouse marks the official completion of the Lyndon. It and the rest of the 11th floor beyond the  east side were part of a second phase of construction for the Lyndon. “We had such success with the first build that we decided to do this,” Glazer says. 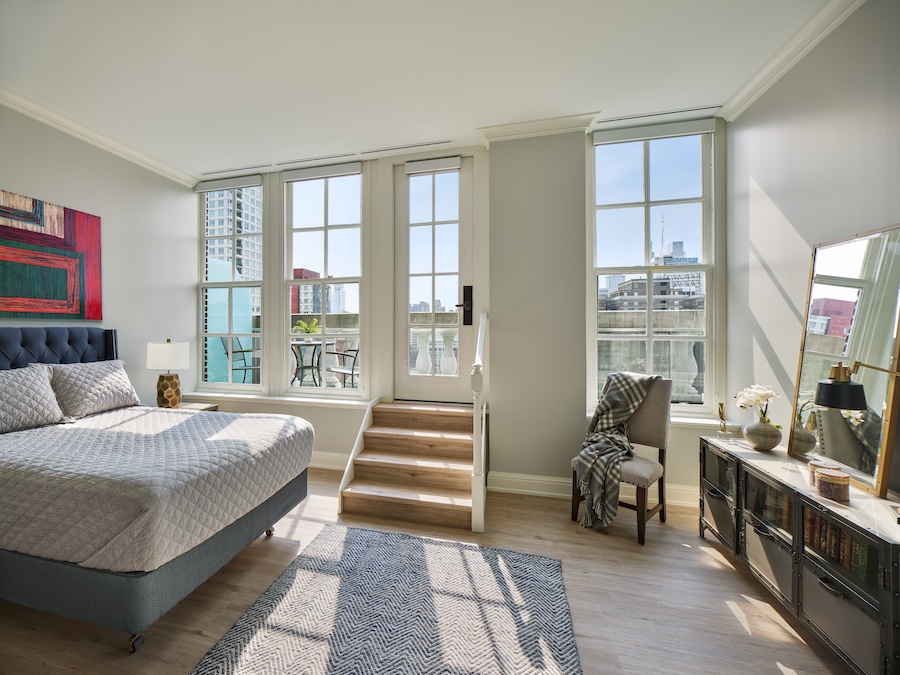 The terrace, which is elevated a few steps above the apartment’s interior, extends to the primary bedroom as well\

And that will remain true even if Toll Brothers gets around to building that condo tower it announced it would build on Jewelers’ Row, just to the west of the Curtis. This penthouse is aligned with the north side of the 700 block of Sansom Street, so that tower, currently a hole in the ground, won’t block the view.

Its interior design maintains the building’s classical lines and style. Like P.J. Clarke’s restaurant and bar off the Sixth Street lobby, it looks as though it has been here since the building opened, but it’s all brand new. 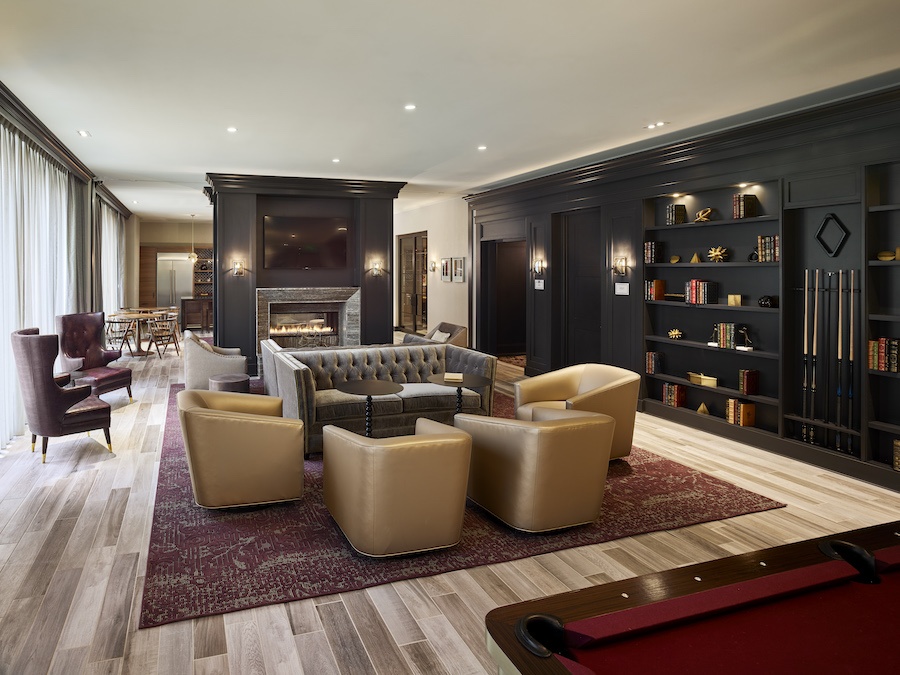 The completion of the project also means that all of the amenity spaces are complete and in use. Now that the pandemic restrictions have eased, Ballard says that Stonehenge, which took over property management from Scully Company in 2018, has resumed actively planning and holding events for residents.

“We had an event every three months, but during the last year, that stopped,” she says. “With everything opening back up, the residents are anxious to [come to the events] again. 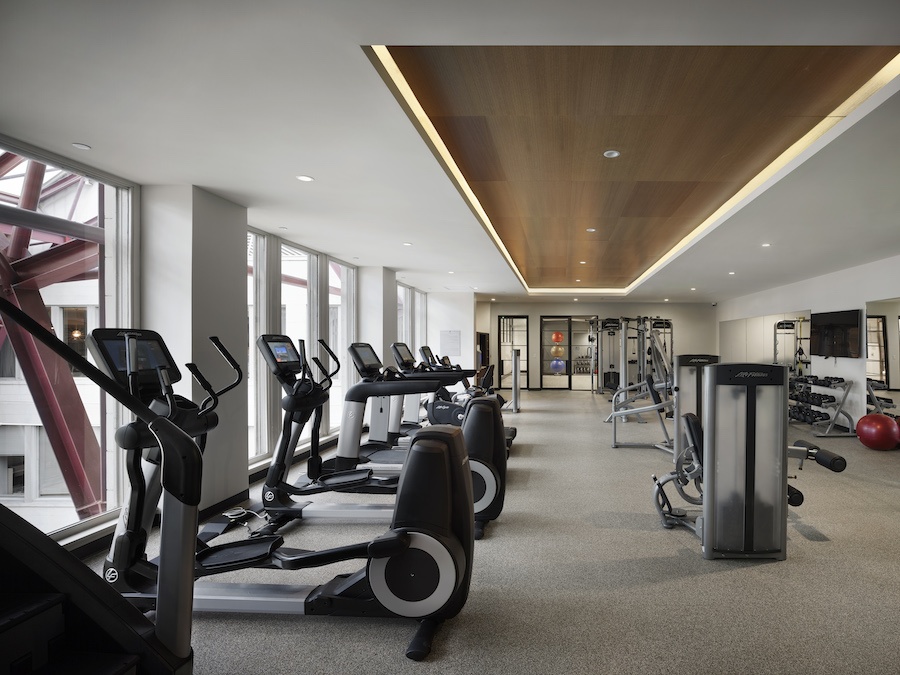 The fitness center on the amenity floor; the floor also has a board room for meetings, a billiard room, a private dining room, a screening room, a dog spa and a golf simulator

(They will still be able to do so even after the recently announced city requirement that people wear masks in indoor gathering places. They’ll just have to mask up, that’s all.)

If that kind of apartment life appeals to you, you can get it along with gorgeous sunsets on the terrace by leasing this 1,755-square-foot unit with two bedrooms, two and a half baths, and an 800-square-foot wraparound terrace. Visit the Lyndon website or contact the leasing office at 855-809-7727 for information about rents.

And if the penthouse is a little rich for your blood, or if you didn’t get to it before it got leased, those other unfinished units are also coming on line this summer. They have great views of Independence Square.