Apartment Week: Lyndon at The Curtis

Meet our across-the-hall neighbor, Cyrus H.K. Curtis, and 63 of his new friends. 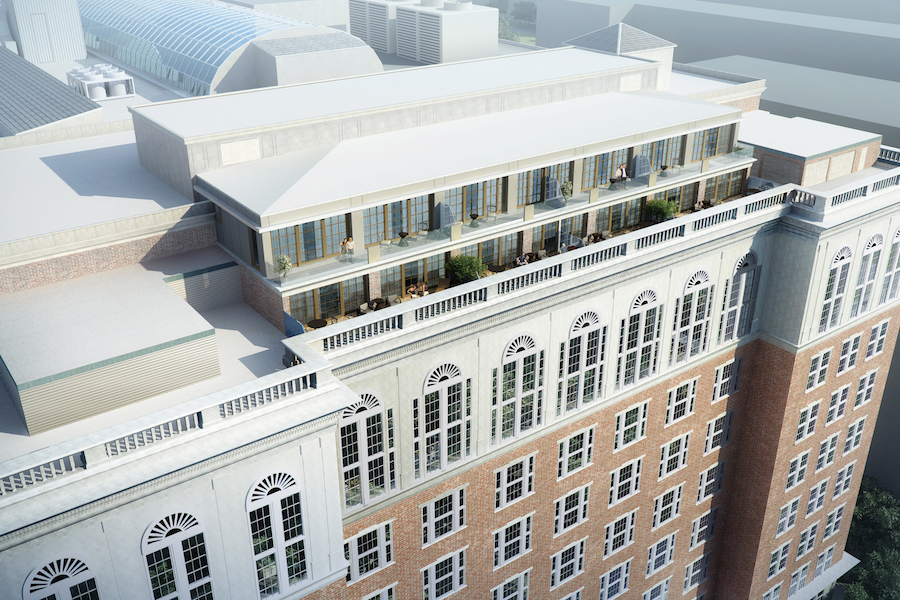 Carl Dranoff got his start developing “Historic Landmarks for Living,” and while that company no longer exists, he still converts old buildings to dramatic new living spaces every so often.

Other developers have since followed in his footsteps, but few have had such spectacular raw material to work with as Keystone Property Group, owner of The Curtis.

Once home to the nation’s largest publishing company, the people who brought you The Saturday Evening Post, the Ladies’ Home Journal, American Home, Jack and Jill and Holiday, the 913,000-square-foot Curtis Publishing Company headquarters (1910-27) was renovated by the Kevin F. Donohoe Co. in 1985. At the time, the $85 million restoration was the largest historic renovation project in the country.

Now the Curtis is being transformed yet again, and the action is taking place right across the hall from the new home of this magazine. 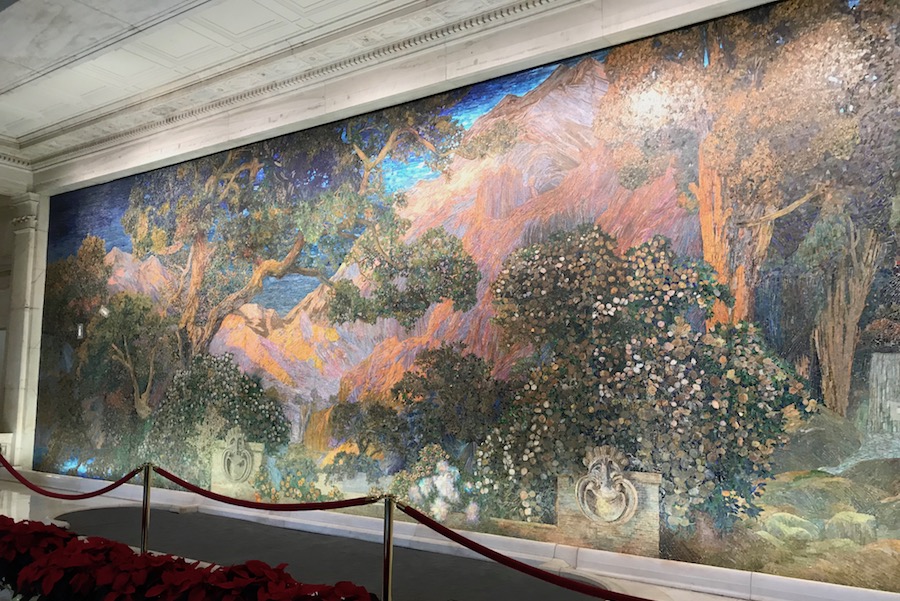 “Dream Garden,” by Louis Comfort Tiffany. The public will continue to have access to this mural, owned by the Pennsylvania Academy of the Fine Arts, after the east lobby has been reconfigured to accommodate the secure entrance to the apartments. | Photo: Sandy Smith

Most of the building’s east side and the south side of its 11th floor have become the Lyndon at the Curtis, a luxury apartment complex managed by Scully Company.

So he created an environment where beauty ruled, as the Independence Mall West (Sixth Street) lobby demonstrates. The Louis Comfort Tiffany mural, now being restored after suffering damage during the reconstruction, was Bok’s idea.

As were the amenities the company provided on the building’s ninth floor. “There was a men’s exercise room,” says Mattei. “There was a women’s lounge. It had a kitchen facility, a butcher shop, a welfare office and a small hospital, a medical unit. It was very much ahead of its time.” 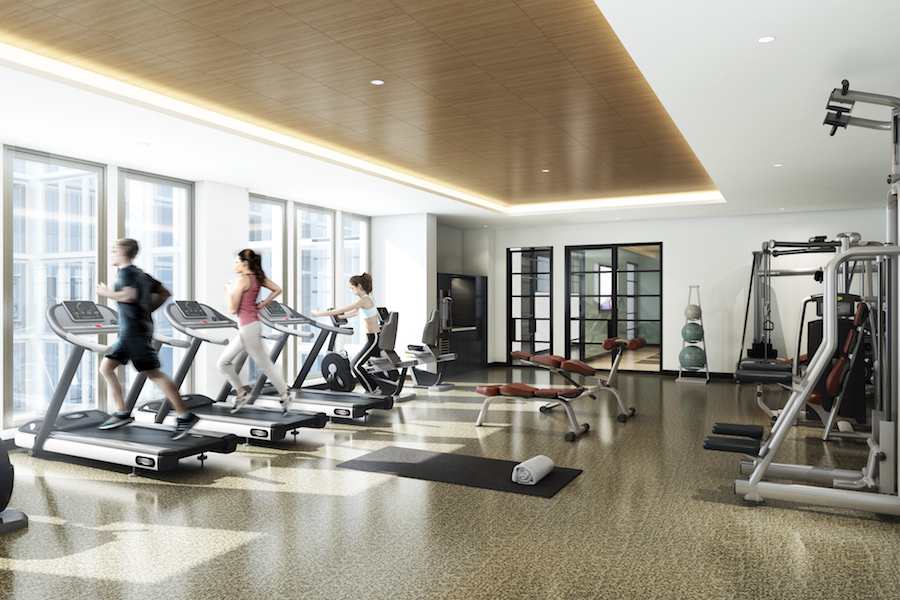 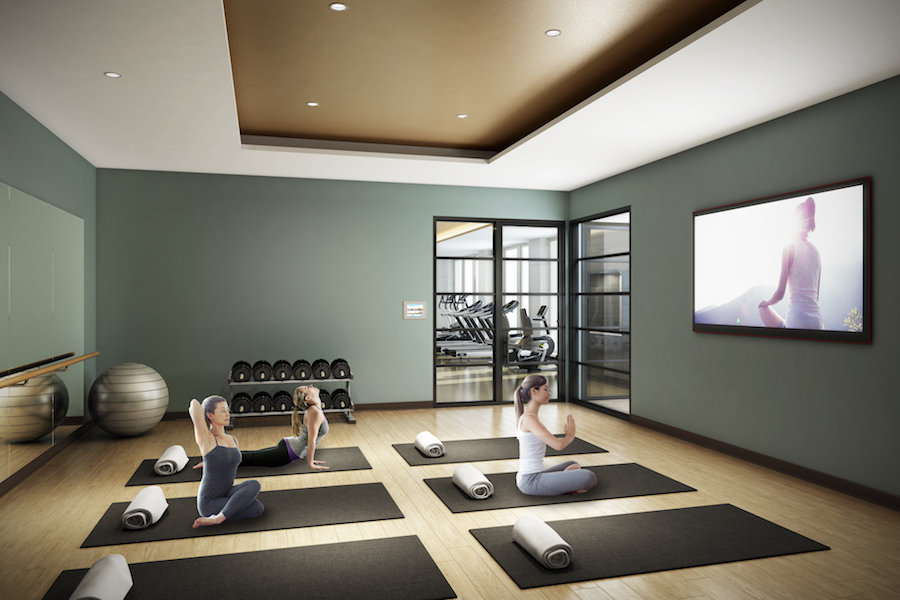 Lyndon’s 11th-floor amenity suite lacks the butcher shop and mini-clinic, and the residents probably make way too much to need a welfare office. But it has everything else: A lounge with double-sided fireplace. A fitness center and yoga studio with fitness-on-demand videos. A demonstration kitchen, bar and dining area that residents can reserve for private events. A movie theater and game room. A golf simulator. A library with computer workstations. A conference room. And a dog wash.

The 24/7 concierge desk is up and running, and a package concierge and Pressbox service are on their way. 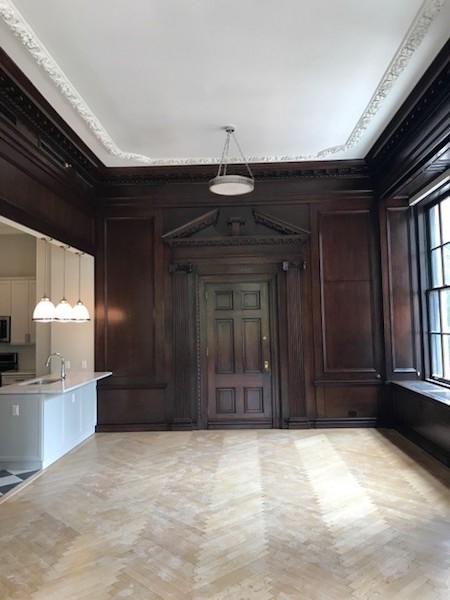 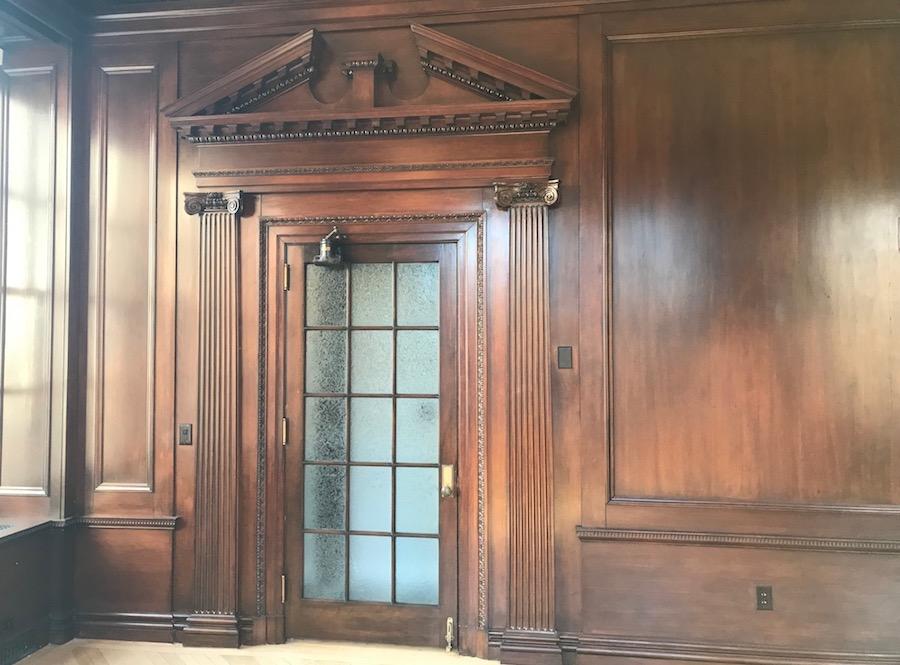 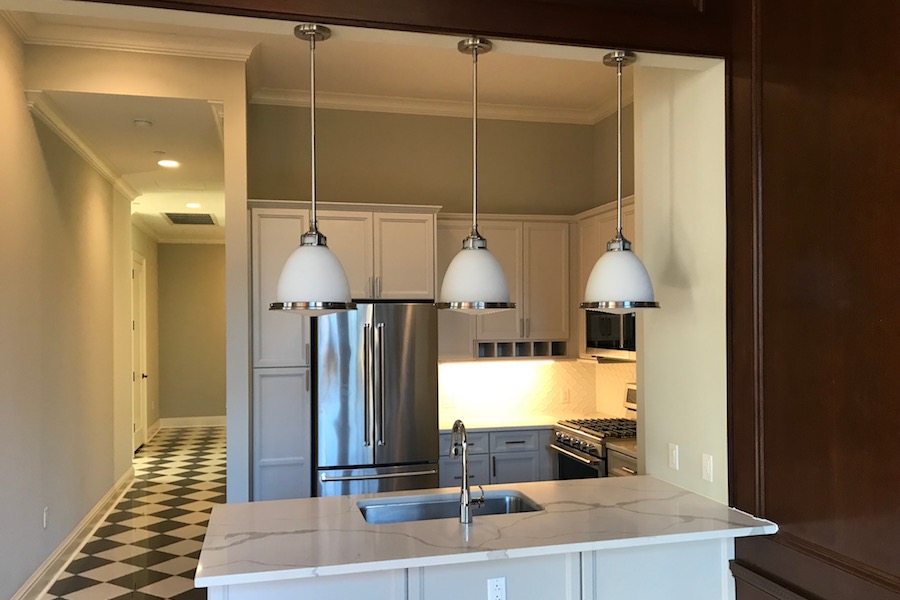 The apartments themselves incorporate the building’s original windows and decorative elements, but none more so than Apartment 209, on the other side of the hallway from the Philadelphia magazine offices. (Until the apartment building elevators are complete, residents enter the apartments through a door off the second-floor office corridor.) That apartment incorporates Curtis’ corner executive office with its dark wood paneling. It also has excellent views of both Independence and Washington squares. 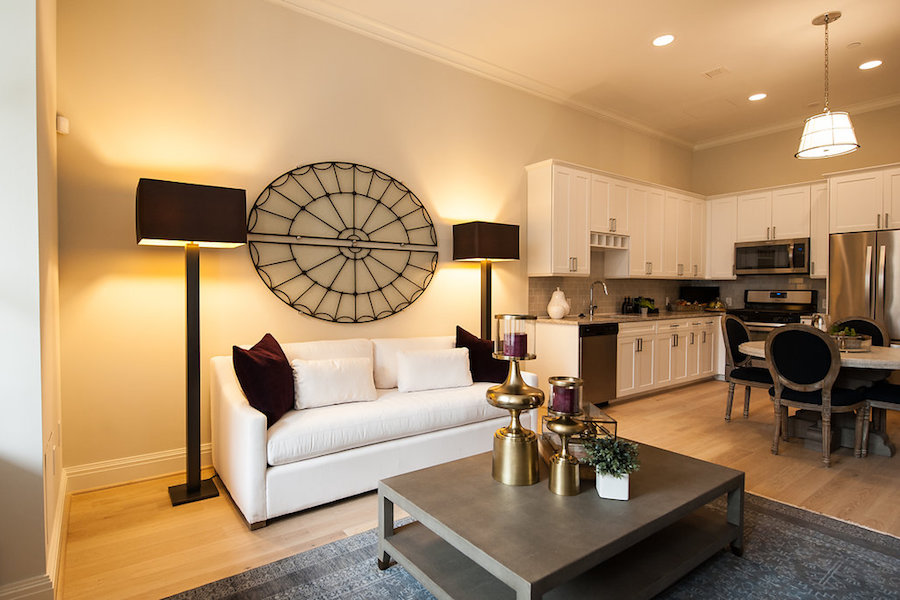 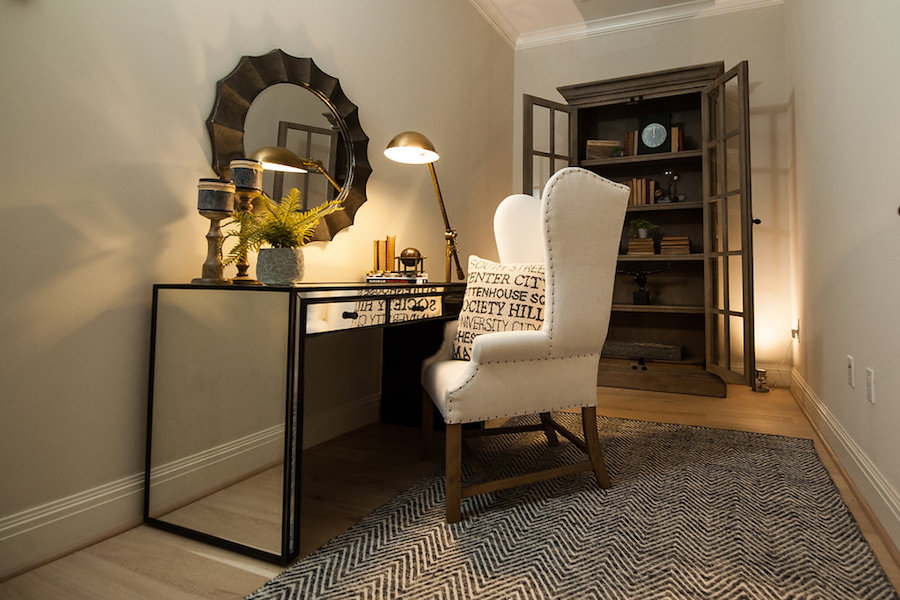 Most of the apartments overlook Independence Square. The four bi-level penthouses being added to the top of the building’s east side, now being completed, will have the most spectacular views — one from the lower-level living-room terrace, one from the upper-level master bedroom balcony.

Lyndon at the Curtis by the Numbers

Number of units: 63 one-, two- and three-bedroom, single- and bi-level apartments, including four bi-level penthouses, ranging in size from 597 to 2,014 square feet

Other stuff: The building is pet-friendly. Why is the complex called “Lyndon”? That was the name of Edward Bok and Mary Curtis’ family estate in the city’s northern suburbs. The longtime editor of the Ladies’ Home Journal is also the man responsible for our calling what used to be known as the “parlor” or “drawing room” the “living room” instead.

Updated March 22nd, 12:37 p.m., to correct the number of the Cyrus Curtis apartment and update the range of rents.