Now That I Work Remotely, I Traded My Manhattan Apartment for a Rittenhouse Townhouse

Podcast technology entrepreneur Simon Marcus was no longer tied to New York for work, so he moved where he could get more for less. 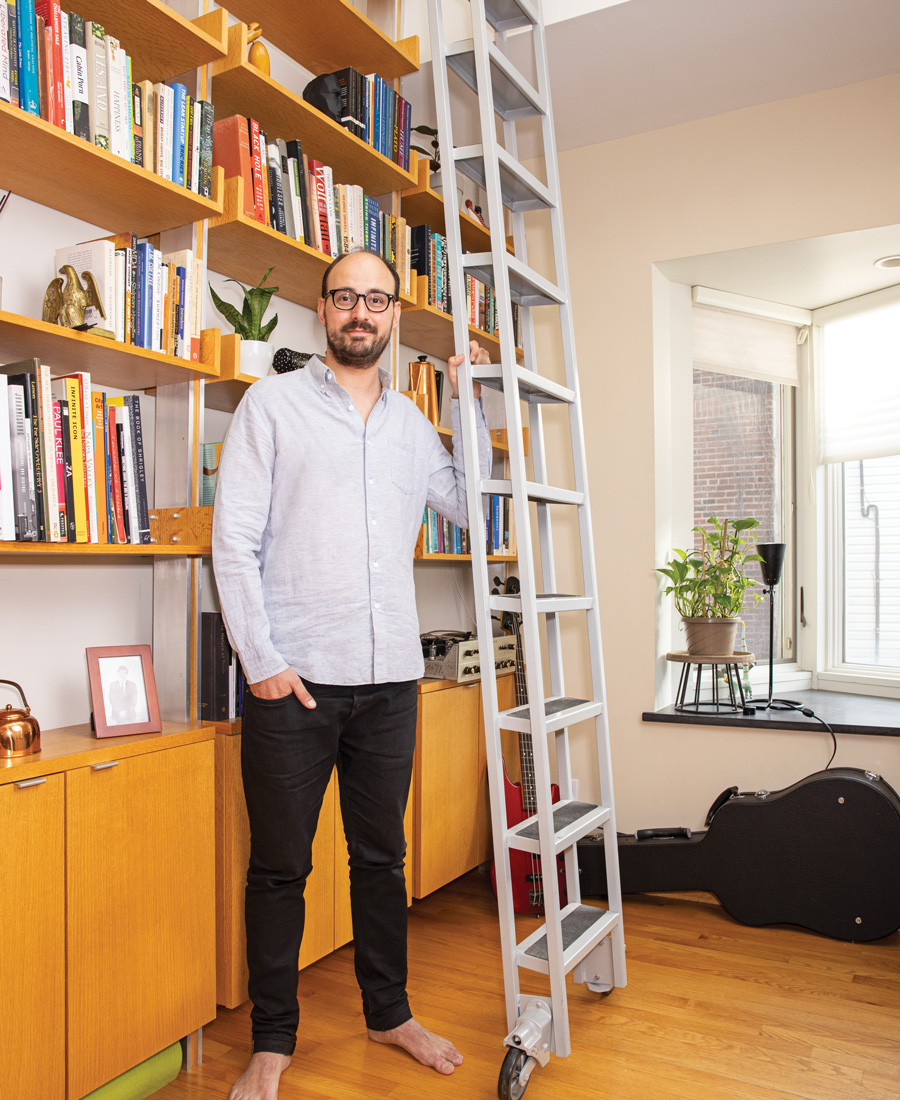 Marcus decided to move from New York into this Rittenhouse townhouse, which came equipped with a library — rolling ladder included — that he uses to store his book collection. Photograph by Colin Lenton

Podcast technology entrepreneur Simon Marcus figured out that he could live wherever he wanted once everyone at his company started working from home. So he moved from Manhattan to a city where he could get what he wanted for less.

Where he came from: A one-bedroom, roughly 750-square-foot apartment on the Upper East Side

Where he landed: A three-story, three-bedroom, 1,900-square-foot townhouse in Rittenhouse, purchased for $965,000

How he got there: Marcus, who moved from Johannesburg, South Africa, to New York about 10 years ago, could certainly afford to pay Manhattan prices for housing, having sold the podcast technology company he founded to a global player in the industry. And he liked his Lenox Hill neighborhood four blocks from Central Park. But when COVID sent his company’s workforce to their residences, he says, “I quickly realized just how small, claustrophobic and limited my living situation was. And it occurred to me: Wow, I could be anywhere right now. I was so privileged to have this job that lets me work remotely, and I thought maybe this would be a good time to try something different.”

Why he chose to live where he lives: But not too different — unlike many affluent Manhattanites who moved to put social distance between themselves and their neighbors by lighting out for the suburbs of New York and Philly — or even more remote places — Marcus had no interest in living anywhere but in a city neighborhood. He did consider some other East Coast cities, like Boston and Providence, but quickly set his sights down I-95: “I’ve been to Philadelphia a bunch of times in the last few years, and it just resonated with me.” He especially likes our food scene, the history, and the character in the Center City neighborhoods.

He conducted his house search remotely, using real estate websites like Zillow and Redfin and 3-D virtual tours to get a feel for the houses he liked. One of his first favorites was a 1912 townhouse where the Rittenhouse and Fitler Square neighborhoods meet. He met the agent marketing it, Asa Kurland of the McCann Team at Keller Williams Philly, at a virtual open house, and they hit it off.

But he didn’t jump on the house right away. “I’m an optimizer,” he says, and he wanted to make sure he was getting the best value for his money. He found several other houses he liked, including a trinity that he almost made an offer on before someone beat him to it. Still, he says, “About 20 or 30 spreadsheets and 3,000 listings later, I ended up coming back to this one.”

And fortunately for him, this house didn’t get snapped up quickly, as so many other houses in Philly and its suburbs did last year.

Biggest surprise: How easy the whole home-buying process turned out to be: “This was a huge deal for me, and you would think that such a momentous thing would be quite difficult. But the infrastructure around real estate sales here is quite robust.” He found getting a mortgage much simpler than he thought it would be, and taking care of the rest of the sale paperwork was also a breeze. “The fact that it turned out to be fairly easy made me feel much more at ease” about buying a home for the first time, he says.

Published as “From One City to Another” in the “On the Move” feature in the March 2021 issue of Philadelphia magazine.