Love history? You’ll flip when the only Revolutionary War battle fought within the present-day Philadephia city limits is re-enacted across the street from you every September. 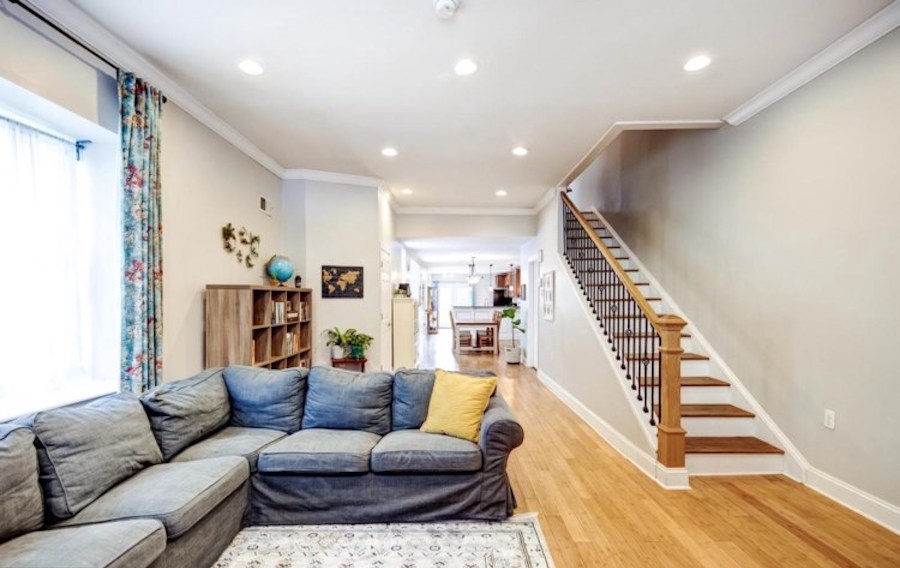 This historic house is itself surrounded by history, but it’s been renovated with an eye towards modern living. It’s across the street from Cliveden at 6408 Germantown Ave., Philadelphia, Pa. 19119 | Bright MLS images via BHHS Fox & Roach

As I’ve noted in this space on at least one occasion in the past, and probably more, it’s hard to live in the Germantown area and not bump into history. “The Great Road” — Germantown Avenue, along which the Germans who gave Germantown its name settled beginning in 1683 — is chock-full of historic houses and sites stretching from Wayne Junction all the way to Chestnut Hill.

The bulk of this history can be found in the 5200 through 6400 blocks of Germantown Avenue. At the northern end of this stretch, just inside Mt. Airy, sits Cliveden, the residence of Benjamin Chew that housed British troops intent on capturing Philadelphia in 1777. On September 11th of that year, British troops under the command of Gen. George Howe repulsed an attack from Gen. George Washington’s forces at the Battle of Germantown, the only Revolutionary War land battle to take place within the present-day City of Philadelphia.

This handsome renovated Mount Airy Victorian twin house for sale sits just across the street from Cliveden. This means that if you’re a history buff, you should be doubly pleased to live here, for this house itself has been around long enough to qualify as historic. And the Germantown Historical Society advised its owner on the renovation. 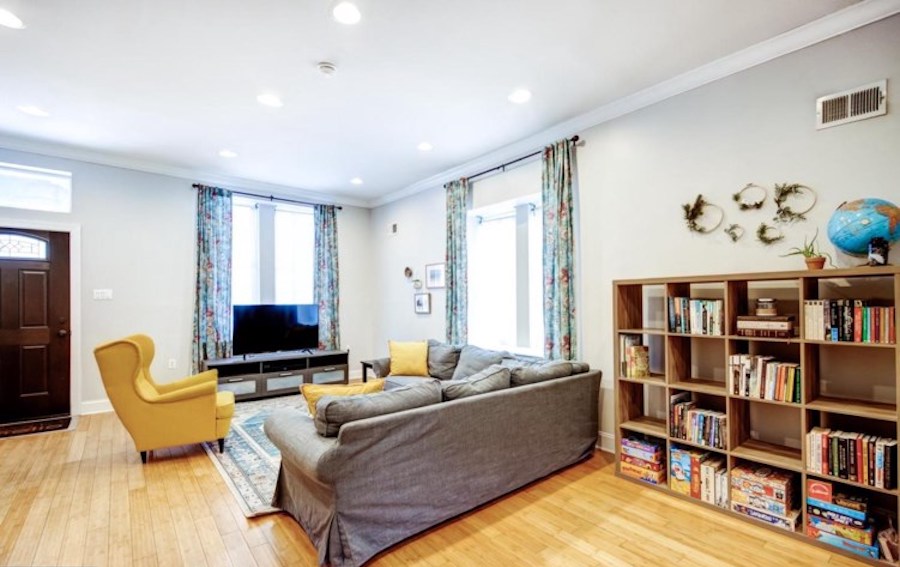 The renovation, however, made the house modern in most respects. Yes, you will find a traditionally-styled front door with a leaded-glass window, crown moldings, a classic wood-and-wrought iron stair rail, and turn-of-the-century-style light fixtures in the rooms on the main floor. 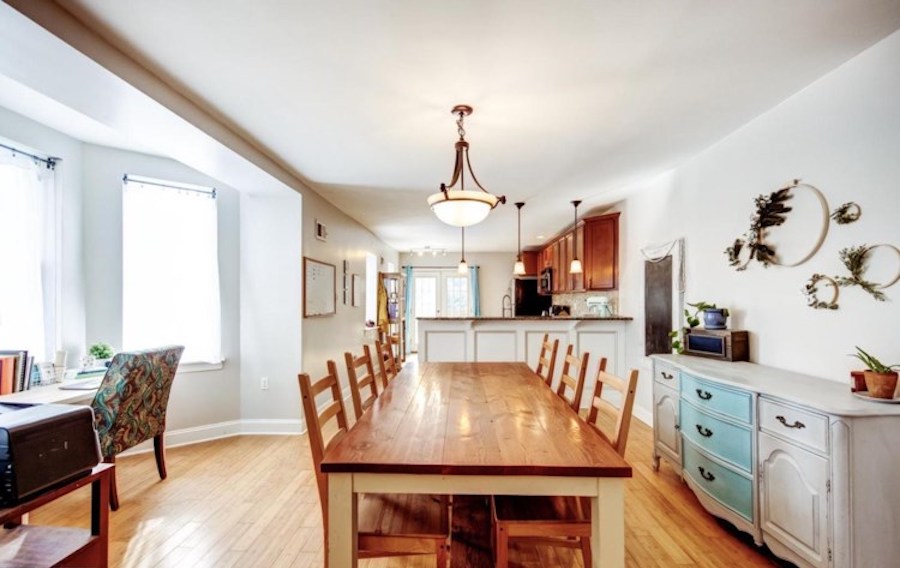 But instead of rooms, the main floor is a single open-plan space, which makes entertaining easy but is definitely un-historic. 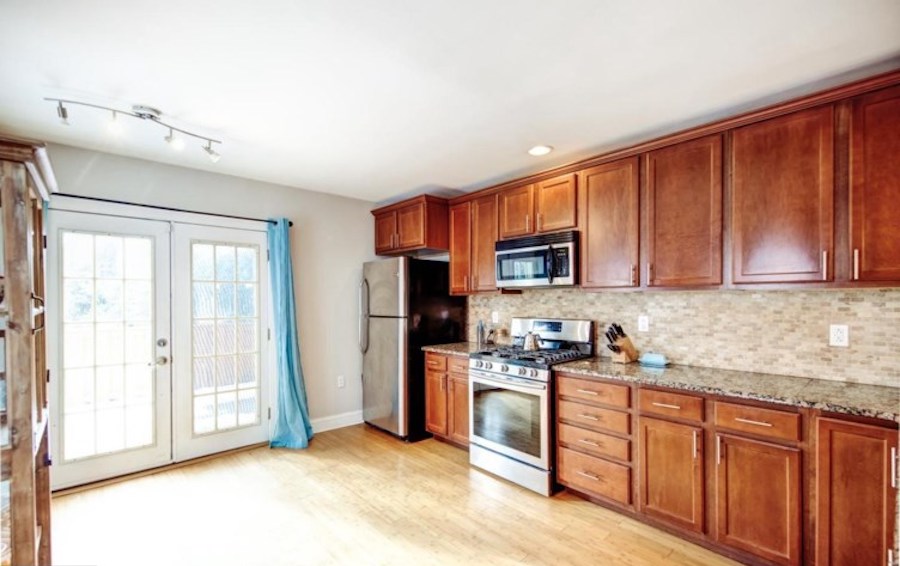 But do you really care about that? Especially when this house has such nice features, like its kitchen, with its traditional cabinetry, stainless-steel appliances, granite countertops and under-counter lighting.

Upstairs, the look is more frankly modern, save for the large windows. Each of the two upper floors contains a primary suite in the front and a second bedroom in the back. 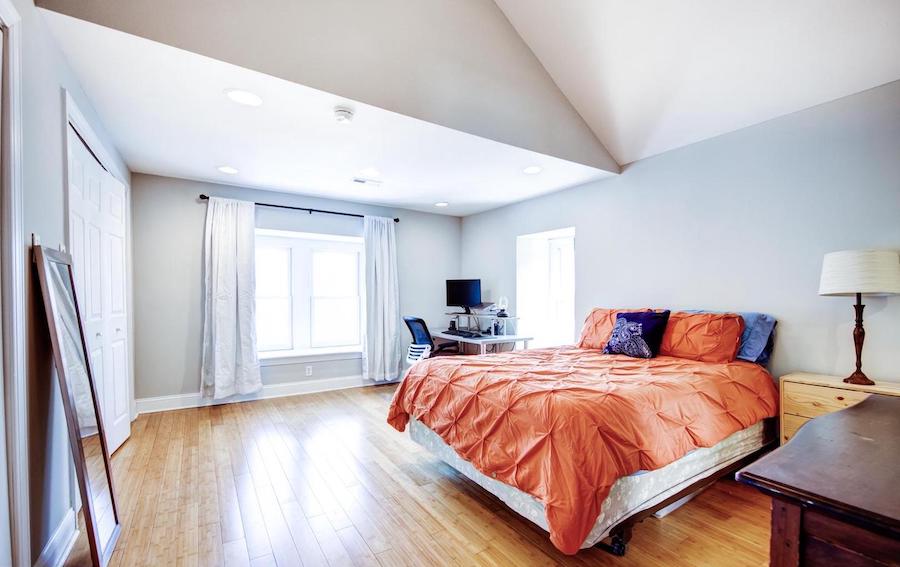 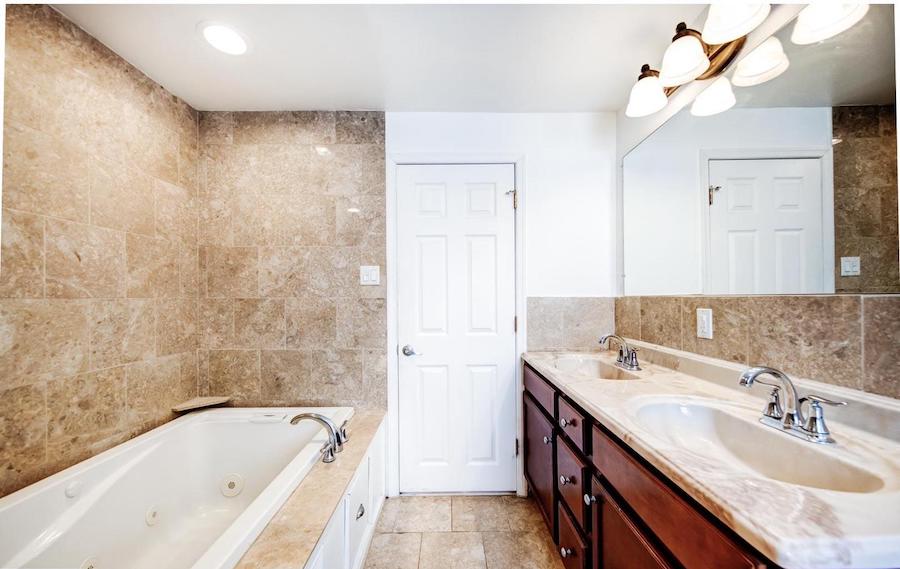 … as well as its bathroom, which features a jetted tub, dual vanities, stall shower and marble tile.

On the second floor, in between the two bedrooms, an open space with a modern fireplace serves as a family room or den. Its bay windows makes a great reading spot. 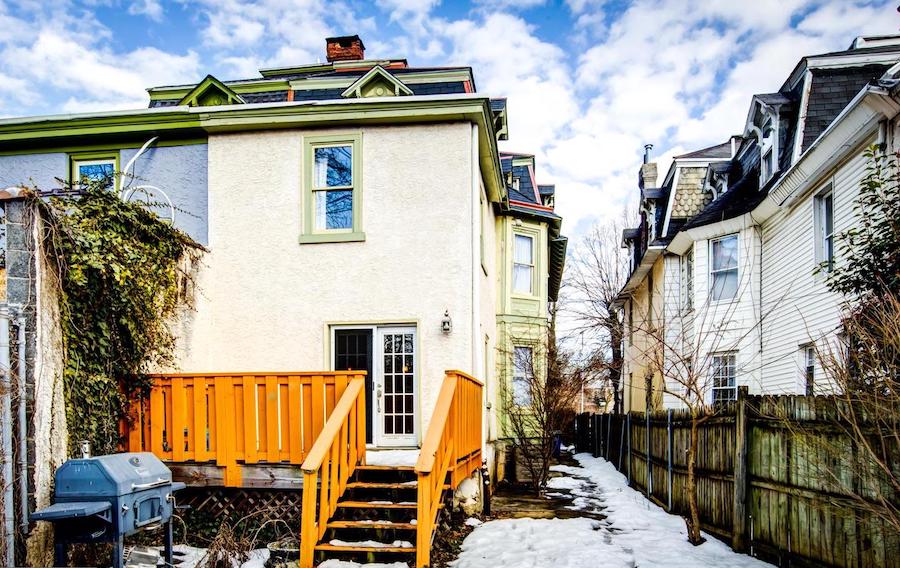 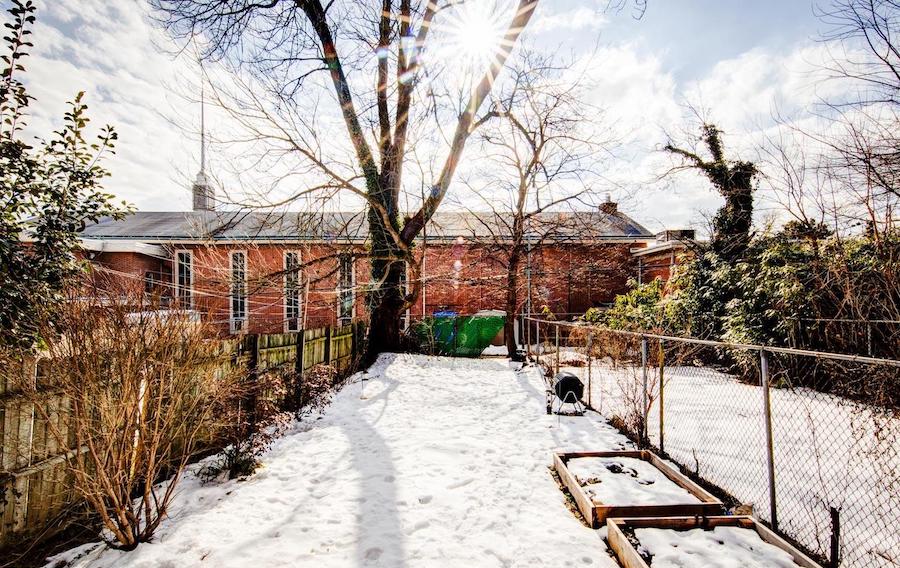 And in back, past the French doors from the kitchen, a roomy deck and deep backyard offer plenty of outdoor space.

Cliveden isn’t your only historic neighbor, either. Just up the block on your side of the street is Upsala, the house-museum-turned-private-residence where Washington’s troops mustered for the big fight, and across from it is the historic Michael Billmeyer House, in front of which Washington commanded his fighting men. In the block to your south is the Johnston House, a major stop on the Underground Railroad, and a little south of that lies Wyck, the farmstead and rose garden that nine generations of Wistars and Haineses called home.

About three-quarters of a mile north of here, the Mt. Airy business district offers you great dining and entertainment choices, and about three-quarters of a mile to your south, you will find some really cool coffee shops, a great bookstore, an art gallery and more historic sites in Germantown. And besides having a front-row seat for the fall re-enactment of the Battle of Germantown, you will also find yourself right in the middle of a number of community events and festivals throughout the year, including Mt. Airy Day and the annual Juneteenth street festival.