‘We Bought Our House Without Ever Seeing It’

While real estate sales went underground, some buyers eager to move bought houses without ever setting foot in them. Some agents say that the techniques they used to sell those houses will also work now that in-person tours can resume. 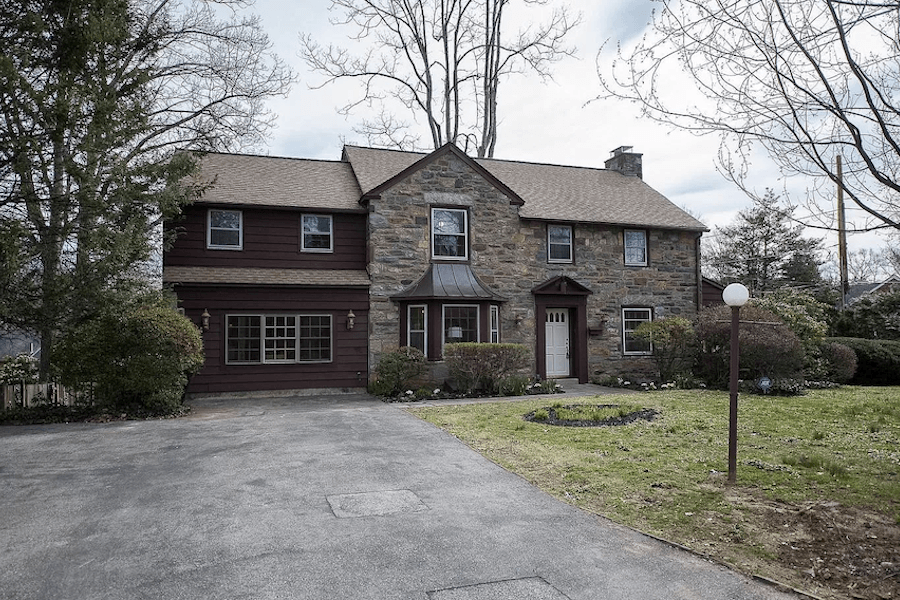 As of May 2oth, buying and selling real estate is now a “life-sustaining business” in Pennsylvania.

That means that real estate agents can once again schedule in-person house showings and close sales in their offices. Open house tours, however, are still prohibited.

The Pennsylvania Association of Realtors lobbied Gov. Tom Wolf and the Pennsylvania General Assembly hard for this shift. Their argument: Even with stay-at-home orders, people still need to move, and they will need to sell their current residences, buy their next ones, or both.

As evidence of the correctness of the PAR’s argument, consider the experiences of agents and buyers who went house-hunting while it wasn’t officially permitted. Many of these buyers went from lookers to owners without once setting foot in the house they bought.

The reasons these buyers went ahead with their house hunts vary, but all of them had a sense of urgency about them. None more so than Khaddy Moore, the 36-year-0ld executive chef at a pop-up dinner firm in San Diego.

Moore’s mother, who lives in Dayton, Ohio, developed a chronic medical condition that required her to live with someone who could look after her. Her family settled on New Jersey, where an aunt worked in a meatpacking plant in Pennsville.

“We ended up selling Mom’s house in Dayton and went looking for a house to move her, my aunt and my grandmother into,” she says. “We had a tight deadline because my aunt was living in a tight apartment in Pennsville. And she was adamant about finding a house in Pennsville or Penns Grove.”

Moore coordinated the search remotely from California, working with a local agent a friend in the business referred her to, Kelly Cunningham of BHHS Fox & Roach Realtors.

“She guided us through every step of the process,” she says. As Moore and her partner searched for area homes online, Cunningham sent recommendations of her own. They ultimately settled on a three-bedroom ranch house Cunningham found for them on Morningside Drive in Pennsville.

Working against an April 27th deadline, Moore had to handle everything virtually. “The seller didn’t even have a virtual tour — just a slideshow of pictures,” says Cunningham. The closest they got to seeing the property was a drive-by by Moore’s aunt. After the seller had sent photos to show that the house had been cleared out, they made an offer that was accepted.

“The real challenge was that because of the pandemic, a lot of the places we needed to deal with were closed,” Moore says about finalizing the sale. “Once we found the house, we then had to wait for the title office to be open, then we had to wait for the bank.”

They were able to get all the necessary approvals and documents to close the sale, which also occurred remotely. She received the virtual paperwork for signing and notarization while they were in Texas visiting her partner’s family. Moore had to sign on behalf of her relatives, and she wired the closing costs to New Jersey.

Moore says that the key to making the sale work was having an agent they could trust. “I was lucky because I had a friend in California who knew the business and because Kelly knew a reliable inspector.” The inspection took place after the agreement of sale had been signed.

Even though she got lucky, Moore says that in the future, she would still prefer to be able to inspect houses in person.

So would most buyers. And the listing activity since real estate moved into the “life-sustaining” column suggests most sellers would rather have buyers be able to inspect houses personally as well.

Asked whether some sellers might still be wary of letting strangers tromp through their houses now, Maria Doyle of BHHS Fox & Roach Realtors says, “Some older people might still object, but many buyers were frustrated at not being able to see houses, and many sellers were frustrated that they couldn’t stage live showings. I’d tell [buyers] we were getting a lot of interest in houses on the market, but some buyers were reluctant to pull the trigger because they couldn’t see the house in person.” 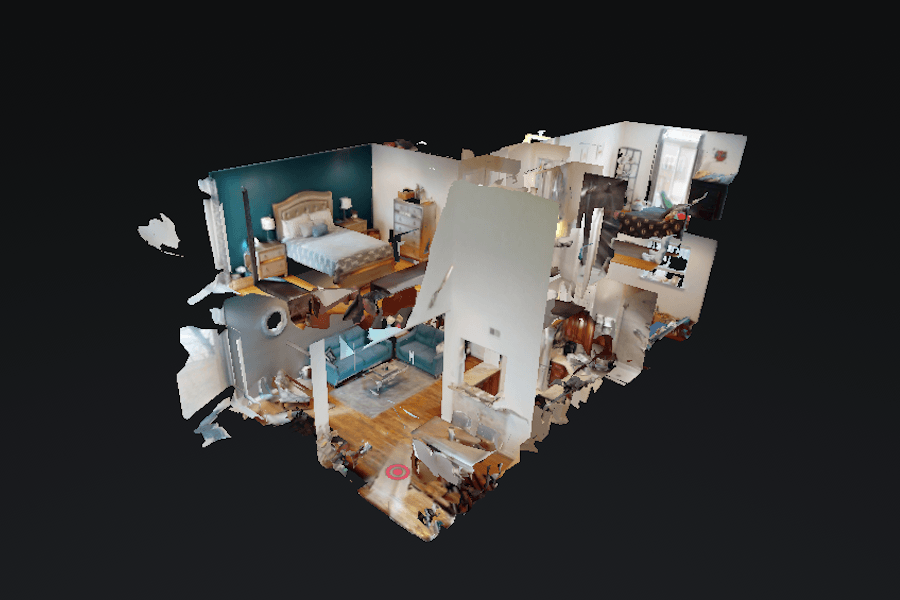 Ryan Kanofsky, team lead of The Kanofsky Group at Keller Williams Philly, says he saw the dam of pent-up supply burst right after restrictions on real estate sales were lifted. “I check my hot sheet” — new and pending listings posted to the Bright MLS database — “multiple times a day,” he says. For the past few weeks, he saw only two or three new listings each day, most of them posted as “coming soon.” On Tuesday and Wednesday, he says, “I saw 10 or 20” each day.

And, he adds, the pent-up demand also flowed. “There was a new listing in Passyunk Square on Tuesday, and I had the first showing for it at 9:30 a.m.,” he says. “By 2 p.m., the agent said she had multiple offers and would be going over them tomorrow.”

Those now shopping for houses will still have to deal with some minor restrictions: No more than two people may accompany an agent on a house tour, and all parties must wear masks. Doyle is preparing kits for her touring visitors that include booties.

Open houses for now will remain virtual affairs. Kanofsky says that the virtual open houses actually can work better than the real ones. “I did two virtual open houses where I walked the participants through my Matterport [3-D tour], showing them how to use the tools to measure dimensions and things like that. I was able to give them perspective they would not have gotten by just walking through the open house on their own.”

Robin Gordon of BHHS Fox & Roach is also a believer in the virtues of virtual tours. “I put a lot of houses under contract through virtual tours,” she says. During the restriction period, she held as many as 12 virtual open houses each weekend. Hers were narrated on-site tours featuring conversations with the owners of the houses, and participants could submit questions to the owners via a chat room.

We can expect to see virtual open houses continue to play an increased role in selling properties going forward. Kanofsky says that 3-D tour technology will also come to the fore. “I think Matterport virtual tours were seen as a novelty, but I think going forward, they’re going to be the standard,” he says. “And I think it’s going to become part of the protocol to have serious buyers only come through the door.”

But even if the in-person open house goes the way of the MLS binder, those serious buyers will still want to actually see houses in person before they buy them if at all possible. If it’s not, home buyers Karen Schloeman and Mike Field have some advice for the all-virtual house-hunter.

Schloeman and Field bought a 1950s stone Colonial in Merion Station sight unseen last month. The couple owned a Northern Liberties house that they had kept as an investment while Mike traveled the globe advising developing countries on strategies for growing their economies, but when they decided to move back to Philadelphia from Northern Virginia in March, they sold the house and went looking for a new one.

“We had bought a house in Croatia remotely while we were living in Liberia,” Schloeman says, “but we had never done it in the United States.”

The couple hired Kanofsky as their agent and guide for the search, which they say went very smoothly because they were already comfortable with conducting arm’s-length searches.

For those who still have to conduct such searches now, Field says, “doing the online research is quite important. Checking out the market values in an area, checking out the housing styles, things like that will be important when you actually go out looking.”

And a knowledgeable agent in the area where you’re looking is a must, he adds. Karen notes that the agent can help you wade through the agent-speak to get to the nitty-gritty about what a house contains and how it functions: “There are things in listing language that are expressed cryptically, and the photography makes everything look bigger,” she says.

She agrees with Kanofsky that 3-D virtual tours can be as valuable as in-person ones for getting a feel for a house’s layout and use of space. “But the virtual tours that are just a succession of moving pictures aren’t helpful. In fact, they’re less useful than just the pictures.”

While it’s clear that the virtual tools agents and buyers used to land the homes they wanted won’t replace personal contact and physical presence, buyers can at least be assured that should they not be able to see inside a house they want going forward, their agent will be able to get them all the way home.