Co-Living Comes to The Civic

In order to get up and running in Philly sooner, Common Living took a page from its own playbook: It partnered with MM Partners to “co-live” in its new Civic apartment building. 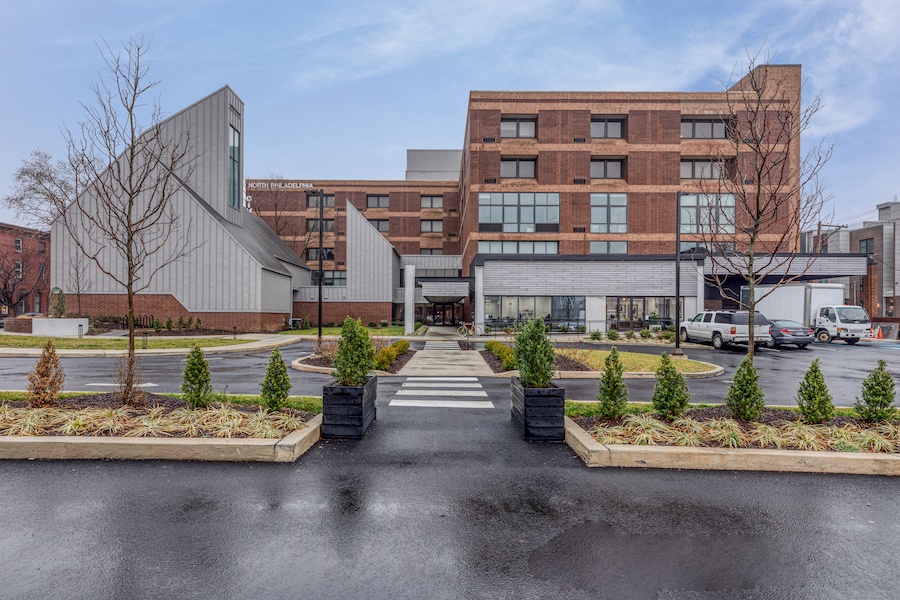 When last we addressed the subject, two rapidly expanding companies had announced plans to bring “dorm life for adults” — a 21st-century version of the rooming house known as “co-living” — to Philadelphia for the first time. Both companies had plans to build snazzy new facilities in neighborhoods popular with Millennials.

Quarters, a unit of Berlin-based Quarters Group, was about to break ground on its new residence on North American Street in Northern Liberties. Meanwhile, New York-based Common Living was advancing towards its own groundbreaking on a new facility on Frankford Avenue in Fishtown.

Now, a little more than a year after that article ran, co-living is a reality in Philadelphia at last. But not in Fishtown. Nor in Northern Liberties. The Quarters project, which got underway last spring, is currently on hold along with most other new construction projects in the city. And while work has also been halted on its Fishtown building, Common decided to get settled in faster by joining forces with the developer of a new apartment building that opened late last year in Francisville. 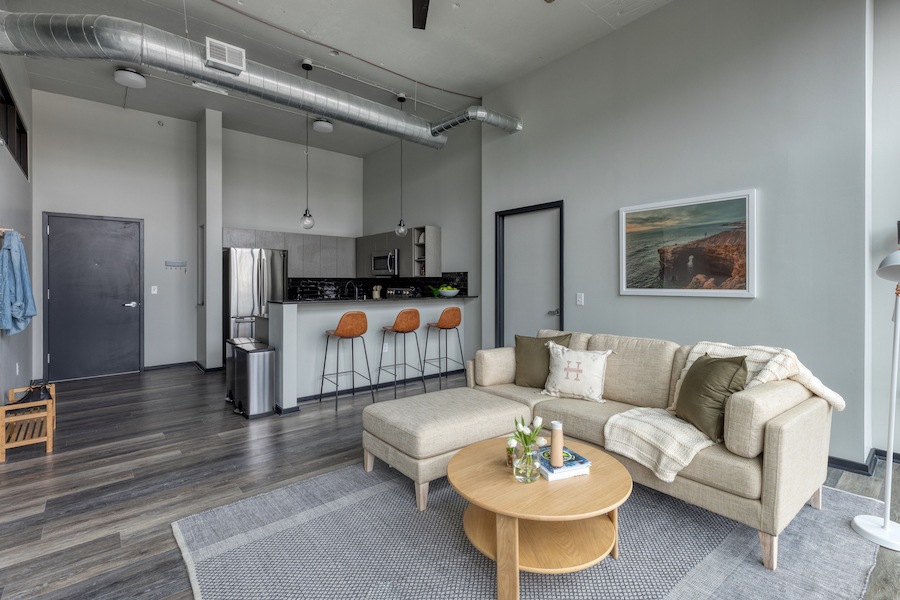 All but four of Common’s 28 co-living units are arranged in three-bedroom suites, furnished much like this one.

Unlike the typical co-living apartment arrangement, the units all have their own kitchens and living rooms. The eight three-bedroom apartments account for 24 of Common Civic’s 28 beds, with the studios furnishing the remainder. 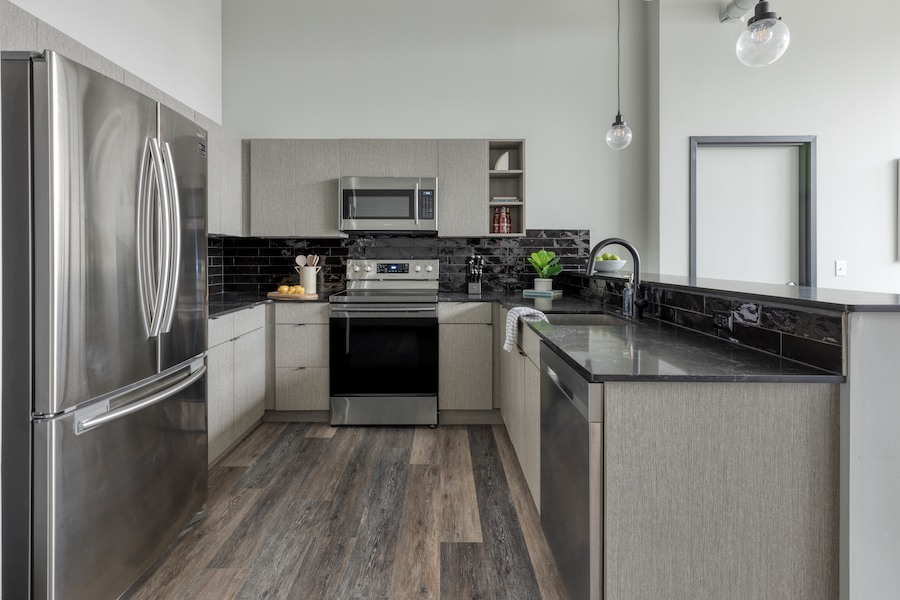 Like the regular apartments, the Common apartments have up-to-date kitchens with a full complement of appliances. 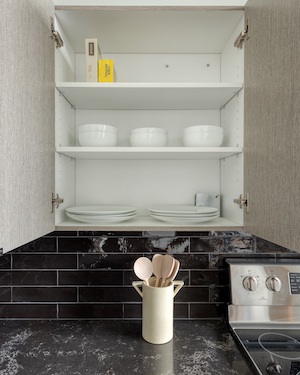 So what makes a Common Civic unit different from a standard apartment?

It comes with furniture, basic housewares and linens, utilities and cleaning included.

“All the furniture is included in the bedrooms, the common areas and the kitchens,” says Caesar Nguyen, senior director of real estate for Common’s East Coast operations. “In addition, utilities and Wi-Fi are included in the rent as well as weekly cleaning and all the household and cleaning supplies like paper towels, toilet paper, cleaners and detergent.

“Essentially, all the renters have to bring are their clothes.”

Renters also have access to all of the Civic’s community amenities, including the game room, TV lounge, golf simulator and roof deck. Common’s membership model lets them move among facilities in seven U.S. cities whenever they need or want to, and they can lease units for terms as short as three months.

In addition, Common brought an amenity for Civic residents to the table: all of them, whether Common members or not, have access to the Connect by Common app, which allows members to organize, plan and schedule events and activities with one another or in groups.

And all of this comes at significant savings over renting a conventional apartment. A studio apartment in an amenity-filled building like the Civic will run anywhere from $1,000 to $1,800 per month, and even higher, and that’s not including the utilities or the cost of furniture and basic supplies. A bedroom in a Common shared apartment can be had for as little as $850 per month at present. (Apartments are available for move-in now, and virtual tours can be arranged.)

It turns out that plans for Common Civic had actually advanced to the point of execution when Common Living announced the Common Frankford project back in early 2019. Those plans got launched with a chance meeting a while before that. 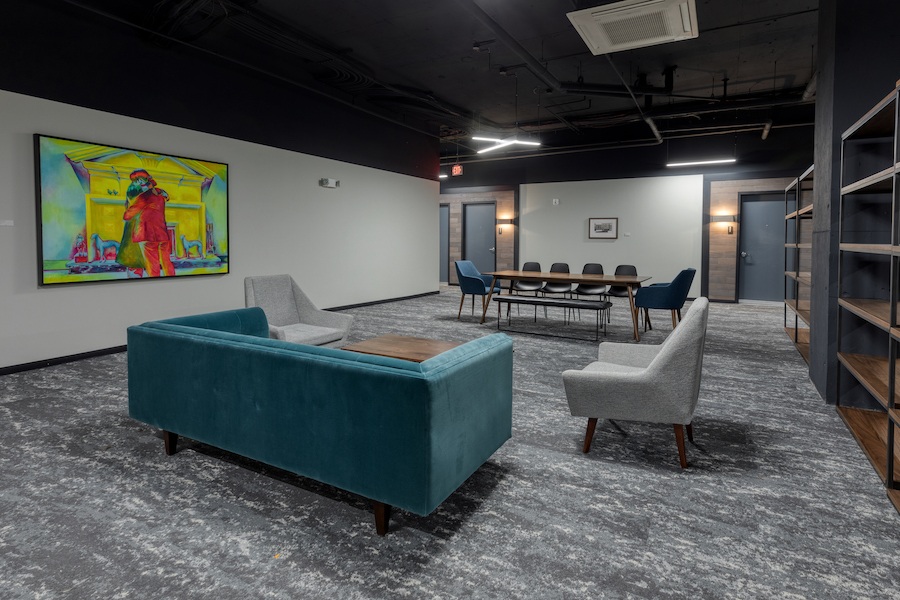 Though residents are currently discouraged from using them, all Civic tenants, including Common members, have access to community amenities. These include large lounges on several floors.

“We met with David Waxman, the founder of MM Partners, a long time ago,” says Nguyen.  “He knew about co-living and he had heard of Common.”

What happened was: An MM Partners staff member knew Common co-founder Brad Hargreaves and reached out to him to pitch him on the city and Waxman’s company a few years before.

“We then met them in person and showed them some stuff we were working on, and The Civic was intriguing to them,” says Waxman.

“We share the same vision, and we would be bringing an affordable housing solution to the neighborhood,” Nguyen said in an interview shortly after Common Civic opened. “So we agreed to partner with them, but we did not announce it formally until now, because we wanted to honor our non-disclosure agreement with MM Partners.” 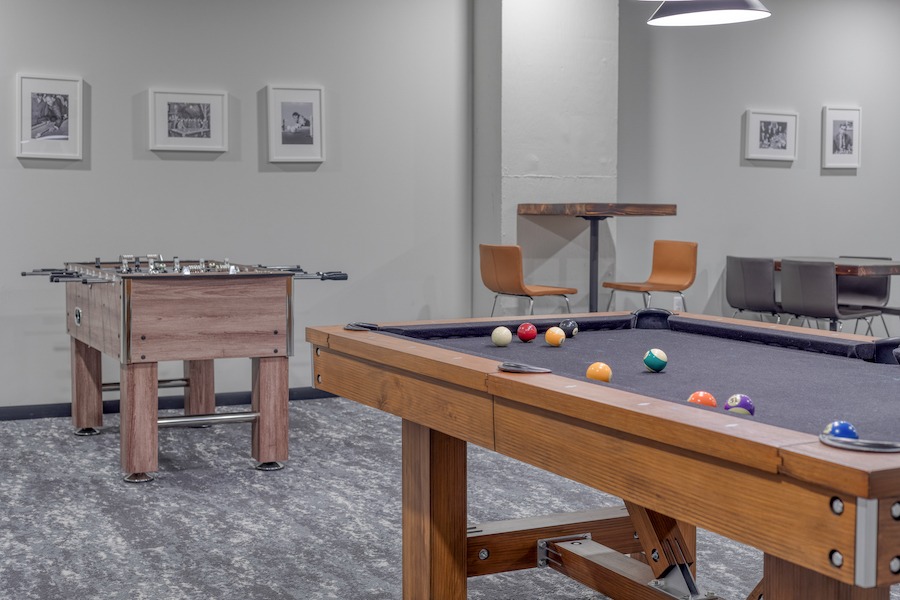 Waxman saw an opportunity for MM Partners as well in Common’s business model. “Their business is intriguing to us because it serves a need in the market,” he says. “They’re certainly the leader in the co-living space; they really understand it. And I think that as landlords now, you have to be able to deliver different product types to different users.

“So that’s why you see people doing shorter-term stays, medium-term, furnished and normal 12-month leases. This is another thing we’ll be able to offer tenants who literally want to bring their toothbrush and clothes and have everything else taken care of.”

From the tenant’s perspective, Waxman says, it couldn’t get simpler: “You just pay one bill and Common takes care of everything else on the backside.” 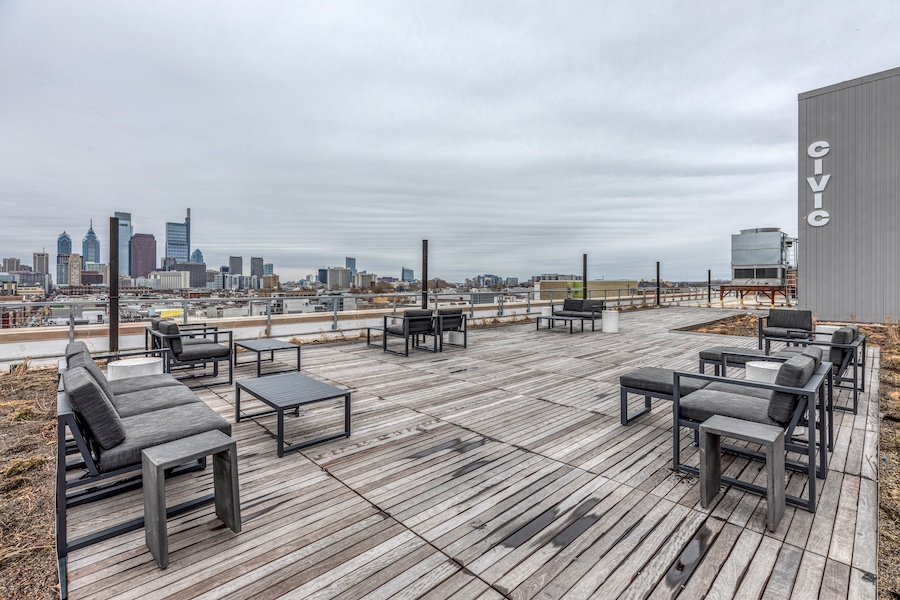 For those looking for a place to stay for now, the Common model also makes sense. Since every Common member has their own bedroom, and the living rooms are spacious, they can maintain social distancing while carrying on with their lives. And in between the regular cleanings, roommates can make sure the dishes, cookware and fixtures they use stay clean and sanitary — a task made easier by the dishwashers in the kitchens.

And during the current crisis, some of the available amenities and activities at Common Civic have been mothballed or modified. The shared community facilities are off-limits, for instance, and both the Common-organized events and the ones residents can plan using Connect by Common have gone virtual. In addition, the regular cleanings take place more often, cleaners wear gloves and use CDC-approved household cleaners, and basic household supplies like toilet paper, dish soap, toilet tissue and hand soap are being replenished more often so residents don’t have to worry about running out. 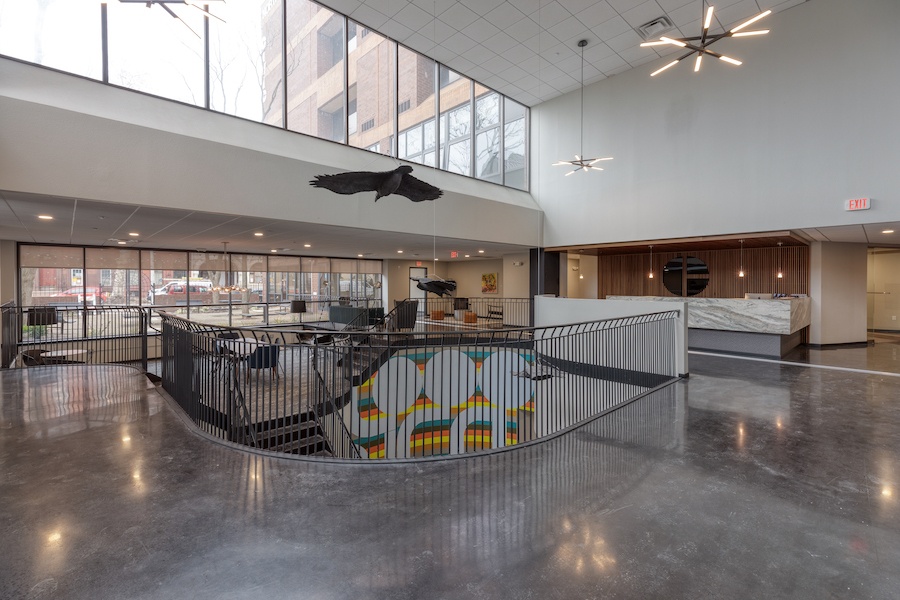 There are smaller lounges, study spaces, and gathering places beneath the lobby on the lower level. One other unusual amenity residents here can use: A golf simulator.

In addition, Common is donating a portion of its local community budget to COVID-19 relief organizations in Philadelphia and will match donations made by members for coronavirus relief.

On top of this, Common has also extended a hand to college students who find themselves stranded after being sent home or who may want to get back out from under their parents: Through July 1st, students can rent Common apartments for shorter lease terms and will receive a $500 gift card for household items when they become members.

Common staff will be glad to arrange virtual tours and handle all the details of leasing online. To get started, fill out the contact information on the Common Civic website.