Every once in a while, the opportunity to live in I.M. Pei's other Society Hill landmark comes along. This is one of those opportunities. 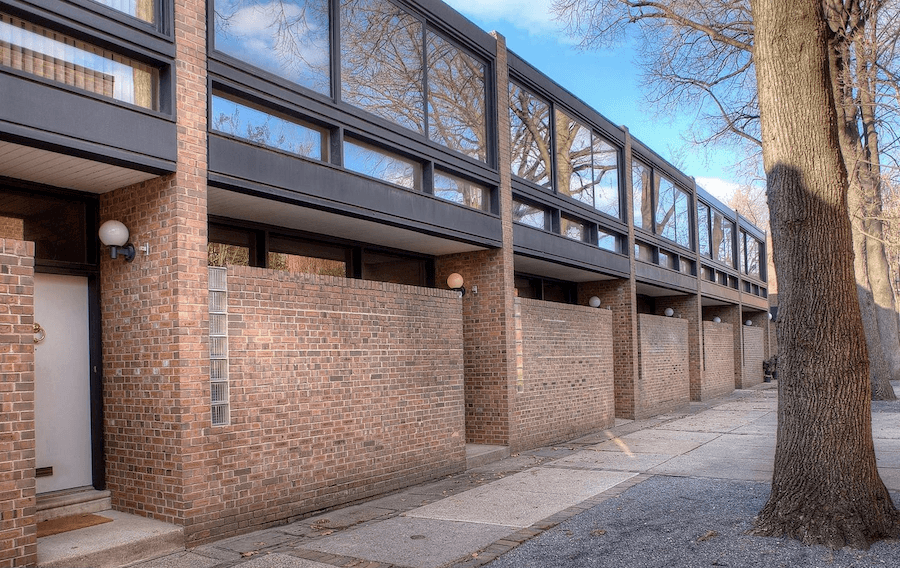 The Society Hill urban renewal project in the mid-1960s made national headlines for its surgical, preservation-minded approach to remaking a rundown city neighborhood. In contrast to the wholesale leveling that took place in other cities, this project removed only the most seriously deteriorated structures and interspersed new residences among the historic older ones. This approach landed its architect, city planner Edmund Bacon, on the cover of Time in 1966, the only time a city planner ever appeared there.

There was, however, one bit of wholesale bulldozing in the project. The old Dock Street wholesale food market got razed and relocated to South Philadelphia, creating a blank canvas on which another architect created one of his first signature works. That architect was Ieoh Ming Pei (1917-2019), and the signature work was Society Hill Towers (1964), the three concrete-and-glass exclamation points that tower over low-rise Society Hill. 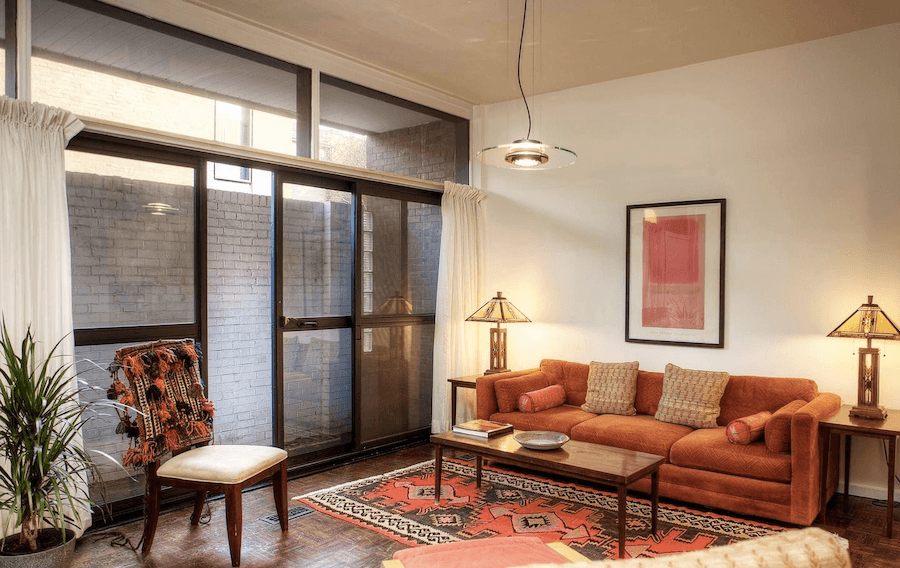 It remains virtually unaltered from its original 1967 appearance — a simple yet elegant modern box with large windows that admit light into all its rooms. 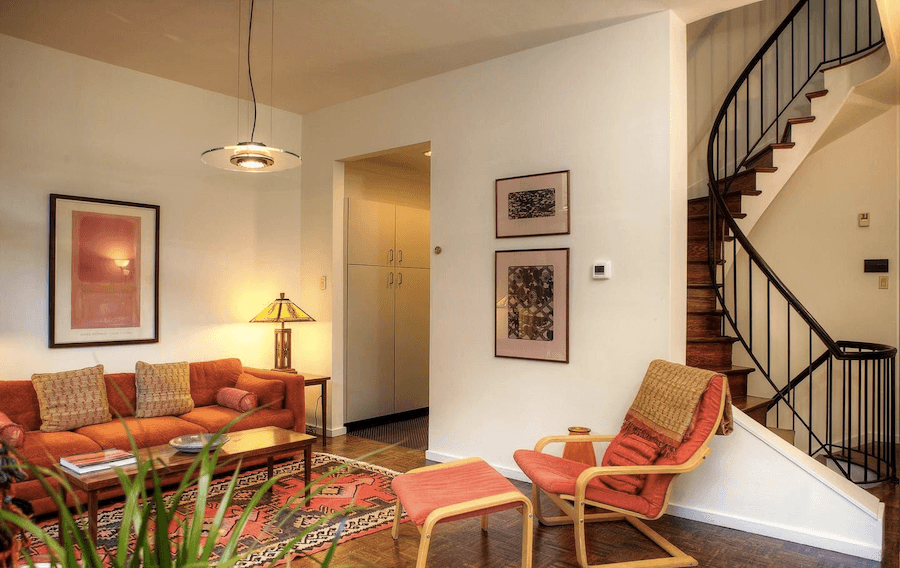 Its main floor contains four spaces: the foyer and adjacent staircase, the living room, the dining room and a large galley kitchen in between the two. The curved staircase connecting all three floors is Pei’s signature design element and adds a bit of drama to the living room. 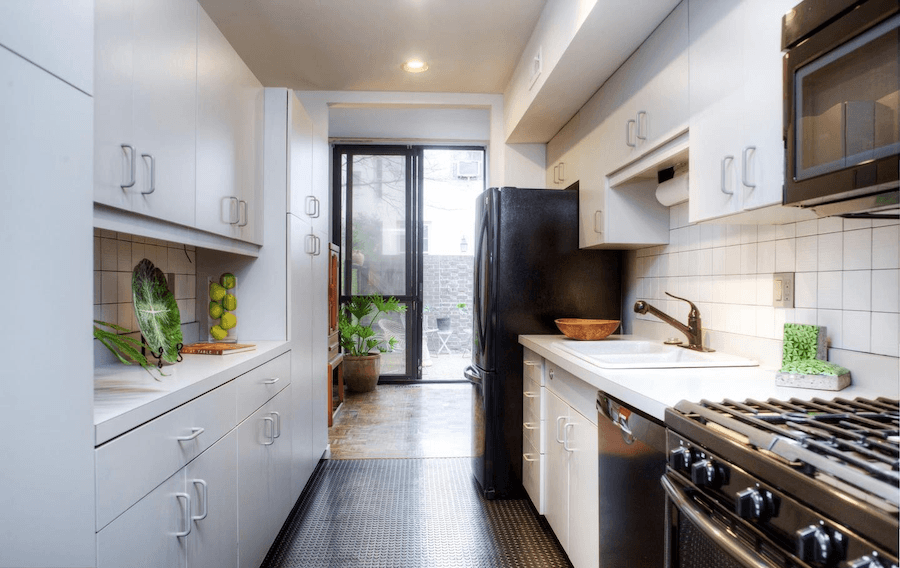 The kitchen has been updated with white cabinetry and up-to-date appliances. 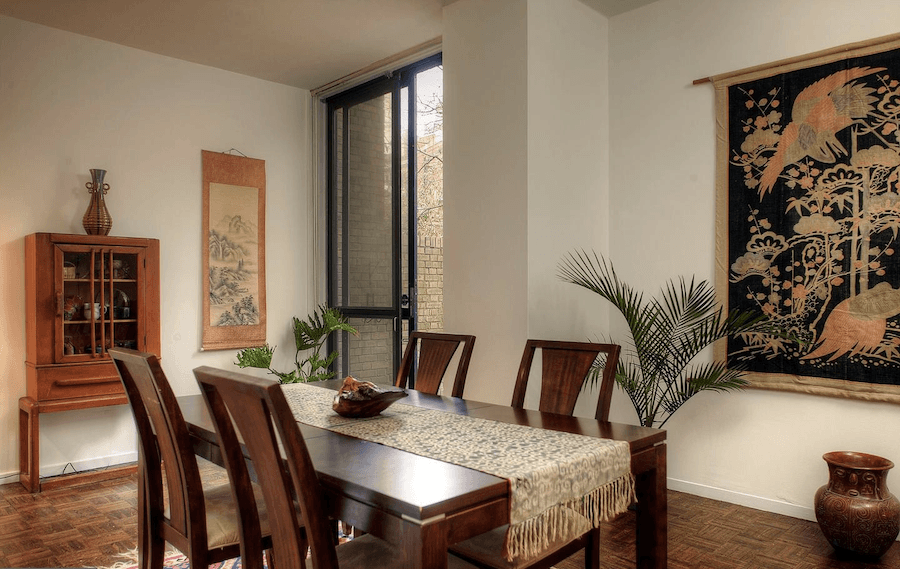 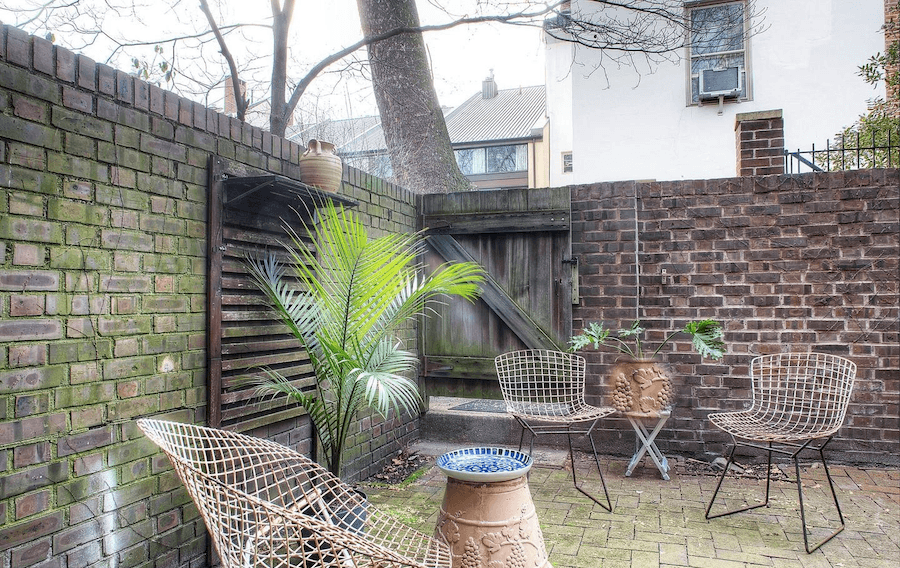 Large sliding doors open from the living room onto a small walled patio out front.  Similar doors in the dining room open onto a larger rear patio where outdoor living and entertaining can take place. 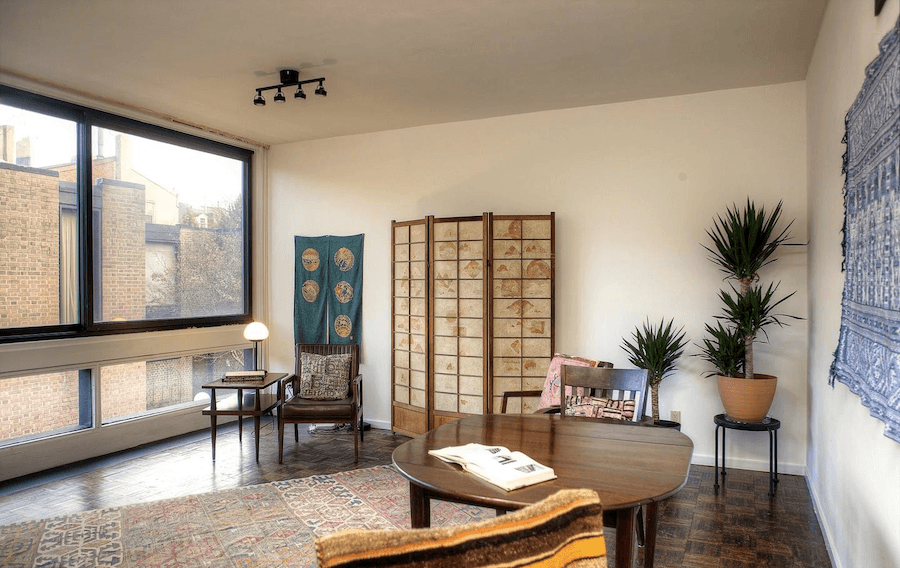 The upper floor contains a study, a hall bath and a large master bedroom with an en-suite bathroom. The study could also be used as a spare bedroom.

The car-free courtyards make Bingham Court an even more tranquil place in an already-tranquil neighborhood. But you won’t have to walk far to find entertainment, shopping and nightlife. Michael Solomonov’s celebrated Israeli restaurant, Zahav, sits in the Society Hill towers shopping plaza next to Bingham Court; below the shopping center sits the Ritz theaters and Positano Coast. Old City’s lively dining district lies just to the north of those, and Head House Square is a mere two blocks to your south, with South Street just beyond that.

OTHER STUFF: This Society Hill Bingham Court house for sale comes with a deeded parking space in an outdoor lot.