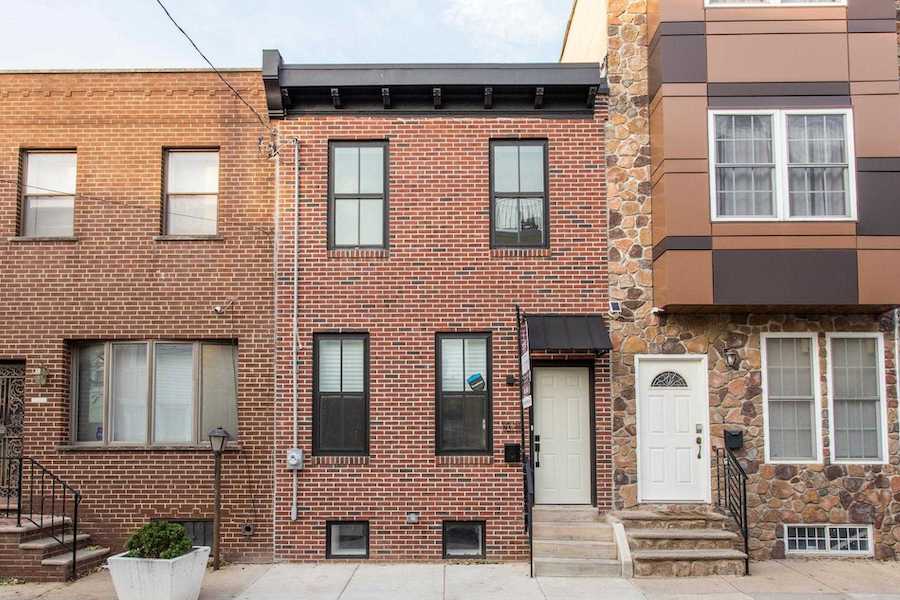 If you asked me what would define a “progressive conservative,” I’d respond with this sentence:

A progressive conservative acts to make room for the future by respecting what’s worked in the past while being willing to accommodate change.

That change, however, should also respect what’s worked in the past.

This handsome renovated house for sale in Point Breeze is a good example of “progressive conservative” design.

The respect for the past shows on its facade, which simply updates its traditional turn-of-the-20th-century appearance.

It also shows in how 191 & Company renovated its interior. 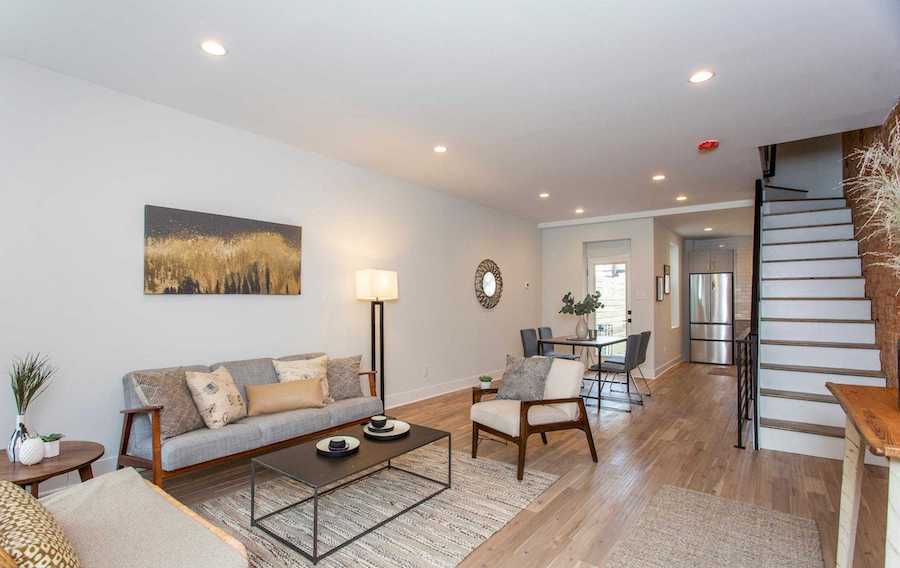 This is one of those houses that have strong bones. The renovation used one of those bones — its brick party wall — to add character to a simple modernist design. 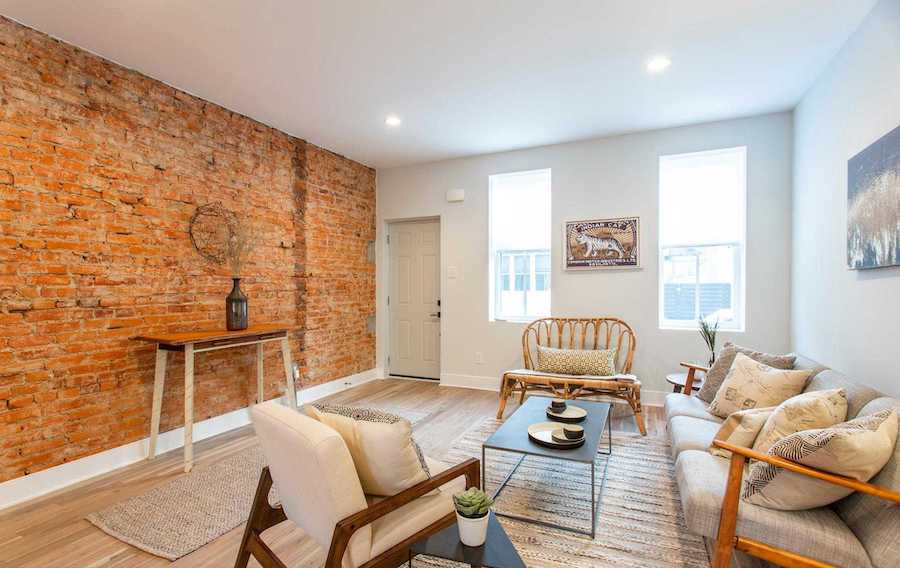 And in updating its kitchen and bathrooms, 191 also chose modern fixtures and cabinetry that complement rather than contrast with the house’s straightforward style. 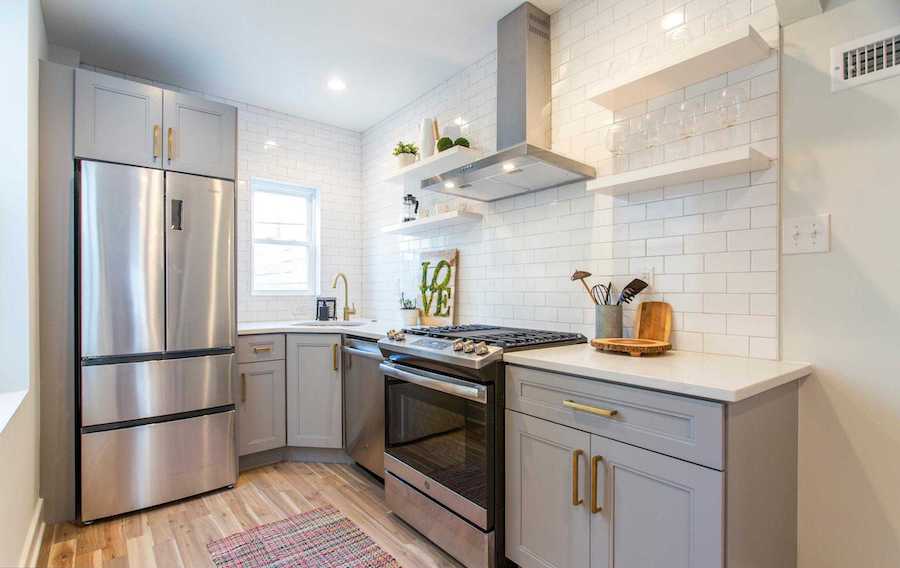 Take the Shaker cabinetry and subway tile walls in the kitchen, for instance. Both draw on simple designs dating back more than a century, yet combined with the shelving and sleek appliances, they appear fresh and new. 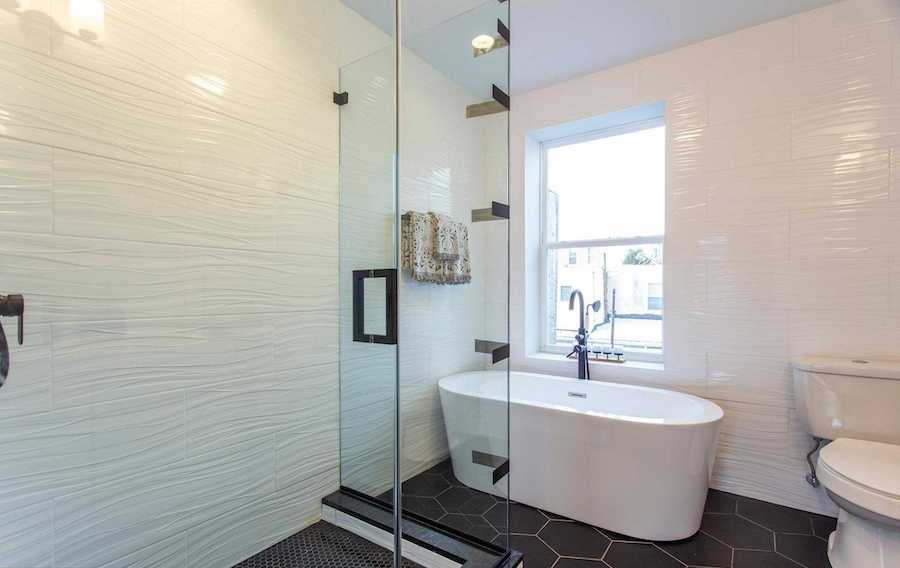 The full bathroom likewise combines sleek modern lines and elements of the past.

That bathroom, by the way, is part of a very intelligently designed second floor. Beyond it at the back lies a smaller bedroom that could also serve as a den. 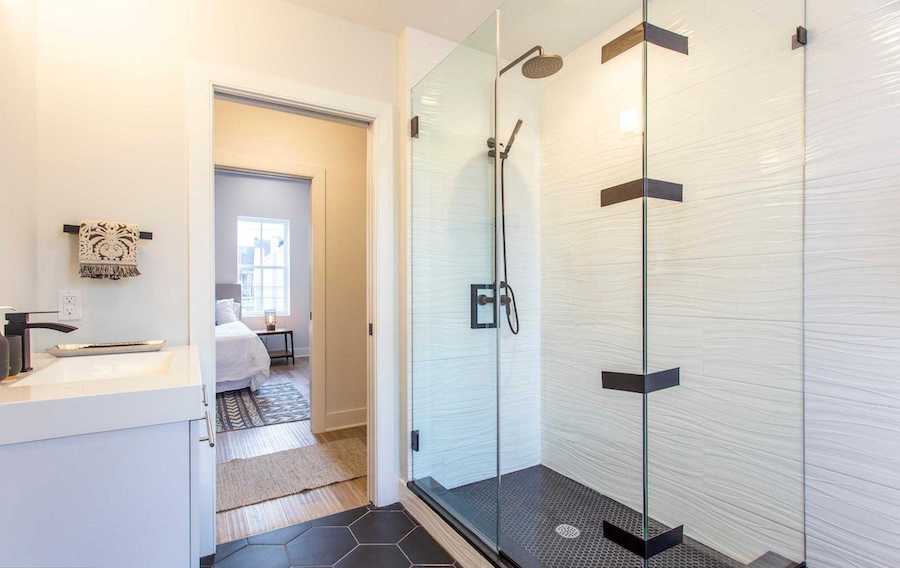 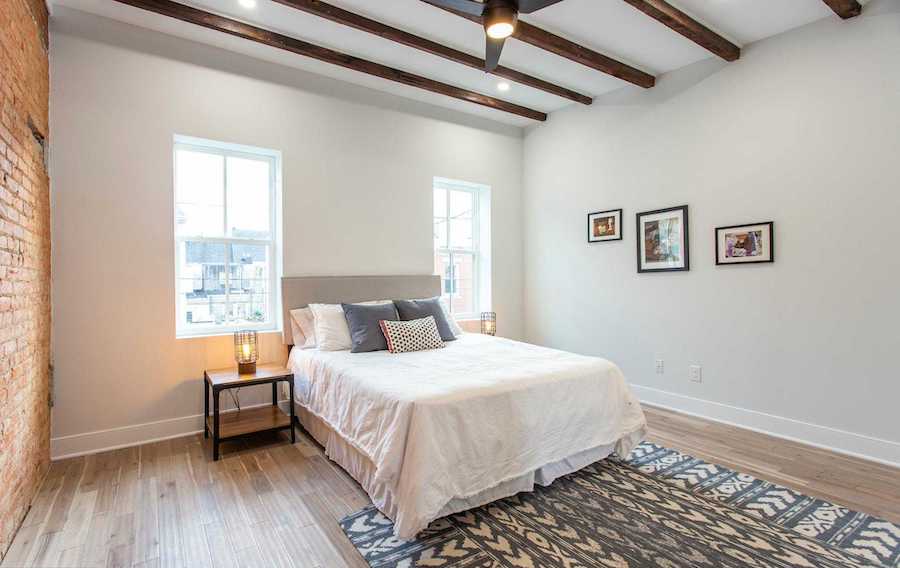 In addition to a hall entrance, it connects through a walk-in closet to the spacious master bedroom. Exposed ceiling beams also show off this house’s strong bones. 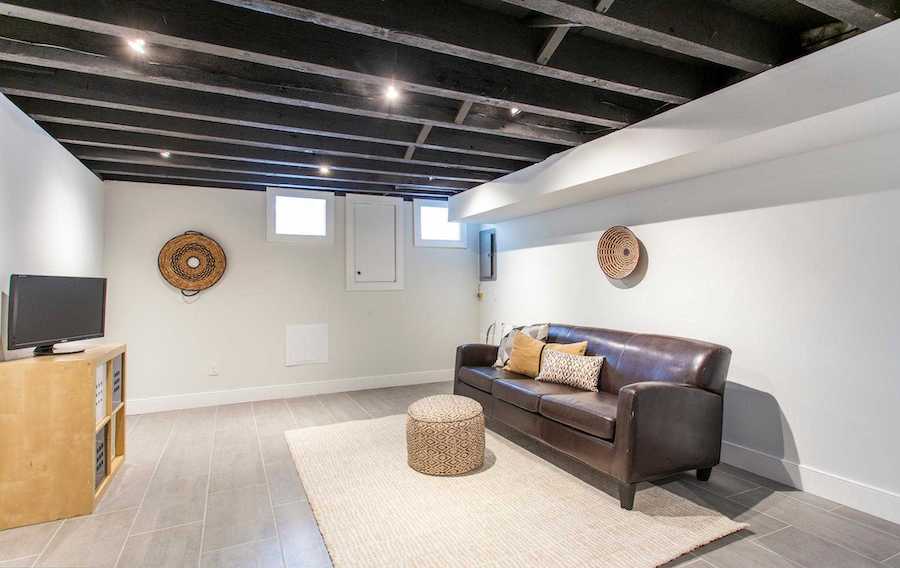 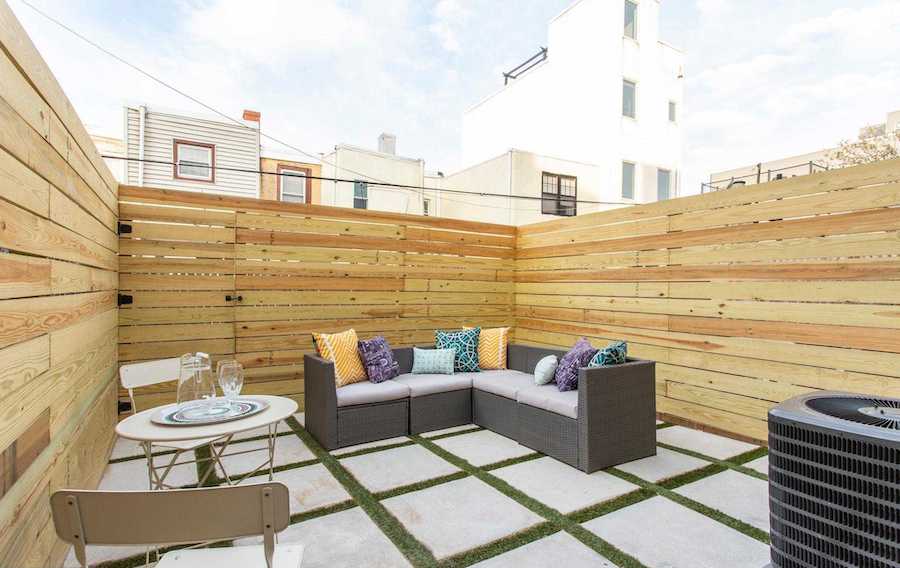 And in back you’ll find an attractive patio with a modern wood fence.

While this house has nearly century-old bones, its systems are thoroughly modern, including energy-efficient climate control and LED lighting.

Something else this handsome house for sale has is a convenient location. The American Sardine Bar is around the corner, the OCF Coffee House and On Point Bistro sit two blocks away at the head of Point Breeze Avenue, and Chew Playground lies two blocks to the north. Nearby SEPTA bus routes will take you to places beyond Point Breeze; so will the Broad Street Subway — Ellsworth-Federal station is five blocks away.