On the Market: Cottages in the Woods in Hatboro

Love to play with fire and smoke? This year-round retreat, a fine example of The Good Life, midcentury style, has you covered indoors and out. 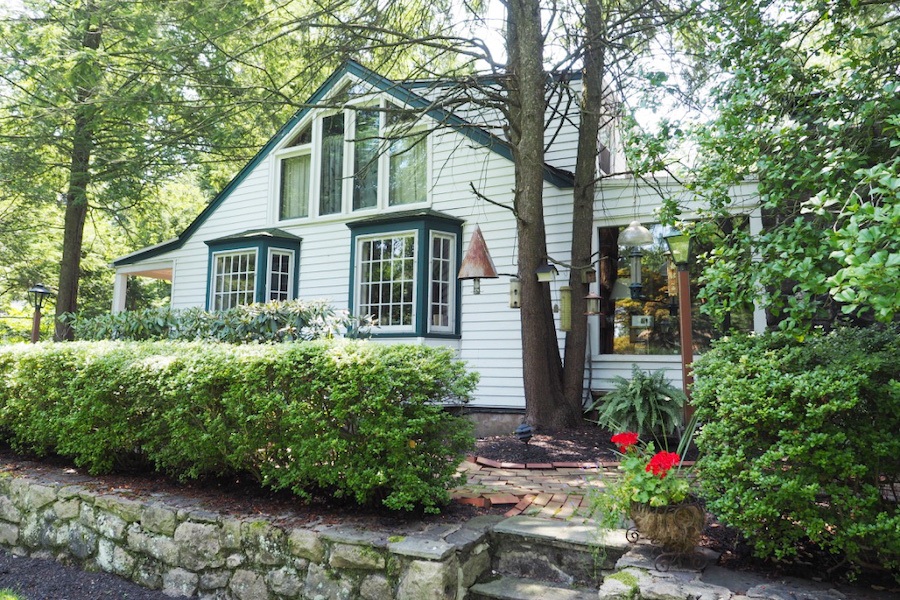 Presented for your consideration: this house for sale in Hatboro that is at once modest and grand.

Modest because it’s not one of those sprawling ranchers or mass-customized McMansions that builders today hold up as models of The Good Life.

Grand because everything you find behind this house, as well as everything in it, offers you a beautifully preserved and truly unique vision of The Good Life as midcentury America pursued it.

The story of this year-round retreat in the woods begins with a realtor-developer and volunteer firefighter named Garbutt W. “Mike” Aiman (1921-2014).

The lifelong Hatboro resident was beloved and respected within his community, and his Colonial Realty Co. developed several subdivisions in Montgomery and Bucks counties. 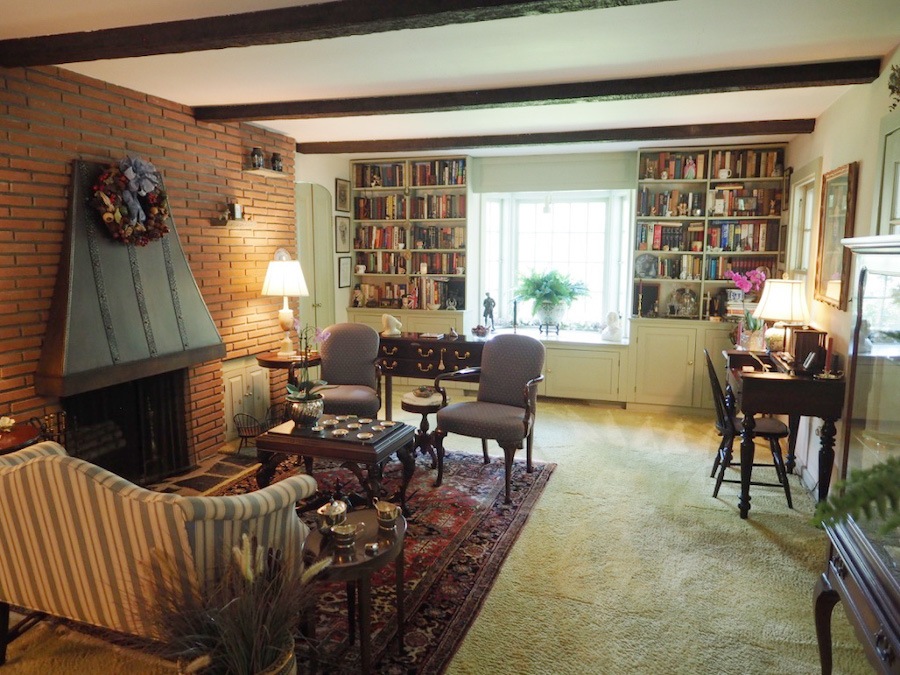 One of the “subdivisions” he put together was his own private retreat on a block that was developed right after World War II.

“What he did was buy up the house lots around this one and cut their backyards down to the minimum,” says Dave Cooper, who owns this property and an adjoining lot on Windover Road with his wife Cindy, Mike’s daughter. “Then he put the backyards together to create this big retreat.” 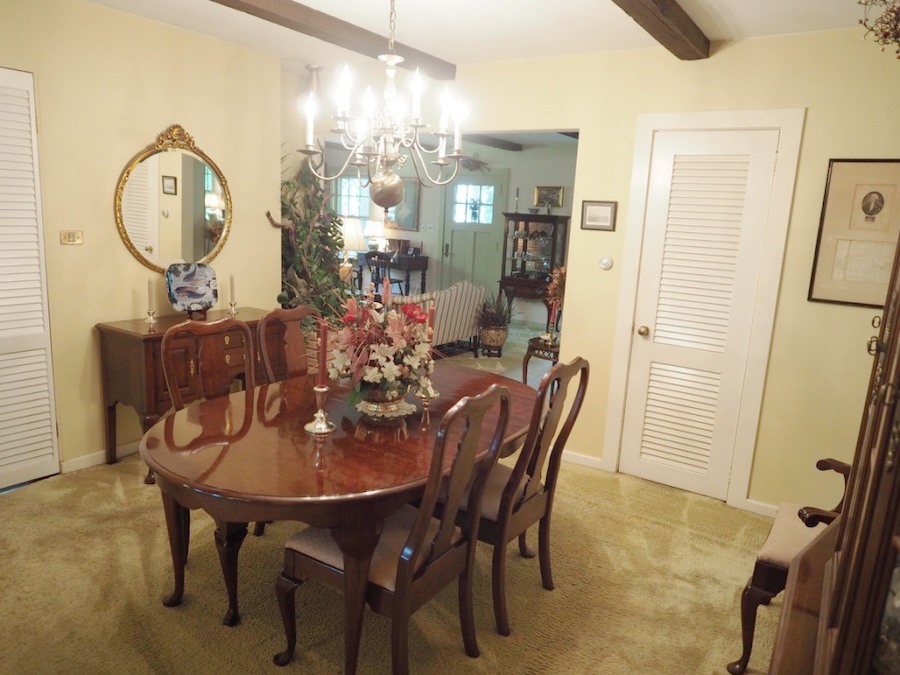 The main lot came with a Cape Cod-style house built in 1945. Aiman added several outbuildings to it in the 1950s and continued to expand and add onto the main house into the 1960s. The Coopers took over ownership of Cindy’s childhood home in the late 1960s and added some of their own touches to it.

This much we also know about Aiman: The man loved fire and smoke. This residence has four fireplaces, one of them outdoors, and four grills, two of those outdoors.

The two indoor grills are noteworthy. 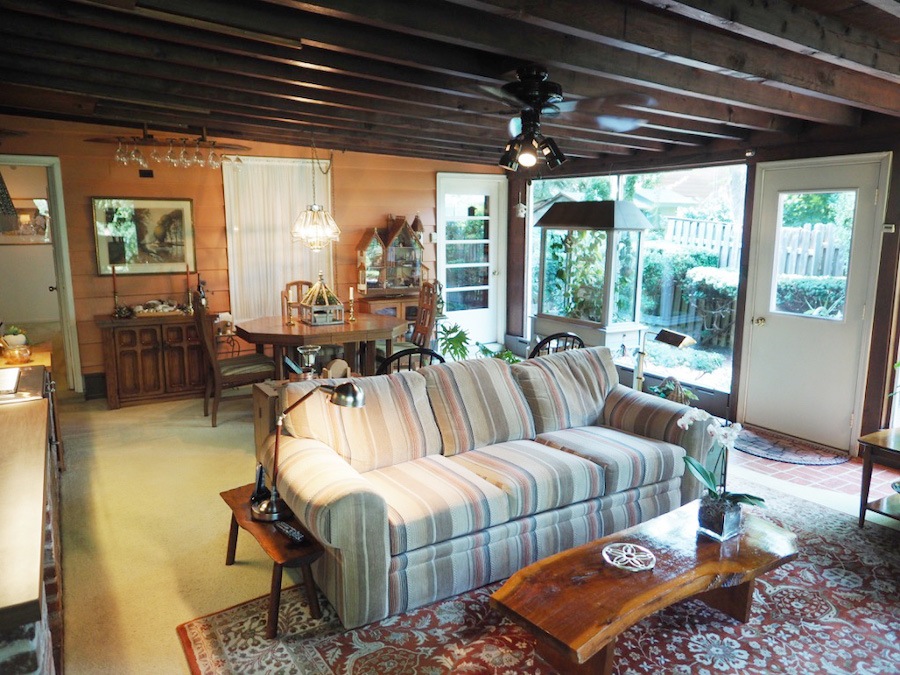 One sits in what had been a covered side porch next to the kitchen and dining room; the Coopers turned it into an enclosed second living room when they moved in. 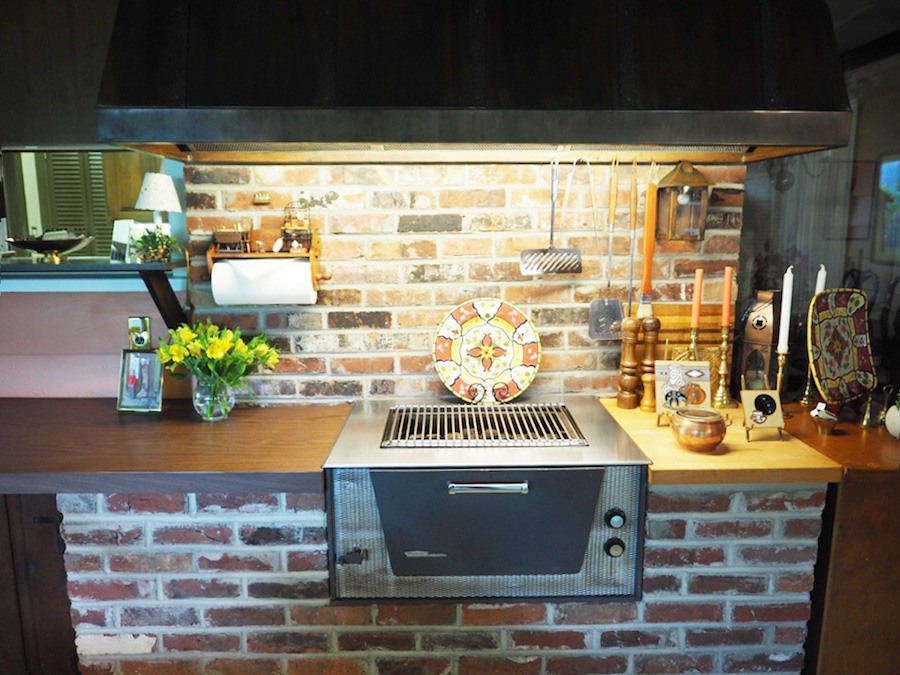 This grill is a rare bird, imported from midcentury America: A Majestic Char-Grill drop-in electric grill with fake coals. A similar model from the same manufacturer is currently being offered on eBay for $11,149, so if you buy this house for sale, I recommend you give this specimen lots of tender loving care. 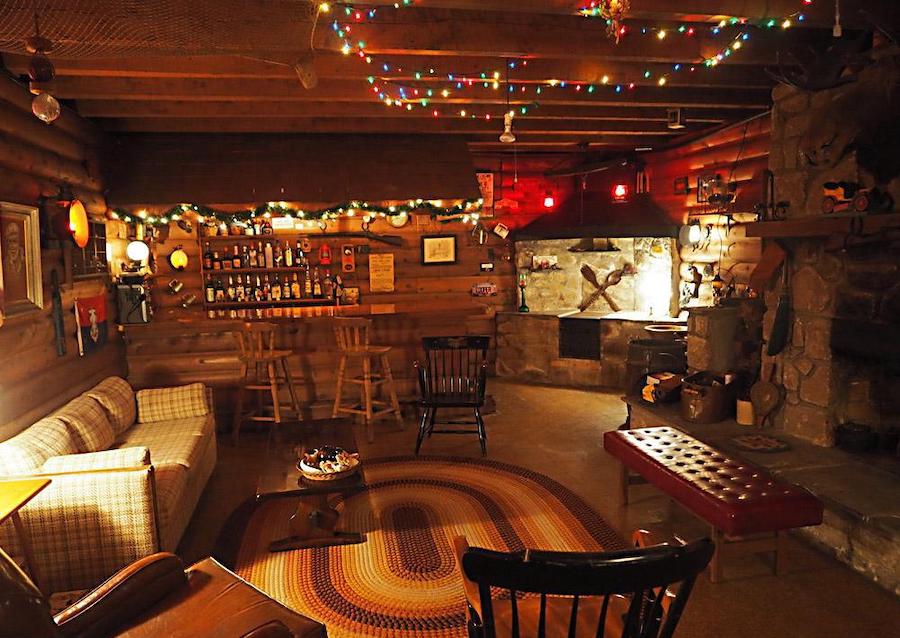 The other indoor grill is located in the basement rec room, which Aiman outfitted as a proto-man-cave with log walls, a bar, a fireplace… 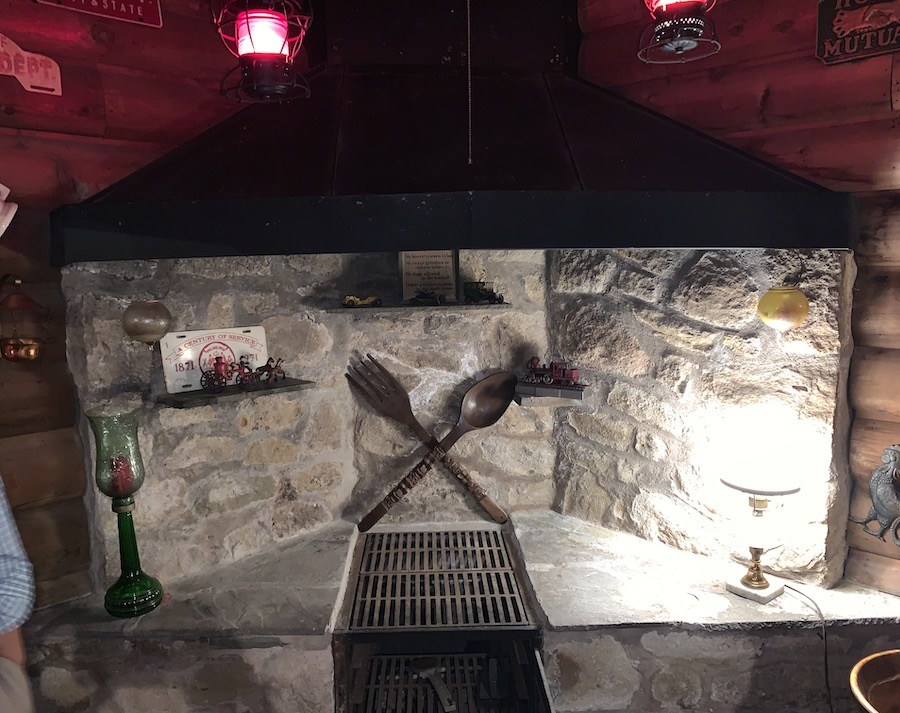 …and an actual charcoal-burning grill. Yes, you can cook on it — the hood above has a powerful vent fan installed in it. 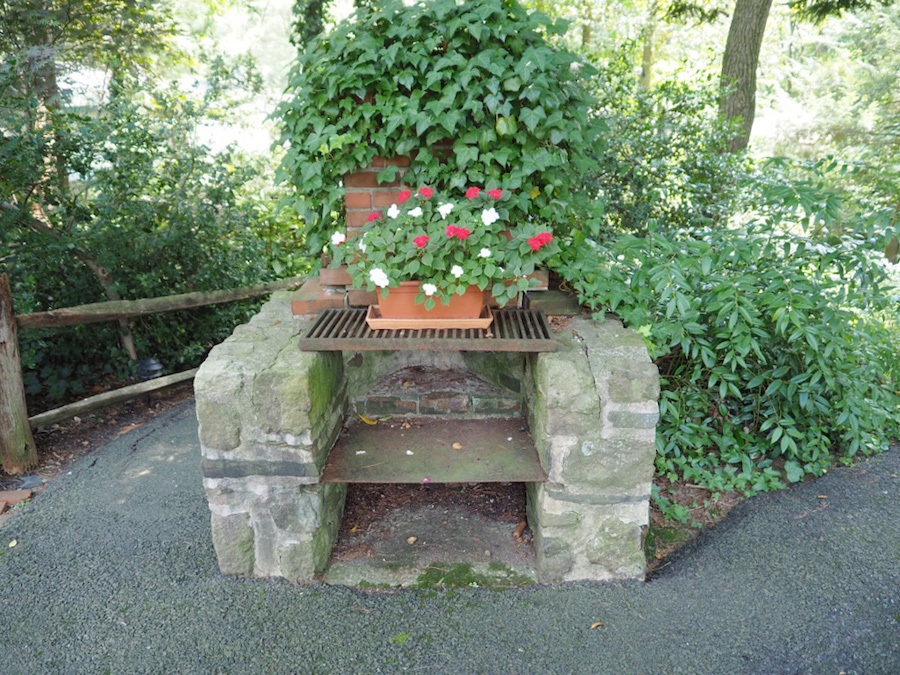 The third grill resembles the second one and is located in the backyard. 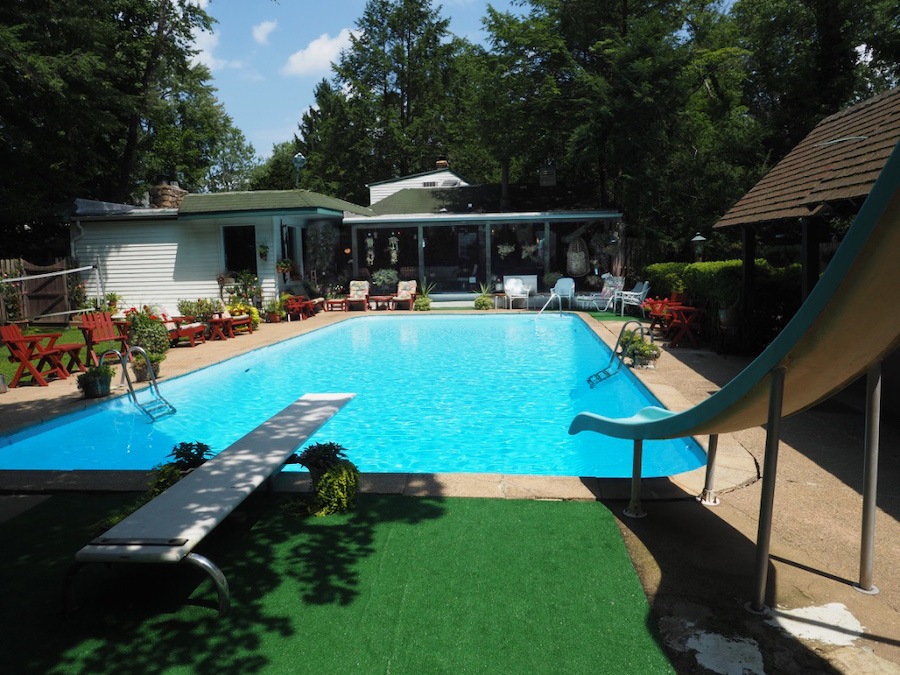 The Coopers added a fourth gas grill in the open patio next to the pool and cabana. On the other side of the pool from the cabana is a volleyball court. 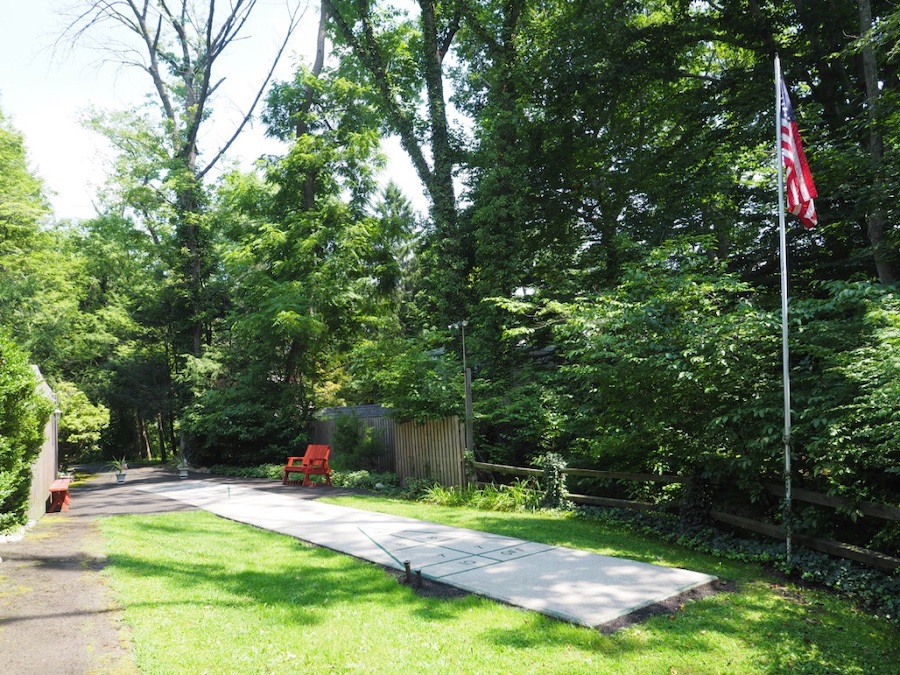 And behind the cabana and side patio, at the end of the driveway, is another piece of retro recreational equipment: a shuffleboard court. 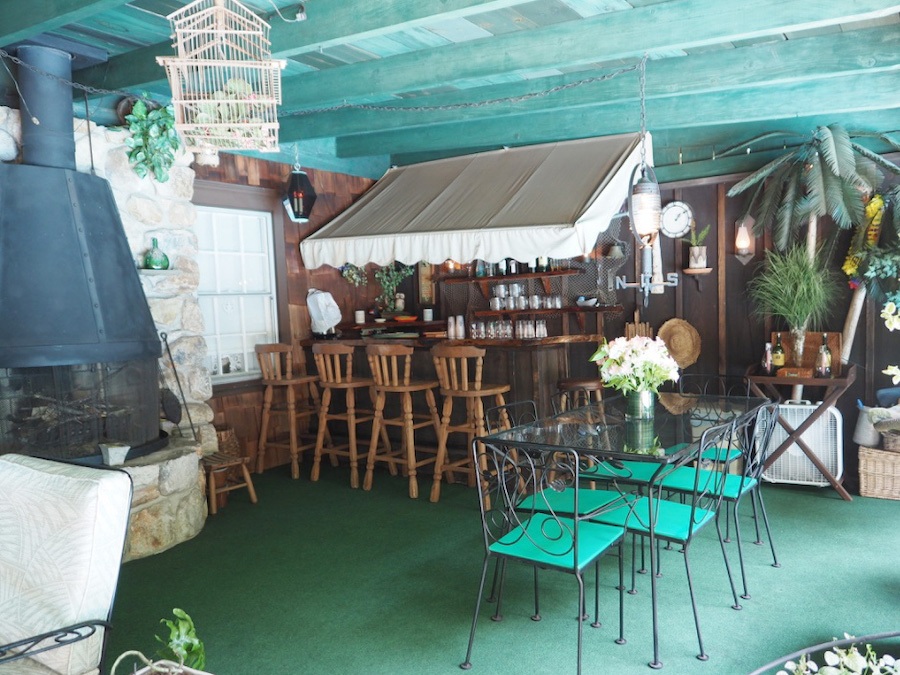 Overlooking that backyard oasis is a covered patio with a bar and outdoor fireplace, one of the Coopers’ favorite spots for relaxation. It has audio speakers installed as well. 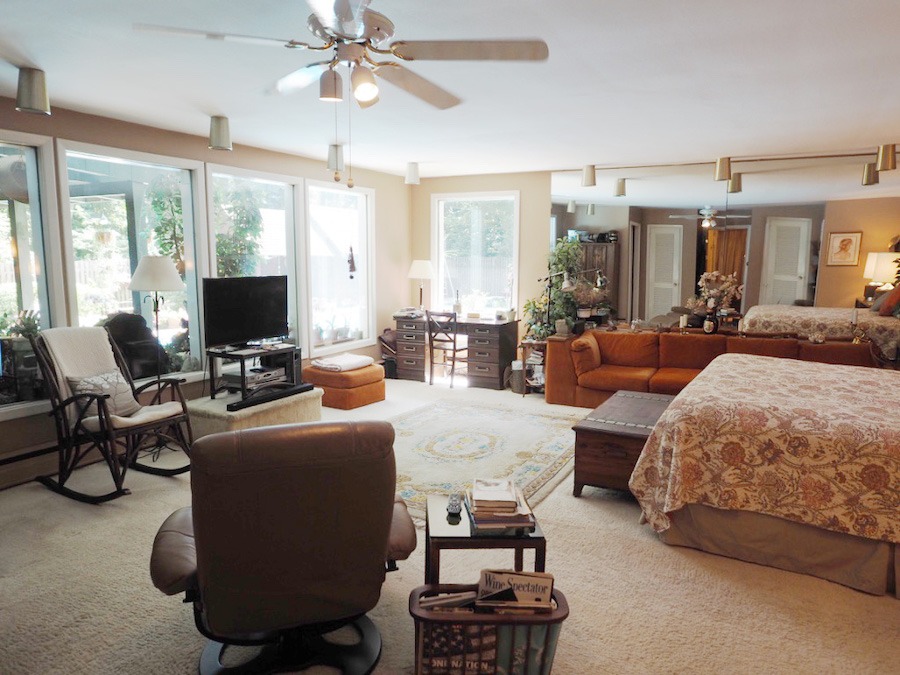 Also overlooking the oasis is the master bedroom suite, whose big picture windows face it. It too is a beautifully preserved midcentury modern space. 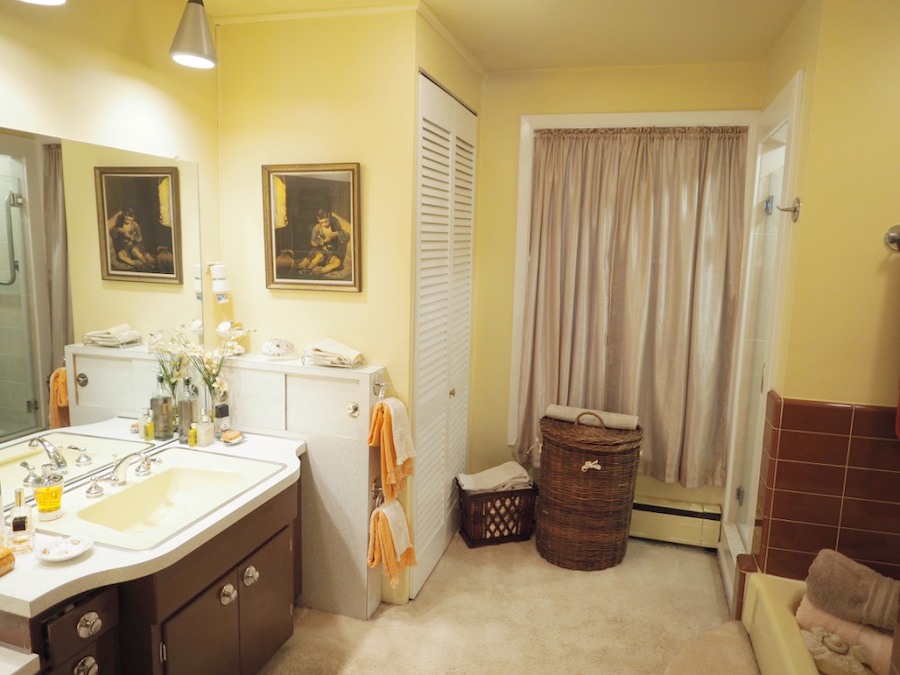 Especially its bathroom, which has a vanity, overhead lights, soaking tub and shower stall dating to the 1960s and all in mint condition. 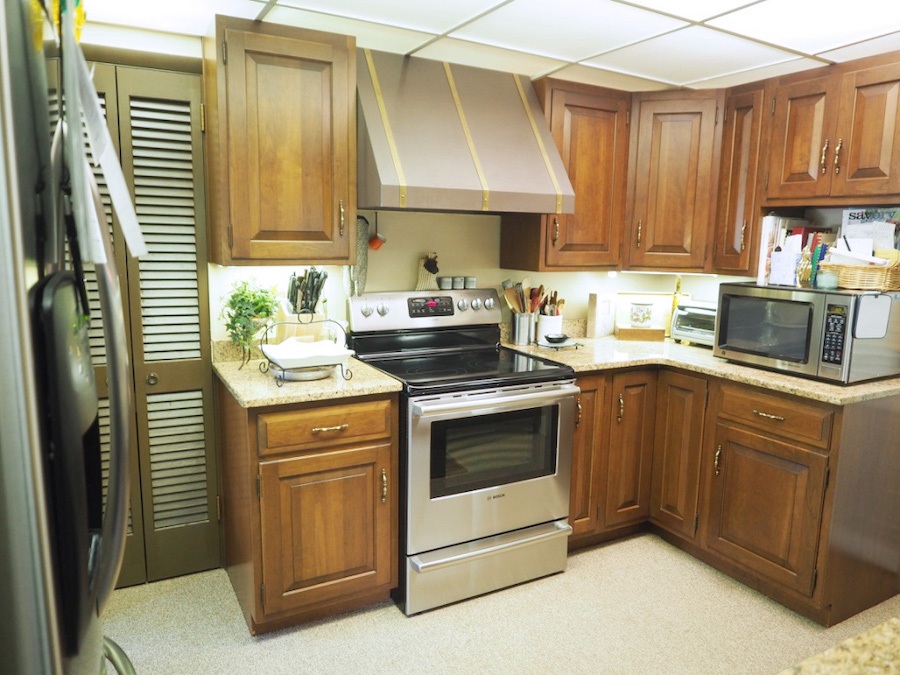 The kitchen and adjoining breakfast nook date to a little later in the decade. The kitchen has a design element popular in the 1960s and 1970s, one that has completely disappeared from contemporary kitchens: a fluorescent-lit translucent dropped ceiling. 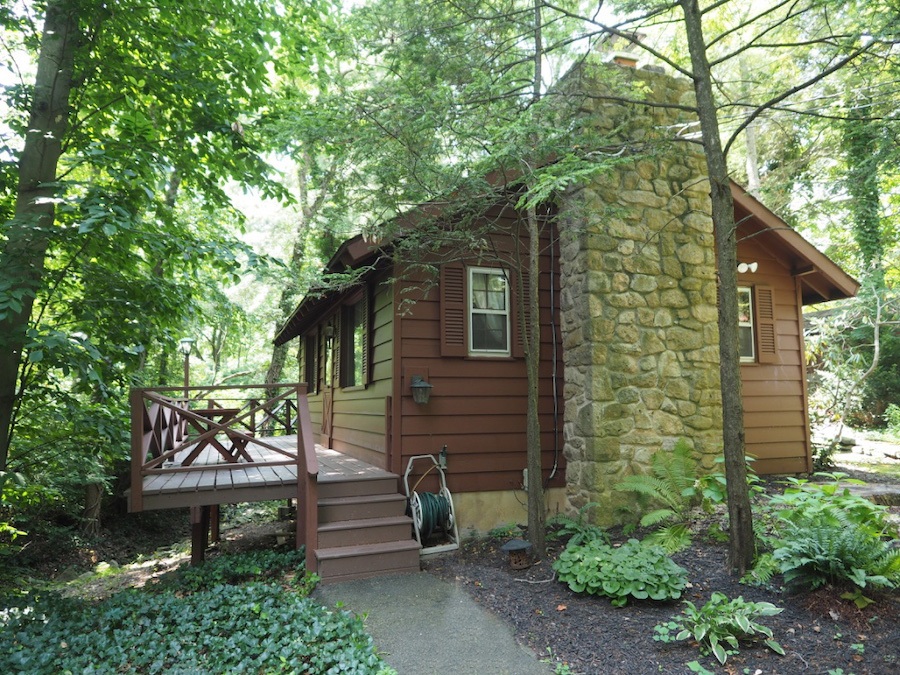 Elements of the rustic and the midcentury modern mix it up throughout all the structures on this property. In addition to the main house, this property also has a guest cottage with its own fireplace-equipped living room, bedroom, full kitchen and bathroom. 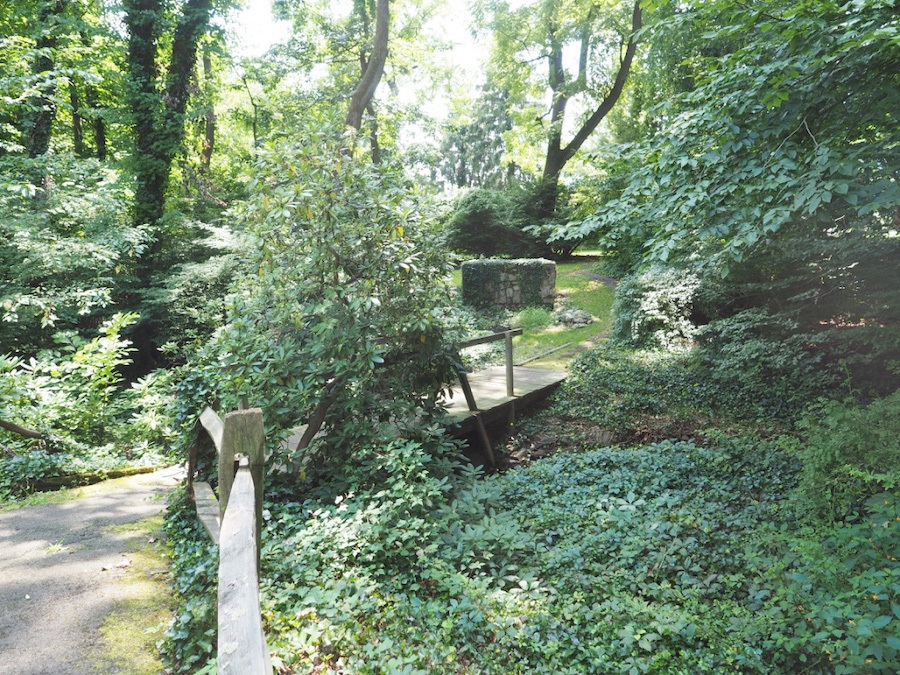 Trail and bridge over stream 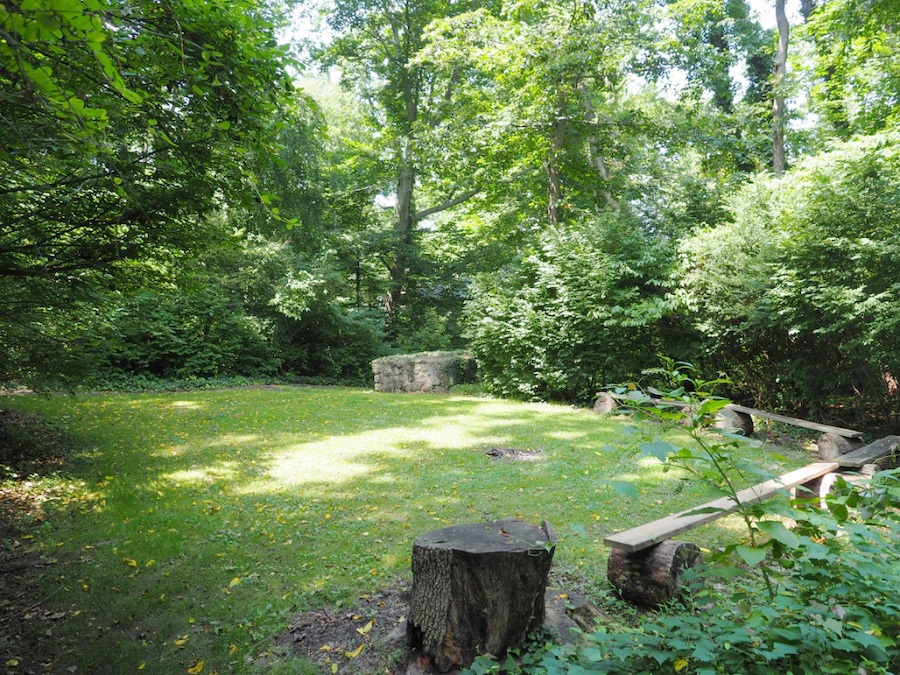 It and a four-car garage with upstairs bonus room are actually located on the Windover Road lot.

There’s much to enjoy beyond the backyard oasis as well. A stream flows through the property, and a rustic bridge crosses it to take you to a clearing in the woods with bench seating. Imagine building a campfire here and roasting marshmallows over it.

Some of the rooms in the basement need a little sprucing up, but were I you, I wouldn’t muck with this one-of-a-kind residence too much if I bought it. It’s another of those beautifully preserved throwbacks to the era when life in America suddenly got a whole lot better for millions.

OTHER STUFF: Included in the purchase price is the lot at 517 Windover Rd. that includes the garage and guest cottage.