On the Market at the Shore: Contemporary with Wraparound Deck in Sea Isle City

You can watch the sunrise over the ocean and the sunset over the bay from the deck of this house in Sea Isle City's north end. Or you could just tear the whole thing down and start over. 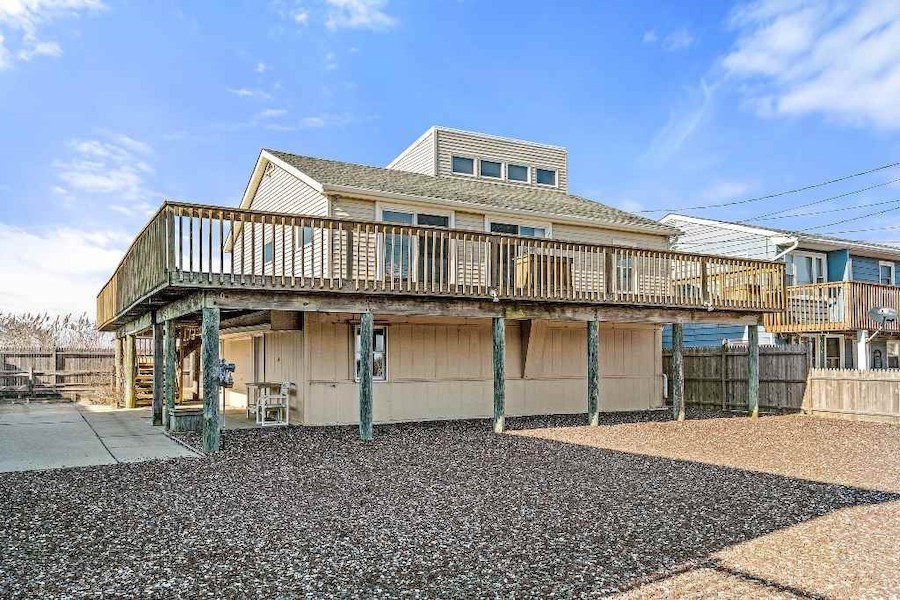 Ludlam Island, the middle child of Cape May County’s four barrier islands, isn’t as crowded as Ocean City to its north or as chi-chi as Seven Mile Island to its south. It also lacks the doo-wop, party-all-the-time vibe of the Wildwoods.

But it does have something the other barrier islands lack: a little strip of land at its northern tip where just about all the houses look out on both the bay and the ocean.

That strip is divided between Sea Isle City’s north end and the Strathmere section of Upper Township at the island’s northern tip. And it’s in the Sea Isle portion that you get the real killer views in both directions, for the only thing between you and the dunes is Landis Avenue, Sea Isle’s main drag, itself. Meanwhile, on the other side of the house lots, the marshes next to the bay come right up to the lot lines.

Which makes houses like this late-1980s contemporary house for sale such prized finds. Even more unusual is that this is a freestanding single-family house in a town full of semi-detached duplexes. 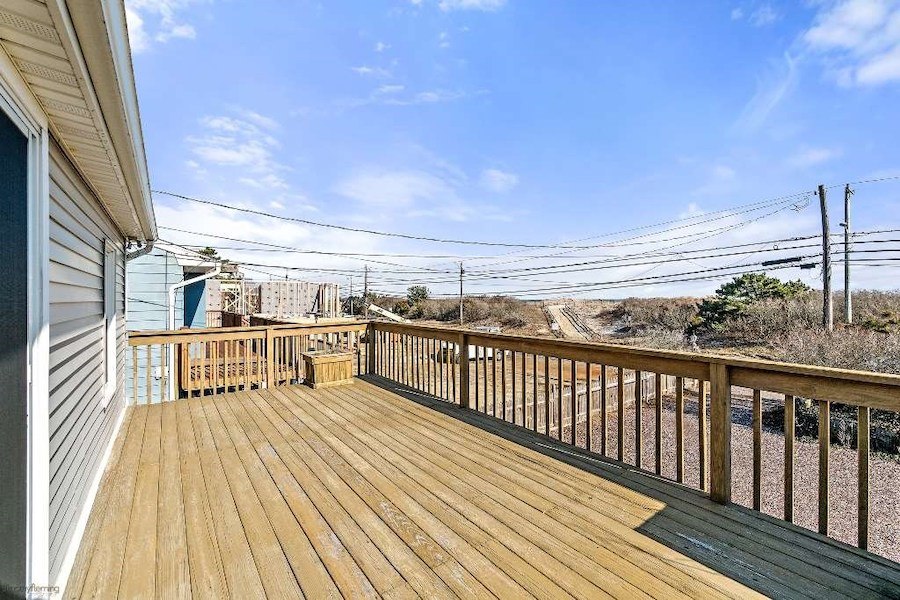 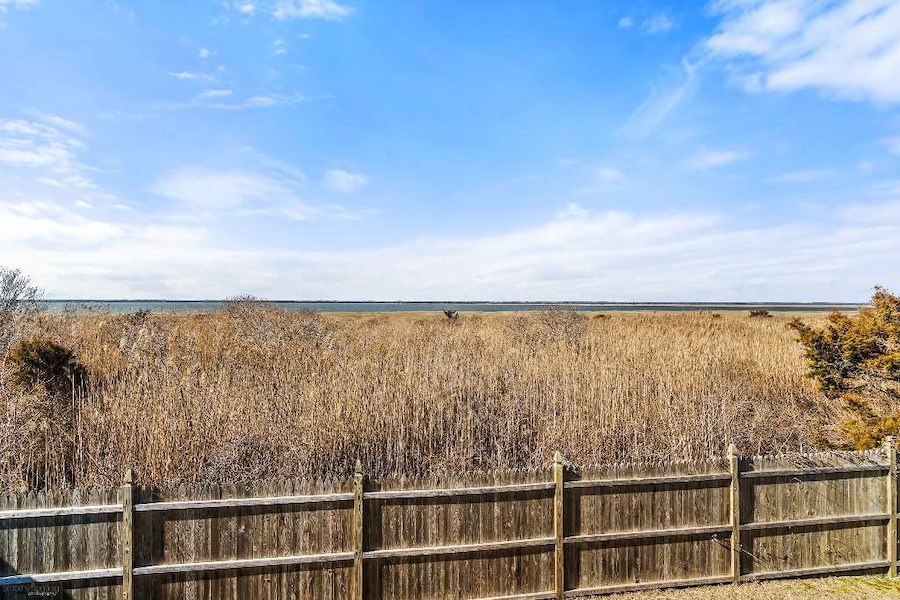 And that’s not all. This house stands further out from the crowd thanks to its large wraparound deck. 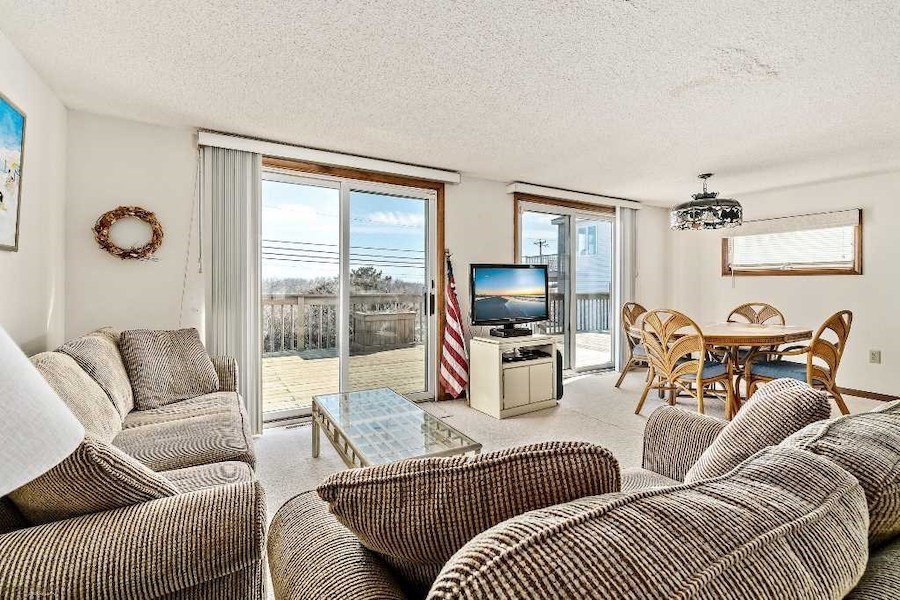 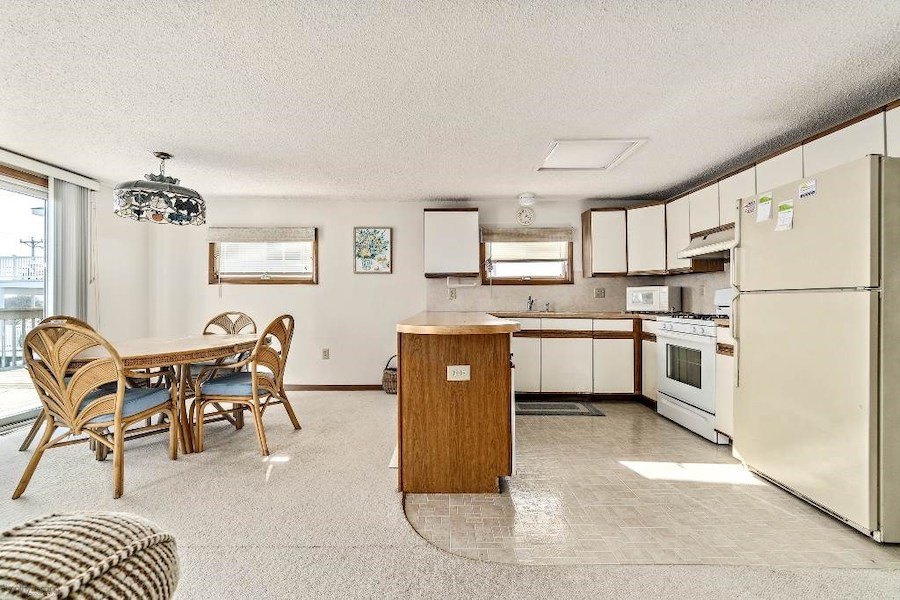 That deck is slightly wider on the ocean side of this house than it is on the bay side. Next to the ocean-side deck you’ll find the main living area, combining a living room, dining room and kitchen in a single open space. 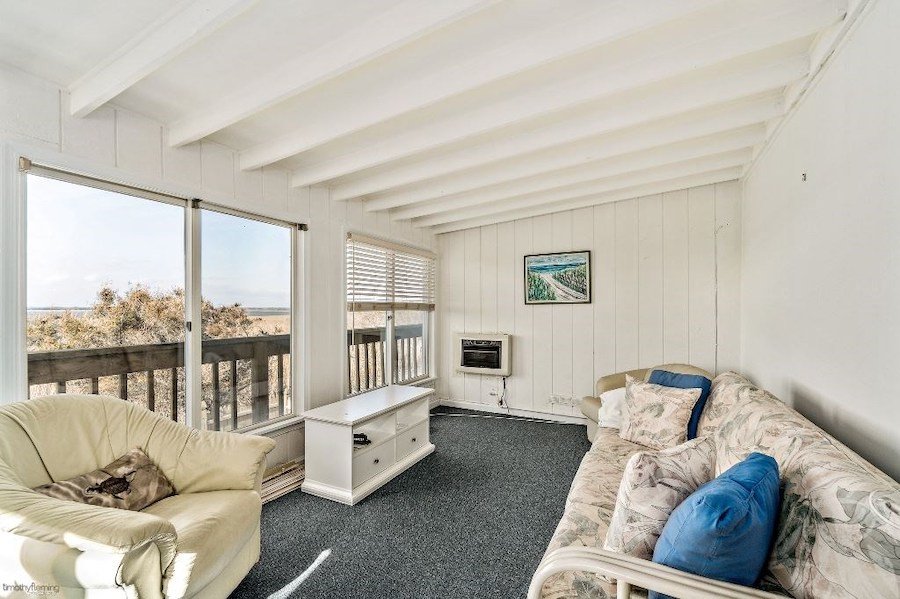 Past the kitchen is a sunroom that opens onto the bayside deck. Imagine kicking back here and watching the sunset at the end of the day. 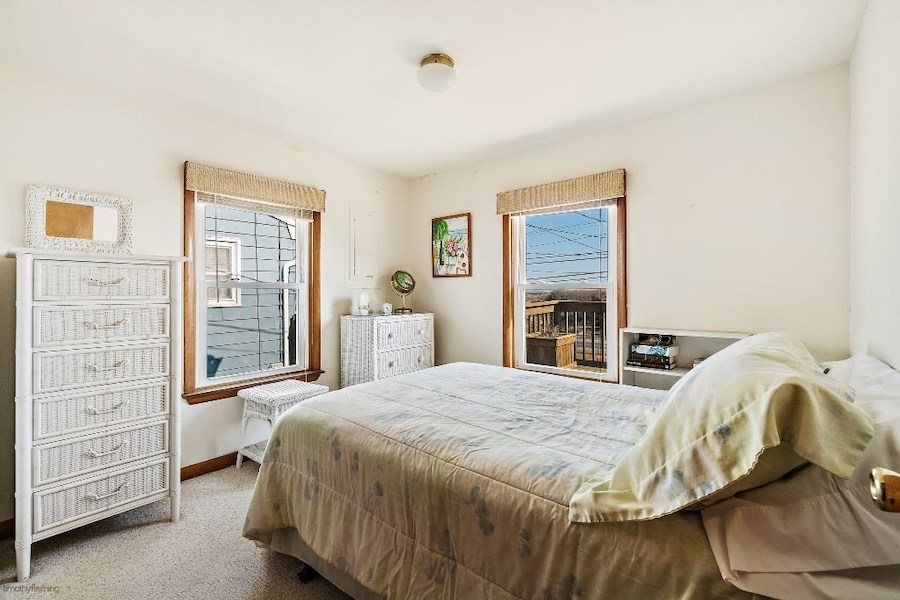 Two bedrooms, one facing each deck, a full bathroom and a half bath complete this floor. 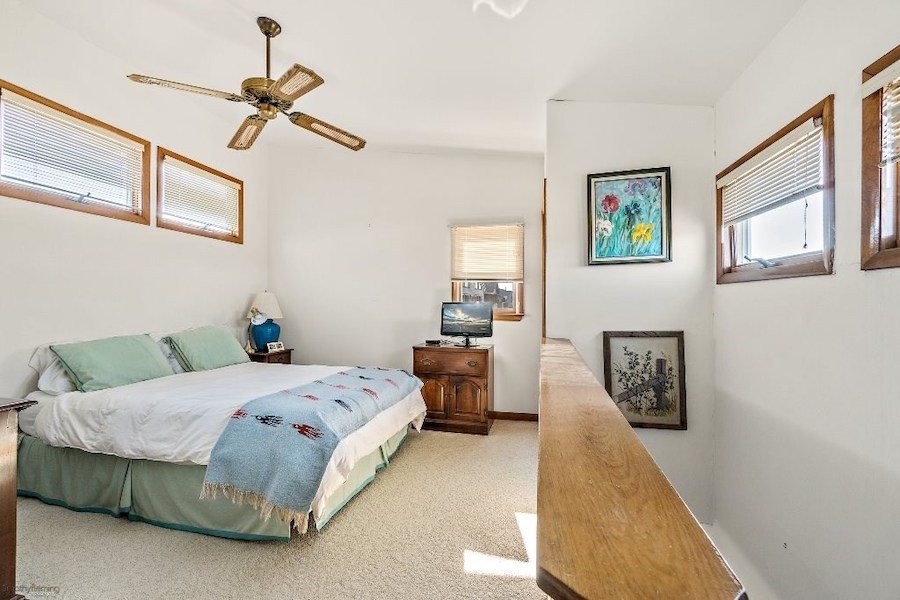 A third bedroom occupies a second-floor dormer, with windows facing both the bay and the ocean. This bedroom has its own private half bath.

This house is in good condition, and given what Shore real estate in locations like this goes for, it’s also a bargain. But it does look a little dated, and that might put ideas in your head. In fact, the agent marketing this house for sale does just that in his description. According to him, you could do one of four things with this house:

What’s your preference? You have the luxury of choice here.

OTHER STUFF: This house is being sold furnished. Its sale price has been reduced twice, most recently by $26,000 on June 28th.