This form of building can be used to create homes and apartments faster. 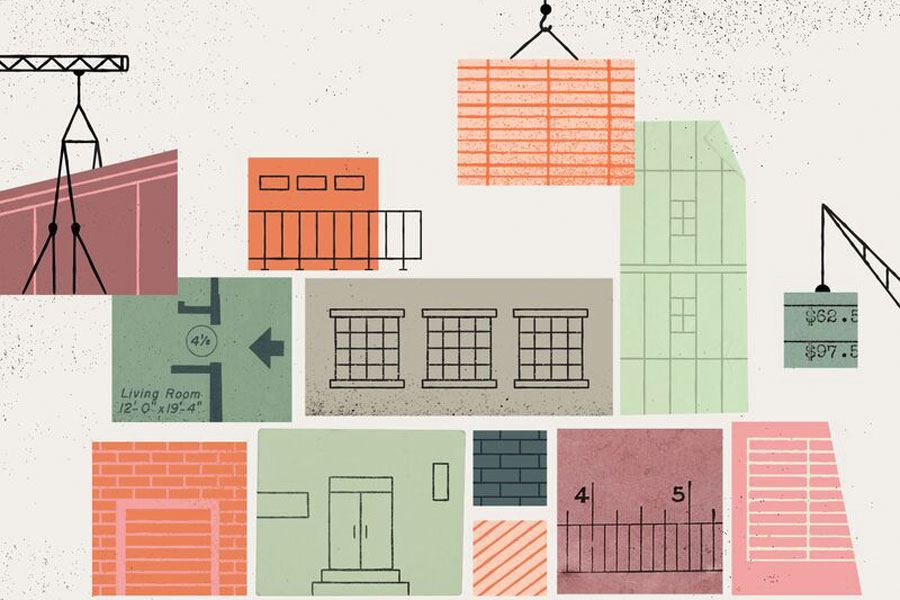 Remember how easy it was to stack those alphabet blocks you had as a kid? That’s the basic concept behind modular housing construction, a form of building that’s used to create homes and apartments. But if you’re thinking prefab and double-wide trailer homes, stop right there: LVL 4125, a 74-foot-tall apartment building that just opened in University City — the tallest building of its kind in the city — is hardly low-budget.

Alterra Property Group finished the six-story project in a mere 13 months; it would have taken closer to two years to build it the conventional way. While the 15-foot-wide, 60-foot-long modules were being built, a crew from Vaughan Buckley Construction, one of the area’s largest modular builders, spent six months preparing the site and building the foundation.

The building is geared towards graduate students and entry-level workers. Rents at LVL 4125 start at $1,350 for a studio and $1,450 for a one-bedroom apartment — not cheap, but at least $100 a month less than other new apartment buildings I’ve reported on recently.

The speed and savings come from the same place: the more efficient nature of modular construction. “It’s because of the way we value-engineer the project,” says Vaughan Buckley, the builder’s CEO.

Architects, engineers and construction crews work together as plans are drawn up, making for fewer errors. And factory building allows for continuous quality monitoring, something the city lacks the time or manpower for.

So why isn’t this type of construction spreading through the market faster? It’s partly the “trailer home” stigma still attached to it, as well as builders’ unfamiliarity with the process. But as more high-profile developers like Alterra become comfortable with modular building, more of these building-block units will likely rise. In fact, Alterra is already working on another one: NEXT LVL, just down Chestnut.

If that momentum continues, this process could become a way to build faster, more accessible housing across the city. And with the stylish and modern designs, when you move into such a home, you probably won’t even realize it.

Published as “Thinking Inside the Box” in the July 2019 issue of Philadelphia magazine.